When Lisa Niemi’s husband, Patrick Swayze, passed on, she did not know how to move on. She had spent decades with her “angel” and could not get past his death. Years later, he appeared to her in her dreams and blessed her second marriage.

Actor Patrick Swayze and Lisa Niemi met as teenagers when Niemi took dance lessons from Swayze’s mother, Patsy. Niemi’s first impression of Swayze was that he was buff and tan with a dazzling smile. While she was a bit shy, she recalls him being confident and very popular.

They soon fell in love, but Niemi wanted to travel the world and dance before settling down. Nine months earlier, she had moved out of home and lived in a tiny one-bedroom apartment in New York with Swayze. 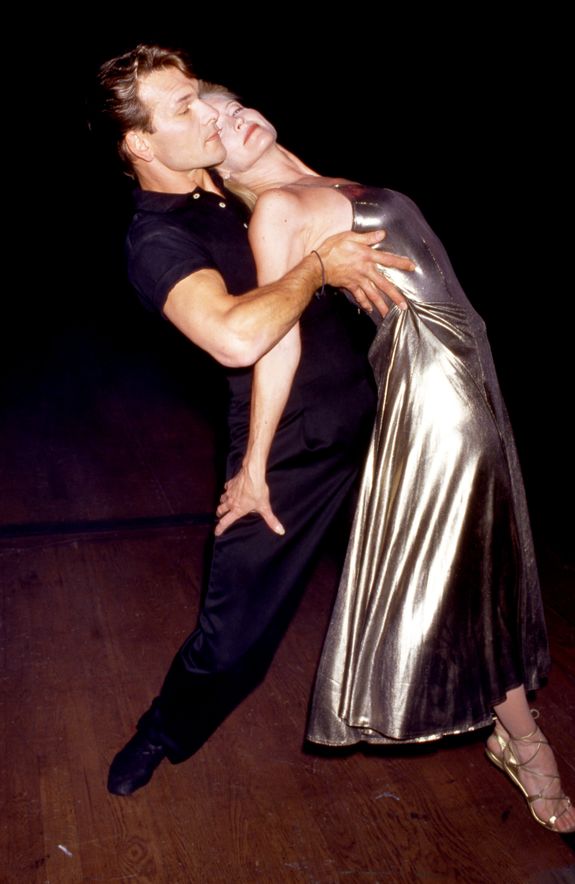 When Swayze introduced the topic of marriage, Niemi shied away. And when he asked when she thought they should get married, she tried to buy time, saying they would wed the following fall, a year and a half later. Disappointed, Swayze answered:

“I think if we’re going to do it, we should just do it right away. Like next month. What do you think?”

With a little more convincing, Niemi gave in, and in 1975, the two walked down the aisle. They made a vow to each other to stay together till death did them part.

They were married by the most excellent priest, Father Welch, a Swayze family friend. Patsy had done some musical theatre with him and often said he had a crazy sense of humor.

Niemi says that everything came alive whenever she looked into Swayze’s eyes. Still, their marriage was far from perfect and was marred with Swayze’s “demons” and alcohol abuse. Unable to cope, they broke up.

THEY SHARED A LOVE THAT KNEW NO BOUNDS 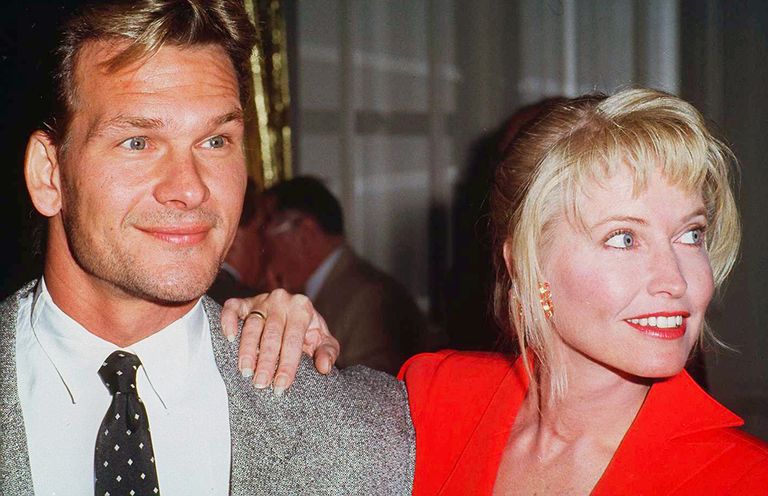 Swayze’s demons were too much for the lovebirds to stay together, but their love proved even stronger, and after a short while apart, they got back together. They had a good union before their joy came toppling down after Swayze was diagnosed with cancer.

On New Year’s 2008, Swayze and Niemi were visiting friends in Aspen, and everyone had raised their glass of champaign, ready for a toast. When Swayze swallowed his sip, he grimaced but kept mum. The same thing happened again throughout their trip.

Once they returned to Los Angeles a week later, he approached his wife and asked her if his eyes looked yellow. He had had a bad case of indigestion and barely ate anything for the last two or three days. 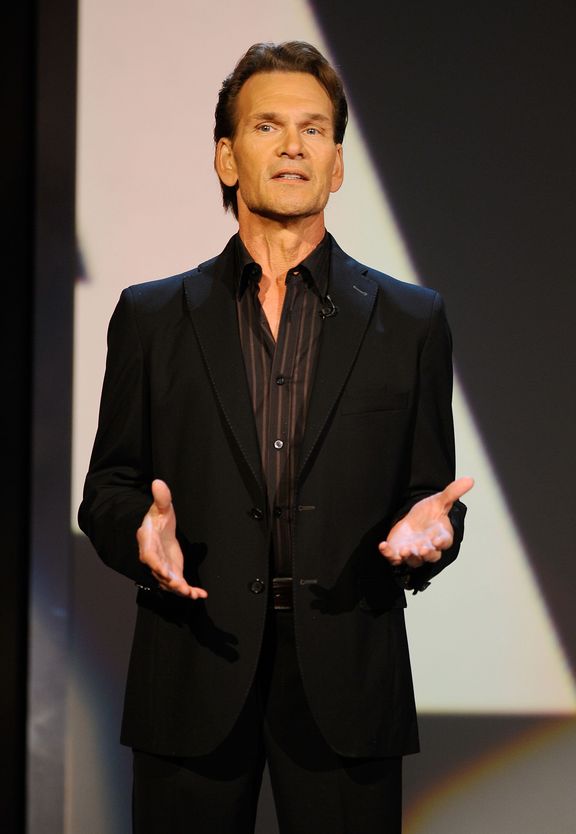 Niemi said they would see the doctor first thing the following morning, even as Swayze assured her there was no need to rush. However, Niemi was adamant and said:

The doctors discovered he had pancreatic cancer and feared it had spread to his other organs. He would need surgery because, as the doctor advised, that was his best chance at surviving. 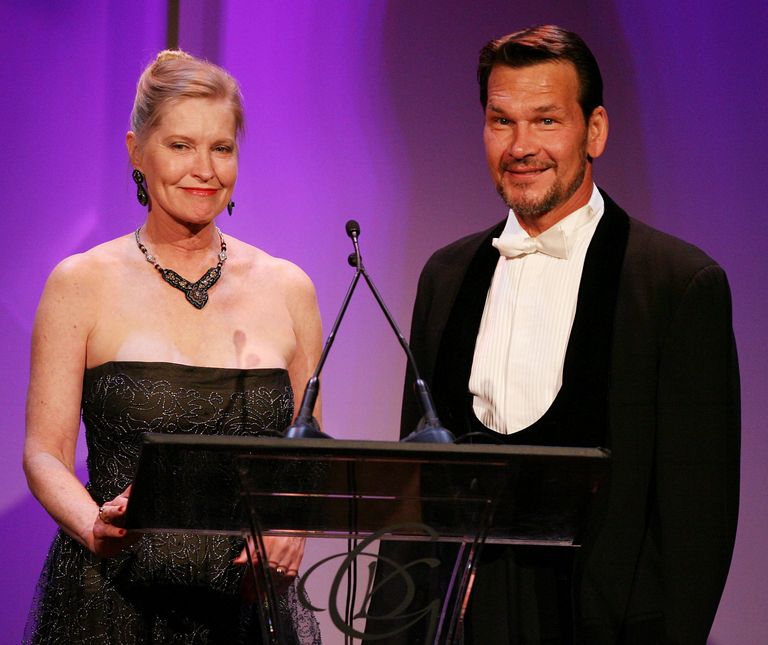 Initially, the doctors gave him a few months to live as the disease was reportedly very aggressive. However, reports later claimed that despite the terrible diagnosis, the prognosis was optimistic.

All through his illness, Niemi stayed with him and never left his side. She cherished every day she spent with him and considered it a victory.

A SAD END FOR SWAYZE 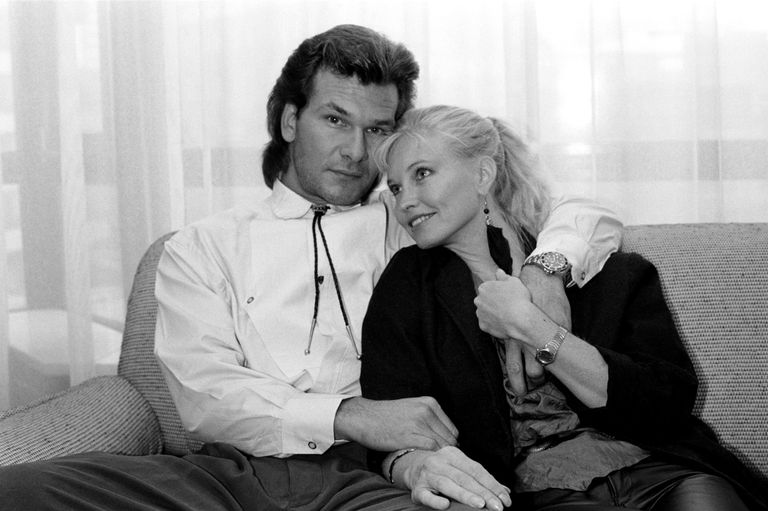 Even though doctors felt he could fight the disease, Swayze’s condition deteriorated. Niemi continued staying by his side, sleeping in his bed, hugging him, and holding his hand.

Sadly, on the morning of September 14, 2009, Swayze breathed his last breath as his wife sat by his side and felt for his pulse. The disease had claimed the iconic actor after only 22 months.

It was a sad day for Niemi and the world at large. She had lost her friend, lover, and husband, and dealing with the loss became a tough hurdle for Niemi to cross. At his funeral, Niemi admitted that Swayze had become her “angel.”

A year after his unfortunate demise, Niemi was still texting her husband on the phone. She shared that texting him made her feel his presence. While it may appear strange, psychologists recognize it as a way of dealing with grief.

It is a common way of dealing with grief referred to as magical thinking. Niemi would say that she often texted her late husband whenever she traveled and then cried a bit. She confessed: “I just put what I always did: ‘I love you.’”

“And then I cried for a little bit to myself. So either somewhere out there he received it, or someone’s going, ‘Somebody loves me!’ And you know what? I figured it was a win-win situation.” She added.

A few months after Swayze passed, Niemi returned to riding horses to cope with the pain. She especially loved riding Kuhaylan Roh, Swayze’s white stallion, which he rode in 2008 as they renewed their vows.

HE APPEARED TO HER IN A DREAM

Overcoming grief was complicated for Niemi, but falling in love proved even harder. Several years after she lost Swayze, Niemi met a man named Patrick DePrisco through mutual friends.

She did not think she’d love again but fell for the jeweler and described falling in love as a “sick feeling, butterfly stomach, rubbery legs, and diminished mental capacity.” She shared that love felt like:

“Being paralyzed, like some kind of speared fish, floating helplessly after a powerful sedative.” 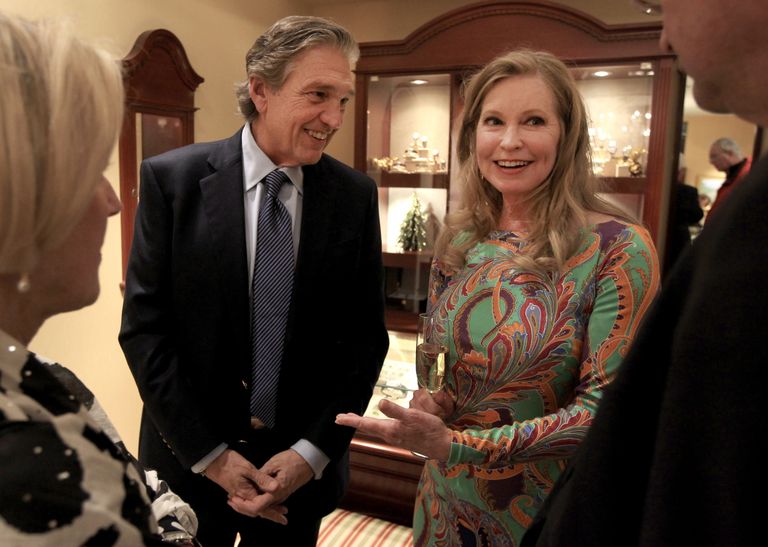 Sadly, the pair split in 2013 because she still loved Swayze and could not handle the grief of losing him. The question of their long-distance relationship also caused strain on their romance.

And yet, when they split, she cried for hours. Luckily, they reconciled shortly after and dated for a while before DePrisco went down on one knee and proposed to her on Christmas Eve, 2013 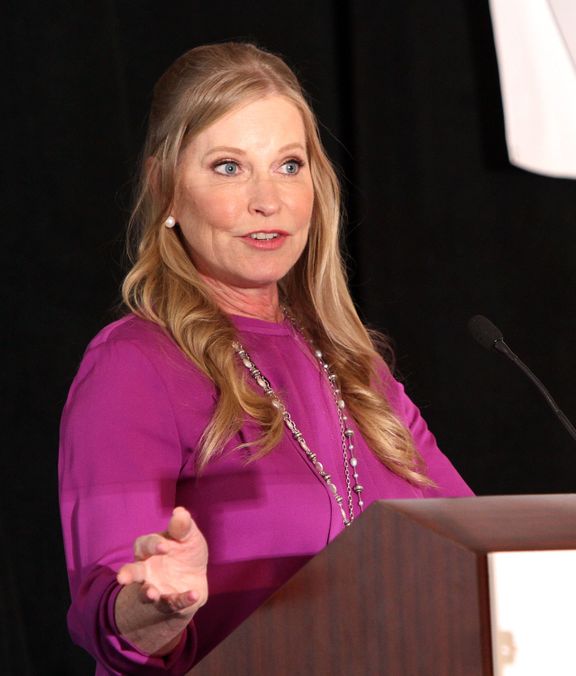 Accepting the proposal was a leap of faith for Niemi, and she often wondered whether she was ready to spend her life with someone else. She then confessed that her feelings for both men had never been conflicted before the proposal.

The proposal meant she would marry DePrisco, but she started having cold feet. She would share with People the crossroads at which she often found herself:

“Albert knew I still loved Patrick and would always love him and told me, ‘And I know you love me, and I love you.’ How could I not marry this man?” 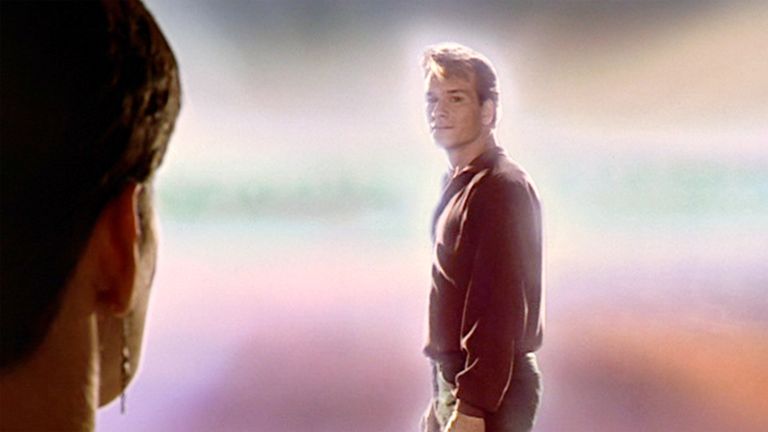 Even though DePrisco understood her position, she still wasn’t convinced. However, a month before she wed DePrisco, she dreamed about Swayze. She said: “About a month and a half ago, I had a dream about Patrick. It was like he was giving me his blessing and letting me know it was okay.”

She had her green light to marry DePrisco, and the two walked down the aisle in May 2014, surrounded by 50 family and friends. In 2019, Niemi admitted that she still loved Swayze, and she never did stop. However, she is also happy in her marriage to DePrisco, with who she sees a bright future full of happiness.