Alan Jackson is one of country music’s biggest stars. He lends his incredible voice to the timeless classic, ‘America the Beautiful,’ in a wonderful patriotic salute to our country. 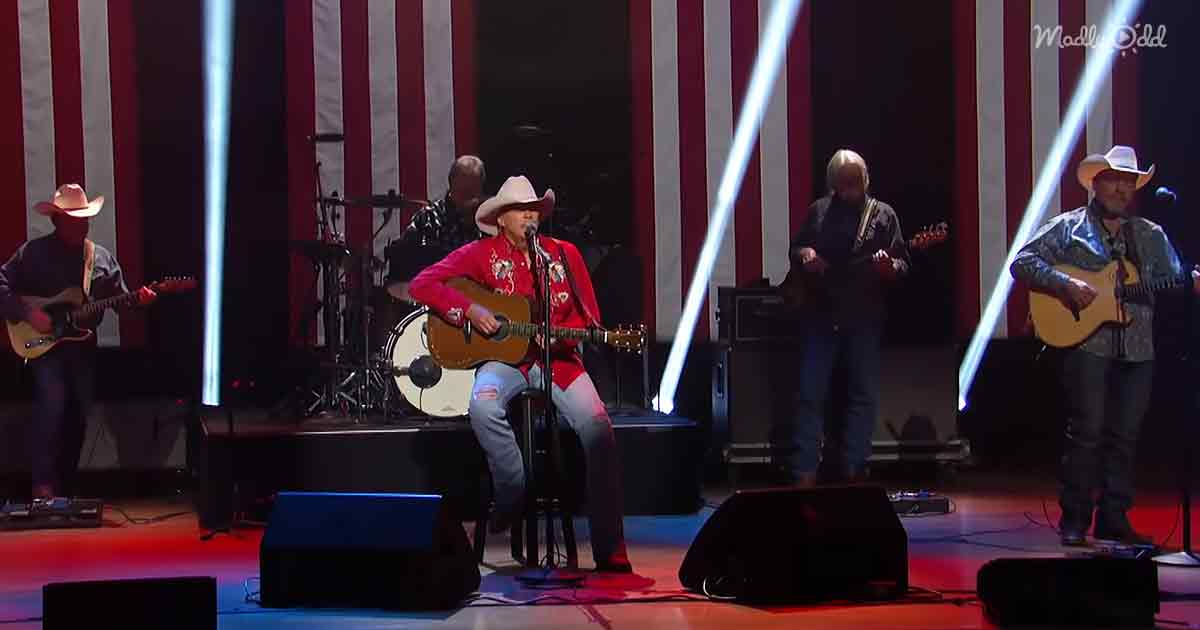 The song begins softly with only guitar and piano accompaniment. Alan is wearing his signature cowboy hat and a red collared shirt with jeans and boots. The beginning strains of the first verse are delivered with reverence.

The performance features a fiddle, three guitarists, and two piano players. The stage has flashing red and blue lights with American flags hanging in the background. Alan is positioned sitting on a stool singing with spirit. 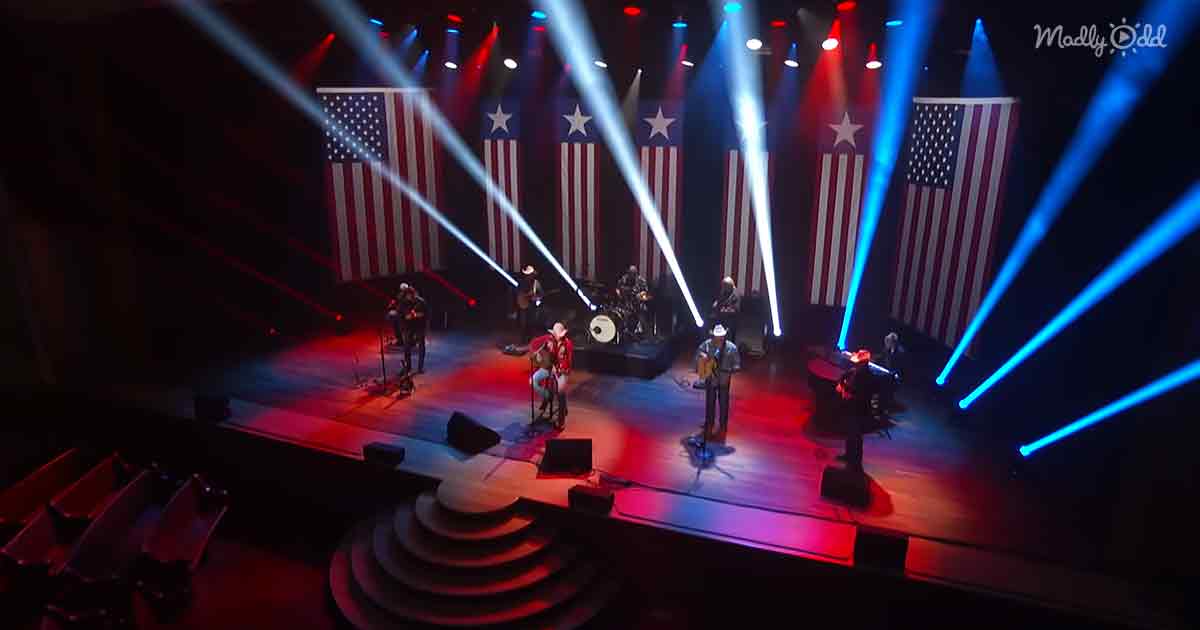 When he sings the lyrics, ‘Thine alabaster cities gleam,’ there is footage of a city and then a countryside with a lake. It continues to show pictures of the sky, rivers, waterfalls, and all sorts of nature.

When Alan sings the song’s last words, ‘And crown thy good with brotherhood from sea to shining sea,’ he puts his hand on his heart and closes his eyes. 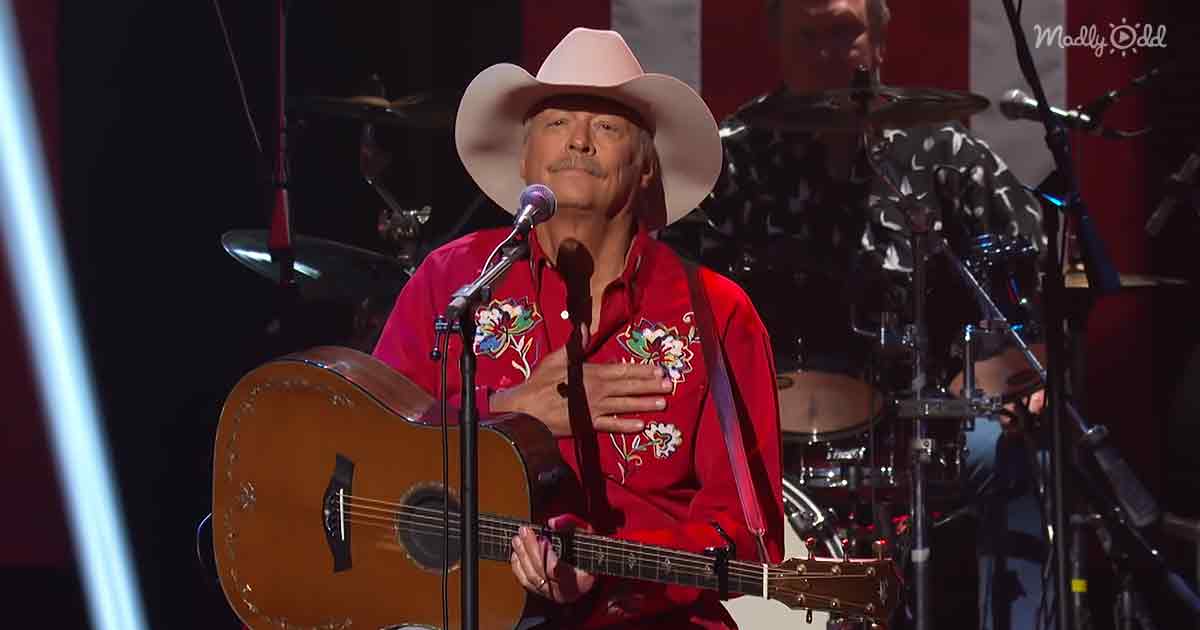 ‘America the Beautiful’ was written by Katharine Lee Bates and originally planned as a poem called ‘Pikes Peak.’ It was published on July 4th, 1895, in a church periodical. Samuel A. Ward composed music for the poem, and the first rendition of the complete song appeared in 1910. Bates and Ward never even met.

While Alan Jackson is known for his hits, including ‘Chattahoochie’ and ‘Remember When,’ his stirring rendition of the song that honors America is one of the best ever. Alan’s voice has never sounded so perfect on a song, and the band comes together to make this a memorable version.