After a woman successfully outraged other patrons at Disneyland with her breaаts, she fired back at her “haters.” But, did she go too far? See the image for yourself and decide whether the park-goers had a right to be furious or if this lady was justified in her response. 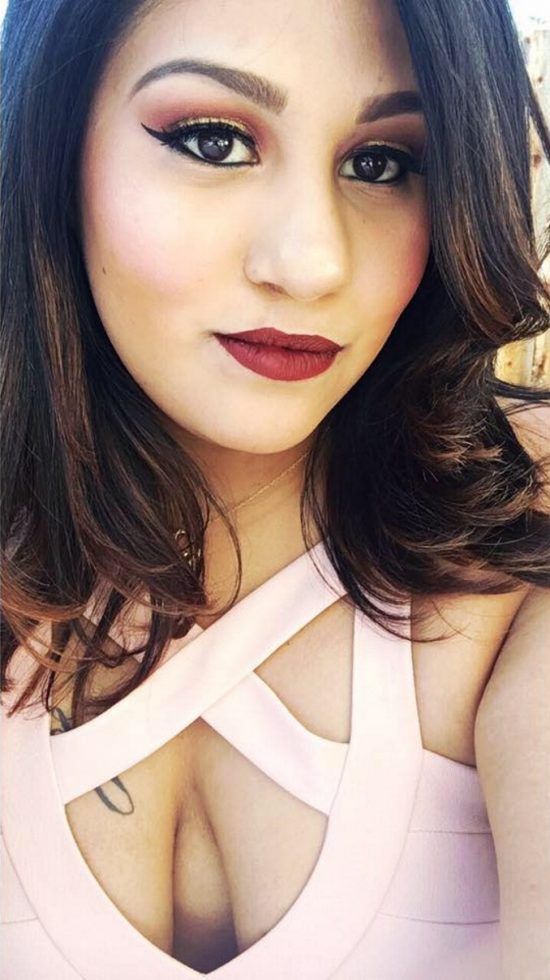 Brittni Medina was at Disneyland in Anaheim, California, with her 10-month-old son and her husband when the mother-of-two managed to upset other patrons in the park — and all it took was one look at her breаsts. She and her husband are annual pass holders and, as such, visit the amusement park often. But, one visit wouldn’t go like all the rest.

Things took a turn while Medina was standing in a very long line. She didn’t want to lose her spot, but there was a problem. Her infant son wanted to be fed. So, Medina did what many breаstfeeding mothers do. She nursed her son. However, this proved to be a problem. 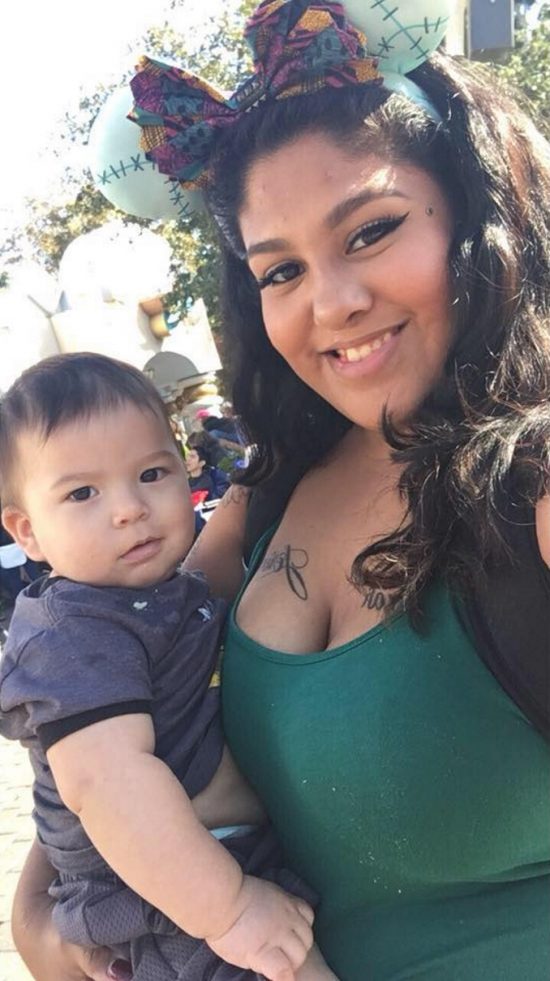 Instead of asking for someone to hold her spot, she fed her hungry baby from her breаsts while standing in line. But, as she nursed openly, Medina soon realized that some of the people around her weren’t too happy with what she was doing.

According to Medina, two women began criticizing her for breаstfeeding in a public place, making loud comments in which they claimed she should have gone somewhere more private to feed her child. Rather than ignore the comments, Medina decided to get even, and all it took was one photo.

As she continued to nurse, Medina moved a little closer to the women before asking her husband to snap the picture. In the background of the resulting shot, the two woman watch the smiling mother as she holds and nurses her son, their disapproving faces perfectly captured on camera. 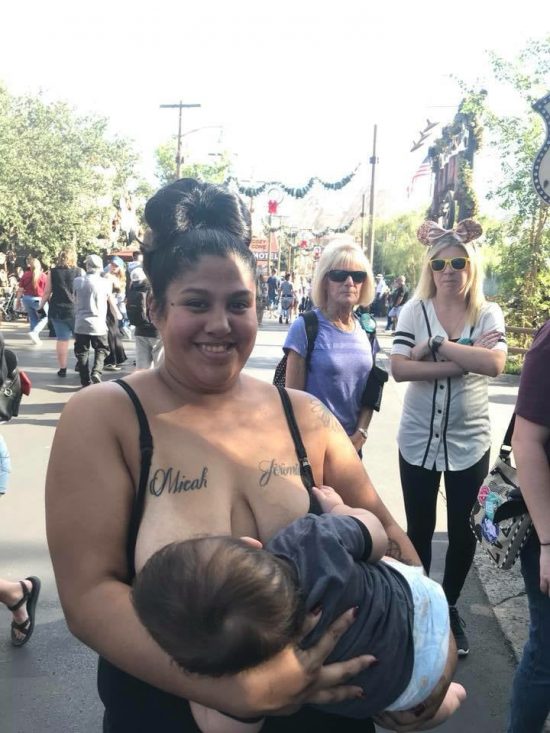 Medina took to Facebook with the image and recounted the incident in which she alleges she was shamed for breаstfeeding her son at Disneyland. “These women were making snarky comments so I moved from my spot to catch a picture with these characters,” she wrote in the social media post in a public breаstfeeding group.

Medina said the purpose of the picture was “not for attention for me but attention to the fact NO WOMEN SHOULD BE SHAMED FOR FEEDING THEIR BABY UNCOVERED.” The unashamed mom, who smiled widely in the photo, described herself as “pretty comfortable feeding anywhere, anyway.” 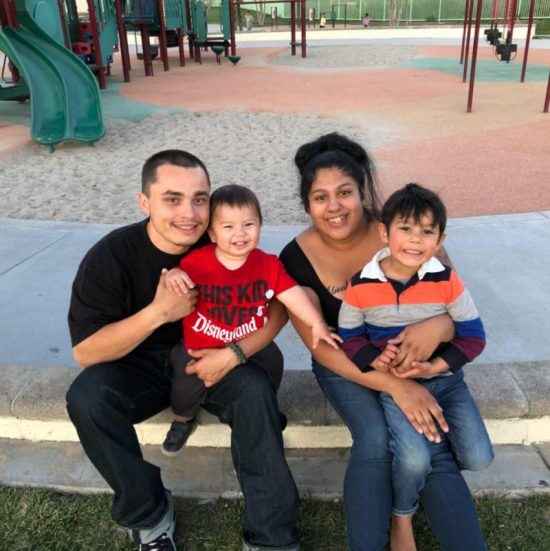 Brittni Medina with her husband and sons (Photo Credit: Facebook)

In her post, she also recounted her amused reaction to the women’s remarks. “These ladies were so angry by it my husband just had to take a picture. Peep the haters,” she wrote. “Characters of the day.

Just had to get a picture!” As for antagonizing her haters, Medina owns it.

“I actually stepped a little over to get them in the picture because they were talking loudly saying how I should go to the restroom to feed,” she told Popsugar. “I was happy my husband could capture me and my son happily feeding and I thought the looks on their faces were priceless.

I mean, how could they be so mad?” 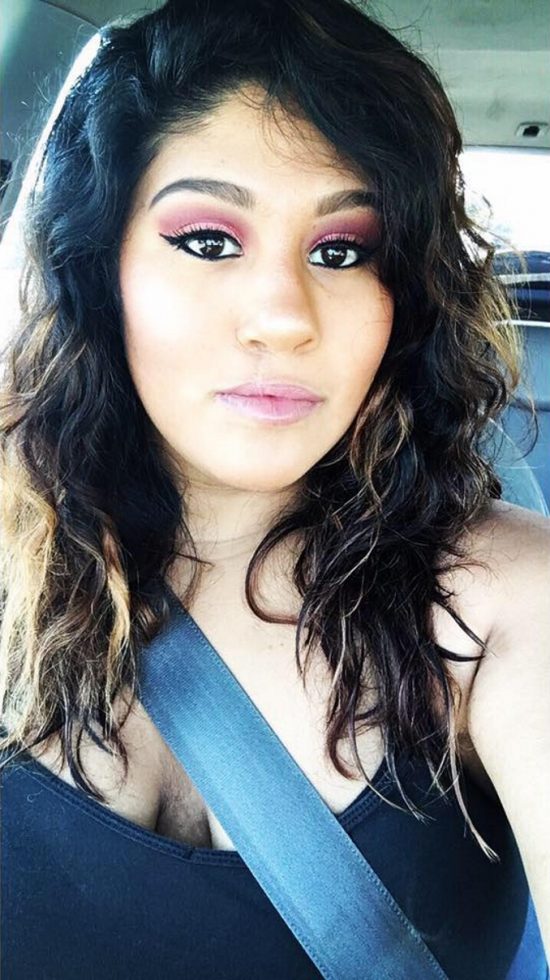 Medina says she used to cover up while breаstfeeding her eldest son but has stopped doing so because she finds that it doesn’t keep others from judging her, according to the Daily Mail.

“I covered with my first son, but honestly people will complain no matter what you do!” she said.

It seems this is simply a case of “live and let live.” Focus on yourself instead of what others are doing, and you won’t find so many reasons to be “offended.” People just need to stop looking for a reason to be angry. 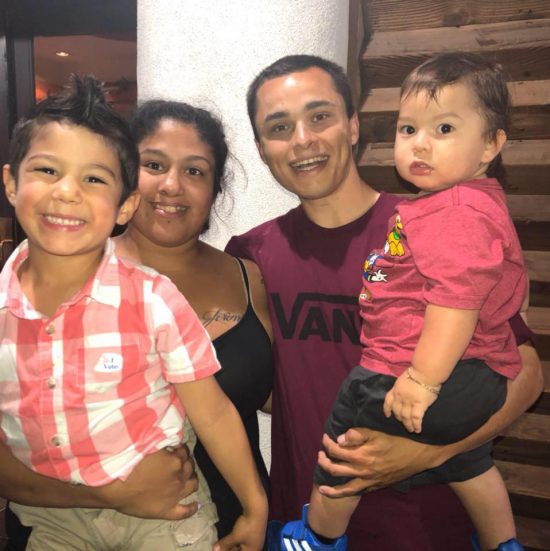 Brittni Medina with her husband and sons (Photo Credit: Facebook)

Perhaps Brittni Medina could have chosen a better top for the purpose of breаstfeeding, one that provides more coverage, knowing this could be an issue. Then again, when I’ve been waiting in a busy line, it’s really hard for me to take notice of what everyone else is doing.

Usually, I’m too busy talking to those I’m with and making my own memories.

Medina isn’t without blame here. Her response was tacky. If someone is obviously uncomfortable with what you are doing, you aren’t going to win them over by rubbing their face in it. It would have served the breаstfeeding debate better had she simply ignored the women rather than drawing negative and very public attention to the act. Two wrongs don’t make a right.

An overreaction to an overreaction is what we have here. Meanwhile, other innocent park-goers were faced with witnessing this unnecessary dispute.