Pierce Brosnan found a precious treasure—he fell in love with the perfect soulmate two times in his lifetime, an act many celebrities struggle to experience. However, his love story is enveloped in a tragedy–more on the Hollywood connoisseur’s love life.

Undoubtedly, Pierce Brosnan, who hopped on the James Bond franchise as the irresistibly dashing English intelligent officer, was able to capture hearts onscreen and offscreen.

From time immemorial, the British actor possessed the Hollywood bad boy handsomeness, coupled with his build, and of course, fame and fortune, which made it impossible for him not to have female fans. 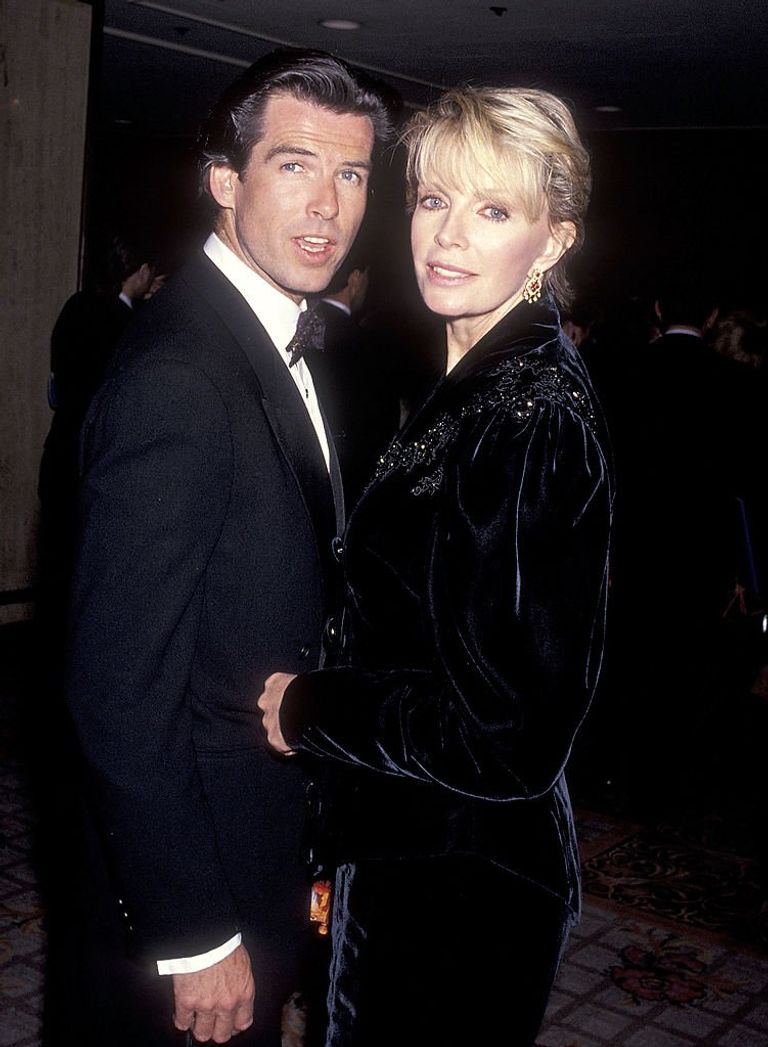 However, while many women reckon with him as the American boy next door, the man is focused on enjoying his love life with the stunning Keely, the second Mrs. Brosnan.

They have been the center of attention as a reputable love couple, and many fans “aww” at their story, without a hint of how much pain the James Bond star encountered before meeting his wife.

The actor who displayed strong family values lost a partner, his first wife. She died in his arms, and while the hurt might have been irredeemable, he forged forward to create a beautiful fairy tale romance. 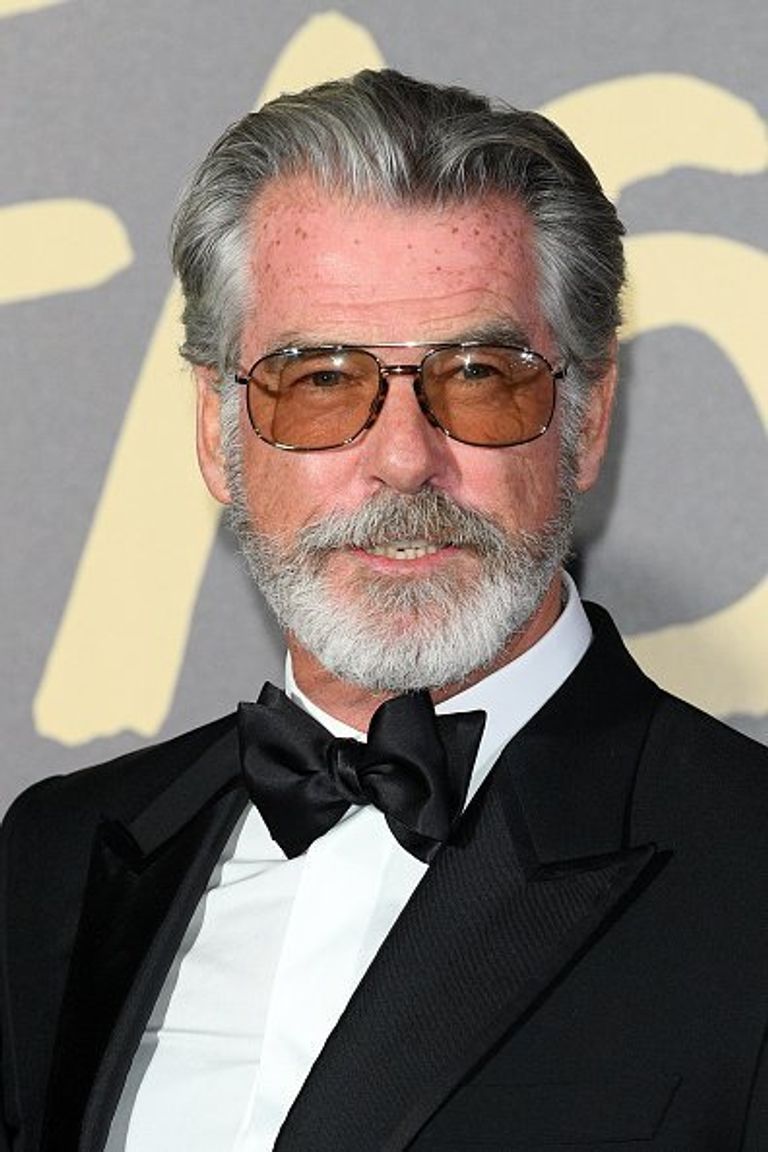 WHO IS PIERCE BROSNAN

Brosnan has starred in several box office hit movies, as James Bond in four films from 1995 to 2002 to play a captivating role in the “Lawnmower Man.” Despite the years he has dedicated to acting, he is yet to go rusty. Instead, the European keeps getting better and better.

Brosnan is a man who is conscious of living life as a great husband and father; his popularity has never mattered; in the end, he proved to be both, and if there were an Oscar for the most inspiring family man, he would rack several awards.

PIERCE’S RELATIONSHIP WITH HIS FIRST WIFE

When Pierce met the woman who later became his first wife, she had attained more success than him. Cassandra Harris was an Australian born from a line of aristocrats. But she decided to forge her road to success at a young age.

At 19, the Australian-born star moved to London to be part of the National Theatre. She proved herself worthy and became a cast member for the all-time favorite franchise, 1981 “For Your Eyes Only.”

While her career soared, she enjoyed romance by falling in love a few times. Although Harris had briefly married her school’s colleague before heading to London, she later tied the knot with a famous man, Dermot Harris, a producer, with an actor brother.

Her third marriage was her longest and last. When she met the actor, it was not a magical connection. She did not find him attractive.

However, after deciding not to judge a book by its cover, they found out they shared similar likeness and became husband and wife in 1977.

While their romance blossomed, the actress strived to uplift her husband’s career. She introduced him to Albert Broccoli, “007” producer.

Unfortunately, he did not get the role immediately, but he bagged the number one spot in the sci-fi “The Lawnmower Man” and the action thriller “Live Wire.”

These accomplishments were through his wife, who advised him to take the roles. The onscreen star acknowledged his beloved wife and has continued to talk about her as the person that redefined his career.

Sadly in 2013, their daughter Charlotte died from the same illness

Harris was charming, yet she had her eyes fixed on building her family. The actress’s marriage ended fourteen years later when she succumbed to ovarian cancer at Kenneth Norris Jr. Cancer Hospital, L.A.

During her final days, Pierce found it challenging to ask if she felt fear; he admitted to being scared of finding out the truth. But this was also a decision that he regretted.

It did not mean that the couple was distant during their time of pain. They bonded well and later awaited their fate as they were no innovative treatments for the illness.

Before she closed her eyes forever, they enjoyed the warmth from each other’s bodies by laying on the same bed. Later, the couple called on a Catholic priest who prayed and shared some pamphlets with them.

After the cleric’s departure, the actor read the words of the pamphlets aloud and later focused on his wife, who whispered her last words. At first, the words were inaudible; after drawing nearer, Harris told her beloved lover never to quit being an actor, a father, and a man who just knew how to set his priorities. 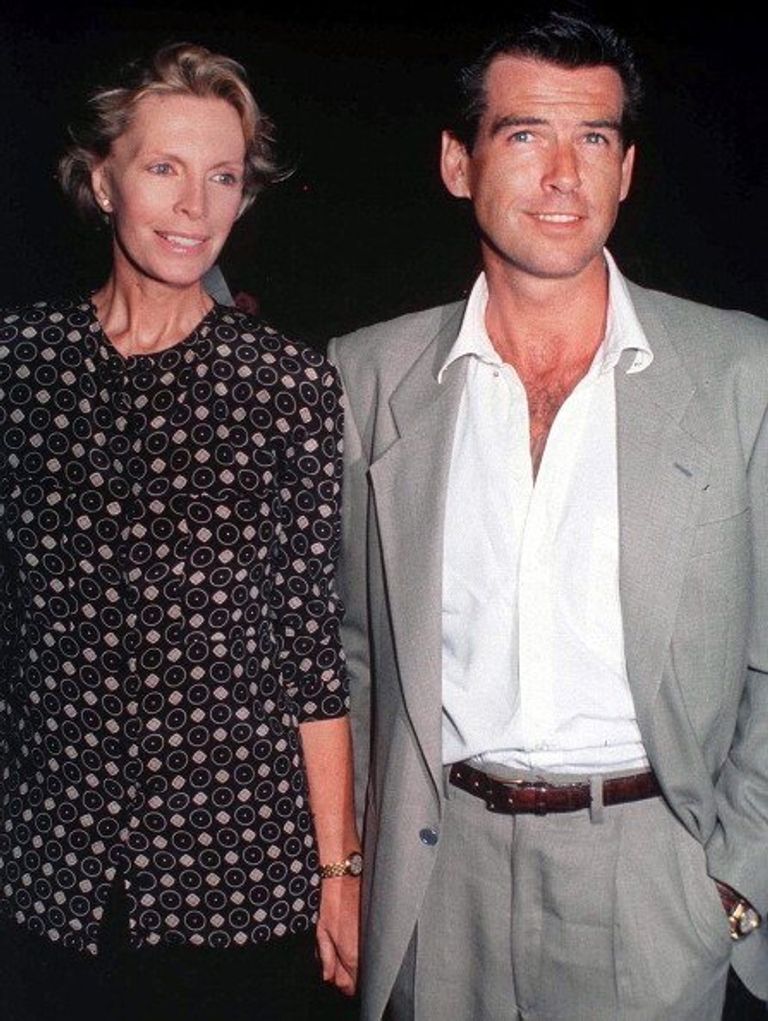 Harris died in 1991, leaving behind the actor, their son, Sean Brosnan, and her two kids, Charlotte and Christopher, adopted from her second marriage. Sadly in 2013, their daughter Charlotte died from the same illness.

It was a gruesome event, and even though he later found another soulmate, Keely Shaye Smith, and a wonderful family with two sons, he revealed that he never looks at the possible positive outcome of any situation. 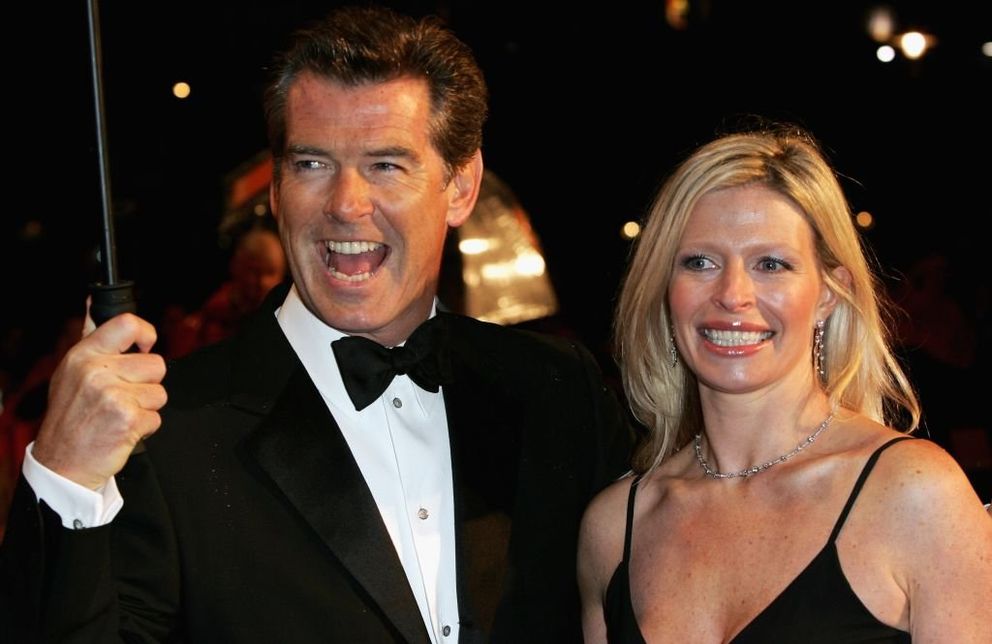 Maybe Pierce is not an optimist, but he sure knows how to appreciate love when found. Two years after Harris’s death, the actor spotted Keely, a T.V. correspondent, during her interview with Ted Danson.

They later met at a party, with both individuals finding the other attractive. A few days later, the onscreen stars planned a date that led to each other rediscovering new ways to love.

While Keely found her Mr. handsome as someone great at treating his woman, Pierce realized that his lover was stunning and could not resist having her around him. Their hearts synced, and there was a wedding after the birth of their sons, Dylan and Paris.

Keely is the woman after Pierce’s heart. He loves her unconditionally and is not afraid to gush on his second wife. They spend time in each other’s company, making the best of most memories.

From celebrating their wedding anniversary in August to her 59th birthday in September and talking about his wife during interviews, Pierce often serenades her with the sweetest of words and affection.

Apart from being the wife of a famous actor, the California-born is a skilled journalist, T.V. personality, author, model, and actress, particular about delivering commendable works with her profession.