According to Piers Morgan, there’s a special place in “Hell” reserved for Katie Couric and others like her. While making the eviscerating remark, the unabashed British television personality went on to brutally explain why Couric deserves “a ring-side seat” at the inferno. 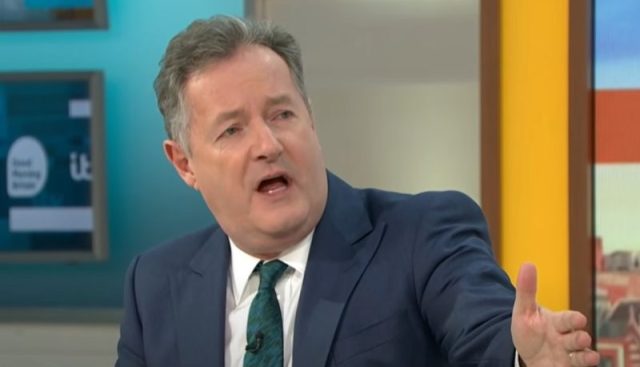 Piers Morgan decided to rake Katie Couric over the coals in a brutal column he wrote for Daily Mail, calling out the “mean-girl” for her hypocrisy. He even went so far as to suggest that Couric deserves a “ringside seat” in “Hell” over her treatment of her female coworkers, which she admitted in her memoir “Going There,” The Mix reported.

After giving examples of Couric’s public condemnation of “bullying successful women,” specifically “awful mediocre men” like Morgan “who ‘bully’ successful women,” the British columnist wrote that he was “expecting to read yet more inspiring proclamations of supportive sisterhood.” What he discovered was far from what he had expected. 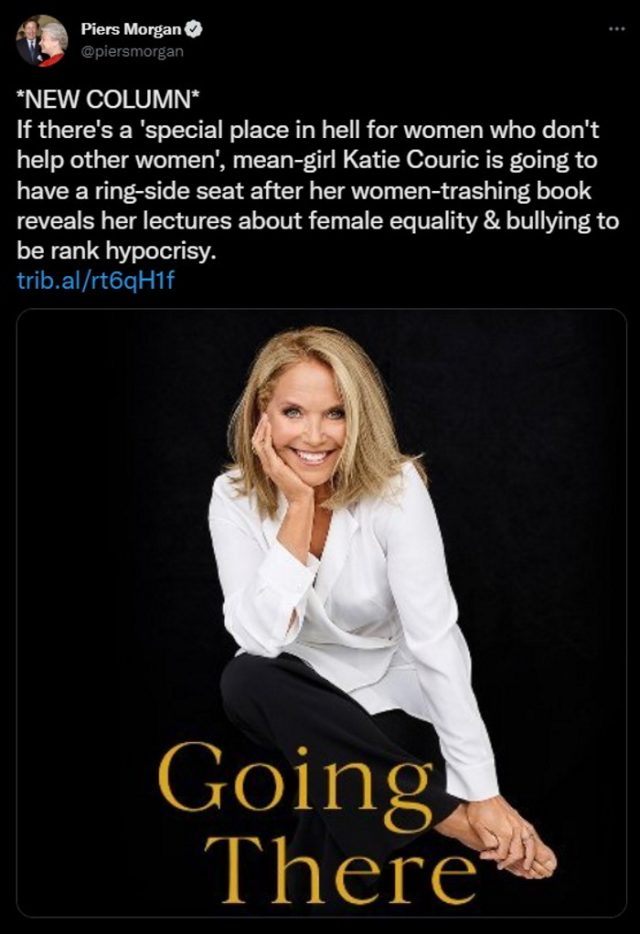 Calling Couric’s tweets “a pattern of endlessly virtue-signaling pro-women, anti-bullying rhetoric,” Morgan proclaimed that, after reading her book, “It turns out that Katie Couric isn’t a pro-women anti-bullying icon at all.” Instead, thanks to her memoir, Couric revealed herself as a “nasty piece of work who chews up female colleagues and competitors like a hungry hippo gorging on watermelon,” Morgan alleged as he demolished the former “Today” host.

According to Morgan, Couric went against everything she has long claimed to stand for when it comes to female empowerment and women in her industry with the way she admitted to treating her female colleagues. “Her idea of feminist trailblazing is to bully, intimidate, abuse and damage other women,” Morgan wrote, claiming that Couric “froze out” those she perceived as a threat, according to Couric’s own words. Indeed, Katie Couric seemingly bragged about her attacks on other women in her book, including how she enjoyed getting under the skin of newswoman Diane Sawyer, with whom Couric had a “bitter war.” 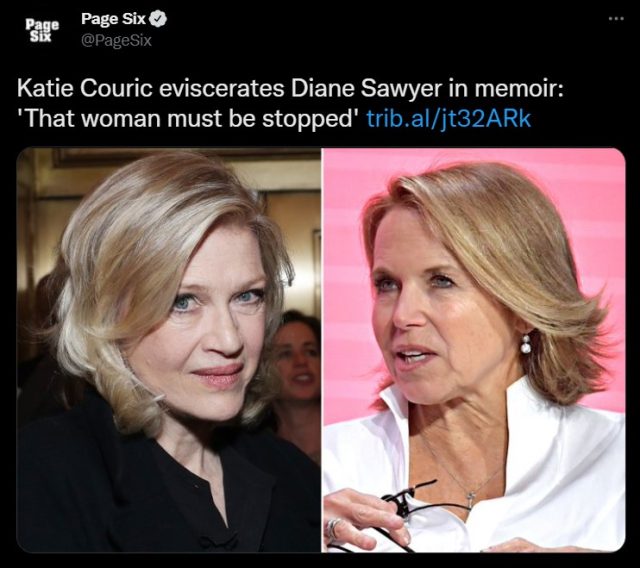 In her memoir, Katie Couric also claimed that the “relentless perfectionism” of former “Today” host Deborah Norville was a turn-off for viewers, but perhaps worst of all, she eluded to possibly destroying the career of anchor Ashleigh Banfield because she quickly identified her as a threat to her own career aspirations.

“For a minute there, Ashleigh Banfield was the next big thing; I’d heard her father was telling anyone who’d listen that she was going to replace me. In that environment, mentorship sometimes felt like self-sabotage,” Couric wrote in the memoir. Banfield, who was at NBC with Couric from 2000-2004, was shocked by the revelations and expressed publicly how hurt she was by Couric’s comments.

“Her words have really hit me hard,” Banfield said. “She was my North Star. I always looked at her as one of the most brave [sic] presenters … at a time when we were all called bimbos. She was the best morning show host ever. I’m just gobsmacked.” Banfield was particularly upset by Couric’s slur against her father, telling TMZ, “I was mad about what she said about my dad because it wasn’t true. He was senile and near 80 and he wasn’t out telling people that.”

After exposing Couric’s hypocrisy with multiple examples of her own “bullying,” Morgan wrote, “Katie Couric went there alright. And by doing so, she has showed the world that she’s a vile, horribly hypocritical, vindictive misogynist who bullied women as a coping mechanism.” Going in for the kill, Morgan continued, “If there’s a special place in hell for women who don’t help other women, mean-girl Katie Couric is going to have a ringside seat after her women-trashing book reveals her lectures about female equality and bullying to be the rankest hypocrisy.” 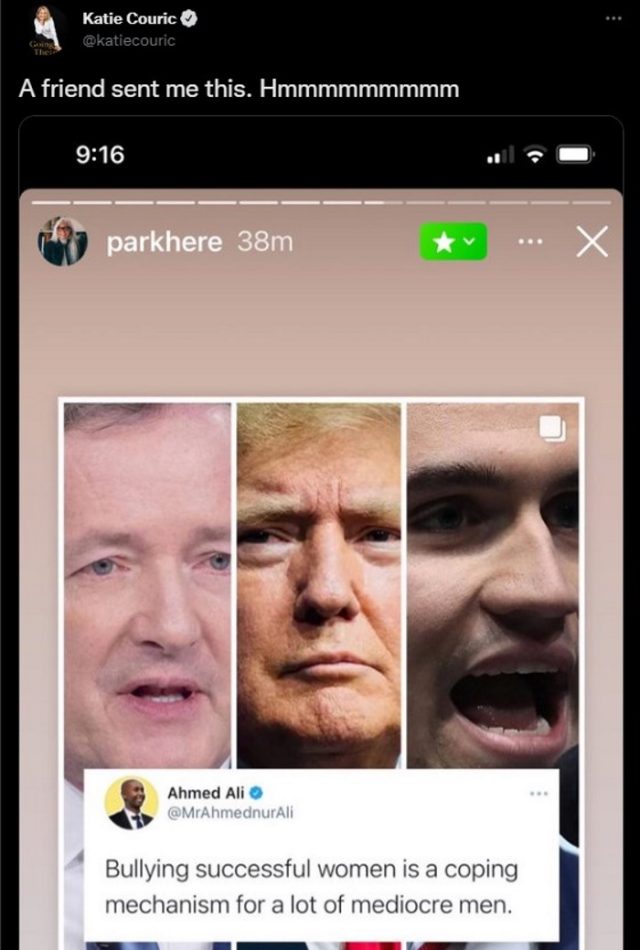 “After ‘Going There’ is published, the Devil may need to reserve a seat for the ghastly author,” Piers Morgan concluded. “Not least because if this stuff is what she’s prepared to openly admit to, the mind boggles as to what else she got up to that she deemed too awful to share.” Indeed, “America’s sweetheart” certainly showed a different side of herself in her memoir than what she typically espouses publicly, especially on social media.

Is this another case of yet another hypocritical narcissist in the mainstream media or was this just payback after Katie Couric attacked Piers Morgan for “bullying successful women” on social media after he criticized Olympic gymnast Simone Biles for pulling out of the Tokyo Olympics? Either way, it reminds us of a lesson too many often forget; namely, you should practice what you preach.