Poor Man Who Lives in Car Shelters Little Girl in Rain, ‘Take Me Away from My Aunt’ She Begs – Story of the Day

Jason was driving on a rainy night and noticed little Jessica alone on the street. He gave her shelter and was shocked to learn she was running away from her aunt. What he decided to do next would change their lives forever.

There wasn’t a single day when Jason did not blame himself for the death of his beautiful wife, Alice, and daughter, Sandra.

‘If only I’d picked them up instead of asking Alice to drive back home on a rainy night.’

Jason replayed that dreadful night, although it was more than a year ago. The hospital had called, informing him about the accident. There still was some hope for them, but their situation was critical. Both Alice and Sandra were on life support.

Jason wanted them back and didn’t think twice before selling his house and belongings to pay for their treatment. He wanted to sell his car, but it was too old, and no one was ready to buy it.

Unfortunately, none of Jason’s sacrifices helped. The doctors could not see any improvement in either Alice or Sandra after multiple surgeries and months on the ventilator. Jason was in severe debt and could not pay the hospital anymore. Eventually, the doctors pulled Jessica and Sandra off life support. 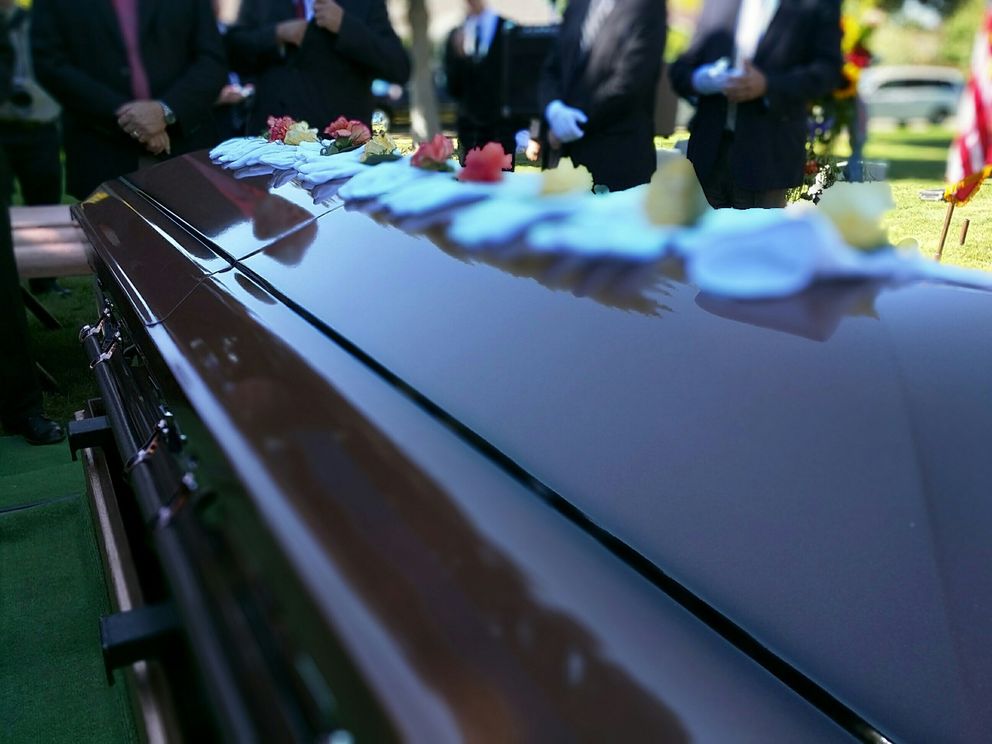 Jason’s world had crashed around him. Not only was he homeless, but he also lost the only people he loved. He worked hard to escape his debt, worked three jobs, and lived in his car. Jason would even scrape the bins of local restaurants and find leftover food to fill his stomach.
Some days, when he had enough cash, he’d treat himself to pizza for dinner. Being homeless, Jason would park his car at different places every day so that no one would suspect him or call the cops.

No matter who we are, grief connects us all.

One rainy night, Jason got himself pizza and decided to park his car on the other side of town. On his way, he saw a little girl drenched in the rain, sitting on the curbside alone. He asked her where her parents were.

“Sir, help me! Take me away from my aunt!” the girl responded, crying. 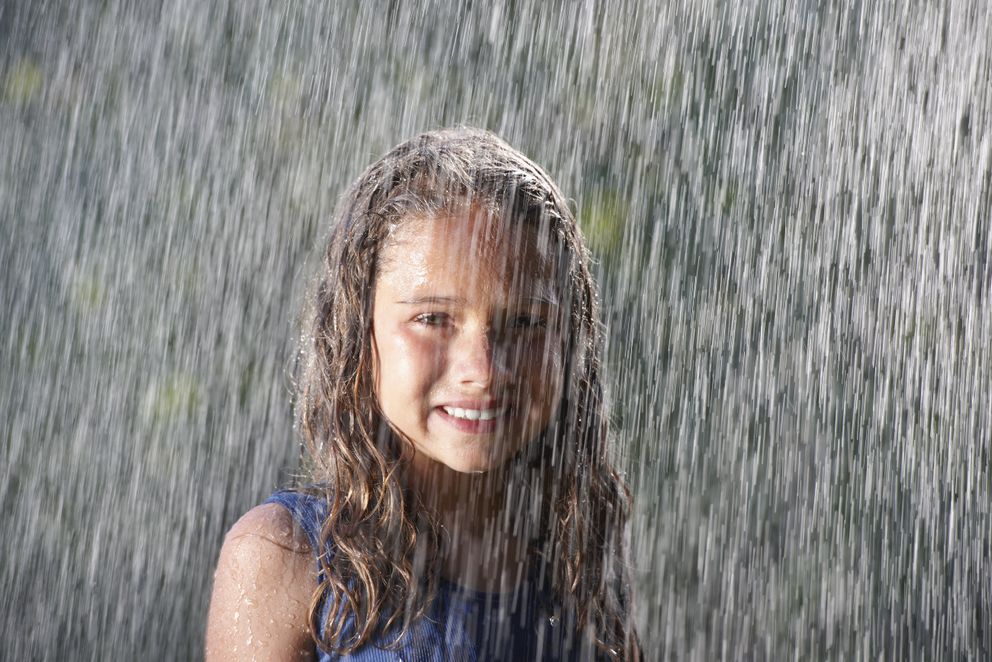 Jason was startled and decided to give her shelter in his car. She looked hungry, so he offered her pizza. They introduced each other. The girl’s name was Jessica, and she lived a couple of blocks away with her aunt.

Jason learned that Jessica’s mother died a few weeks back, and her only family was her aunt. According to Jessica, her aunt did not take good care of her. She mistreated her and made her do a lot of strenuous chores.

Meanwhile, Jason went on a different mind trip. He was reminded of his daughter, who would’ve roughly been Jessica’s age. He knew the hurt of losing someone you loved and didn’t want anyone else to experience that loss. He believed that Jessica was acting out after losing her mother.

‘She must be imagining the worst in her aunt. Poor girl. I’ll take her to her house tomorrow. Her aunt must be worried sick,’ Jason thought.

Jason cleaned up the back of his car and made room for Jessica to sleep. He even gave her his late daughter’s blanket that he had carefully kept in his car. He spent the night resting his head on the steering wheel. 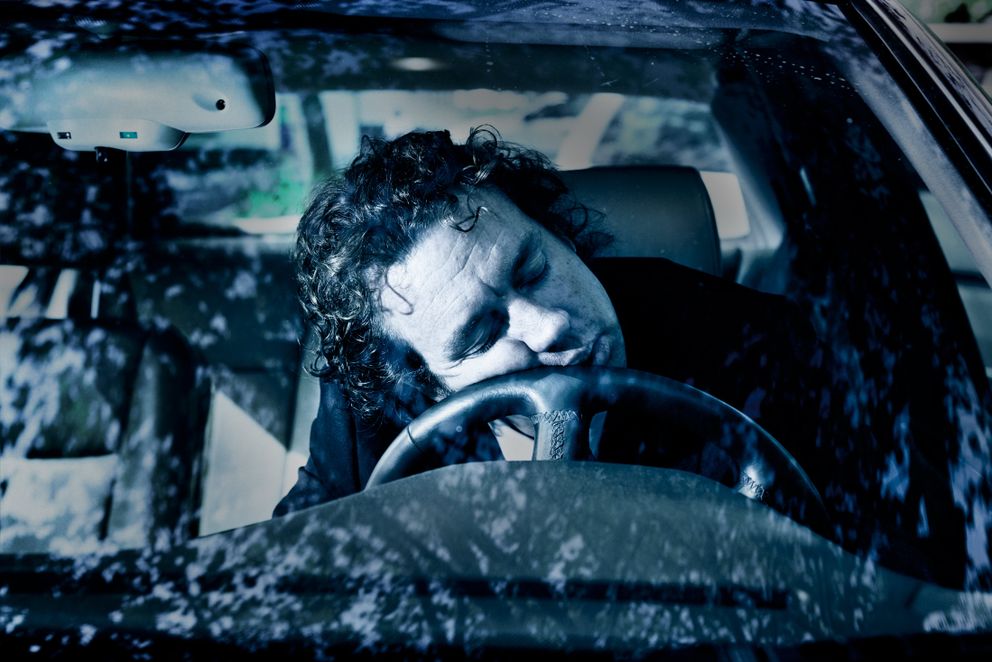 The following day, he asked Jessica where her aunt lived and drove her there. Jessica was shocked when she realized that Jason was going to leave her back with his aunt.

“No! Please save me from her, Jason! I beg you!” Jessica screamed. But Jason had no other option.

The following day, Jason felt guilty about handing Jessica to her aunt without checking if she was telling the truth, so he drove past her house in the afternoon before his second shift began.

He heard Jessica’s aunt yelling her name a few times, and minutes later, Jessica came out the door, struggling to push a few bags of trash outside the front yard.

Jason realized that Jessica had told him the truth, and he immediately got out of his car and entered the front yard. Delighted to see Jason, Jessica said happily, “Have you come to save me from my aunt?”

Jason’s heart broke, realizing that getting away was always on her mind. He smiled and nodded and knocked on the door. 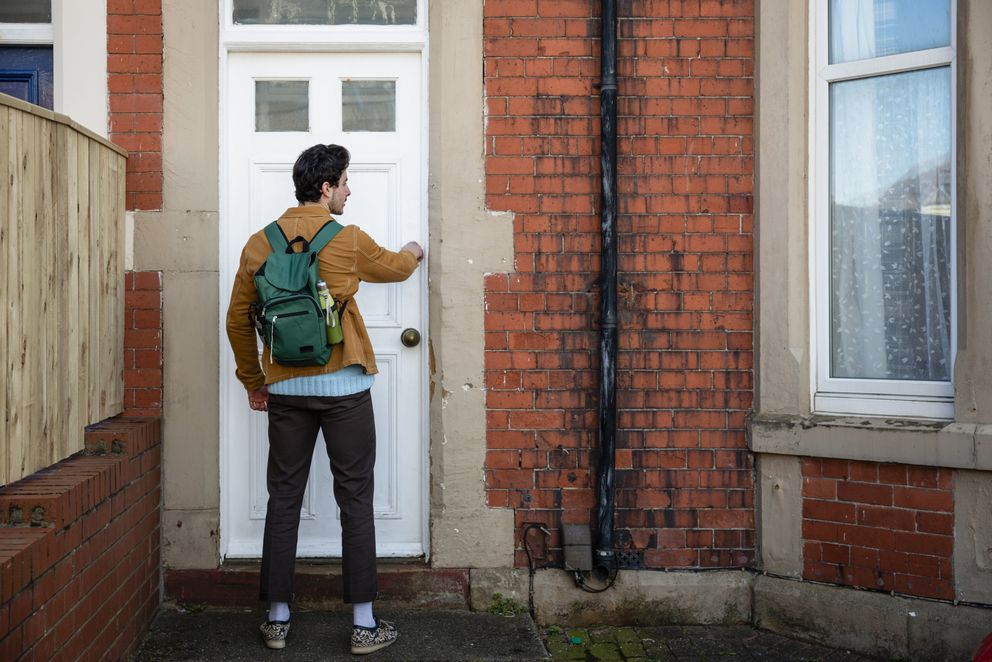 He lied to Jessica’s aunt that he had taken several videos of her mistreating Jessica last week. He threatened her, saying he’d call the cops on her if she stopped her from taking Jessica away.

Jessica’s aunt was startled at Jason’s attacks, but she feared the video recording of her behavior would get out more. Without checking the video, she let Jason take Jessica away.

“Good riddance!” she yelled before banging the door shut.

Jason was disgusted at Jessica’s aunt, but now he had to plan what to do next. If Jessica’s aunt wanted to exact revenge, she could charge Jason with kidnapping. Meanwhile, Jessica was over the moon.

“Thank you for saving me, Jason!” Jessica exclaimed. “So are we going to your house now? Can I please stay with you?” 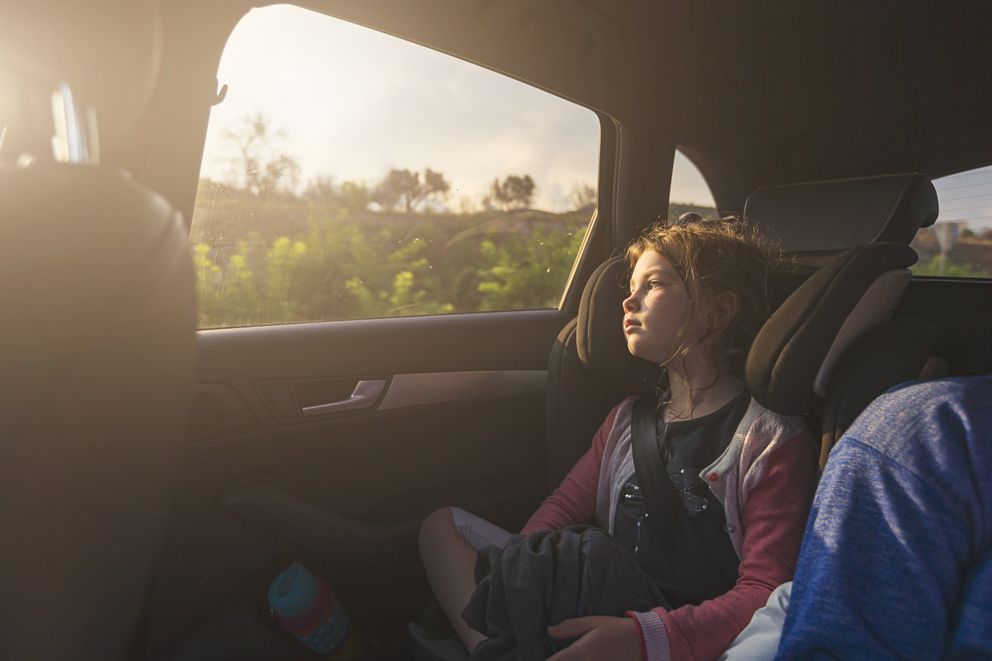 Jason knew that it would be impossible to explain his situation to Jessica. But he told her the truth anyway. He decided to enroll her into the foster care system. He promised her that he’d work hard and get a house so that he could adopt her. He tried hard to explain to her that it was their best option, and she agreed to go ahead with the plan.

Jason took Jessica to the closest group home and explained the situation to them, and the authorities initiated her enrollment process.

Every week, Jason would visit Jessica and spend time with her. They would share with each other how their week went. Jason would also update Jessica on the progress of their plan, how much money he had saved up, and how long it would take him to adopt her. It seemed like an uphill task, and Jessica would lose a bit of hope every now and then. Although it broke his heart, Jason had to convince her to believe that the plan would work. 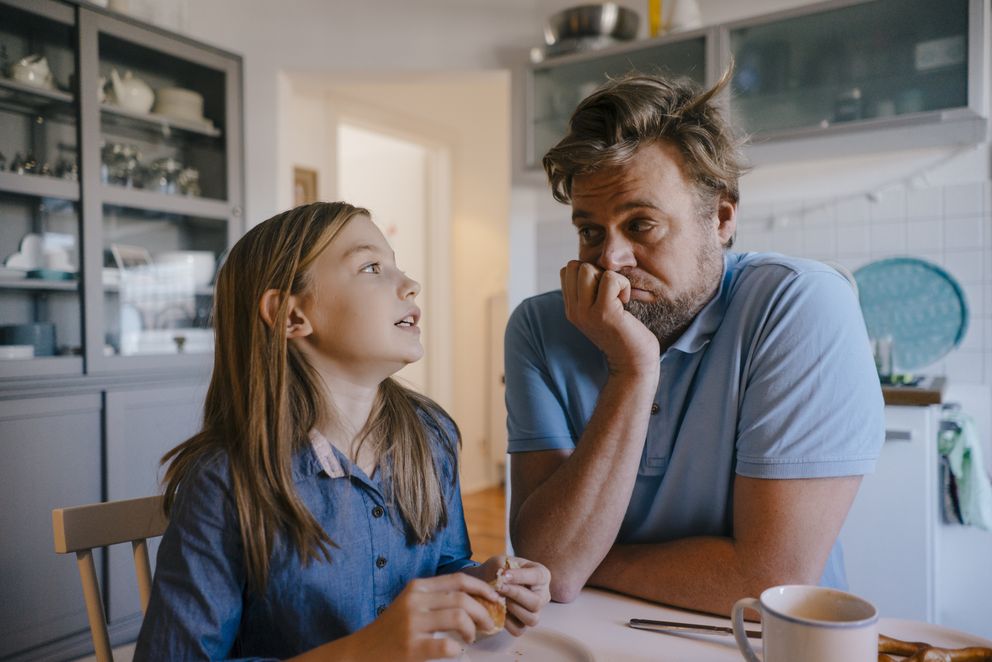 One day, when Jason visited Jessica at the group home, she looked pleased. Without asking about how his week went, she directly asked him about the progress of his getting a house. Jason was startled, but he did the calculations in front of her. All this while, she was looking at him with a smile.

Jessica told Jason she wanted him to take her out of the group home next week. Jason was speechless. He knew it was impossible. But Jessica suddenly started laughing and dancing, adding to Jason’s confusion.

Jessica calmed down and explained her happiness.

“Of course, it is possible to move out of here next week. The thing is…a lawyer showed up this morning. The authorities investigated my aunt and realized you fit best to adopt me.” 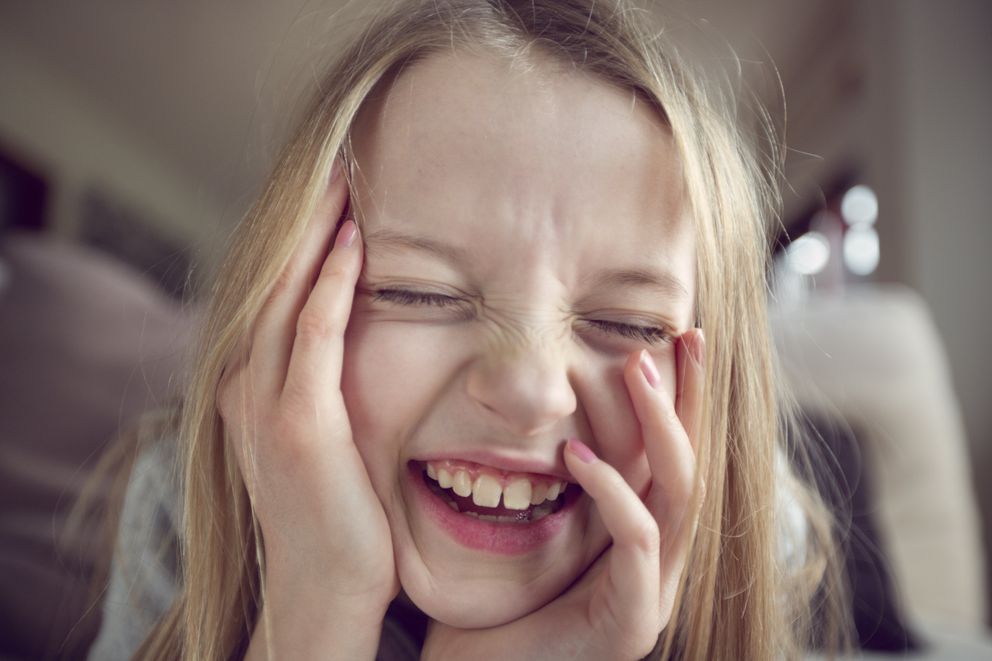 “That’s great, Jessica. But how will we move out of here into a new house?”

>> RELATED STORY – Old Widow Finds Flowers on Her Doorstep Once a Week, Catches Unfamiliar Kid Who Leaves Them There – Story of the Day
Jessica laughed and said, “That’s why I’m so happy!”

One of the authorities of the group home joined Jessica and Jason.

“Sir, Jessica’s aunt was staying in a house that belonged to Jessica’s late mother. The lawyer told us that Jessica is the owner of that house now. And since we knew about your story, we took the liberty of filing the paperwork and making you Jessica’s custodian. It will be done in a week.”

Jason was thrilled to hear these words and teared up and hugged Jessica. A week later, Jessica and Jason moved into their new home as a family and successfully filled the void their grief had caused. 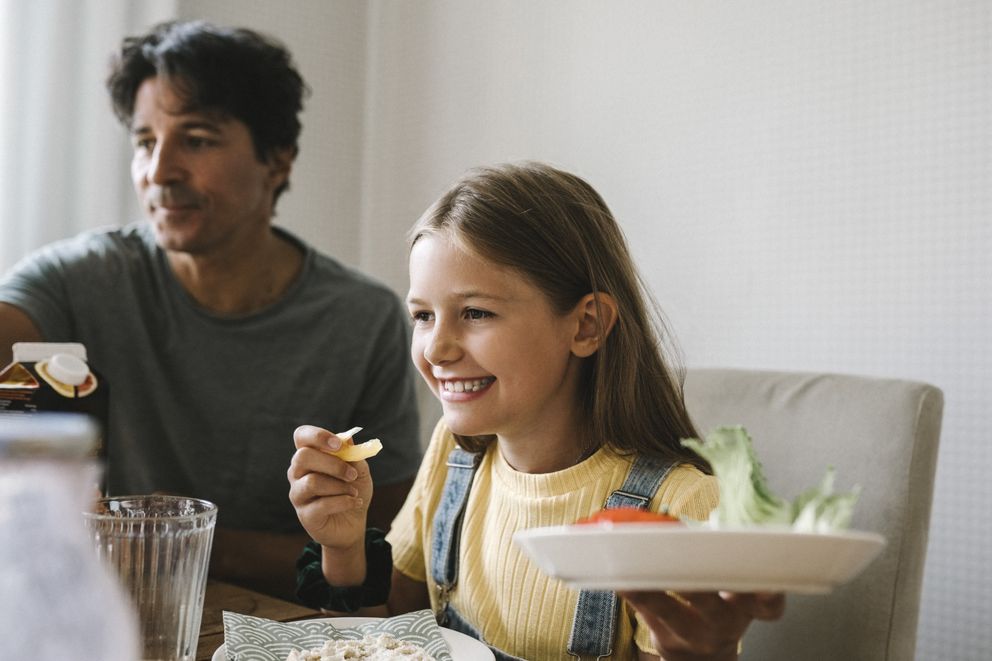 No matter who we are, grief connects us all. We all experience grief at some point; going through it together can alleviate the pain a little bit. Jason realized that, and it helped him and Jessica get a second chance at a family.
Never lose hope. Despite being marred by a series of tragedies, Jason worked hard to escape his debt. It helped him develop character, which helped him save Jessica and eventually adopt her.