Poor Teacher Is Fired from School, Hours Later SUV Picks Her up & Takes Her to a Private Jet – Story of the Day

A struggling senior teacher was fired from the primary school she worked at for decades without notice. Devastated, she went home with a box of her things, only for an SUV to pick her up a couple of hours later to take her to a private jet.

Sandra Hutson was a 64-year-old primary school teacher. She earned a decent living but only had enough for her basic needs because she was paying off the loans that remained after her husband’s death.

Sandra and her late husband Dave never had any children, so she had to pay off whatever loans her husband had without assistance from anybody else. She lived a lonely life, keeping to herself most of the time as most of her friends lived across the country. 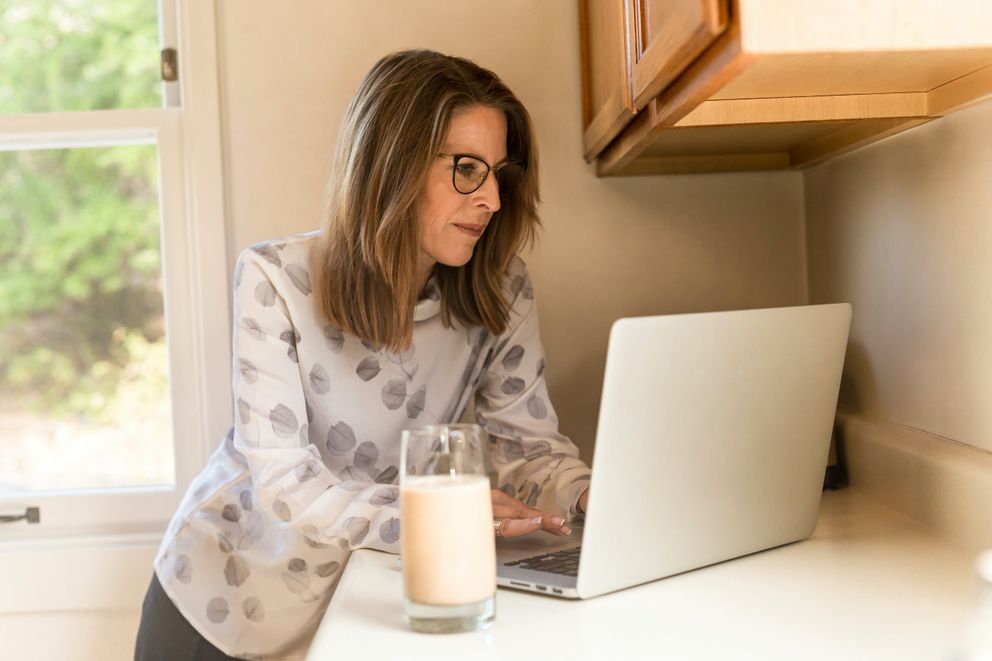 In school, her pupils were not close to her because she was a strict teacher who wanted all of her students to be diligent and study well. This put up a wall between her and her students, who wanted nothing to do with her outside the classroom.

One day, after a long day of teaching US history, Sandra was called to the principal’s office. “How can I help you, Mr. James?” she asked.

Mr. James had a serious face when he asked Sandra to take a seat. “You’ve been teaching at this school for over three decades now, Mrs. Hutson,” he told her. “There’s no easy way to tell you this, but after the board of directors met, they decided it was time for you to retire. You’re a senior now. You should be retired.”

Sandra was shocked at what Mr. James was implying. “Are you firing me?” she said sadly. “I may be 64 years old, but I can still teach. I’m quite strong for my age and want to keep teaching. Teaching is my life!” she cried.

Mr. James shook his head. “I’m sorry, Mrs. Hutson. I know you’re still strong, and I know how passionate you are about teaching, but it’s out of my control. We need to hire new teachers we can train and groom to be top educators in our school,” he explained. “I really can’t do anything about your firing.”

Sandra was in tears when she left Mr. James’ office. She tried to plead for her job, but he refused to listen and asked her to pack her things immediately. She gathered all her belongings and placed them in a box. 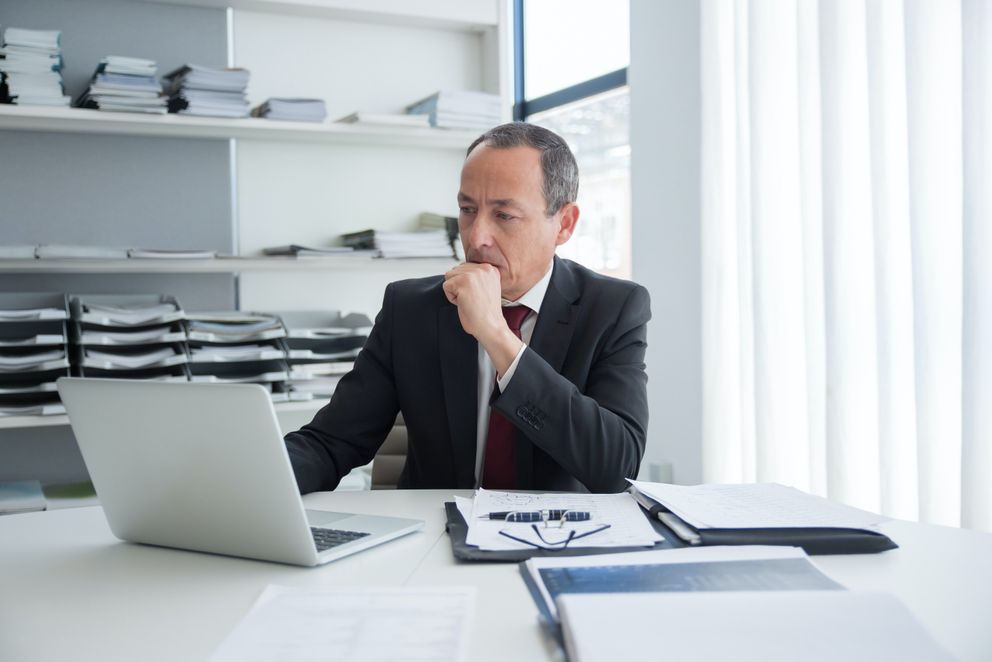 She went through each of her things, every photo of her students graduating, every trophy she won, every memento that played a part, big or small in her over 30 years of teaching.

That day, Sandra took her time walking home. After all, she was carrying a box full of memories, memories that now weighed heavily on her. She cried as she walked home from school one last time.

It broke her heart that she couldn’t even say goodbye to her students because she was fired so abruptly. However, that was the least of her problems. She now had to worry about paying off her loans with nothing but her pension to support her. 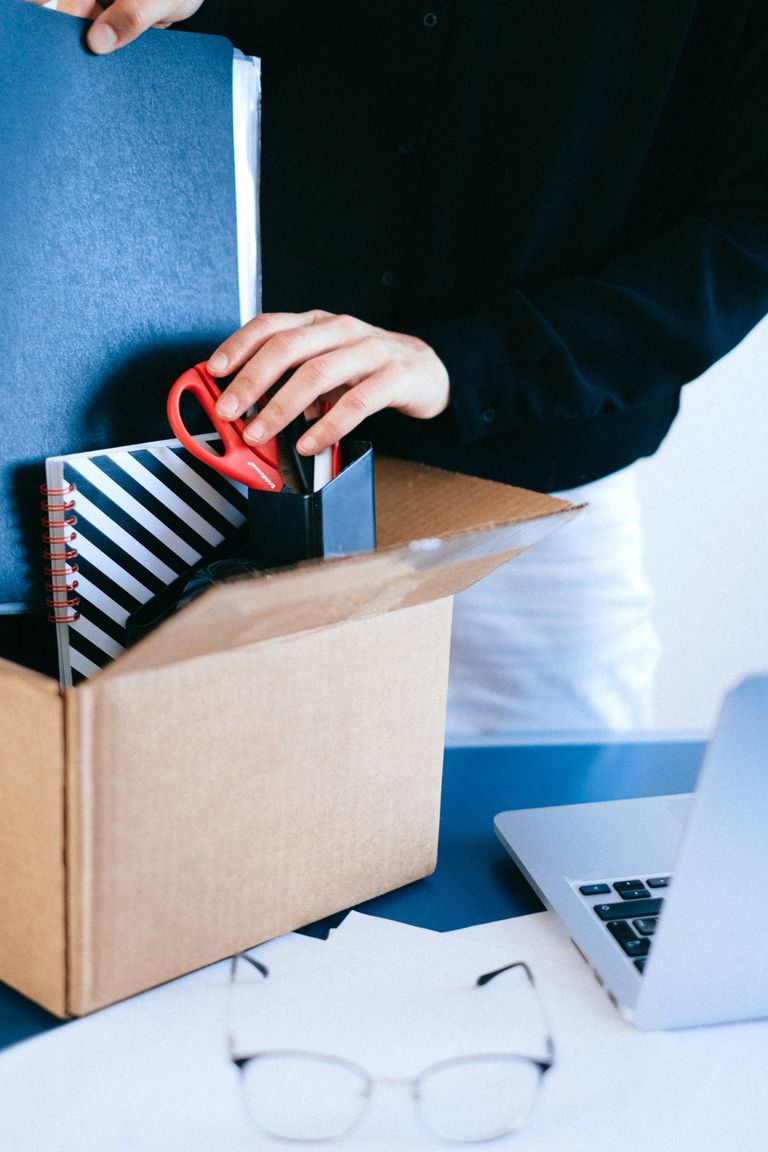 Later that day, Sandra heard a knock on her front door. She slowly made her way open it and saw a man in a suit and a black SUV behind him.

“Good afternoon, Mrs. Hutson. My name is George, and I’m here on behalf of Mike Searsen. He said you should remember him. I came to take you to the airport,” the man said.

Sandra smiled, throwing her hands to her mouth in shock. “He kept his promise,” she cried. “You must give me twenty minutes to pack. I’ll be right down with you,” she said and hurried to her room. 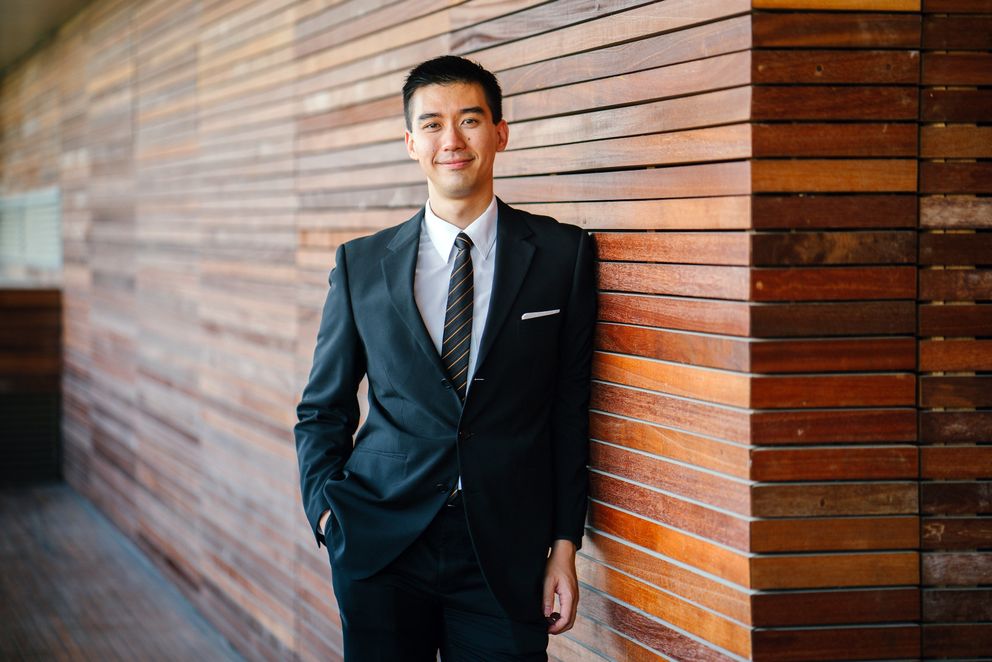 Taking two suitcases from the shelf, Sandra stuffed them with her clothes and valuable possessions. She went through every corner of her house, looking for things worth taking with her until she was finally ready to go.

George took her to a hangar where a private jet awaited her. “Wow,” she said in amazement. “In my 64 years of life, this is the first time I’m seeing a private jet up close.”

The man smiled. “Ma’am, you’re not just here to look at that private jet. That’s your ride to see Mike,” he revealed. 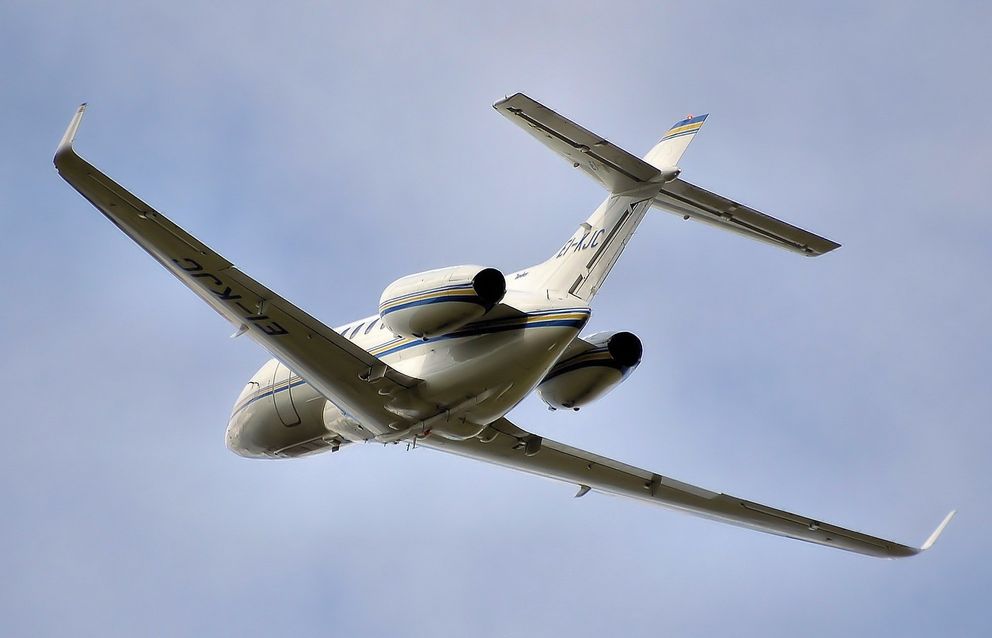 Sandra boarded the plane and couldn’t help but express how amazed she was at its gorgeous interior. She was served delicious food and drinks and had a soft, reclinable seat all to herself.

When she arrived, Mike was waiting by the hangar. He spread out his arms for Sandra to embrace him, and that’s exactly what she did. “I told you I’d keep my promise. It’s been twenty long years; we have a lot to talk about. Come on, let’s go to my restaurant,” he said, guiding her to the car.

Mike was once Sandra’s best student. He was a little boy who grew up an orphan until a good family adopted him. His classmates always made fun of him because he was adopted, and only Mrs. Hutson treated him well. 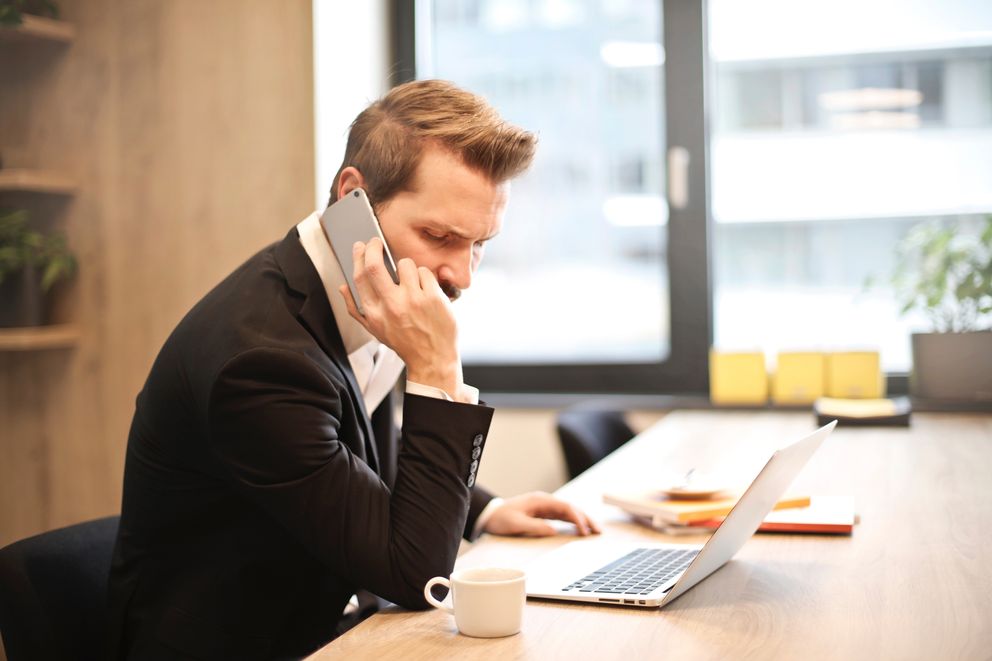 One day, Mike’s family decided to relocate to another state. This meant having to leave the school and Mrs. Hutson. However, before leaving, Mike made a promise:

“You are my only friend, Mrs. Hutson. I promise, one day, I will become very rich and I’ll take you to come live with me in a beautiful house by the ocean. One day, Mrs. Hutson!”

It had been more than twenty years since that day. During those years, Mike worked hard and became a successful businessman who owned restaurant chains around the country.

When he finally had enough to invest in several real estate properties, he kept his promise to Sandra by buying a house by the ocean. Then he contacted his former school’s principal to hatch a plan for Mrs. Hutson. 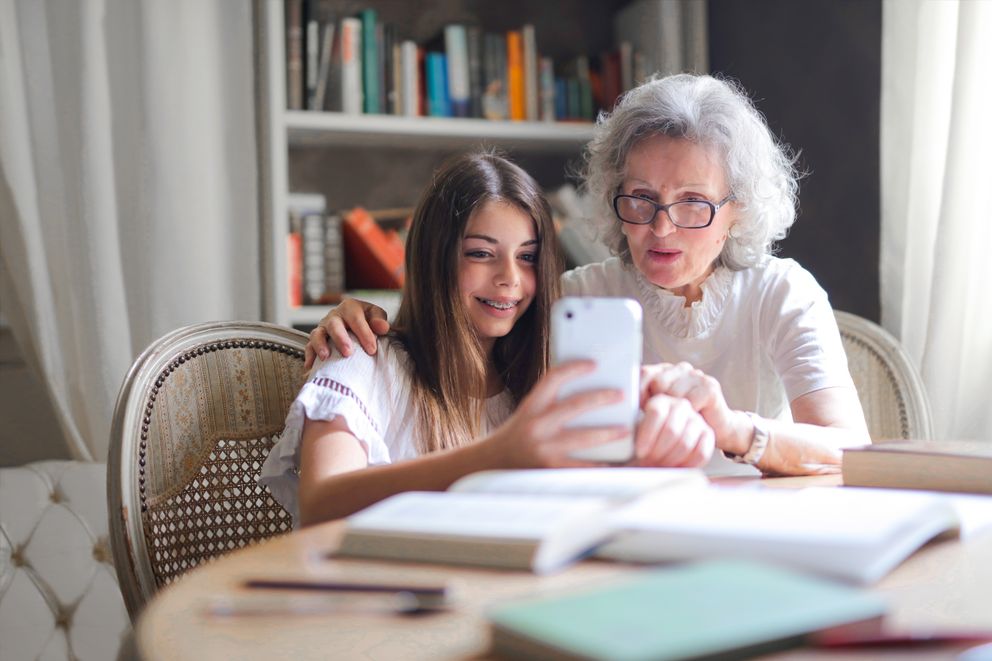 “You weren’t fired… who would fire you?! You’re the best teacher on earth!” Mike revealed to Sandra. “I simply wanted to surprise you, so I asked for Mr. James’ help. I want you to teach my children. Only you will be able to teach them what they need to succeed,” he told her.

Sandra felt as if she had hit the jackpot. Not only did she reunite with one of her favorite people on earth, but she now had a family she could spend the rest of her life with.

Mike paid off all of Sandra’s debts, and she relocated to where Mike lived. She enjoyed the rest of her life in peace, taking long walks on the beach while tutoring Mike’s children after school every single day.

We should never forget those who shaped us to be who we are. Mike never forgot about Mrs. Hutson because she made such a significant impact on his life. No matter how successful a person gets, it’s always important not to forget those who have helped you reach the top, the same way Mike made sure to give back to Mrs. Hutson.

It’s never too late to begin again. Mrs. Hutson thought she’d struggle for the rest of her life after losing her job while having loans to pay. However, Mike made sure to take care of her worries so she could enjoy her retirement with people who genuinely cared about her.