The royal family is often in the press, but there’s no denying that some members are more prominent than others. Naturally, Queen Elizabeth II was written about frequently, as well as other senior members including her son King Charles III, his sons Prince William and Prince Harry, and their wives Kate Middleton and Meghan Markle. Tragically, Queen Elizaebeth II passed away on Sept. 8th. 2022 while at her home at Balmoral Castle.

The late queen’s other children, such as Princess Anne and Prince Andrew are also written about from time to time, but probably the least written about is Prince Edward, the youngest of Elizabeth’s children With the late Prince Philip. Upon birth, Edward was third in the line of succession, however, since his siblings have had children of their own and even grandchildren, he is now 14th in line.

For a long time, the 58-year-old Earl of Wessex has kept his life from the limelight, seeking to remain as anonymous as possible. Because of this, less is known about Edward’s life, but we do know that he used to work as a TV and theater producer before he stepped up to become a senior working member of the royal family.

Edward’s personal life is also incredibly low-key. Married to Sophie Rhys-Jones, now known as Sophie, Countess of Wessex, Edward has been married for over 20 years and is actually the only child of the queen and Prince Philip that hasn’t gotten divorced. Together, the couple has two children, Lady Louise Windsor and James, Viscount Severn.

The family often attends royal family events but has a knack for staying under the radar. Let’s take a closer look at Prince Edward and his family’s lives. 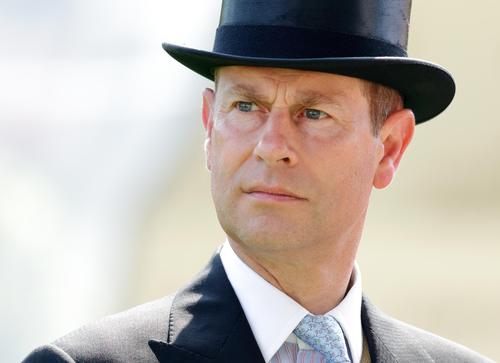 Prince Edward was born on March 10, 1964, to Queen Elizabeth II and Prince Philip. As the youngest child of the queen, he followed his two older brothers in the line of succession at birth, however, his position is currently at number 14. Edward’s birth was the first of the queen’s children at which Philip was present.

After he finished his schooling, Edward spent a gap year in Whanganui, New Zealand, where he worked as a tutor and junior master at the Whanganui Collegiate School. Upon his return to the United Kingdom, Edward received a bachelor’s degree in history from Jesus College in Cambridge in 1986.

Following his studies, Edward joined the royal marines but later quit to try a career in the arts, as reported by The Guardian. He started his career working for theatrical production companies before starting his own company, named Ardent Productions, which focused on TV documentaries. Although he was successful in production, in the last while he’s shifted to take up more royal duties.

Edward received the title Earl of Wessex on his wedding day and the Earl of Forfar as a birthday gift from Queen Elizabeth II on March 10, 2018.

In 2017 Edward began to take over some of his father’s duties after Philip’s inability to carry out some responsibilities due to his age. Notably, Edward now presides over the Commonwealth Games Federation. He also took over his father’s role and now presides over the Duke of Edinburgh Award, which was started by Prince Philip in 1956, according to Royal Central. Since he took over duties from his father, Prince Edward has traveled to many parts of the world in different capacities to oversee projects. He has been to South Africa, Israel, Baltimore and many other places. 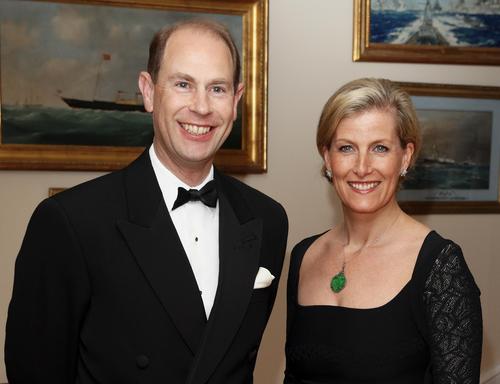 Sophie Helen Rhys-Jones was born in Oxford, England on Jan. 20, 1965. After she trained as a secretary, she began working in public relations before she eventually started her own agency named RJH Public Relations in 1996.

It was during a period when she worked at Capital Radio that Sophie met Edward in 1987, however, the two didn’t begin dating until 1993. Then in 1999, after dating for a number of years, the couple got married on June 19 at St. George’s Chapel, the site of many royal weddings and funerals, including Prince Philip’s. As a present from the queen for their wedding, Edward was given the title Earl of Wessex, which made his wife Sophie, Countess of Wessex.

After marrying Prince Edward, Sophie was under the critical eye of the British press but always received help from the crown. According to Harper’s Bazaar, Sophie was known as one of the queen’s most trusted in-laws. Both she and Edward have taken on roles as senior working members of the royal family. After the couple got married, Sophie’s first royal tour overseas was to Prince Edward Island, a Canadian province, in 2000.

Besides the couple’s royal duties, Edward and Sophie are a philanthropic couple. They established the Wessex Youth Trust after their wedding. Through the Trust, the couple helps and supports different charities working with disadvantaged children. In 2019, they renamed the trust The Earl and Countess of Wessex Charitable Trust after 21 years of successful charity work.

Another organization that Sophie is passionate about is Girlguiding UK, of which she became president after Princess Margaret’s death in February 2002. 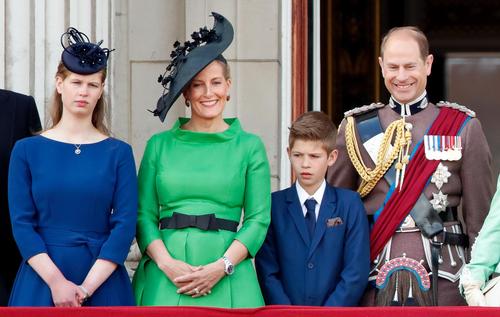 The firstborn child of Prince Edward and Countess Sophie is Lady Louise Alice Elizabeth Mary Mountbatten-Windsor, who was born on Nov. 8, 2003. According to the BBC, Lady Louise was born prematurely and therefore had complications and an eye condition that was later corrected in her teenage years.

Since Edward and Sophie choose to live such a quiet life, it’s no surprise that the lives of their children are even less public. However, as a young girl, Louise played a role in the biggest royal wedding of the century — she was a bridesmaid at the tender age of 7 for her cousin Prince William’s wedding to Catherine, Duchess of Cambridge.

Since 2015, Louise has accompanied her parents on a number of official engagements. This included a trip to South Africa, as well as attending the funeral of her grandfather Prince Philip, as well as his memorial service in 2022. Later on, in June 2022, she also attended various events celebrating the queen’s Platinum Jubilee, and she even appeared on the balcony alongside other members of the royal family for Trooping the Colour.

Louise’s personal interests include Girlguiding, which is no surprise since her mother is the president of the organization, as well as carriage driving, which was popularized in the United Kingdom by her grandfather Prince Philip.

With the full name of James Alexander Philip Theo Mountbatten-Windsor, James was born on Dec. 17, 2007. He follows his father in the line of succession and is 15th in line to the throne.

Since James is just 14, not a lot is known about the teenage royal. He currently attends Eagle House School and only in the last few years he has begun to accompany his parents and sister on official royal engagements.

According to The Vancouver Sun, both Louise and James were honored by having two lakes in Manitoba, Canada, named after them. 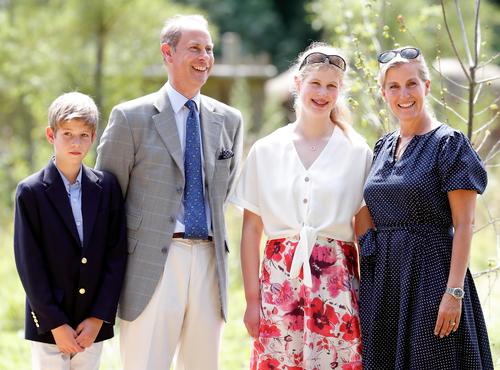 What do you think of Prince Edward and his family? Did you learn something new about the very quiet royal family? If you are interested in the royal family— pass this along to others so they can read them too!