The Tonight Show Starring Johnny Carson’ welcomed the comic legend Red Skelton to the stage in 1983. Red’s old-time sense of humor was on display as he and Johnny traded quips back and forth. 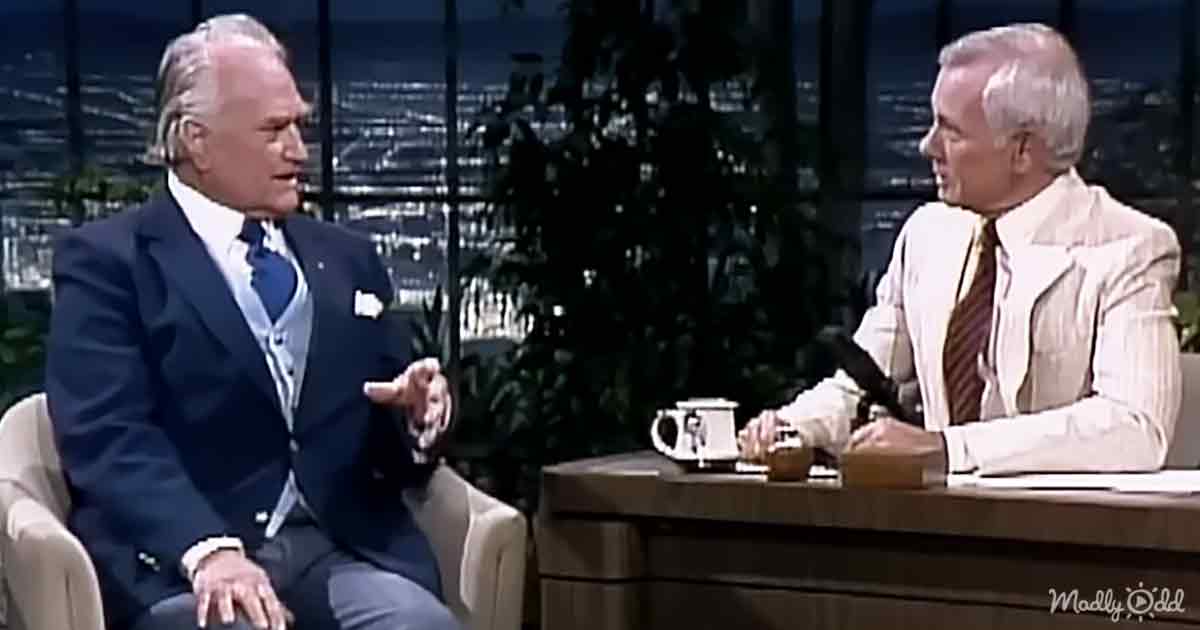 Johnny Introduces Red, and Johnny first marvels at how tall he is. Johnny asks if he is 6’3. Red replies that he’s probably 6’2 due to old age shrinkage!

Red tells Johnny that he doesn’t let his age bother or restrict him. He says, ‘You know how I start the day off? I open my eyes, and if I don’t see candles or smell flowers, I get up.’ He gets a big laugh from the studio audience. 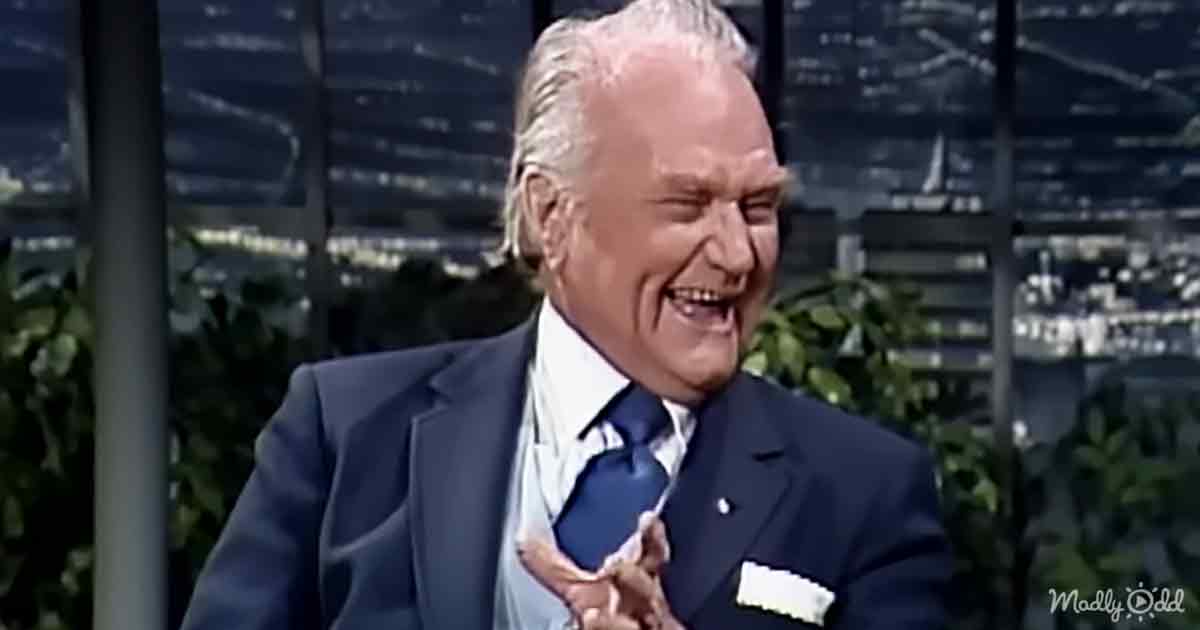 Even Red laughs and tries to hold it together to finish the joke. Red says, ‘Then I thumb away through Playboy to get my heart started.’ The audience and Johnny laugh hysterically. Johnny asks Red if he exercises like a lot of other old folks. Red says he doesn’t exercise at all because he doesn’t care. 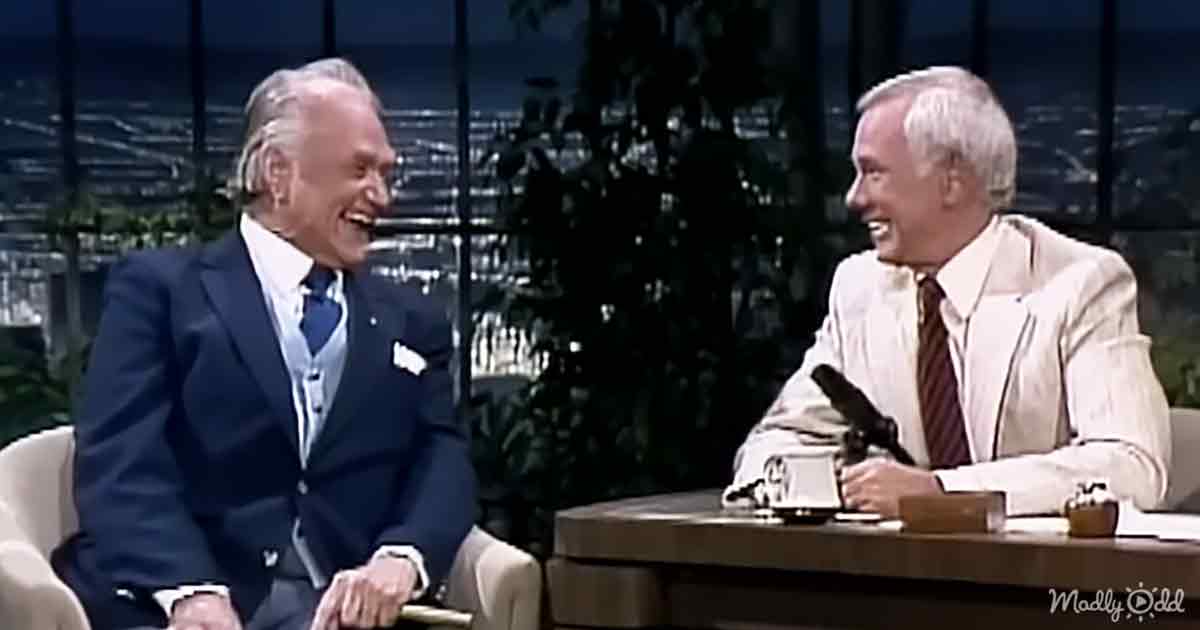 His mother told him to make one up, so he looked in the newspaper and saw a place called ‘Bernard’s Clothery.’ He told his teacher his middle name was Bernard. Years later, he went to Washington D.C., and J. Edgar Hoover said, ‘Well, how are you, Bernard?’ Red said, ‘Bernard, where’d you get that?’ Hoover said, ‘It’s right here on your dossier.’ Johnny is in awe, saying, ‘So you put up a phony name, and they had it!’

Red jokes about his wife’s cooking, saying, ‘I’m not a good cook, but even I know you don’t open grapefruit with a can opener!’ Everyone laughs, and Red continues saying, ‘I’ll say one nice thing about my wife’s cooking. She broke that dog from begging at the table!’ Carson and the crowd loved Red’s interview filled with laughs.