A blind man goes to a concert with his seeing-eye dog to support his friend, and a wealthy lady starts complaining. However, she shuts up when the singer addresses the man directly, shocking the audience.

Benjamin didn’t want to go out. He hated doing it since he lost sight during his service in Afghanistan, but his friends visited and often called, encouraging him. They even got him a seeing-eye dog named Cooper.

Benjamin had to admit that the dog made all the difference. He regained some of his independence and went out on simple tasks such as grocery shopping and walking through the park.

It was nice being able to do things without depending on others, but now he was going to do something he hadn’t done in a long while — go to a concert. 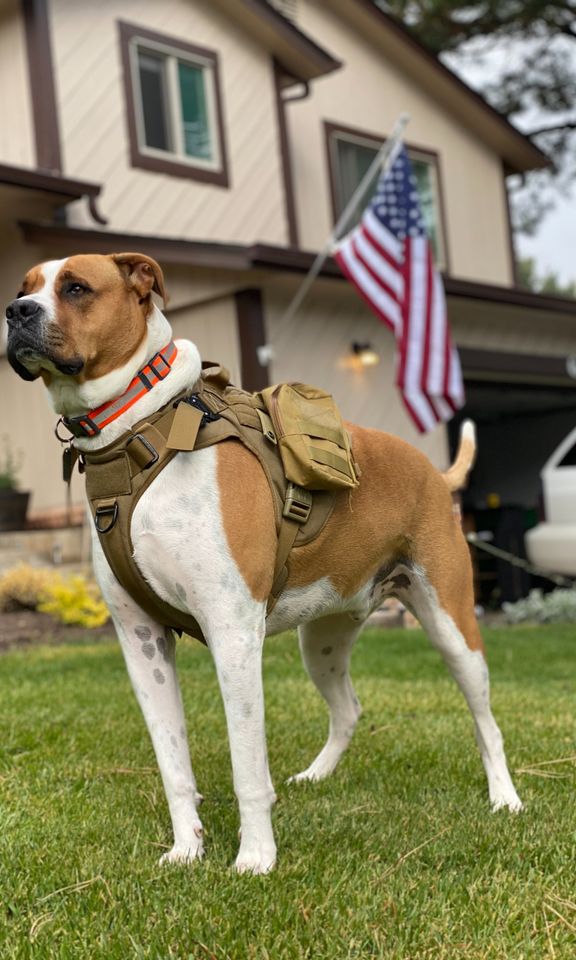 Benjamin’s friend, Natalie, was singing in a special recital at the local concert hall, which was an excellent opportunity for her. It was an audition and important people would be there to see her.

Benjamin didn’t want to go, but Natalie wanted him there, so he put on his only nice suit, grabbed Cooper, and went on his way.

Surprisingly, Ada and her husband approached them.
***

Benjamin got to the concert hall a bit late, ambling at a nervous pace. He didn’t want to make a fuss, so he decided to sit with his dog in the closest row he could sense didn’t have a lot of people. He knew at least two people were sitting in the same row.

One of them was a woman who huffed when she saw Cooper.

“Oh, Christ! Who brings a dog to a concert? To a nice concert hall, no less? Marty, do something!” Benjamin heard the woman complain. He maintained his composure. Maybe she didn’t notice his really black glasses and didn’t understand why he needed a dog. 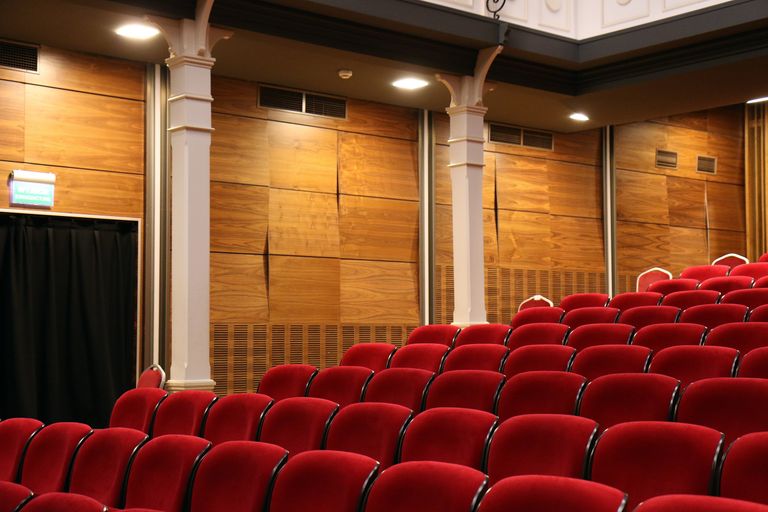 “Ada, we can’t do that. He’s blind. It’s his service dog,” her companion replied, mortified.

“You don’t have dog allergies, Ada,” the man said, and Benjamin could almost sense the man’s eyes rolling.

“I could have them now. We’re in close quarters here. I think… I think my nose is getting stuffy. Do something!” the woman continued to complain, and Benjamin found it humorous at that point. He never imagined he would be in that situation.

In today’s world, people were more sensitive and tried to be politically correct. But this woman had no shame at all. It was hilarious to him, so he smiled the entire time before the show began. Finally, Natalie took the stage and started to sing. She was brilliant, and although Benjamin couldn’t see her, he knew she looked beautiful. He regretted not sitting next to their friends who he knew were also watching. It would have been fun to marvel at Natalie’s talent with them.

Meanwhile, the woman seated next to him, Ada, continued to complain about Cooper throughout the entire performance. She sounded like an uppity rich woman based on her attitude. Someone else even hushed her, and she got even madder.

“I’ll shut up when this ugly mutt is escorted out of here!” she pretended to whisper.

At last, Benjamin was about to lose his temper. She knew he was blind and needed the dog. She had to know she was acting crazy, and worst of all, she was interrupting his friend’s concert. Maybe, I should leave, he thought, not wanting Natalie to hear this woman’s bickering. Benjamin decided he would leave as soon as Natalie finished her song. However, as the song ended, Natalie began to address the audience.

“Thank you, everyone. Thank you for supporting me. I’d also like to thank my friends, whom I love with all my heart. This next song is dedicated to one special friend in particular, Benjamin,” Natalie uttered, and Benjamin could hear the emotions in her voice. “You sacrificed so much for our country, and I only hope that this next song brings you happiness. Your future is bright, my friend, and we will be right beside you through it.”

Benjamin felt the tears falling from his unseeing eyes, and he also sensed Cooper’s head resting on his knee, comforting him as Natalie belted out a beautiful song.

To Benjamin’s shock, the woman next to him became oddly quiet the entire time, and she never complained about him for the rest of the concert. No huffing or puffing or pretending to sniffle because of fake allergies. Benjamin smiled, knowing that Natalie’s words had shut her up. 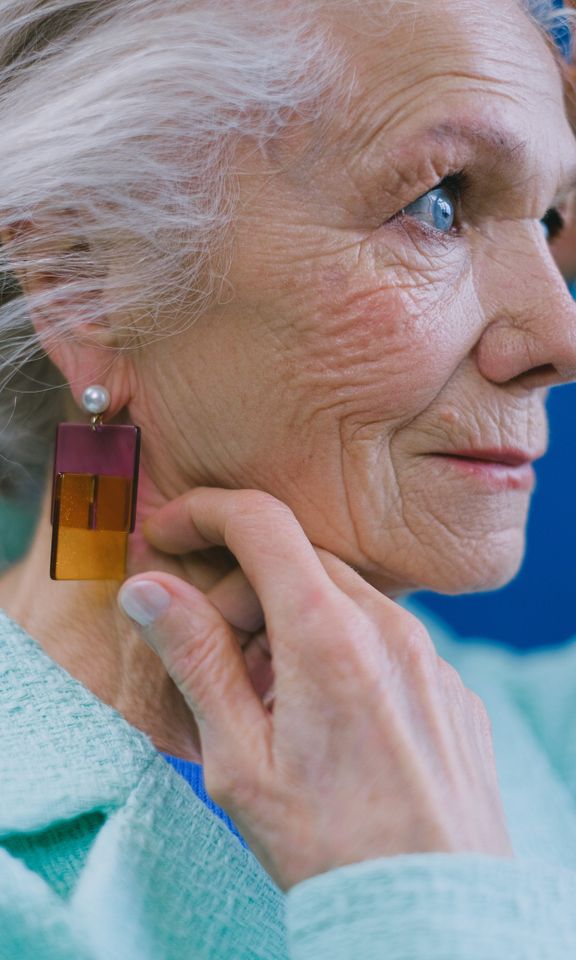 The woman might not respect the fact that a blind man needed his dog to get around, but she had to appreciate his military service. This was Texas, after all.

When the concert was done, Benjamin’s friends approached him. Natalie soon came out to greet the group, and they all congratulated her. Everyone was laughing and enjoying the entire night, and no one made special mention of Benjamin or his disability. It felt good to him to be out with his friends. It was the first time he felt a sense of normality in years. He hoped there would be many more.

Surprisingly, Ada, with her husband, approached them, and she apologized to Benjamin. 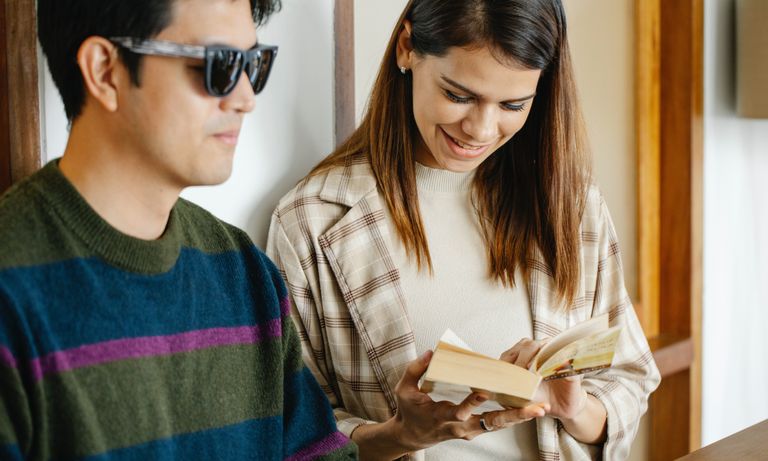 “I know you heard me. I have no excuse. I’m not used to dogs being in places like this, but I should’ve shut my big mouth,” she told him. He felt her shame.

“No worries. Just… don’t judge others before knowing what they’re going through,” Benjamin responded quickly before returning his attention to his friends, not wanting to talk to her any more. According to his friends, the woman left with her shoulders hunched and her tail between her legs. He didn’t care.

Benjamin knew he would have to face tons of people like Ada in the future. However, he would get through it. His confidence was back. His independence was back, thanks to his dog, and his friends who supported him. Nothing could stop him.

Never judge others because you don’t know or understand their situation. Ada knew she was out of line after realizing she had misjudged Benjamin, not knowing his story.
We find strength in the people who support us. Benjamin had many people who loved him and wanted him to get better. That’s enough to get through anything.