RIP To The Woman Whose Face Was In Every Single Supermarket

Sadly, Cook passed away last week at the age of ninety-five, and the Gerber company, who has used Cook’s face on their packaging for ninety years, confirmed her death.

“Many years before becoming an extraordinary mother, teacher, and writer, her smile and expressive curiosity captured hearts everywhere and will continue to live on as a symbol for all babies,” Gerber wrote on Instagram. 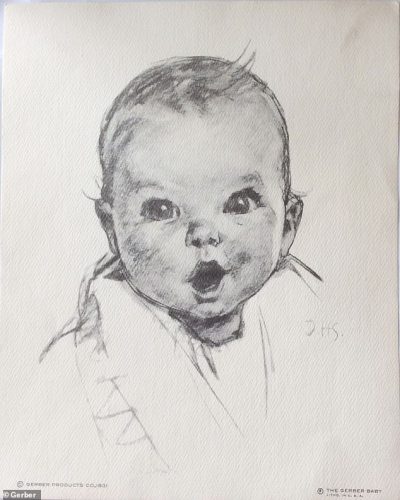 Cook was born in 1926 and only spent the first few months of her life not being famous around the country. The image of Cook was done using charcoal and was submitted for a food packaging contest that Gerber had opened up to the public. The company was looking to put an actual baby face on their products rather than the existing ABC blocks that they had.

Dorothy Smith told Gerber that they would have to have the charcoal drawing turned into an oil painting if she won. However, they enjoyed the sketch so much that they decided to keep it as it was.

However, Gerber did not trademark its image of Cook until 1991. Then they copyrighted it in 1993 because the image was gaining so much popularity in the world.

For a long time, Gerber kept the identity of its baby secret until 1978 after doing a survey to have fans see if they could guess the model. Cook didn’t even know she was the Gerber baby until she was three years old. But when she found out, she was delighted. 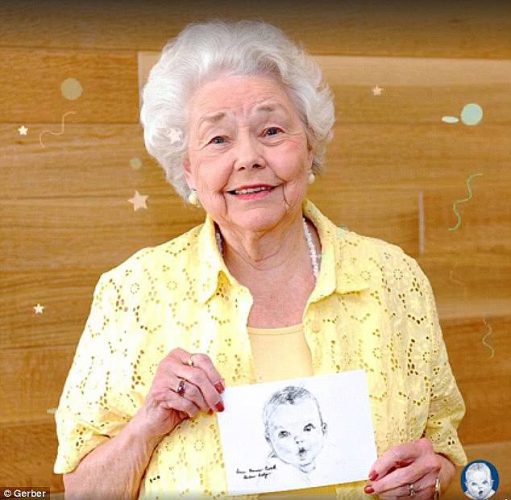 “I was probably about three years old when mother pointed at a baby food jar and said that was my picture,” she said in an interview with CBS Sunday Mornings in 2013. “I thought it was quite a lovely thing.”

Cook said her “own children (would go) through a grocery store and they would point to the Gerber baby food and say: ‘That’s my mother’s picture.’” The children would say this to anyone who was walking by.

Gerber has been pushing the boundaries of who they include as their iconic baby. Each year, the company selects a new infant face for the company. In 2018, Lucas Warren was the company’s first-ever Gerber baby with down syndrome.

“We’re hoping this will impact everyone — that it will shed a little bit of light on the special needs community and help more individuals with special needs be accepted and not limited,” his father, Jason, said.

“I didn’t know whether to stop and explain because it’s kind of a complicated story or just kind of grin and go on,” Cook said.

The original Gerber baby sketch remains on display at the company’s headquarters in Fremont, Michigan.