Ryan Gosling & Eva Mendes Cook, Clean & Refuse to Employ Nannies for 2 Kids — Inside Their Modest Life Out of Town

Eva Mendes made a “cheap” $6 dress work on the red carpet.

She paused her career to raise two kids at home.
She leads a modest life with Ryan Gosling out of the public eye.

Eva Mendes is a Miami-born actress who came onto the scene in the late 1990s. Her first few roles were nothing to write home about, but her big break came in 2001 when she played Denzel Washington’s love interest in “Training Day.”

Since then, Mendes has proven her talent on the screen as well as a fashion designer, model, and entrepreneur. She met Ryan Gosling on the set of “The Place Beyond the Pines” Their connection extended beyond the scripted scenes, and they began dating. 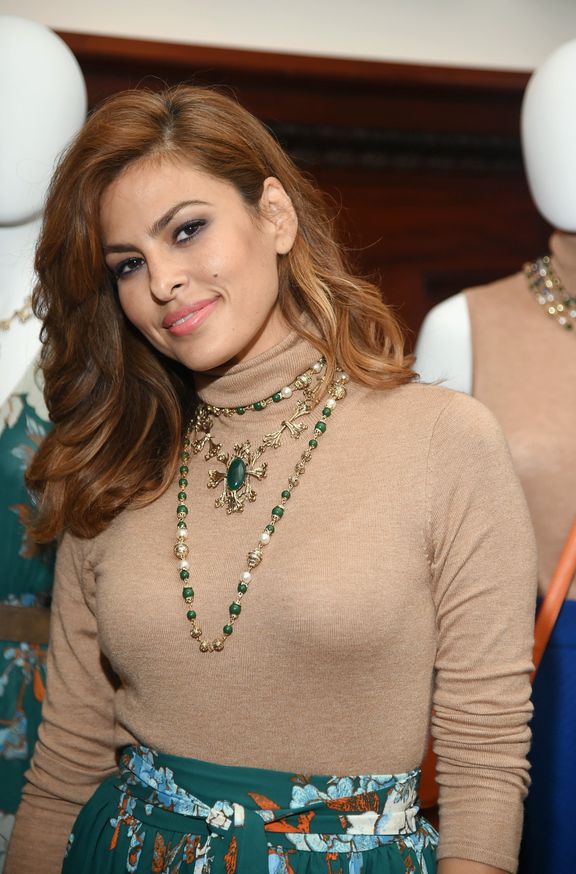 Gosling, who got his start on “The Mickey Mouse Club” show, is hooked on his lady love, Mendes. To date, he has eyes for no one but her. The notoriously private couple seldom share the details of their relationship, but when asked about his family, the actor gushed:

“I know that I’m with the person I’m supposed to be with. There’s nothing else I’m looking for.”

The couple has two daughters— Esmeralda Amada Gosling, born in 2014, and Amada Lee Gosling, who came two years later. The children have brought joy and fulfillment into their parents’ lives. Mendes, who had the girls in her forties, feels blessed to have had problem-free pregnancies. 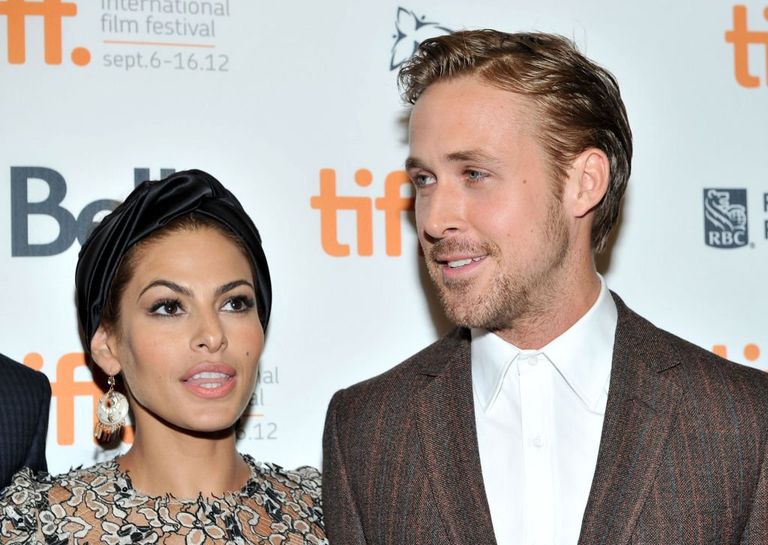 It’s a good thing that Mendes is adaptable. Her first red-carpet look was a thrift shop dress that cost six dollars at Goodwill. She wore the stunning white dress on the red carpet of the premiere of the film, “The Others” in 2001.

Having been a working woman, started businesses, and conquered Hollywood, Mendes maintains that being a mother is the most creative thing she has done in her life.
But the model/designer is so comfortable in her skin that she can rock anything from sweatpants to haute couture. She has worked with brands like Calvin Klein, Cartier, and Reebok as a model and brand ambassador. She has also worked with New York & Company on a collection and is the creative director of a beauty brand. 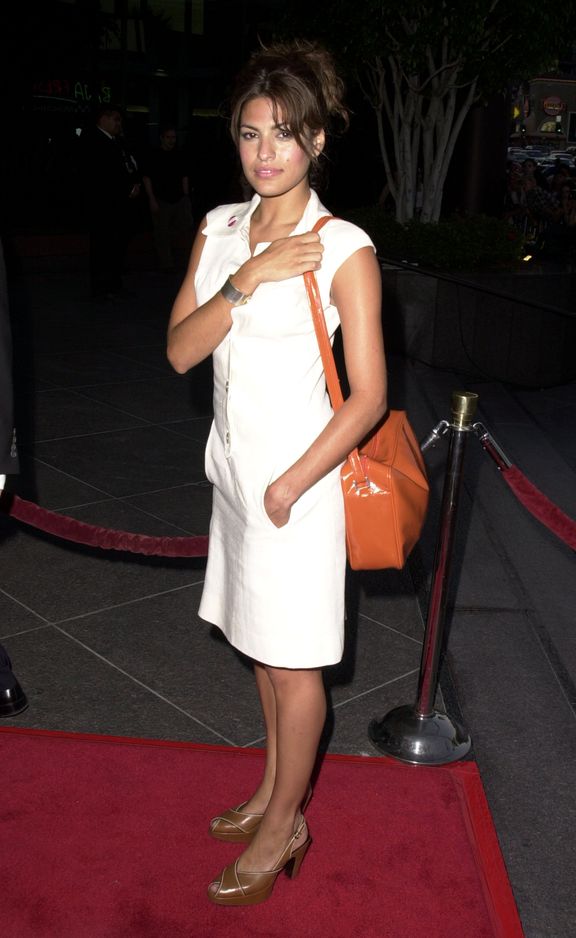 The “2 Fast 2 Furious” actress pumped the brakes on her career to be there for her children. Her last movie project was “Lost River” in 2014. When netizens and media outlets claimed that she had quit, Mendes posted on Instagram clarifying her position:

“I never quit acting. I wanted to be home with my babies and fortunately my other business ventures allowed me to do that more than acting would.”

Gosling and Mendes believe in keeping their family together, often traveling worldwide as their work demands. Even at their home base in Los Angeles, Mendes makes an effort to be there for her daughters and gets to witness every special moment.

The “Hitch” star recalls how her own mother was there for her as a child. Her mother’s presence in the home during her formative years shaped who she became. Mendes wanted to give the same gift to her daughters to help them have a solid foundation.

Gosling acknowledges his partner’s sacrifices to raise their children and build a home for their family.
Having been a working woman, started businesses, and conquered Hollywood, Mendes maintains that being a mother is the most creative thing she has done in her life. Nurturing children and watching them grow is a constant learning experience. 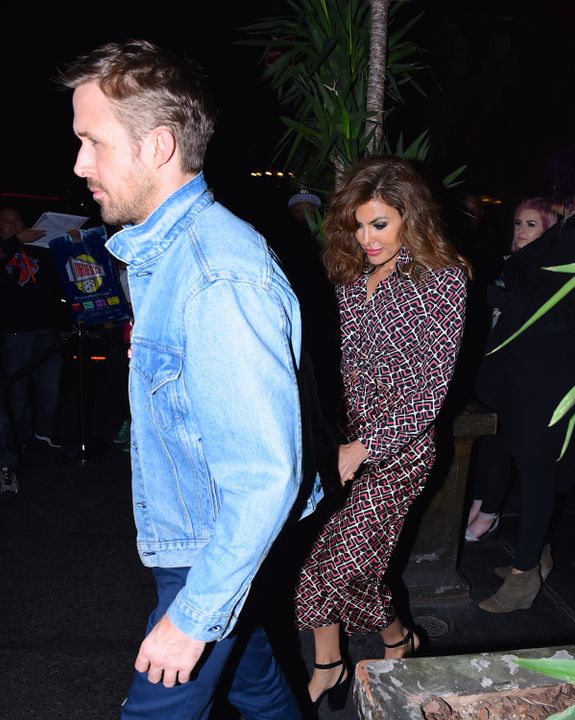 Cooking and Cleaning for the Children

Gosling, who is an “incredible cook,” tends to be in charge of making the family’s meals. On the other hand, Mendes, who is a self-professed “control freak,” takes great pleasure in washing dishes and leaving the sink sparkling. Speaking of her fixations, she said:

“Life is so chaotic. But the one thing I can control is my house, my kitchen. So when I do the dishes it’s meditative for me. It really goes deeper than just cleaning up. It really gives me clarity. Clean sink equals clear mind for me.”

Even though Esmeralda and Amada have a tutor, they do not have nannies or housekeepers. Mendes and Gosling prefer to care for their household, with occasional help from their family. The goal is for the girls to have a normal childhood.

Gosling acknowledges his partner’s sacrifices to raise their children and build a home for their family. Without his sweetheart’s support, he would not have had the freedom to focus on work. While accepting a Golden Globe Award for his part in the movie “La La Land” in 2017, the actor acknowledged:

“While I was singing and dancing and playing piano, my lady was raising our daughter, pregnant with our second and trying to help her brother with his battle with cancer. If she hadn’t taken all that experience, someone else would be up here.”

And Mendes is just as devoted to her man, saying there is no place she would rather be with him. As her daughters grow, she is becoming more open to opportunities coming her way, like her partnership with the cleaning brand Skura Style.

Eva Mendes is living and loving on her terms. Together with her partner, Ryan Gosling, they are defying gender roles and society’s expectations to carve out a life that works for their family. When she is ready to get back in the acting saddle, here’s hoping that the right roles come along.