Actress Sandra Bullock appeared on an episode of “Red Table Talk,” the Facebook talk show hosted by Jada Pinkett Smith, her mother Adrienne Banfield-Norris and daughter Willow Smith in December 2021. In the 30-minute interview, the Oscar winner opened up about raising her children, 12-year-old Louis and 10-year-old Laila. Bullock spoke about being a white woman who is raising two Black children and the criticism she has received in relation to this.

The 57-year-old adopted Louis back in 2010 and Laila in 2015. Not only is she a doting mother of two, but Bullock said on the show that she believed her own late mother, Helga Meyer, played a role in bringing her children to her. She revealed that she had been in Jacksonville, Wyoming, both times that she learned she was getting her children and it just so happens to be where her mom got married as well.

When she spoke about raising her kids, Bullock admitted it wasn’t always easy. One reason was that Laila was already 3 when the star adopted her and had some trauma from going through the foster care system. The actress also acknowledged other difficulties she’d had.

Another reason was related to the fact that her children are Black and she is white. Bullock spoke candidly about how she gets worried when she thinks about her kids growing up and going into the world on their own, especially Louis.

Keep reading to learn more of what Bullock had to say on the subject and why she thinks teaching her kids about racism while they are still young is the right thing to do. 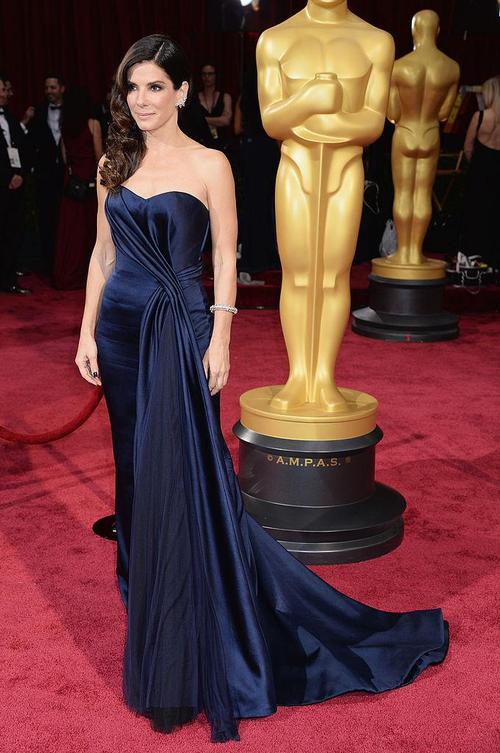 Bullock adopted her son Louis Bardo Bullock in 2010, but the process of becoming his mother did not happen overnight. Before she met Louis, Bullock had nearly given up her dream of becoming a mother when she reached her early 40s.

“And then (Hurricane) Katrina happened. Katrina happened in New Orleans and I knew. Just something told me that my child was there. It was weird.” Whether or not it was a gut feeling or a “God feeling,” Bullock told Hoda Kotb during an interview on Today that they are “one and the same.”

In 2015, she became a mom a second time when she adopted her daughter, Laila Bullock. Back in May 2020, Bullock and her then-8-year-old daughter appeared in an episode of Jada Pinkett Smith’s Facebook Watch talk show, “Red Table Talk” saluting the heroic moms who are helping to keep the country safe, healthy and fed during the current pandemic.

In the same Today interview, Kotb asked Bullock if it was a “coincidence” that she found her daughter Laila, but the actress explained: “It’s Louis’ way. Louis has a very strong way. He’s a fine leader and he led me to Laila.”

Bullock then said that she hopes by telling her story people will know that “there is no endgame.” “There are hundreds and thousands of children that are ready to be your child. You are a forever parent the minute you accept the love of that child,” she said.

Despite being an Academy-Award-winning actress, Bullock believes that her true calling is to be a mother. She explained: “Being a mom, I finally realized ‘Oh this is what I was supposed to do when I grow up. Not be an actress, to be a mom.’”
“I felt that calling at a very young age but I had to become the mom that I was supposed to be for the kids that were waiting for me.” 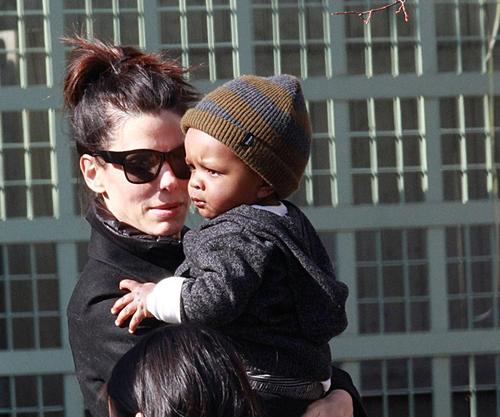 During an episode of “Red Table Talk,” Bullock expressed her concerns about being a white parent to Black kids: “As a white parent who loves her children more than life itself, I’m scared of everything … I know I’m laying all kinds of existential anxiety on them. I have to think about what they’re going to experience leaving the home. They’re gonna have my fear but how can I make sure that my anxiety is accurate, protective?”

She revealed that she’s especially worried about Louis when he grows up. She said:
“With Lou being a young Black man, at some point, sweet, funny Lou, is going to be a young man, and the minute he leaves my home, I can’t follow him everywhere. I will try. I’m joking, but I’m not. I don’t know what I will do but I pray and I pray and I pray that I’ve done a good enough job, scared them sufficiently.”
She added that she’s “been schooling Lou since he was 6 years old.” She recounted an incident that ended up as an educational moment: “(Louis) popped that hoodie on his head and I went, ‘Ahhh.’ I said, let me just explain. And I let him see everything. I let him process it. He knows how the world works. He knows how cruel it is, he knows how unfair it is, and now Laila’s knowing it.”

Bullock also said during the segment, “To say that I wished our skins matched … sometimes I do,” adding, “Because then it would be easier on how people approached us.”

Bullock admitted that while no one had criticized her to her face for having adopted two Black children, she did receive racism about her decision. Her response: “But guess what? Your sickness is not my problem.” 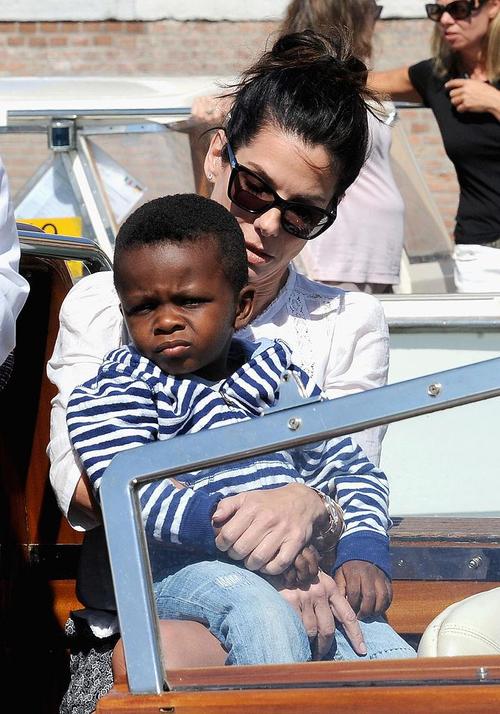 In 2015, Bullock spoke with BET about whether or not she had spoken with her then 5-year-old son about racism. She said:
“It’s an open conversation that we have. He fully understands what that means. He doesn’t understand why people judge each other based on the color of their skin, but he knows they do. He also knows that there’s sexism, he knows that there’s homophobia. He knows a lot for a five-and-three-quarter-year-old.”
The mother of two said she knows she won’t always be able to shield her children from the world, so teaching them about the reality of racism is vitally important. Bullock added: “I think if you don’t start the conversation very early on, you’re doing them a disservice. I can’t ride in a bubble with him. I want him to know the truth, but I also want him to know the good in the world as well.

For Bullock, her son’s safety is the most important factor. “Those are hard conversations to have, you know. It’s not any conversation any parent wants to have with their child, is that you’ll be judged by the color of your skin rather than the content of your character. But it exists, and I want him to be safe and I want him to be aware,” she said.

Bullock continued: “Once he leaves that house and I’m not with him, it’s his life and how he approaches it is his decision. But I want to know that I did the best I could as his mom to educate him on the ugliness in the world, and also the beauty.” 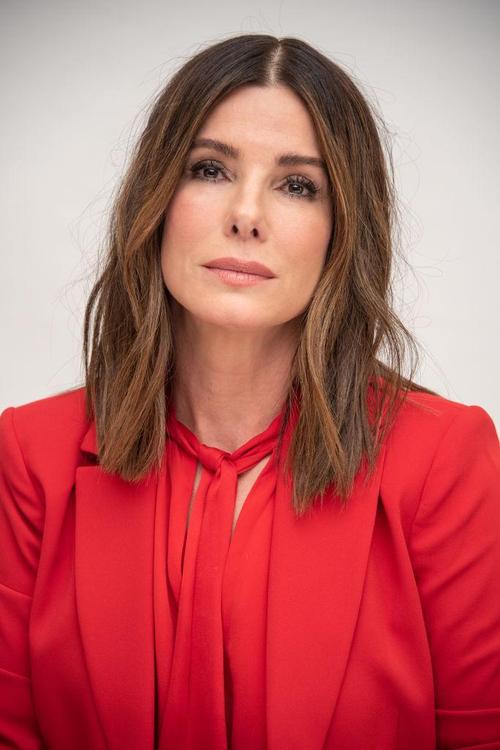 What do you think of Bullock’s decision to educate her children about racism at a young age? Let us know your opinion, and feel free to pass this on to your friends and family.