Selena Gomez Accepts Her Body Shape & Hits Back at Critics: ‘I Am Perfect the Way I Am’

Selena Gomez has faced a lot of backlash about how she looks years after she started working in Hollywood. After getting help and spending years becoming comfortable with herself, the musician now proudly shows off her body with no shame or regret!

In May 2015, Selena Gomez showed off her full figure at age 23 in a bikini, and instead of getting praise and approval, the singer was fat-shamed. People were so critical of her that she ended up seeking professional help.

In October of that same year, she confessed to Us Weekly that she’d seeked help some she could work on herself. She also shared what type of incidences she experienced to push her to that point. 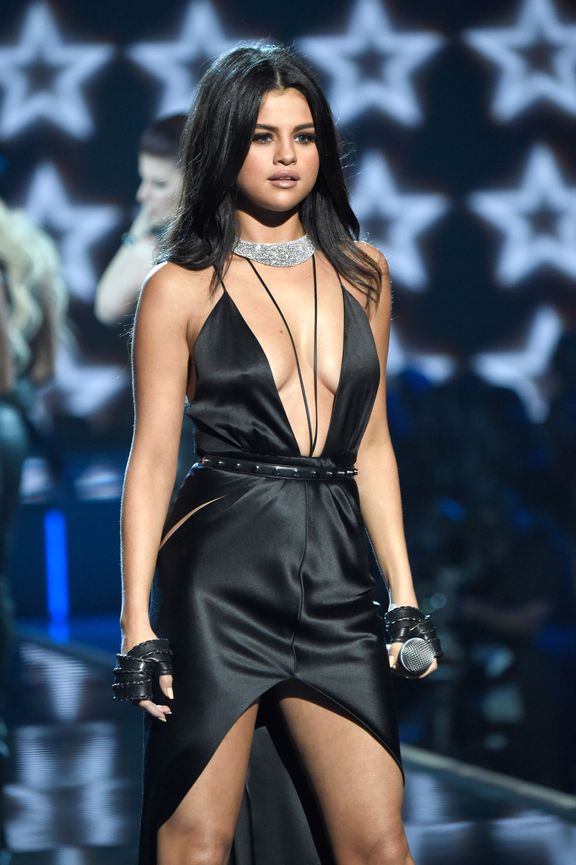 Speaking to the publication, the “Revival” songstress revealed how she’d arrive at the airport, and people would yell at her, “You’re fat!” It was awful.’ The star said she’d started working in Hollywood at age seven, but 2015 was the first time she was body shamed.

Gomez became sad about her continued criticism and tired of feeling like she was “pulled down by something.” She started attending therapy and could accept herself the way she was.

The star even “felt good” about being naked for her “Revival” album cover art. She said she was becoming more of herself, more self-aware, free, and confident while refusing to stay in her room feeling depressed. 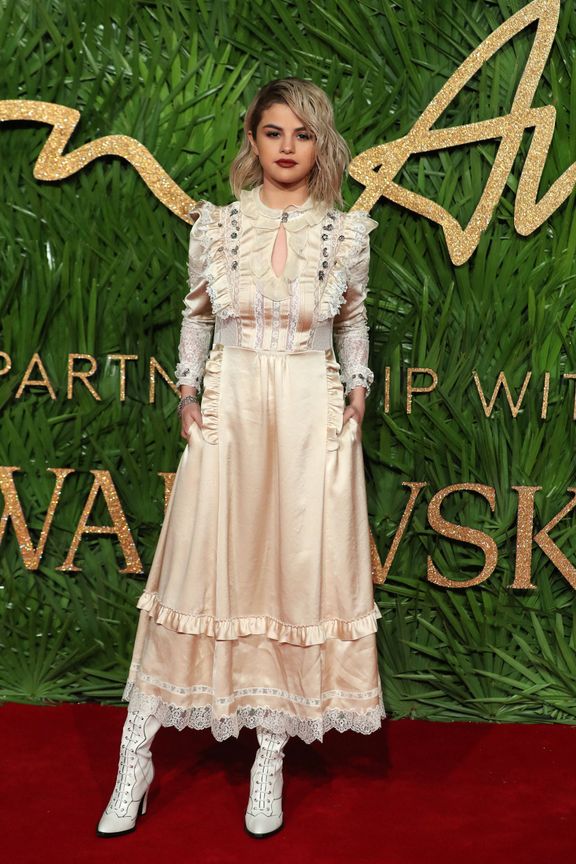 In November 2017, Gomez opened up further about struggling with another issue – her lupus diagnosis. While speaking at New York City’s Lupus Research Alliance Annual Gala, the star revealed her diagnosis via Instagram .

In her post, she said she would be “lying low” for parts of the summer after receiving a kidney transplant from her friend Francia Raísa. She thanked her donor for giving her the “ultimate gift” and described herself as “blessed.”

At the gala, the musician shared how she was opening up about her lupus battle to raise awareness about it. She revealed how doctors discovered the disease after she’d undergone tests to monitor her kidneys.

Gomez was diagnosed with lupus nephritis, a complication from the disease, and was told she needed a transplant. The star she was doing well after her friend became her organ donor.

Speaking to Cosmopolitan in August 2020, the singer admitted to having been insecure in the past. She explained that her lupus caused her weight to fluctuate immensely, with the singer adding:

“So I’ve had to learn pretty early to have thick skin when it comes to this stuff and to understand that it doesn’t matter at all. It’s just hateful.” 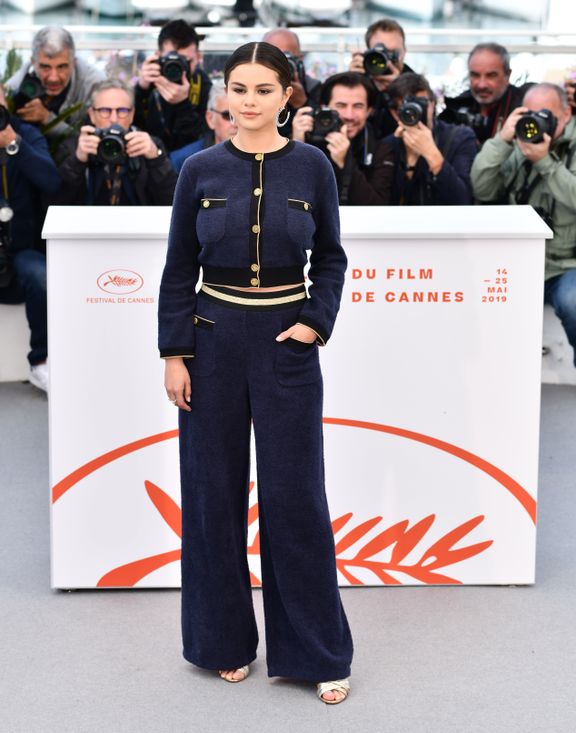 In 2019, while speaking at the Cannes Film Festival, Gomez discussed social media’s effects on her generation. She revealed she became scared when seeing how exposed young girls and boys were on social media.

The “Wizards of Waverly Place” star said she thought it was impossible to make social media safe, and she tried being conscious when posting to avoid pressurizing her fans unnecessarily. Gomez took some time off from social media for her peace of mind and suggested others do the same, stating:

“I am happier, I am more present, I connect more with people.”

In her “Good Morning America” 2022 interview, the singer revealed that she hadn’t been on social media for four and a half years! Gomez shared that the break had changed her life “completely” because she was now “happier” and “more present.”

The star confessed that she connected more with other people and felt normal. The break appeared to have made her even more confident in herself, and she’s shared how her weight has been affected.

GOMEZ’S POINT OF VIEW ABOUT HER BODY 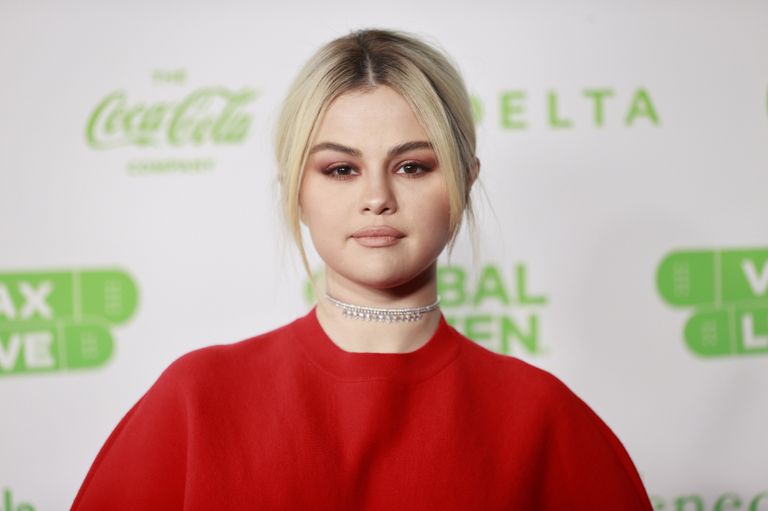 In April 2022, 29-year-old Gomez took to Tik Tok to share a clip with a touching and relevant life message. The “Only Murders in the Building” star joked that she was trying to “stay skinny” but couldn’t help getting three egg rolls, four tacos, a spicy chicken sandwich, and onion rings before adding:

“But honestly, I don’t care about my weight because people [expletive] about it anyway.” 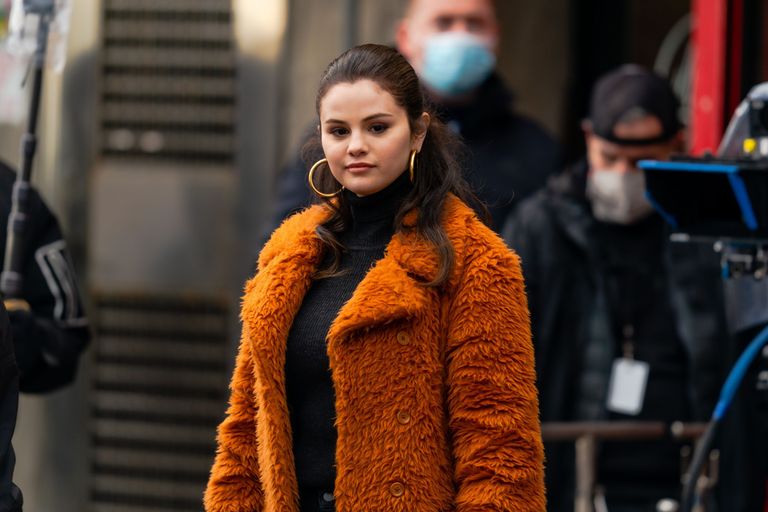 The pop musician revealed that the usual comments she heard about her body included that she was too small, too big, or an item didn’t fit her well. Gomez, who started posting on Tik Tok recently, concluded her video, stating to her haters:

“[Expletive] I am perfect the way I am.”

During her Cannes appearance, Gomez said she hoped that young people who were bullied would be able to speak up about it one day. However, in the meantime, she would be their voice to raise awareness.

The star’s advice for young people on social media was to be honest, and intentional about what they were paying attention to. She also urged them to remove themselves from photos to avoid the fake standards perpetuated by such platforms.

The songstress believed that most of the time, the images were not even authentic. Gomez also noted that “being vulnerable” was a strength, not a weakness, and in August 2022, she stepped up her body-positivity movement.

[Selena] Gomez revealed that she’d stopped caring what other people had to say about her, and it had been “wonderful!”
Taking to Tik Tok again, the “Lose You to Love Me” singer appeared wearing a multi-colored La’Mariette one-piece swimsuit. The swimwear item was part of her 2021 collection that she designed with Theresa Mingus, her friend, and former assistant.

In the video, which reached millions of her fans, Gomez was seen lounging in the sun and lip-synced YouTuber LaTasha Kebe, known as Tasha K’s famous audio clip with someone saying, “Suck it in.”

The pop musician defied the statement and gave a body-positive message and challenge, saying she wouldn’t suck anything in! The star noted how real stomachs were coming back, and before turning 30, Gomez told People magazine that she was “excited” to see what the future held for her.

Ahead of her July 22, 2022, birthday, the Rare Beauty founder revealed that she loved growing up. She explained that when she was younger, she’d feared the natural progression and thought her life would’ve looked different.

The singer was pleasantly surprised that growing up was not what she’d expected, and she was thrilled! Gomez revealed that she’d stopped caring what other people had to say about her, and it had been “wonderful!”