On April 7, 2018, the Clemens family changed forever. The family of seven was near Sterling City, Texas, when they were involved in a head-on crash. Parents, Jim and Karisa and the couple’s two-month-old daughter Juliana, were killed. Their other children, Angela, Zachery, Wyatt, and Nicholas survived, but were critically injured.

The three eldest children were transported to a Fort Worth hospital where they would begin their long road to recovery. 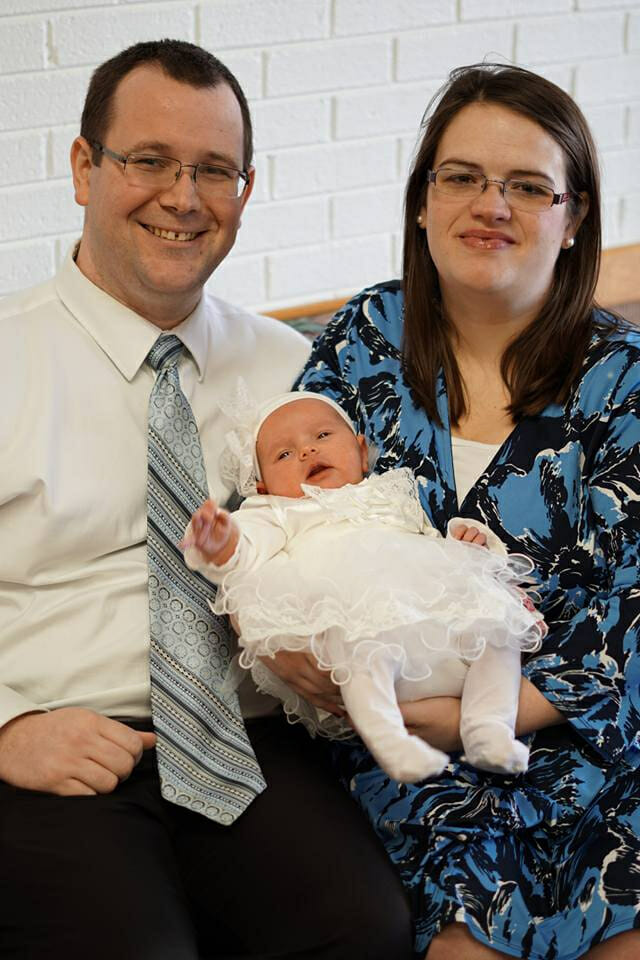 Angela, 8, suffered severe head trauma, which left her in a coma for a week. She also broke her legs. Zachary, 5, broke his back and suffered many internal injuries. Wyatt, 4, suffered several strokes and initially was left partially paralyzed on his left side.

Their youngest living sibling, Nicholas, 2, was treated at the hospital for his injuries and released a few days later into the care of an aunt. 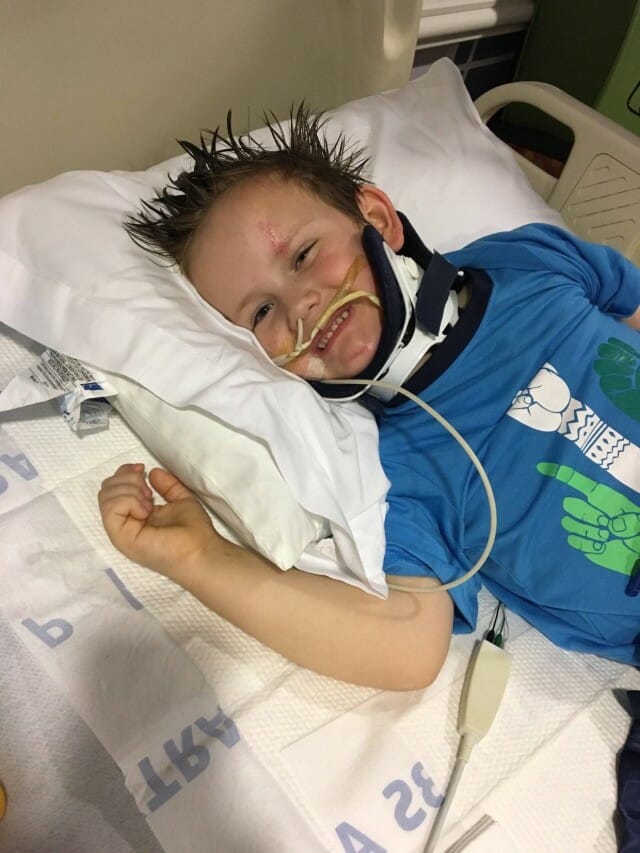 Each child experienced high and low points throughout their recovery.

When Angela finally woke up, Teresa Burrell, the children’s great aunt told TODAY, the first person Angela asked for was her brother.

“So we knew she had remembrance of her family,” Burrell said. “It’s really hard with brain damage to know where you’re headed. But we are very hopeful from where we were a couple of weeks ago.” 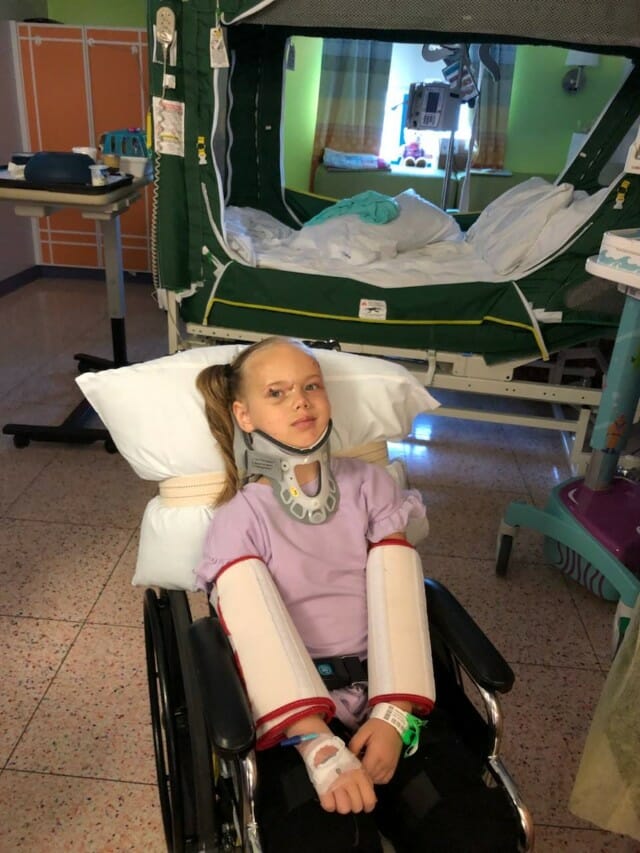 One moment in particular that brought hope to everyone was when the three siblings saw each other for the first time since the fatal crash.

“It was what they really needed,” Burrell said. “They just are grieving and were comforting each other.” 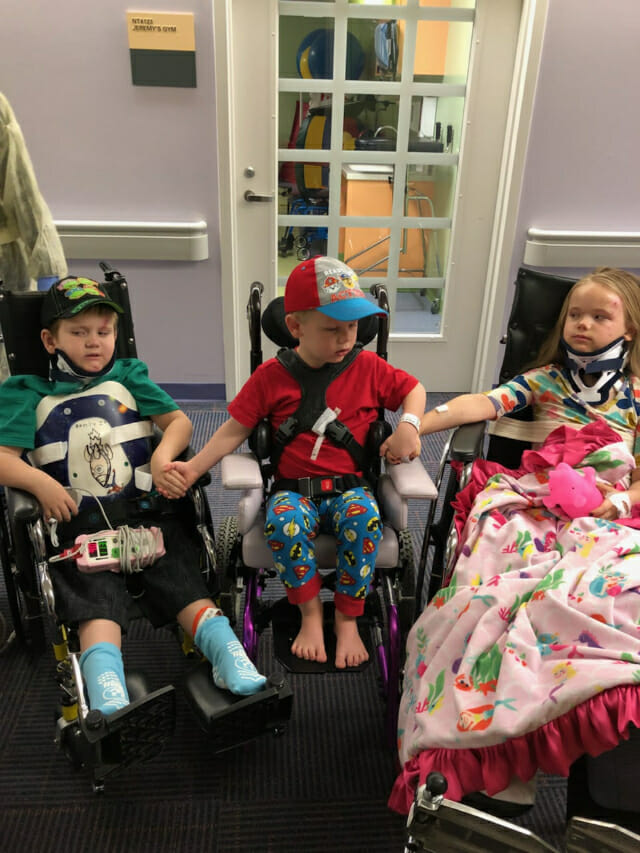 During Zachary’s recovery, he began to show signs of depression. In order to help lift his spirits they threw an ice cream party. In attendance was his big sister Angela and his little brother Wyatt.

“They sang silly songs and it was like night and day. He just improved,” Burrell said. “All three of them being together just lifted his spirits. He just cheered up.” 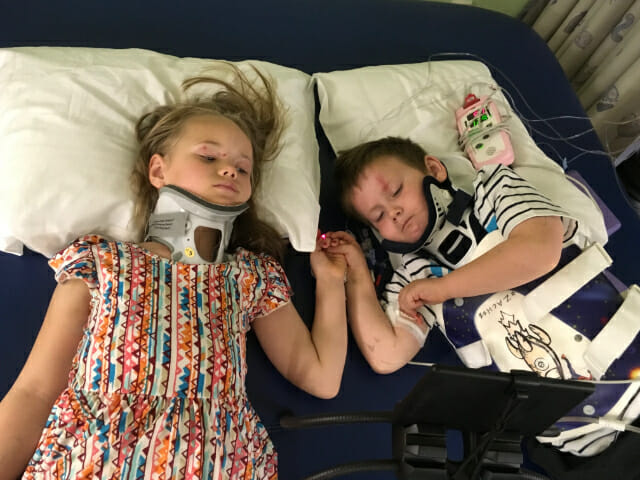 As days turned into weeks, the Clemens siblings continued to improve, and their road to recovery was made slightly easier thanks to a fundraiser which raised nearly $300,000.

“So many good people, from all different kinds of faiths, have united their prayers on behalf of these children, and we’ve felt it,” Burrell said. “We felt it as a family and we’ve definitely seen it in these children. We’ve just seen it. It’s just been a miracle and it’s been amazing.” 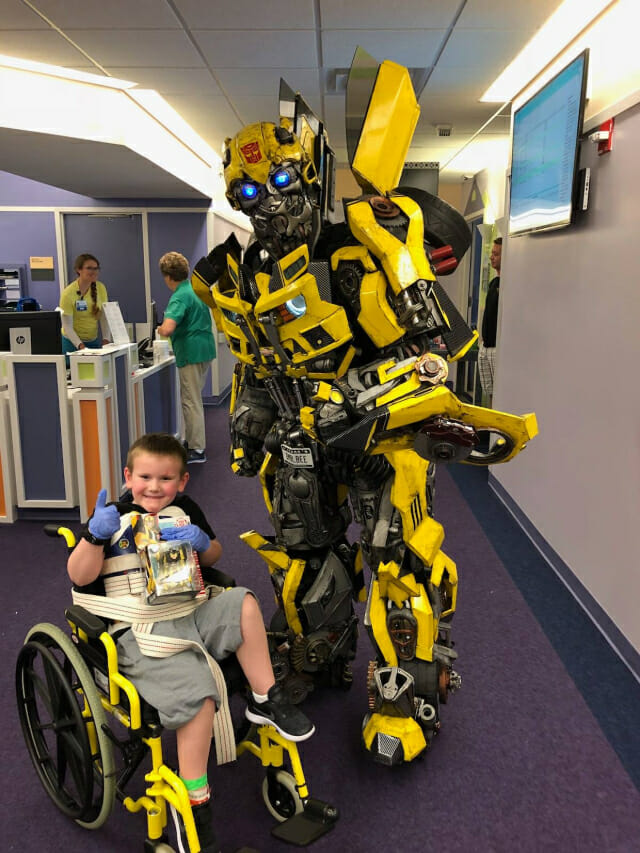 Since the photos of the Clemens siblings reuniting went viral, the children have continued to regain their strength.

According to PEOPLE, the children live with their grandmother, Susan Skillicorn, and her husband. Burrell said that while the family is unsure how Angela’s brain damage will impact her, she and her siblings began a new school this past September,

“We were visiting, I want to say a month and a half or so ago … they were running around but trying not to run around,” Burrell told PEOPLE. “There was just lots of laughter and lots of happiness. There’s also sad moments of course, they miss their parents, they’re gonna need to have counseling — but their future looks bright, they’re doing as well as can be as expected.” 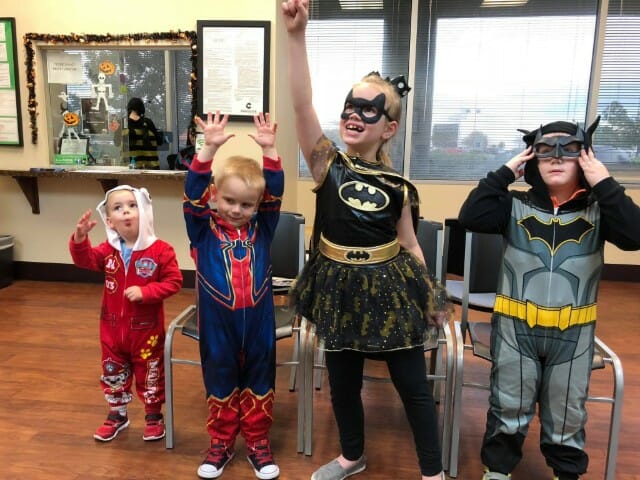 While the Clemens siblings are not fully healed, they have made incredible strides, surprising their family and doctors.

We wish them the best on their incredibly difficult journey, but we know they have a great support system behind them, and that’s just as important as their treatments.

Share this article to show your support and wish these children well on their road to recovery.