Single Woman Adopts Homeless Girl, Notices Pendant on Her Neck Belonging to Her Missing Daughter – Story of the Day

Years after her daughter Irene went missing, Natalie adopted a little girl, Kate. The grieving mother was hoping to heal, but the universe unexpectedly pointed her towards her missing daughter instead.

For the first time in years, Natalie opened the windows of her living room and watched the golden specs of dust float around aimlessly.

Even those little dust particles reminded her of her daughter Irene, who had gone missing four years ago. “It’s like confetti, sprinkled all across the earth!” Irene would say, trying to catch a sunbeam in her little palms.

The memory of her sweet face was just as fresh and just as painful. For a moment, she wanted to forget everything and collapse on the couch again.

‘No, not today. Today, another little angel is walking into my life.’ Natalie fluffed the cushions and took another walk around the house. She ensured every room was neat and tidy before her newly adopted daughter came home. 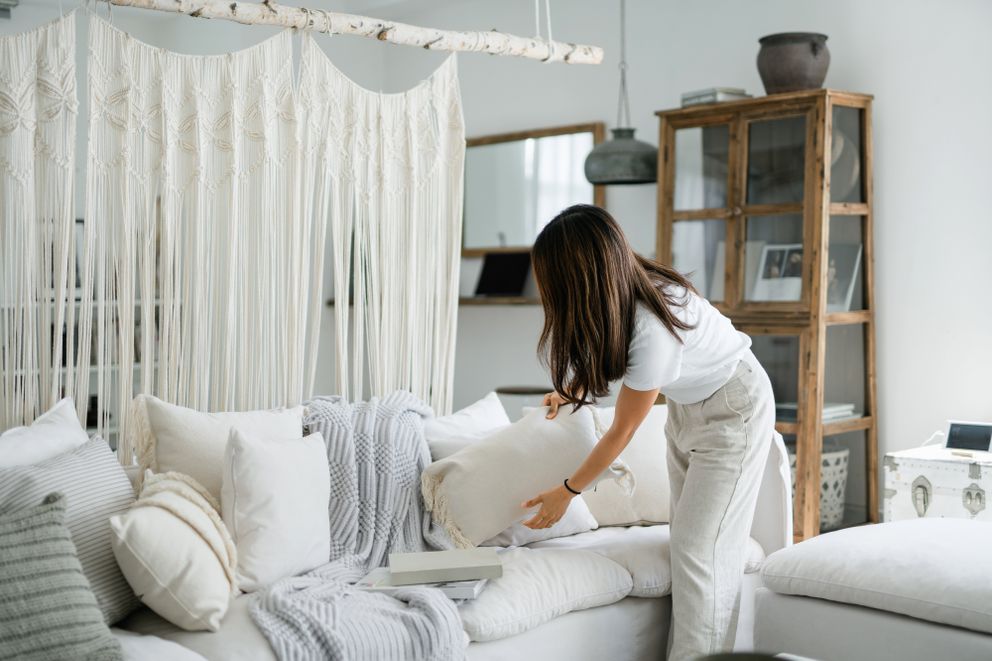 After everything that Natalie had been through in the last four years, she decided that the only way she could cope with her daughter’s disappearance was to give all the bottled-up love and affection to a lesser-fortunate child.

That little girl who was about to walk into the broken mother’s life was eleven-year-old Kate. Natalie was introduced to the shy girl through an adoption agency – and unlike a few other children she had met, there was an instant connection with Kate. It was as if Kate was meant to be found by Natalie, and the girl’s gentle heart was meant to soothe Natalie’s emotional wounds.

‘She will never replace my darling Irene,’ Natalie thought, ‘but I will raise her with all the love I have saved up in my heart.’

The doorbell rang. The moment was finally here. Natalie’s officially adopted daughter was moving in with her.

Kate looked too happy to hold back from hugging her new mother. 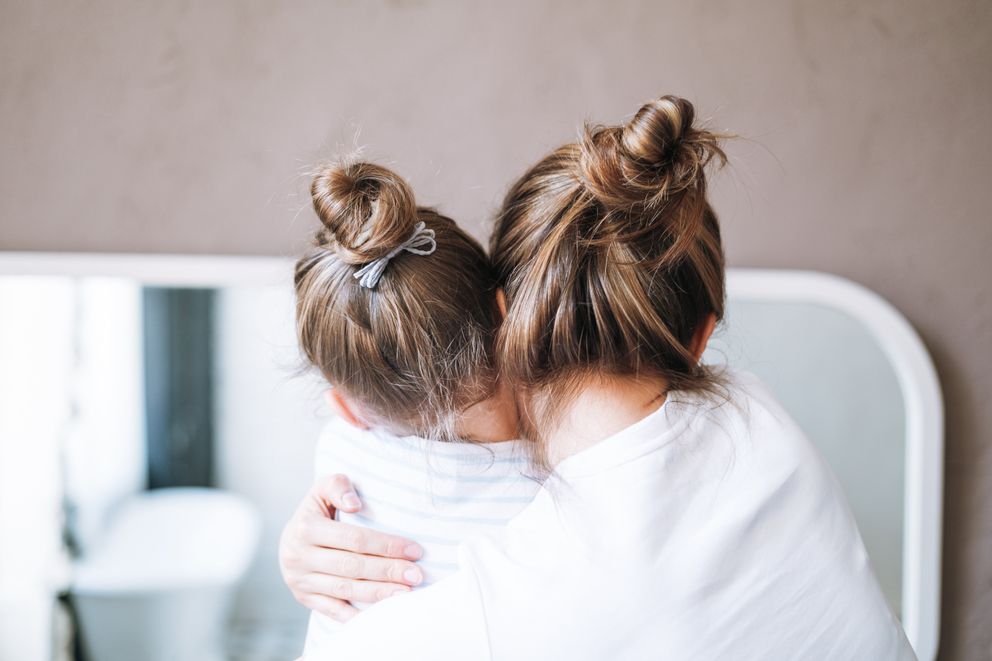 “Thanks for dropping her, Kevin,” Natalie said, as she almost forgot to notice her ex-husband. Their marriage may have ended two years ago, but their friendship was much older and more profound.

“No problem, Natalie. I should get going. If you need anything, just give me a call,” Kevin said, kissing his ex-wife on the cheek and walking to his car.

He was the kindest person Natalie had ever known. She would never have the courage to tell him this. Still, Natalie often felt responsible for the end of their loving marriage.

Sharing love can reap the most unexpected rewards.

Life was perfect with a doting husband and a happy little daughter, but when Irene suddenly went missing from school one day, it marked the beginning of the end for Natalie and Kevin.

Through the sleepless nights, the endless what-ifs, the erratic switching between emotional outbursts and emotional coldness, the disappearance of Irene cast blow after blow on the husband-wife relationship. They loved each other too much to keep hurting and clawing at each other’s wounds. So amidst the grief of their missing daughter, Natalie and Kevin walked away from each other. 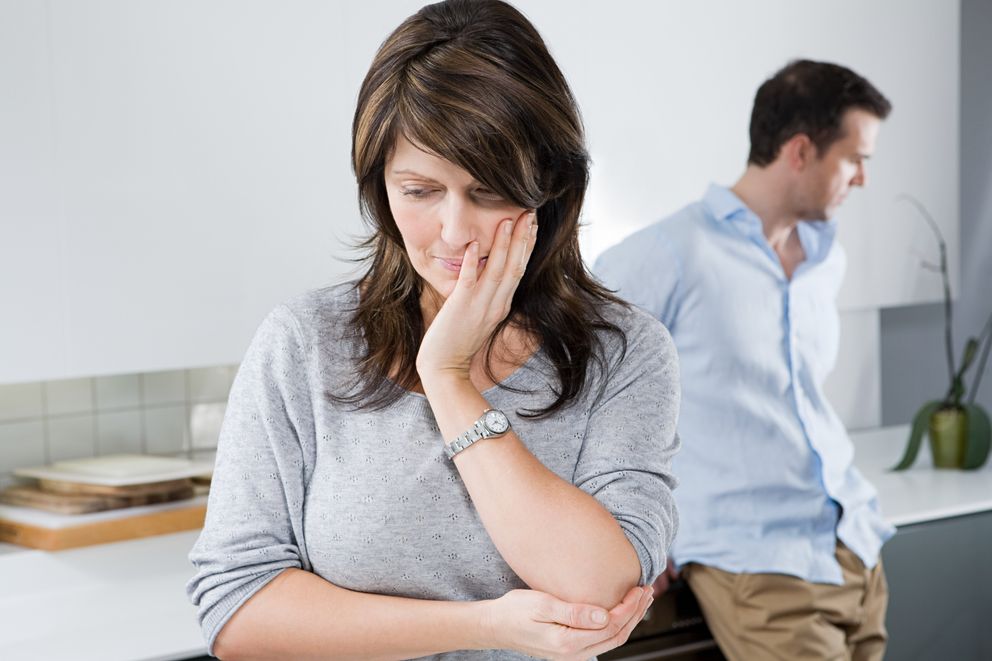 “Where shall I keep my bag, mom?” Natalie was still surprised to hear the word ‘mom’ from Kate’s mouth. It felt good to be called that again.

“Here, this is your room. You can unpack your suitcase right here, sweetie,” Natalie said.

Kate neatly took out one item after the other from her bag and placed it on the floor. Just as she pulled out a small purse of change, something got entangled and fell onto the carpet.

Natalie’s heart skipped a beat. “It couldn’t be! Isn’t that…?”

“What’s wrong, mom?” Kate was concerned by her mother’s speechlessness and shock.

Why wouldn’t she be? She was staring at a beautiful pendant dangling at the end of a necklace. It was the same pendant that her missing daughter Irene used to wear! 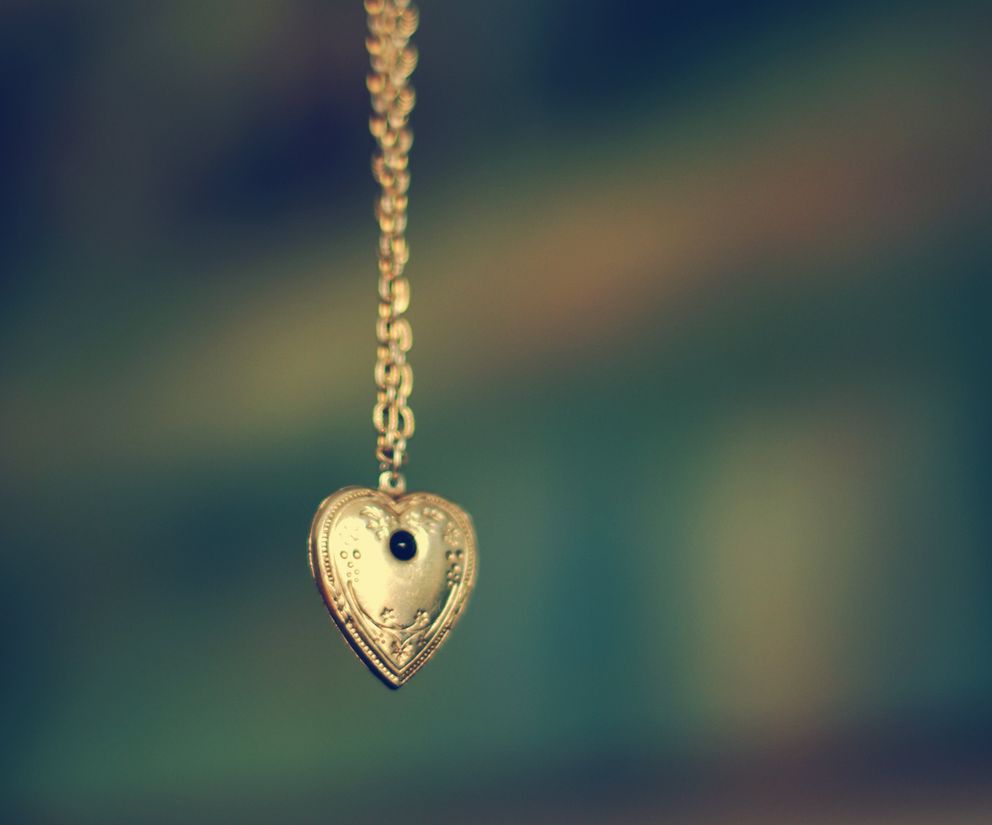 The beautiful pendant was unmistakable, as it was a family heirloom that Natalie’s mother had proudly passed on to baby Irene.
“Where did you get this pendant from?” Natalie tried to breathe normally again as she asked Kate.

“This…is my most precious belonging. It was given to me by my soul sister. Irene.”

“How did you know Irene, child?”

Kate stopped unpacking, and her cheerful expression turned somber. Irene and I were best friends at the group shelter for children. I was too shy and was teased by the other kids all the time. Only Irene would come up to me and talk. Only she understood my drawings. Only she sat next to me for lunch.”

Natalie was in tears as she listened and pictured Irene playing and smiling at the group home. 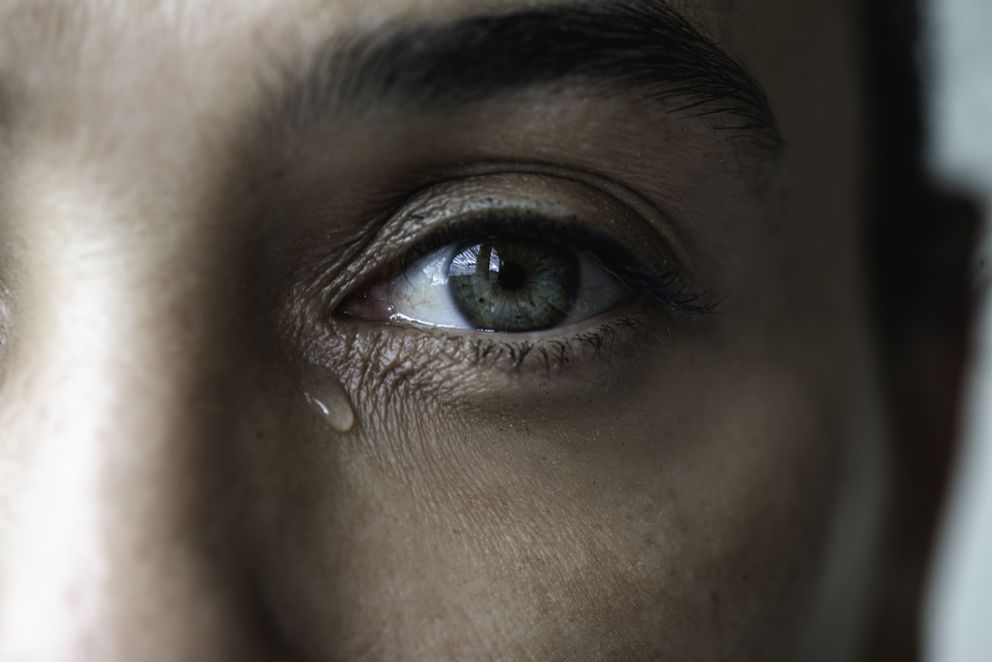 “We had been together only two years, but it felt like we had known each other since birth. And then, one day, she left.”

“Why did she leave?” Natalie asked, feeling a sudden loss of hope.

“Some family took her in. A man and woman wanted to foster a child for a few years, and they chose Irene. When she left, Irene took this necklace off her neck and put it on me.

“Irene said, ‘There’s a lot of love in this pendant, Kate. The love from my heart, but also from my mother’s and my grandmother’s hearts. This will keep you strong and always be there with you. With this pendant, you will never be alone.’”

Kate kissed the pendant and wiped her tears off it, remembering her friend.

Natalie rushed to the bathroom to let herself cry over the unexpected sign she had received from the universe. She took a moment to think and knew exactly who to call first.

Kevin drove to Natalie’s house as fast as he could, his heart thumping restlessly against the wall of his chest. 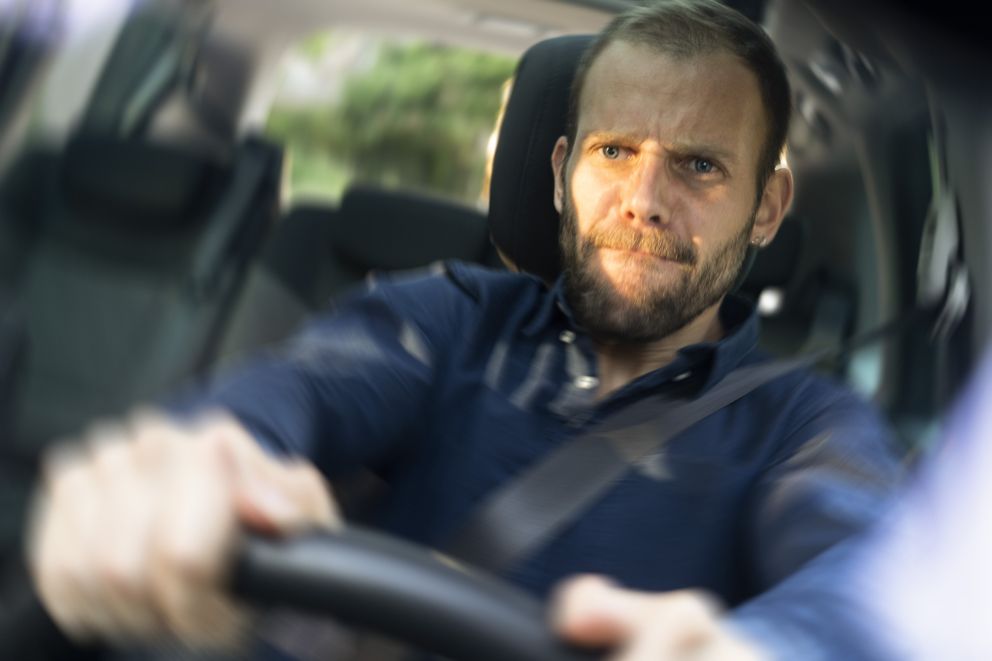 After what Natalie had told him about finding Irene’s pendant, he felt a feeling that had long been suppressed in his heart. He felt hopeful again.
‘I can feel it…my Irene is close by. This time, I’m going to find her. And maybe everything that had broken will heal itself….’ Kevin thought as he reached Natalie’s house.

For the rest of the evening, Natalie and Kevin paced the lobby at the group home, waiting to know the whereabouts of the daughter they hadn’t seen in four years.

Kate was with them, too, reconnecting with her old acquaintances and favorite teachers at the shelter.

It was an hour past sunset when the eager parents finally had an address. “She’s in Greensville, and that’s a four-hour drive from here,” Kevin said, setting the address on his GPS.

“It’s getting dark. Should we perhaps wait out the night and go tomorrow?” Natalie asked, even though she didn’t want to waste a single minute.

“Are you kidding me? It’s Irene! I want to meet my soul sister…tonight! Let’s go!” 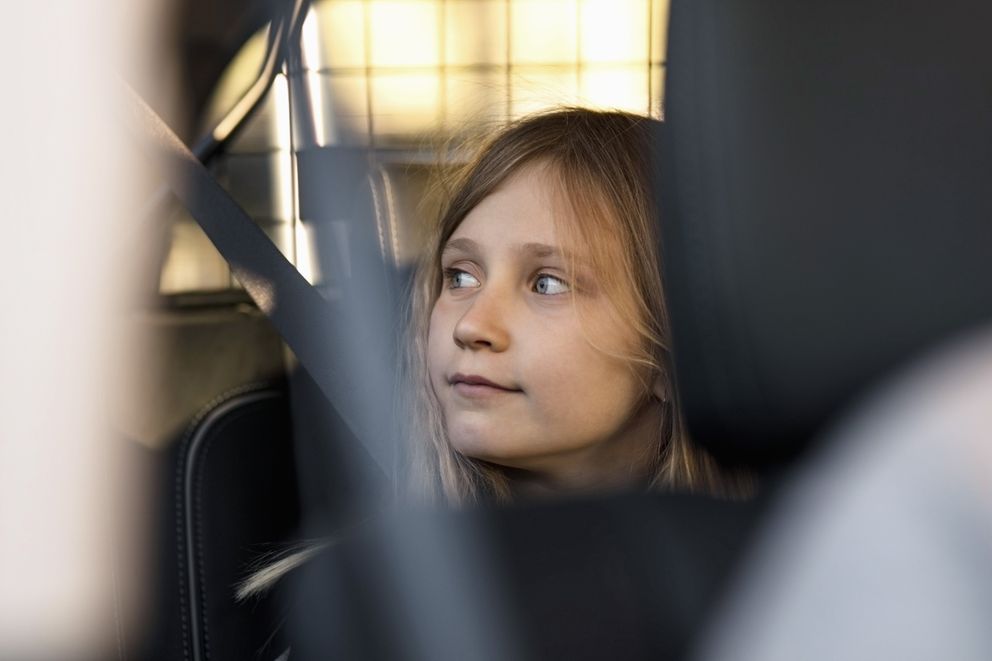 Kevin drove to the address in Greensville along with Natalie and Kate, who couldn’t hide their excitement.
When they arrived in front of the house, Natalie saw Irene in the garden, talking to the flowers like she used to.

“You, little pink rose, tell me, when will I meet my mom and dad again?” Little did she know that all she had to do was turn around.

After fate gave Irene back to her parents, old wounds started to heal. Just like Kevin had hoped, Irene was back, Natalie began to laugh again, and he could see the same love in Natalie’s eyes when she looked at him.

Since that day, the joy in Natalie’s and Kevin’s hearts had multiplied. Not just because they had found their Irene, but also because they found their perfect second child and a loving sibling for Irene, Kate. 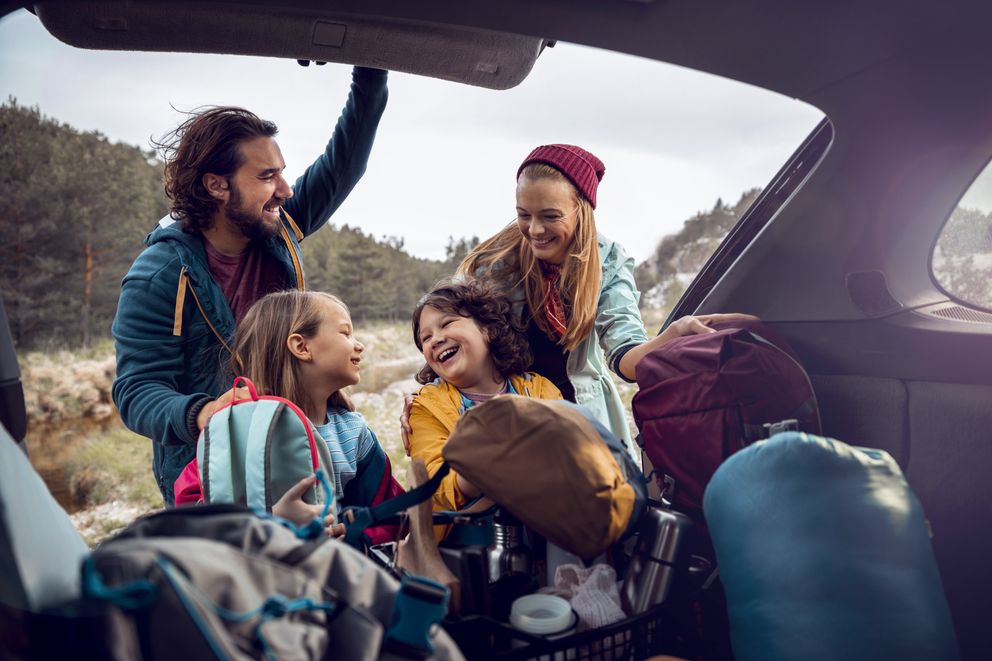 Never give up hope. You never know when a streak of luck may shine your way. Although Irene went missing for four years, Natalie did not lose hope of finding her daughter. As luck would have it, she was unexpectedly reunited with her.

Sharing love can reap the most unexpected rewards. Natalie adopted Kate to share the love she couldn’t give her daughter for the last four years. Her act was rewarded by the universe as Kate became the missing link in finding Irene.