When Arnold sees his poor mother at his wedding, he becomes furious because he told her not to come. She hands him a gift and gives him a toast, and Arnold bursts into tears and drops to his knees the next minute.

“Ah, look, someone is leaving the café smiling. Just look at her blush!” Diana’s boss said as a wave of laughter rumbled across the eatery’s kitchen.

“We’ll be there, Miss Diana. What time is the wedding?” a co-worker asked as others flocked around Diana, who couldn’t stop blushing.

“It’s at 11 a.m. this Sunday. I’ll be looking forward to seeing all of you at the church.”

The 60-year-old was a cleaner at the café. She had taken half a day off to buy the best wedding suit for her only son, Arnold. Diana spent a long-time shopping for the blue suit. It was pretty expensive, but she wasn’t bothered. “My boy should look his best!” she thought.
Diana had spent all her savings on buying her son’s suit, and she couldn’t wait to see his reaction when she surprised him at home… 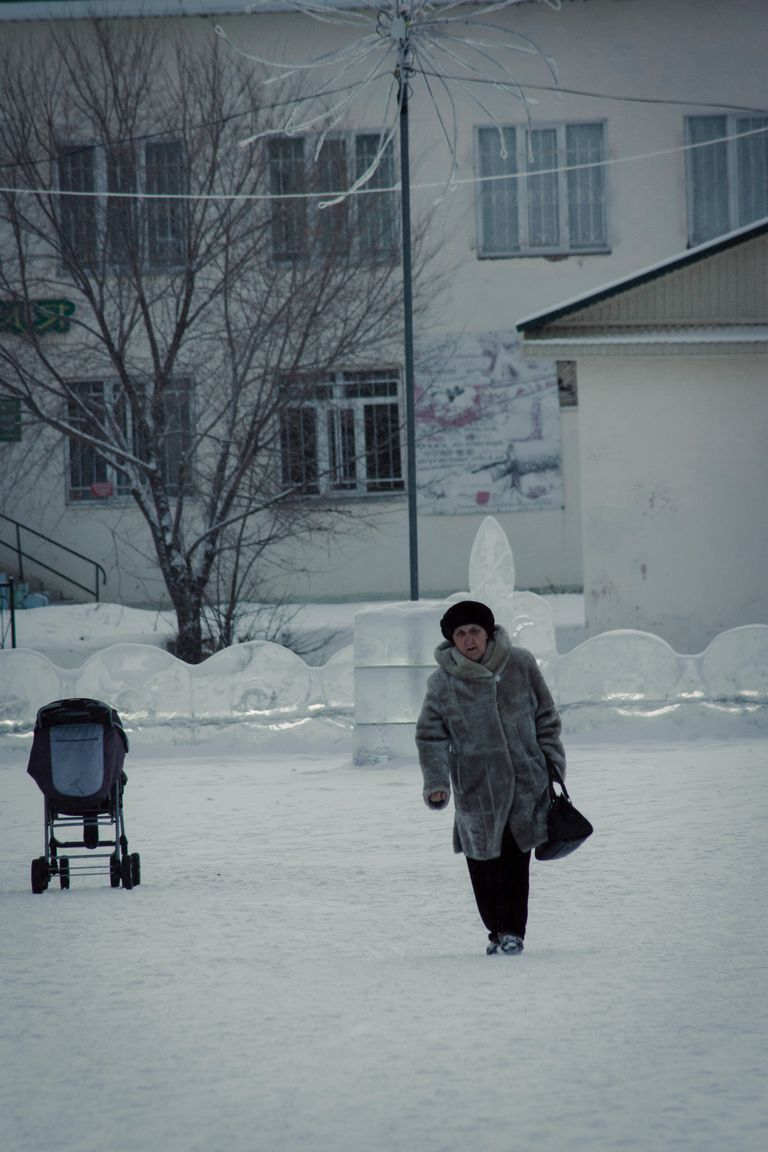 “I can’t wait to see him get married!” Diana thought. She had been impatiently waiting for this moment ever since Arnold told her about his plans to marry his girlfriend, Masha.

“Son, look what I got for you!” Diana burst into their home, suit in hand and a beaming smile on her face. “I’m sure you’ll love this! Can you please try it on? The seller assured me I could still exchange it if there’s something wrong with the fit.”

Arnold walked away to throw his mother’s gift he thought was ‘garbage,’ but he was interrupted by her voice on the mic.
She took out the suit from the garment bag and showed it to Arnold, who frowned. He was not pleased.

“I’m not wearing such an ordinary suit for my wedding. I’m marrying a rich man’s daughter and should look my best. I would look tacky in that cheap suit.”

Diana’s eyes started to fill with tears. She pretended she was okay, but her son’s words silenced her. She was disappointed, and her heart felt heavy.

But nothing crushed her more than when Arnold told her: “One more thing…I don’t want you to come to my wedding. Everyone from my fiancée’s wealthy family will be attending. I don’t want you to be there in your dirty clothes and spoil my image. Everyone will ask me what you do, and I don’t want to have to tell them you’re just a cleaner.” 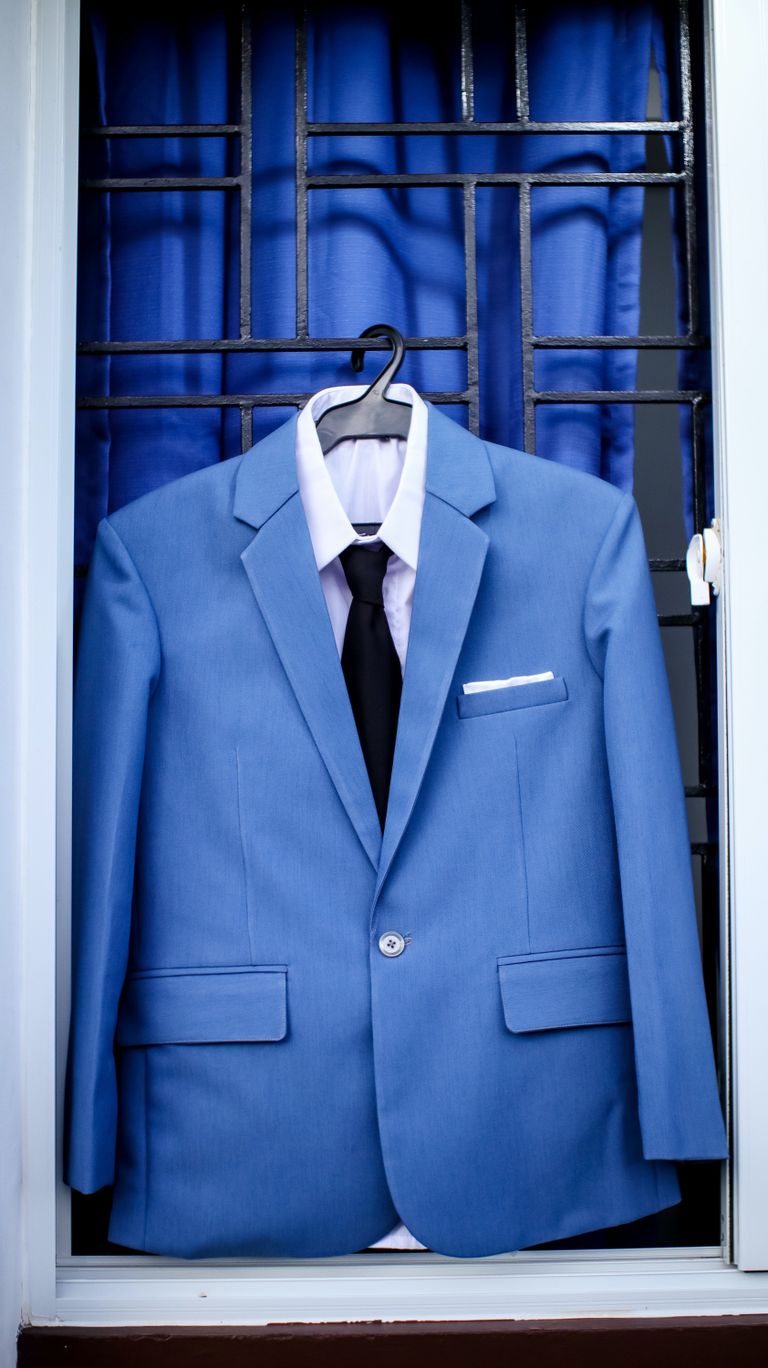 Diana could no longer hold back her tears. She hurried to her room and locked herself away. She cried the rest of the day because she was terribly hurt. Arnold was too busy to check on her and left to attend to the wedding preparations. The celebration was in two days.

It was Sunday—Arnold’s much-awaited big day. And despite her son’s prohibitions, Diana wouldn’t miss such a beautiful moment. She pulled herself together and checked her wardrobe, picking the prettiest dress she had, then she got ready.

“You are too young to understand this mother’s wish and pain. I cannot afford to miss your big day, son. I’m coming,” she said aloud as she stared at herself in the mirror.

Diana packed an old ceramic vase she intended to give as a gift to her son. When she arrived at the church, she saw her colleagues and boss were already there. She was happy and, for a moment, forgot Arnold had asked her not to attend his wedding. 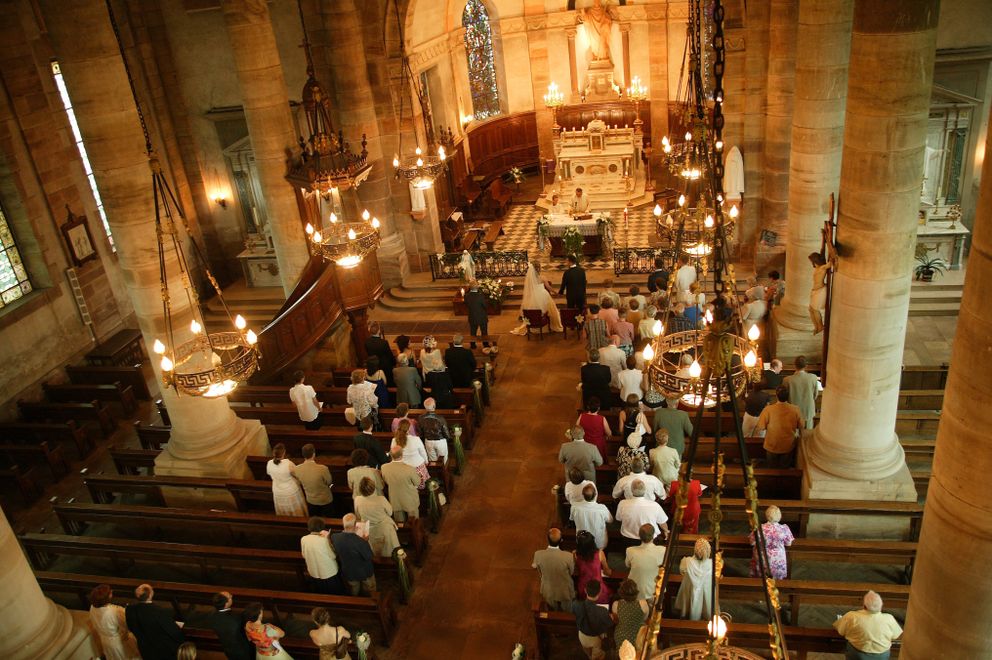 “Howdy, Miss Diana! I’m sure you are the happiest mother on earth!” her boss commented.

Diana smiled and walked in with the heavy gift box. She watched the bride and groom exchange wedding rings and then kiss. Even if she wanted to, Diana could not stop her tears from flowing. She was delighted. “I’ve done it!” she said.

Following the wedding, a lavish reception took place. Several wealthy guests flocked to the venue to greet the newlyweds. Arnold saw his mom approaching and was shocked. He raised his eyebrows in disgust. “Why has she come? I told her not to spoil my day!” he thought.

Arnold looked around and realized the moment was being photographed. He didn’t want to make a scene, so he shyly took the gift from his mother. He slightly tore open the box and saw the vase inside. “She gave me an old vase lying around in the house? How cheap?!” he groaned.

Arnold walked away to throw his mother’s gift he thought was ‘garbage,’ but he was interrupted by her voice on the mic. Arnold turned pale with shock. He had no idea that a twenty-five-year-old secret she’d been keeping from him would be unraveled that day. 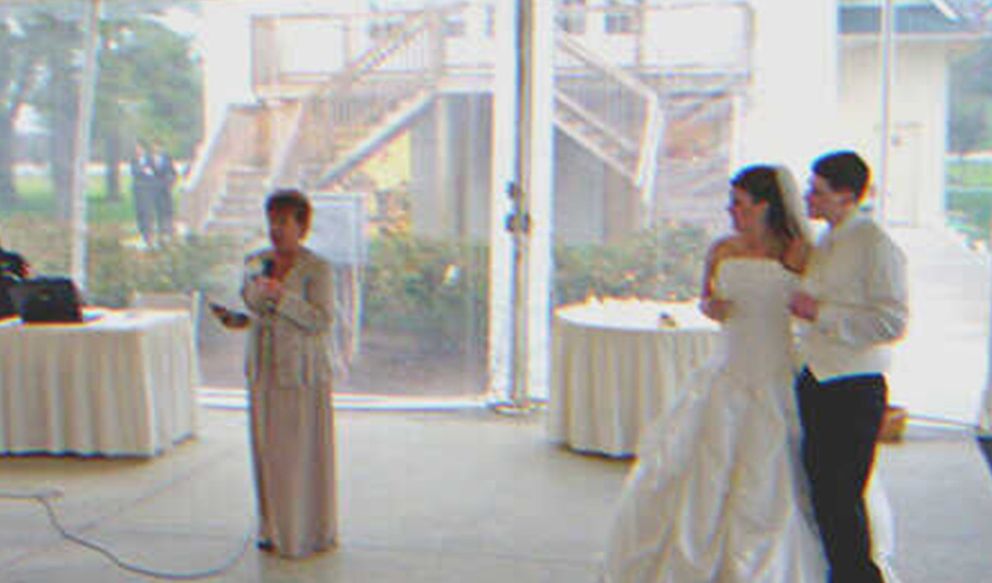 “Twenty-five years ago, just minutes before my best friend died….” began Diana, who quickly looked up at the ceiling as tears started to gather in her eyes.

“She gave me an old vase and told me to give it to her son the day he gets married. It was a gift from her late parents, and she wanted her son to have it.”

Arnold did not understand what his mother was saying.

“After she died, I adopted her little son and raised him as my own. I never married anyone because I wanted to devote my time and love only to my child. Son, it’s time to check out what your late mother left you in that vase. Cheers!” Diana lifted a glass for a toast as a shocked Arnold inspected the vase.

He was flabbergasted. Inside the old ceramic vase were wads of cash. Tears gushed from his eyes as he dropped to his knees.

Arnold realized the woman he was ashamed of was not his birth mother but the one who sacrificed her whole life to raise him. She was more than a mother to him. She was his savior and guardian angel who saved him after he was orphaned.

“I’ve kept my promise to my late friend. I’m happy for you, son. Take care, and God bless you!” Diana finished. She walked toward the entrance to leave, but Arnold couldn’t let her go like that. He raced after her and blocked her way. 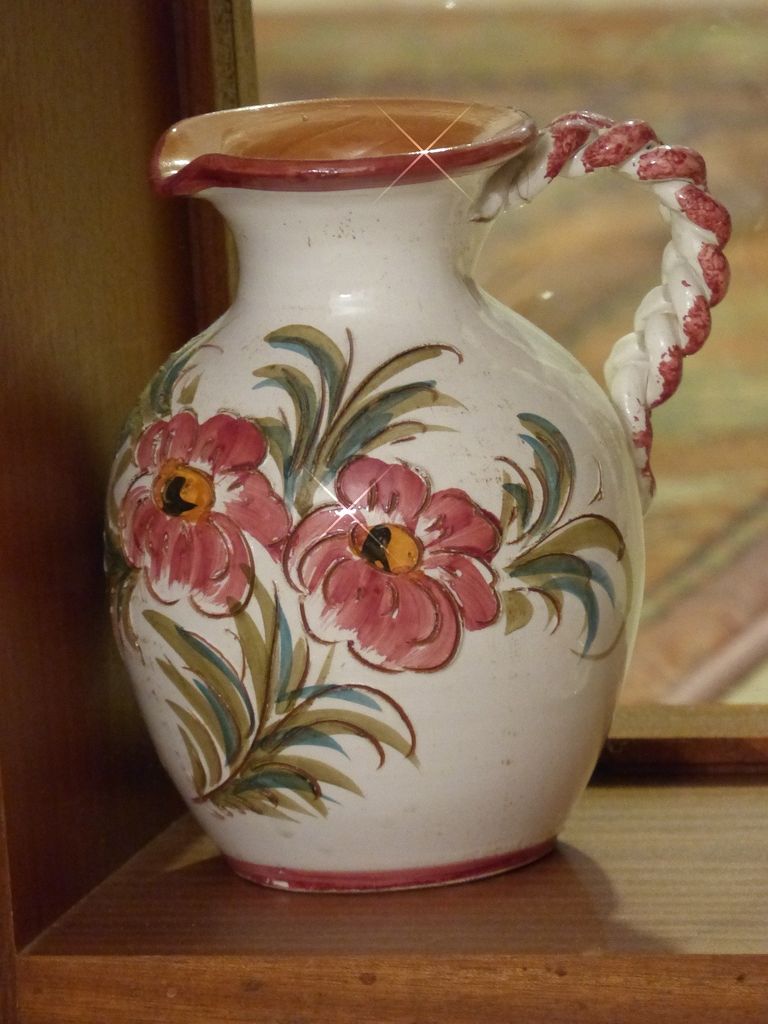 “Mom, I’m sorry. Your love for me is priceless. I’m sorry for hurting you. I was never a good son, but you were always a good mother to me. Why didn’t you tell me I was an orphan? Please don’t leave me. I don’t want to become an orphan again.”

Diana hugged Arnold, and they returned to the stage, where the groom danced with his mother.

“I love you, mom!” he whispered, and Diana smiled, tears of joy gushing from her eyes. 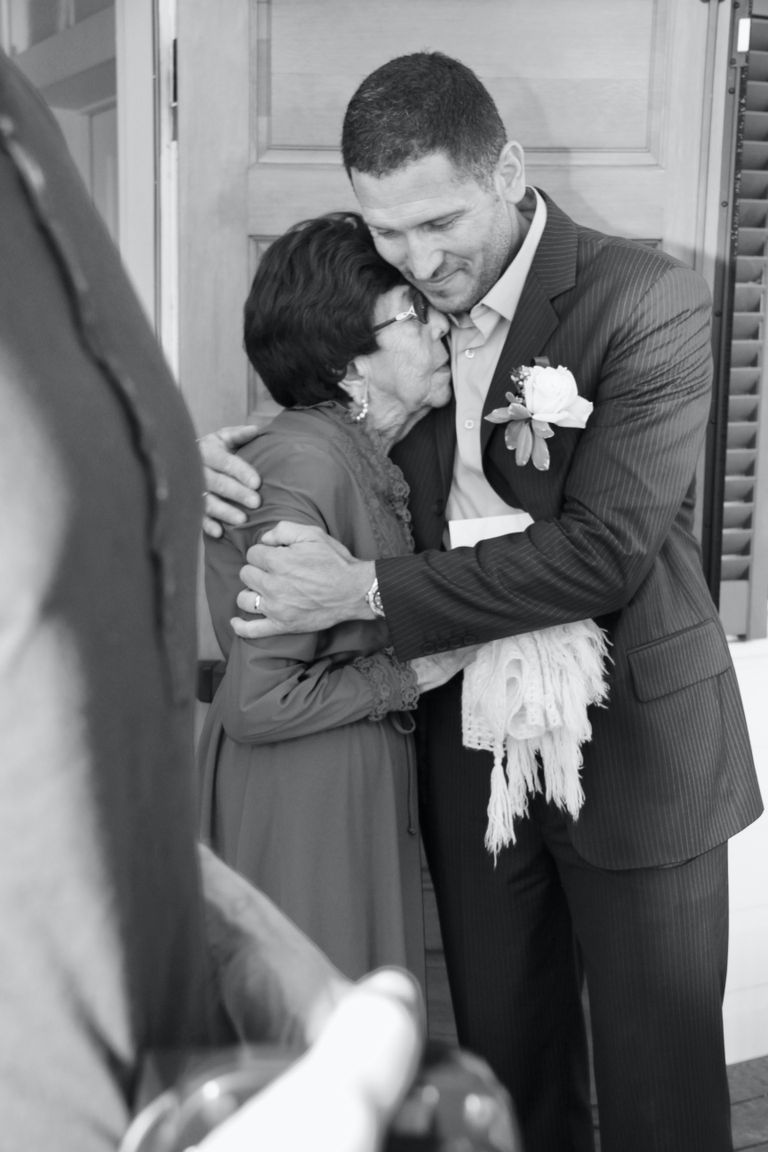 A mother will do anything for her child, even look past his faults to see him happy. Though her son forbade her from attending his wedding out of shame, Diana chose to ignore that because she wanted to witness her son’s big day and his happiness.
No amount of money can measure up to the love a mother has for her child. When Arnold learned Diana had raised him and given him a better life after his birth mother’s death, he regretted uninviting her to his wedding. No amount of wealth could measure up to Diana’s love for him.
Share this story with your friends. It might brighten their day and inspire them.

A loving grandmother spends all the money she saved on her grandson’s wedding. On the big day, he bars her from the ceremony. Click here to read the full story.