Hunkered down on her heels, eyes red-rimmed as she studied the floral tributes and loving messages, the Countess of Wessex appeared lost in thought.

Her deep sorrow was evident in this and every other image of her seen in the days since the Queen died.

And it should come as no surprise. Sophie and her mother-in-law were so close that she had become like a ‘second daughter’.

Indeed, after losing her own mum, Mary Rhys-Jones, to stomach cancer in 2005 at just 71, she had taken to affectionately calling the Queen ‘Mama’.

They spent a lot of time together. Sophie and her husband Prince Edward, the Queen’s youngest son, live with their two children just a stone’s throw away from Windsor Castle at Bagshot Park. Walking their dogs together was a favourite past-time. They also shared a love of military history, spending hours poring over ancient documents in the Royal Archives at Windsor. 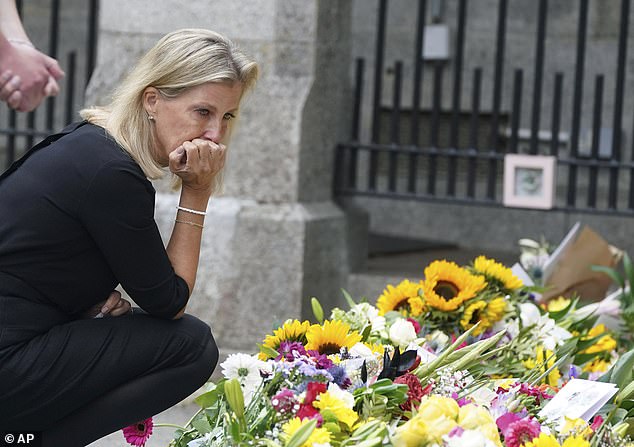 Hunkered down on her heels, eyes red-rimmed as she studied the floral tributes and loving messages, the Countess of Wessex appeared lost in thought

The seeds of their fond relationship were sown in 2002 after the Queen lost first her sister, Princess Margaret, then her adored mother, Queen Elizabeth the Queen Mother, within weeks. It was such a comfort to have another female family member in her life.

The shattering death of her beloved Philip last year brought the Queen and Sophie even closer, with the monarch often inviting her to take her late husband’s place with her in the back of the car.

This deep-rooted affection and respect explains why, as the Queen’s nearest and dearest gathered in Scotland last week to mourn her sudden passing, Sophie was the only non-blood relative – aside from Princess Anne’s husband, Sir Tim Laurence – who was front and centre of the intimate family group.

For Sophie, 57, has quietly and unobtrusively become one of the unsung treasures of the Royal Family. ‘Sophie wasn’t born into aristocracy. She’s always worked for a living.

There is even a swell of chatter that Sophie and Edward – who are set to be made the Duke and Duchess of Edinburgh in line with Philip’s wishes – could be ‘promoted’ to William and Kate’s second in command. How far they have both come after the shakiest of starts. In some respects, Sophie and Edward were the Harry and Meghan of their day. 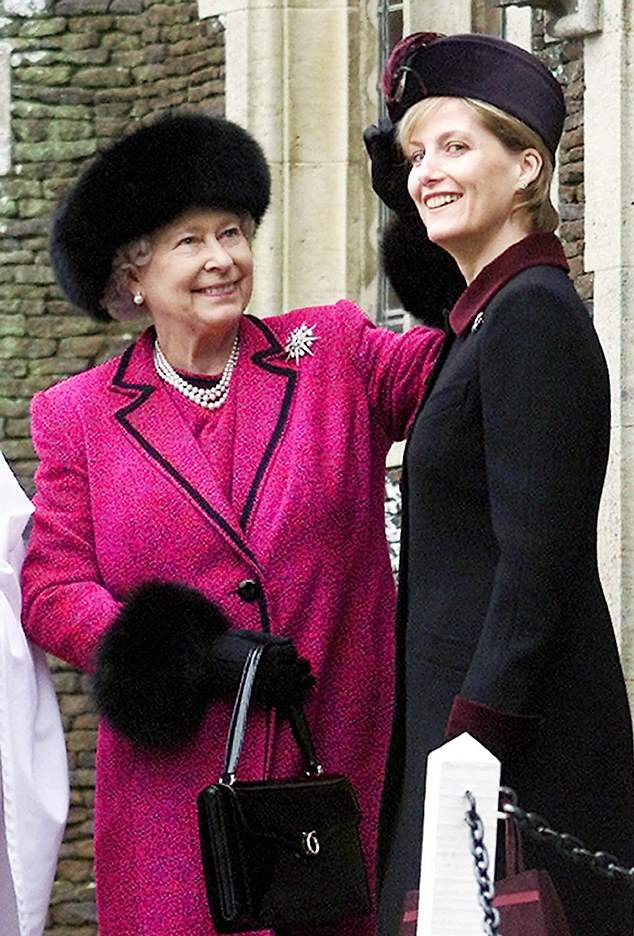 After losing her own mum, Mary Rhys-Jones, to stomach cancer in 2005 at just 71, she had taken to affectionately calling the Queen ‘Mama’

Like the Sussexes, they insisted on trying to break the mould and forge lucrative commercial careers – she in PR and he in TV production – in tandem with their royal duties.

Then Sophie was sensationally caught up in a humiliating ‘sting’ operation engineered by the News of the World after talking with a ‘Fake Sheik’ posing as a potential client. Her taped indiscretions about senior politicians were highly embarrassing.

For his part, Edward was lambasted for trying to cash in on his royal links in his commercial ventures. Unlike the Sussexes, Sophie and Edward wound down their businesses and dug in to royals duties, rebuilding their reputations within the Royal Family.

The Countess is now the second hardest working female royal after Anne, and has won plaudits for her choice of work on preventable blindness and the issue of sexual violence in war.

One senior Whitehall source told me that her championing of the cause has been ‘invaluable’.

‘She is not afraid to shy away from the questions that need to be asked of those in charge and hold their feet to the fire,’ they say.

Baroness Stedman-Scott OBE, Under Secretary of State for Work and Pensions, speaking to me in a personal capacity, has known Sophie for 18 years through a charity helping the long-term unemployed. ‘When she first came to visit us she didn’t want any fuss or fanfare and I just told them to make sure the place was tidy and the toilet was clean. She turned up on her own and sat chatting. She’s such a natural,’ she enthuses. 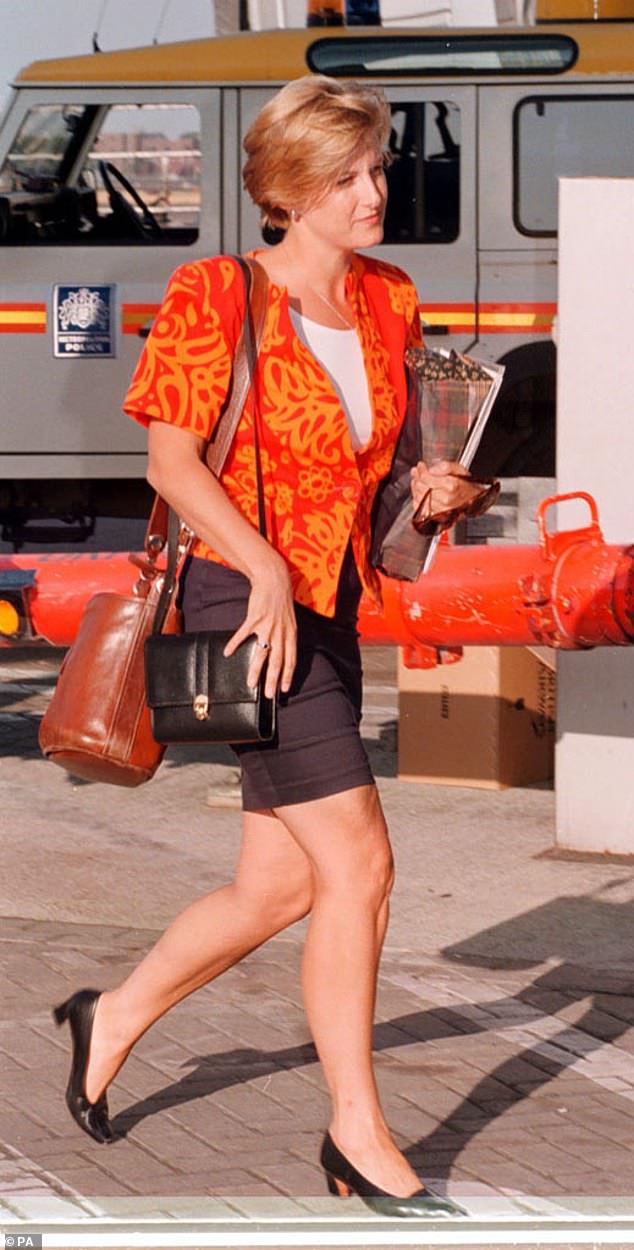 She’s also got a great sense of humour, too. We attended an awards ceremony together and as we walked in somebody wolf whistled [at her]. She just turned to me and said, “Was that for you?”’

Sophie’s image, too, has changed over the years. The short-skirts and ill-fitting suits from the High Street she favoured as a young PR executive were long ago dispensed with. In the past decade she has lost weight after going to the gym and taking up cycling, and has stepped up her game in the fashion stakes.

She has enlisted the help of stylist Pandora Delevingne (mother of model and actress Cara) and now favours collections by Suzannah London and Emilia Wickstead to flatter her physique and English rose complexion.

Indeed, Sophie, privately educated from a solid middle-class family in Kent (her father is a retired tyre salesman) has become the real royal deal and what the Queen considered to be one of the safest pairs of hands in ‘The Firm’.

‘She fell into her role so brilliantly and has been dedicated to doing everything right,’ long-term friend, Penny Mountbatten, ex-wife of the Queen’s cousin Lord Ivar Mountbatten, told me. ‘At the same time as conducting all her royal duties, she’s a hands-on mum [to Lady Louise, now 18, and James, Viscount Severn, 14] and the most loyal and supportive friend you could ever hope for. Finding the time and the balance to do all of that right is really quite genius. I think she’s just remarkable.’

Sophie, she stresses, has a core group of girlfriends from her pre-royal days. ‘She keeps them all very close. She is godmother to quite a few children and they all feel the same, that she is someone they can call any time for advice or guidance,’ she adds.

‘Being the Queen’s daughter- in-law, and one that has such a particularly close relationship with her, could have changed her but it didn’t. She’s never forgotten her roots.’

Another friend, jewellery designer Belinda Scott, whose daughter, Camilla Hadden, was a bridesmaid for Sophie and Edward when they married in 1999, agrees. ‘She is a fiercely loyal friend who’d drop everything to help,’ she has previously told me.

‘You can sit down with her and she will focus and sort it all out with you. And she’s pretty practical and logical.’

Sophie is devoted to and fiercely protective of her children, having endured serious medical complications during the birth of Louise and an ectopic pregnancy.

‘She went through a lot to have her family and she and Edward have never relied on nannies. They have always had a rule that, when working, one of them is at home with the children as far as possible,’ Penny Mountbatten says.

Former England cricket captain Sir Andrew Strauss has got to know Sophie on the school run having met through their sons. 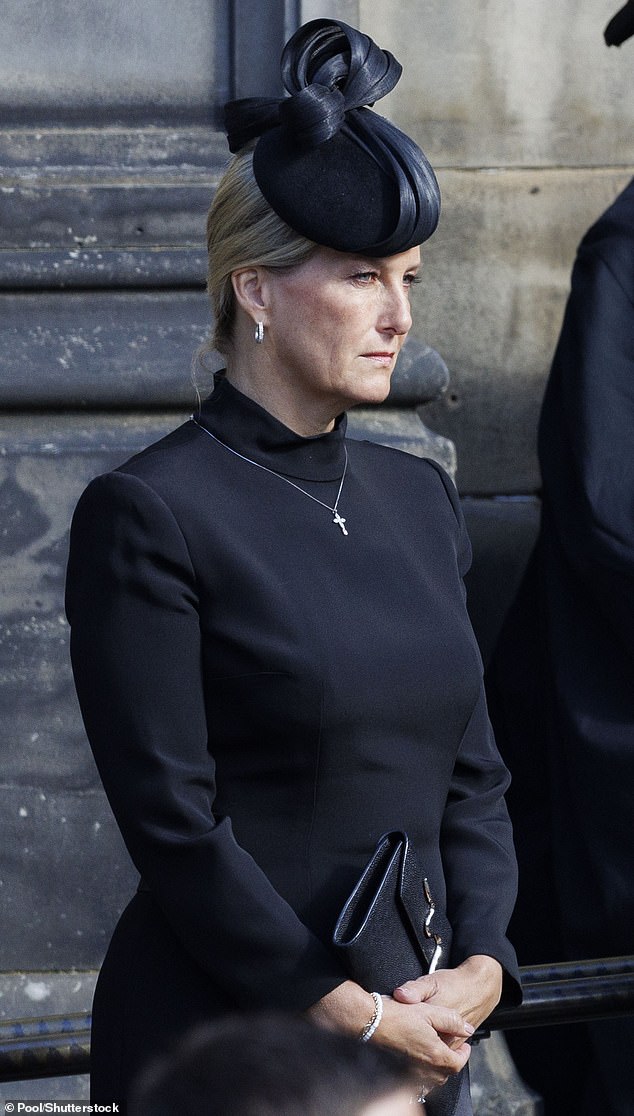 Sophie, privately educated from a solid middle-class family in Kent (her father is a retired tyre salesman) has become the real royal deal and what the Queen considered to be one of the safest pairs of hands in ‘The Firm’

‘Sophie is fully involved with all the parents’ WhatsApp groups’, he says. ‘It must be such a difficult thing when you are involved in school stuff as just another parent, but on the other hand, you are a member of the Royal Family. You get the impression they are determined to give their children as normal an upbringing as possible.’

Royal sources tell me that Sophie has become something of a confidante for the new Princess of Wales, who sees that Sophie admires the way in which she is balancing royal duties with motherhood. And Sophie has William’s seal of approval, too.

‘The next few years are going to be incredibly important for this country,’ Mark Foster-Brown, a close family friend and chairman of the Wessex Youth Trust, told me in an interview before the Queen’s death. ‘Sophie has never sought the limelight but as we go into the next phase of the monarchy it will be absolutely critical for the [then] Duchess of Cambridge to have a female sounding board.

‘And she simply couldn’t get better than someone like Sophie.’