When one young couple fell in love in the 1930s, they had no idea they would have to elope and secretly tie the knot because their families were not on good terms. Several decades later, the couple broke a world record.

Julio Mora and Waldramina Quinteros were born in 1910 and 1915, respectively, and some years later, they met after the woman’s sister introduced her to him. Mora was the cousin of Quinteros’ sister’s husband.

Soon, Quinteros developed feelings for Mora after he impressed her with poetry. The couple dated for seven years, and during this time, they discovered their families were not in favor of their marriage. 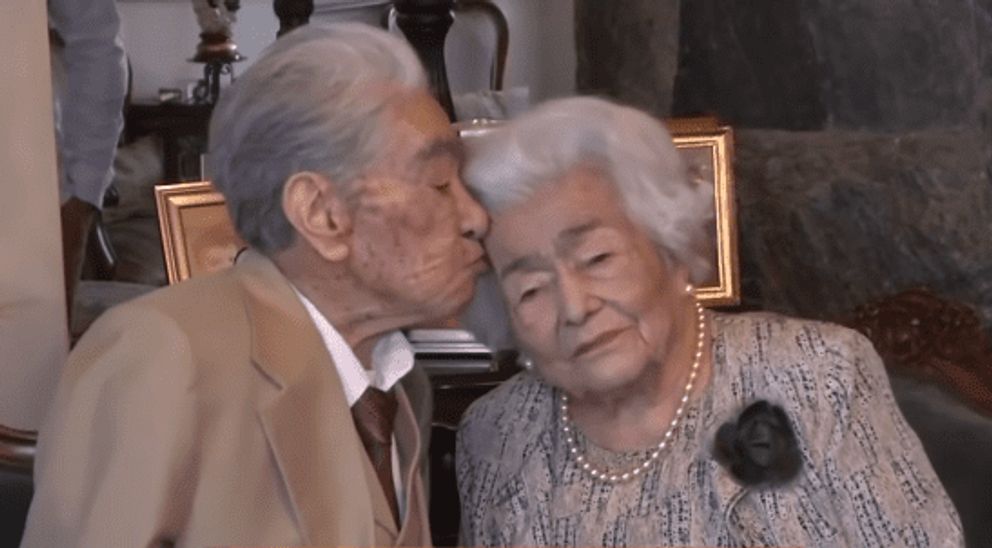 They Didn’t Want to Part Ways
Since the couple couldn’t imagine living apart or spending their lives with someone else, they decided to elope. At the time, the young lovers had no idea getting married would later land them in the Guinness World Records.

On February 7, 1941, Mora and Quinteros tied the knot in the Church of El Belen in Quito, Ecuador, which marked the beginning of a new chapter in their lives. Quinteros recalled:

“It wasn’t easy at first because our families didn’t have a good relationship.” 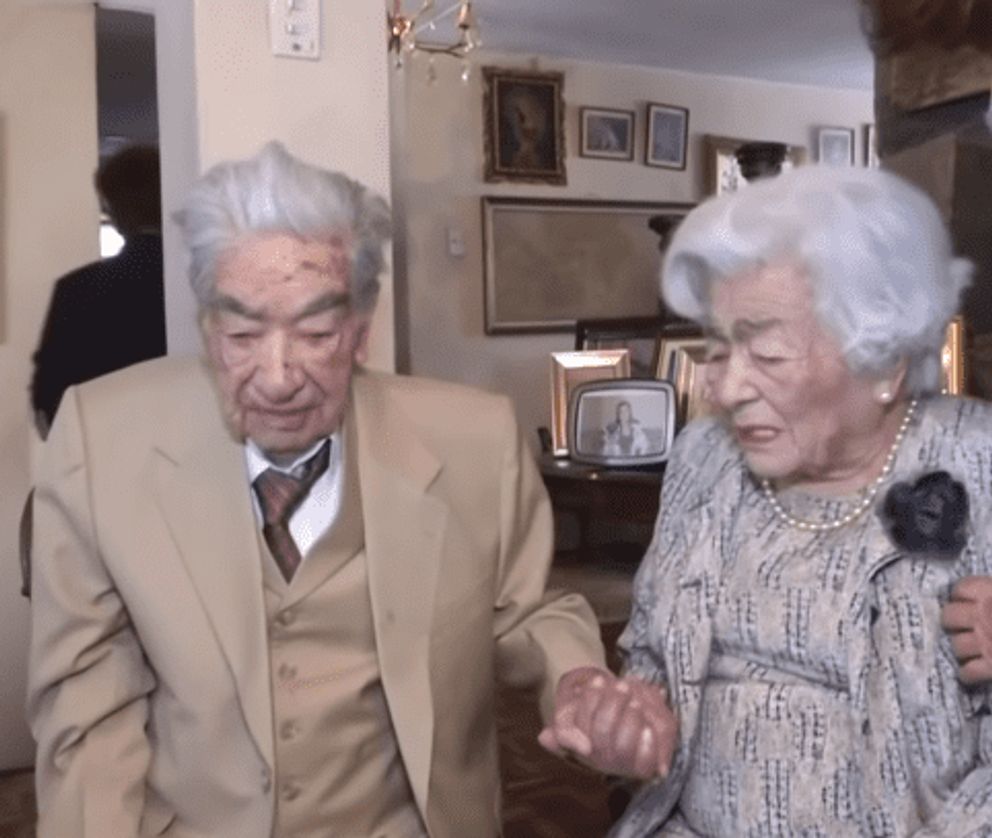 A Happy Family
According to Quinteros, things started to get better between the two families as time passed, and soon, the couple convinced their families to stop disliking each other.

Two months after receiving her certificate, an unexpected incident turned Quinteros’ life upside down.
As years passed, Mora and Quinteros welcomed babies and worked hard to raise them. Quinteros said she and her husband never fought, but they did have minor disagreements. 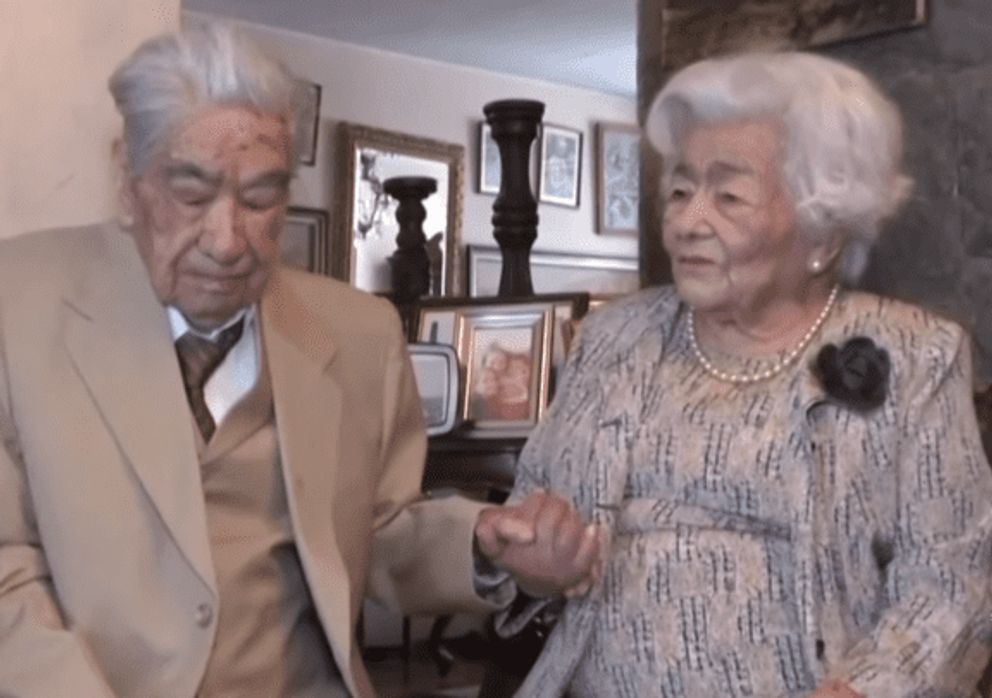 The couple thrived on family get-togethers that stopped happening after the pandemic began. According to their daughter, Cecilia, they missed meeting their younger generations during the lockdown, which upset them. She said: 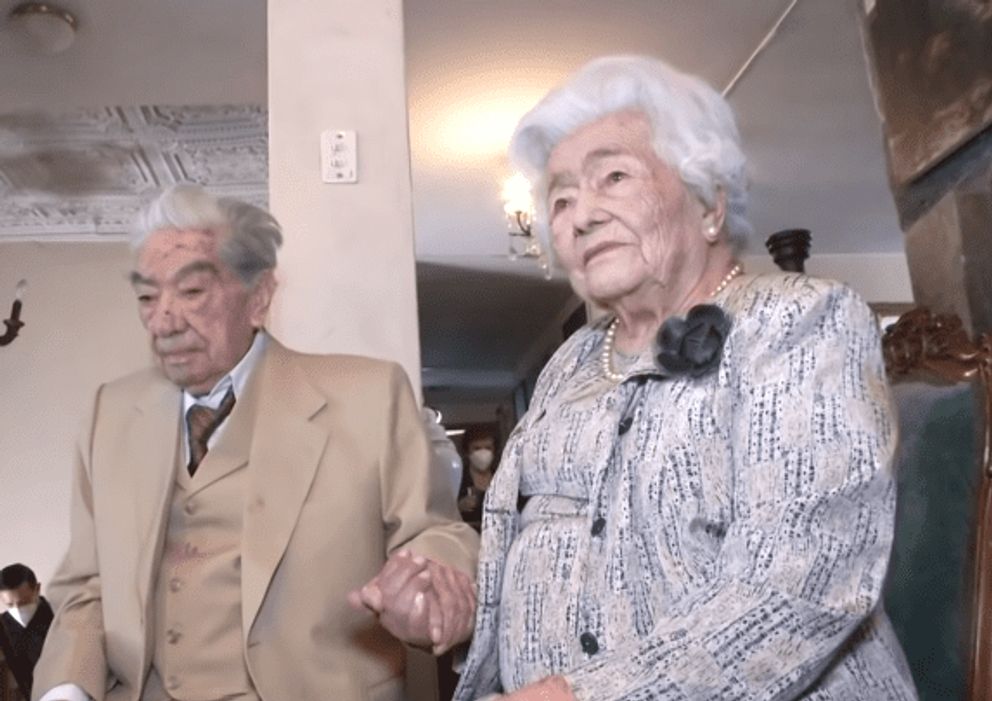 Breaking a World Record
While many people’s lives were turned upside down due to the pandemic, Mora and Quinteros set a world record. In August 2020, the Guinness World Records awarded the couple with certificates for being the oldest living married couple.

At the time, their combined age was almost 215 years, while that of the previous record holders was 212 years and 52 days. When they eloped decades ago, they had no idea fate would surprise them with this award. They said:

“For us, it is a source of great honor and pride to have a Guinness World Records title because it is the highest award that the world recognizes.”

Living a Healthy Life
Mora was 110, while his wife was 104 when they broke the world record, but they didn’t have any health problems. Unlike many couples their age, they were active and lived healthy lives.

According to Cecilia, her father liked watching TV, while her mother had a habit of reading the newspaper in the morning. After witnessing the world change before their eyes, the couple lived a peaceful post-retirement life.

They confessed that learning about COVID-19 worried them, but they made sure they followed the rules that came with it. “We are overwhelmed by the pandemic,” the couple said in 2020. 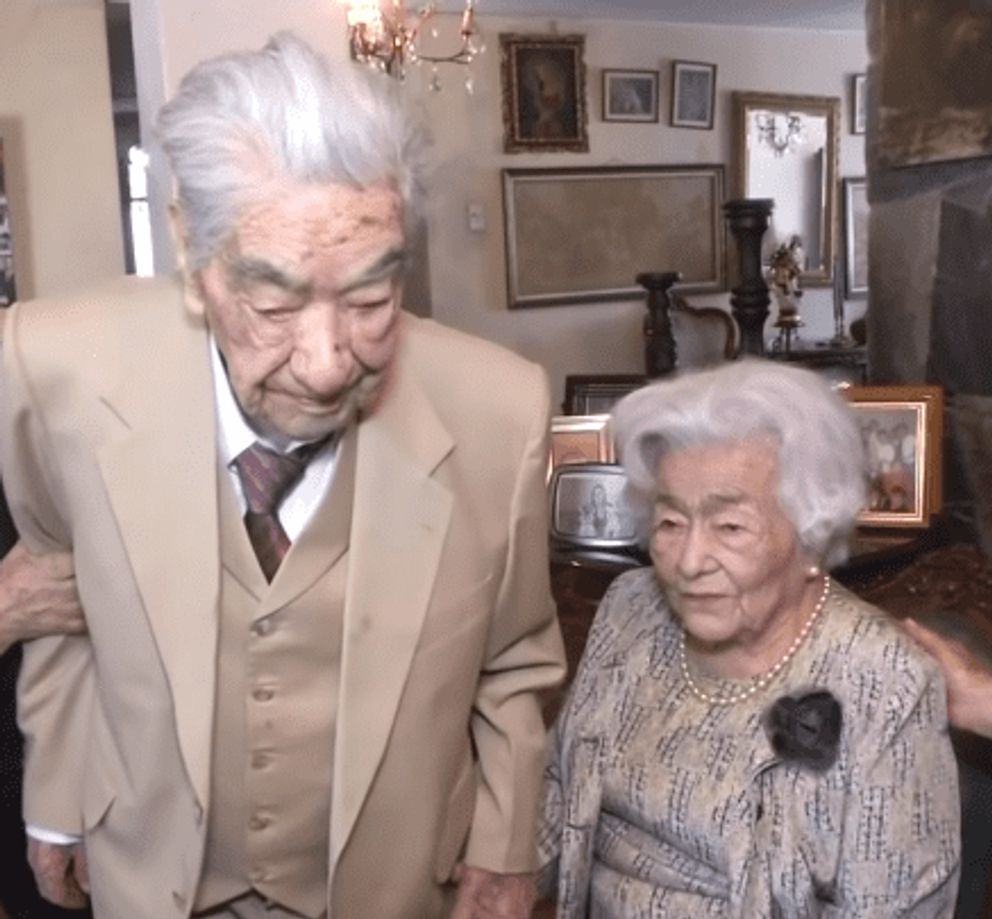 The Devastating Moment
Two months after receiving her certificate, an unexpected incident turned Quinteros’ life upside down. On October 22, 2020, Cecilia discovered something she never wanted to know.

That Thursday night, she entered her parents’ bedroom and found her father unresponsive. Mora breathed his last while sleeping beside his loving wife. That night marked the end of a beautiful journey the couple began together.

Mora’s death devastated his wife and family, but he also gave them decades of lovely memories. We pray his soul rests in peace and that his younger generations never forget how great of a person he was.

We are sure Mora’s children, great-grandchildren, and great-great-grandchildren know that he believed in love more than anything else because he married the woman he loved the most and happily spent the rest of his life with her.

Click here to read another story about a WWII veteran couple from Virginia who passed away hours apart after 70 years of marriage. They had seen the ups and downs of life together but had no idea they would breathe their last around the same time.