Stranger Fundraises for $100,000 So Walmart Employee Could Retire & Finally See Kids in Florida

A random act of kindness can change someone’s life. One TikToker set out to help a sweet 82-year-old Walmart employee, and the donations toward his retirement kept climbing.

Rory McCarty enjoyed making videos and creating content for his TikTok page. The @bug_boys user made an unexpected connection while visiting a local store.

He couldn’t believe an older man had to work the cash register to pay his bills. The citizen deserved to retire and relax in his golden years, so McCarty got involved. 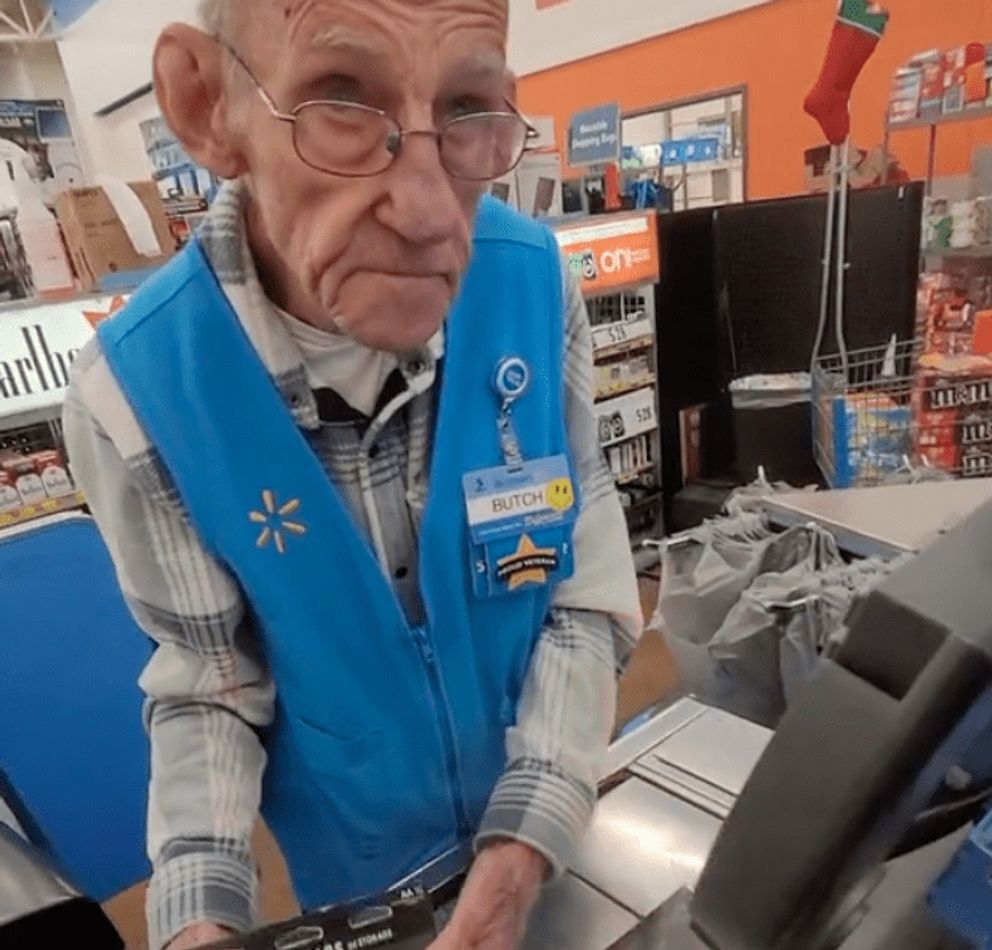 While shopping in Walmart, McCarty approached a cashier named Warren Marion, affectionately called Butch, and asked him a few questions.

The TikToker and business owner spoke to Butch about his life story and discovered he was a dedicated worker. The gentleman’s spirit and positivity inspired McCarty, who noted: 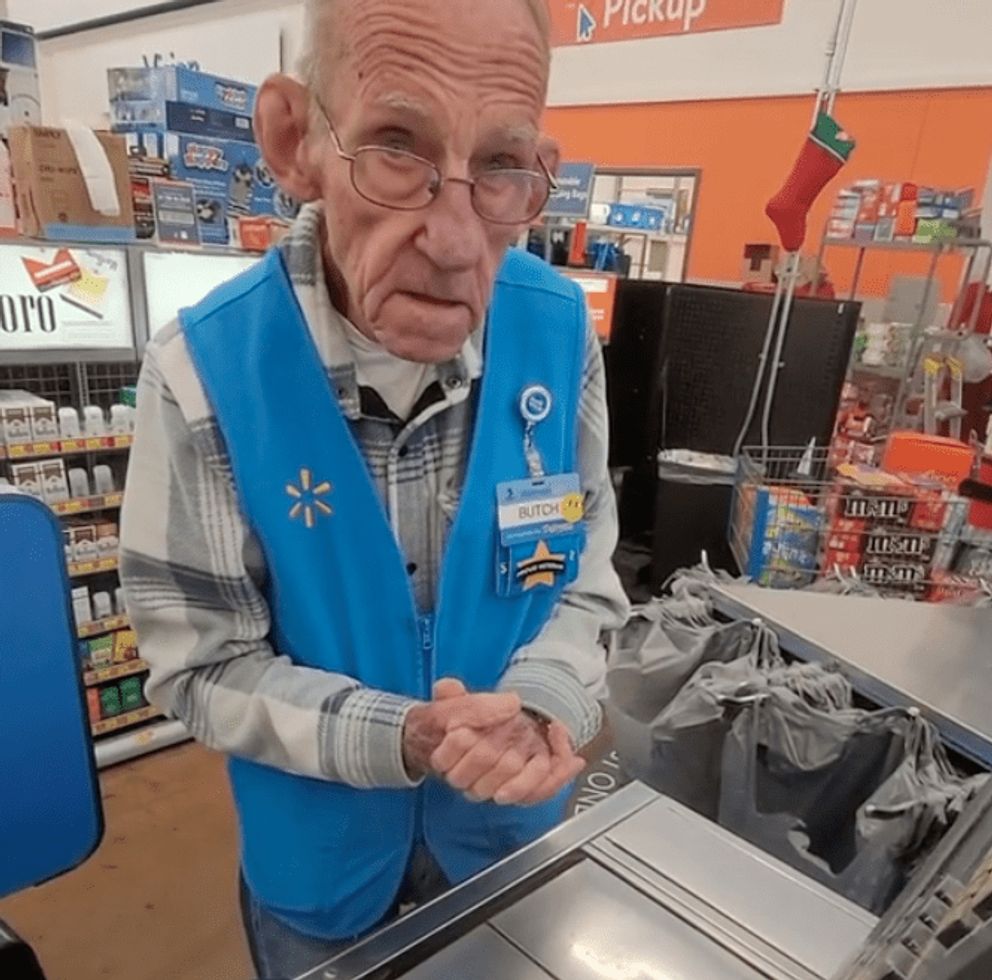 The Senior Citizen Had Dreams
Butch started working at 11 and spent a decade in the Navy. He had dreams and longed to visit his kids in Florida, fix up his house, and enjoy the years he had left.

The gentleman also hoped to live to 100 and wanted to see his dreams become a reality. Despite working long shifts, Butch never complained. He had no idea that a total stranger would walk into his life and change it forever.

In one of the TikTok videos posted by McCarty, he chatted with Butch in a parking lot, explaining the GoFundMe process. The older man had two questions. 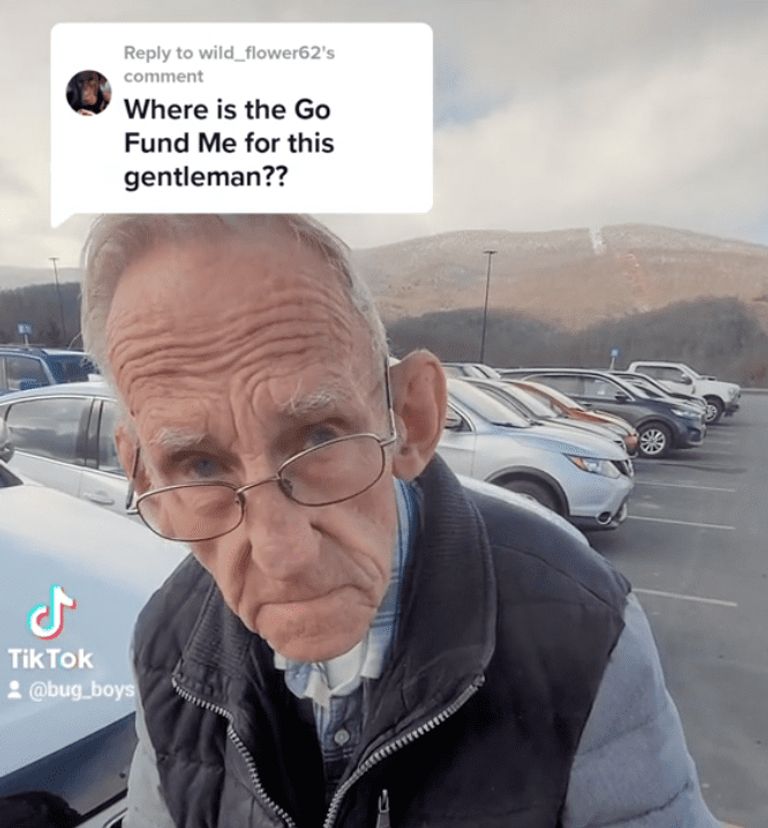 The older man was stunned to learn about the TikTok community and how much money was raised for senior citizens. He permitted McCarty to start a fundraiser in his honor, and netizens were eager to help. 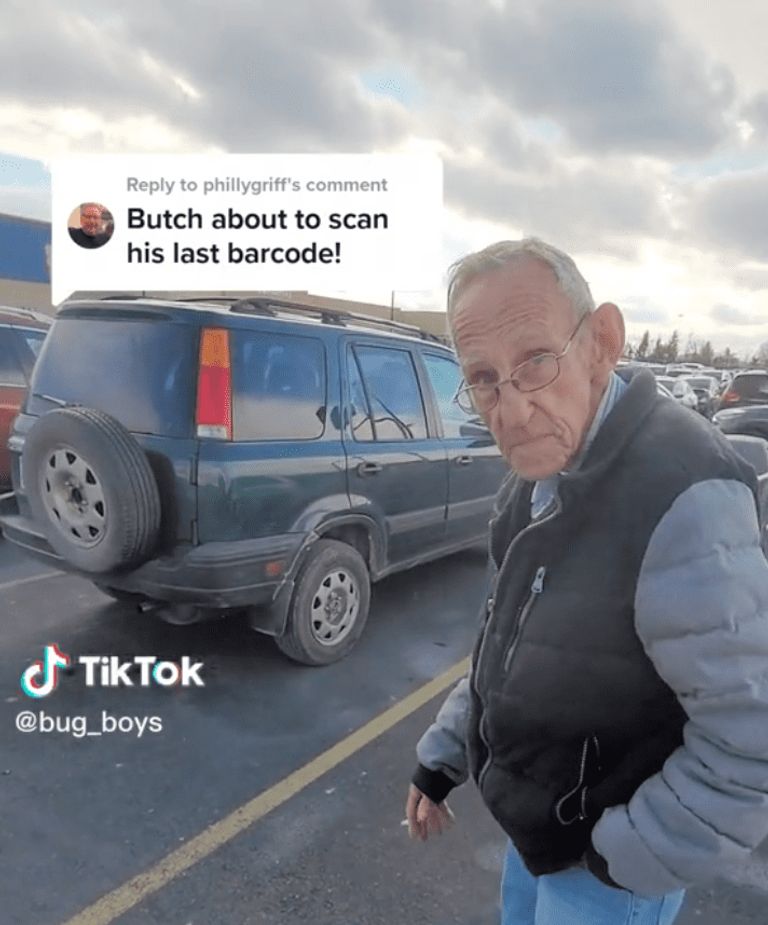 Stunned by the Generosity of Strangers

McCarty hoped to raise $100,000 for Butch, knowing the money would allow him to retire and spend time with his kids.

Donations streamed in for the sweet older man; by December 21, 2022, more than $95,000 had been raised. They were close to their goal, and McCarty was stunned by the willingness and generosity of strangers.

The Online Response
The online community rallied behind the cause and wanted to see Butch get off his feet. Users thanked the TikToker for taking the initiative, and many wished the senior citizen well for the future:

“It is our job as a society to take care of our elders. Do it.”

“Sad to see people not enjoying their retirement age. I’m sure he enjoys the interactions with people, though. It’s a tough world out there.”

“He needs a GoFundMe! He’s precious and deserves to retire.”

“Aww… I was hoping to see them gift him with that. Well deserved! Thank you for doing this kind gesture. No one should have to work at the age of 82!”

“Oh my gosh, I love him. And everyone saying Walmart should be ashamed—they are the ones to at least give these people a job. We should all do better.”

“Aw, it makes me sad. The elderly should not have to work. They’ve worked long enough. Now, if they want to work, sure, they can, but they shouldn’t HAVE TO.”

Thanks to one stranger’s attentiveness and caring nature, life will never be the same for Butch. We wish them the best for the future and hope the donations greatly assist the senior citizen.

Click here for another inspiring story that showcases the power of kindness. A stranger helped an 82-year-old Walmart cashier who only had $50 to her name.