Susan Boyle captured the hearts of music lovers around the world when she first appeared on the third season of “Britain’s Got Talent” over a decade ago.

The video of her first audition when she stood in front of Simon Cowell, shy and unassuming and then blew everyone away with her rendition of “I Dreamed a Dream” from Les Misérables has been watched by millions.

She gained fame, as well as earned millions of dollars through album sales. However, her journey hasn’t all been sunshine and roses, and the singer’s love life has long been the subject of rumors and speculation.

So, did Susan Boyle ever marry? Does she have a partner? And where is she living now? 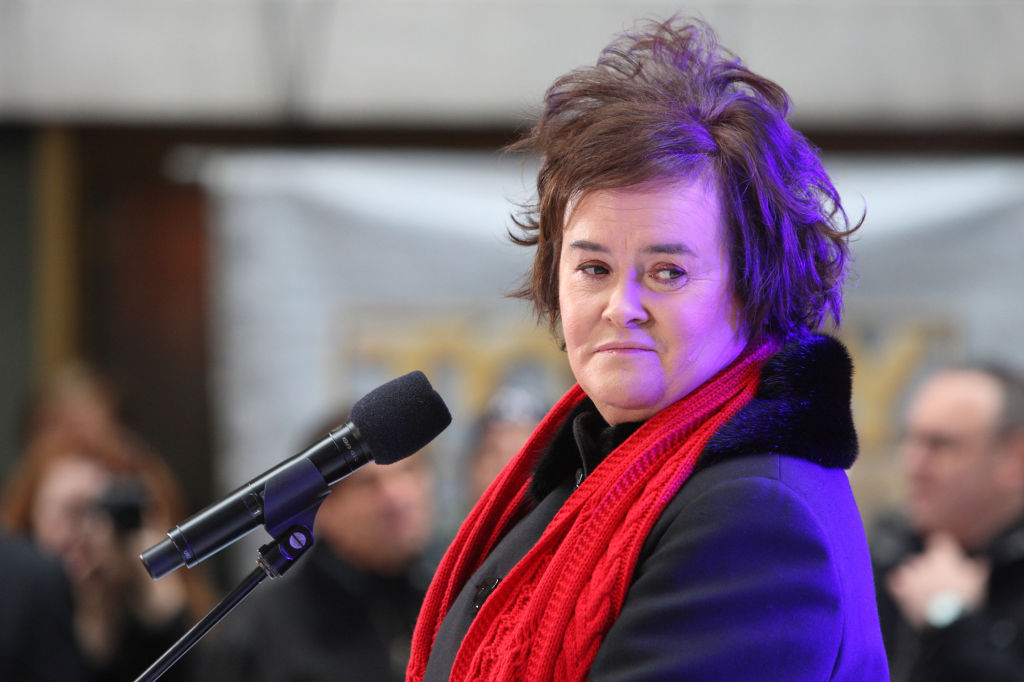 It’s quite natural to stop and look in the rearview mirror as you grow older – and Susan Boyle can certainly look back on a remarkable life.

In 2008, the unemployed charity worker lived alone with her cat, Pebbles, and wanted to see if she could make it in show business. After performing I Dreamed a Dream from Les Misérables in front of Simon Cowell and the rest of Britain’s Got Talent judges, the 47-year-old became a star overnight.

The crazy underdog audition gained her instant recognition across the world. Even today, her journey is inspiring to millions.

“I used to be a kind of spectator looking outward at the world. But now I’m part of that world and, though frightening, I’m going to embrace it,” Boyle said after her breakthrough.

In her first year as a superstar, she made $6.8 million.

Her success continued and after the release of her second studio album, she became the third artist to top the charts in the UK and the US twice in the same year.

Overnight this unassuming and shy then 47-year-old from Scotland became an international superstar and a millionaire.

Even though her career took her around the globe and made her a multi-millionaire, Susan Boyle has always remained honest, down-to-earth, and genuinely caring.

Unlike many other celebrities, she has never flashed her cash; the humble singer still lives in her childhood home in Blackburn, Scotland.

She purchased the modest house in 2010. 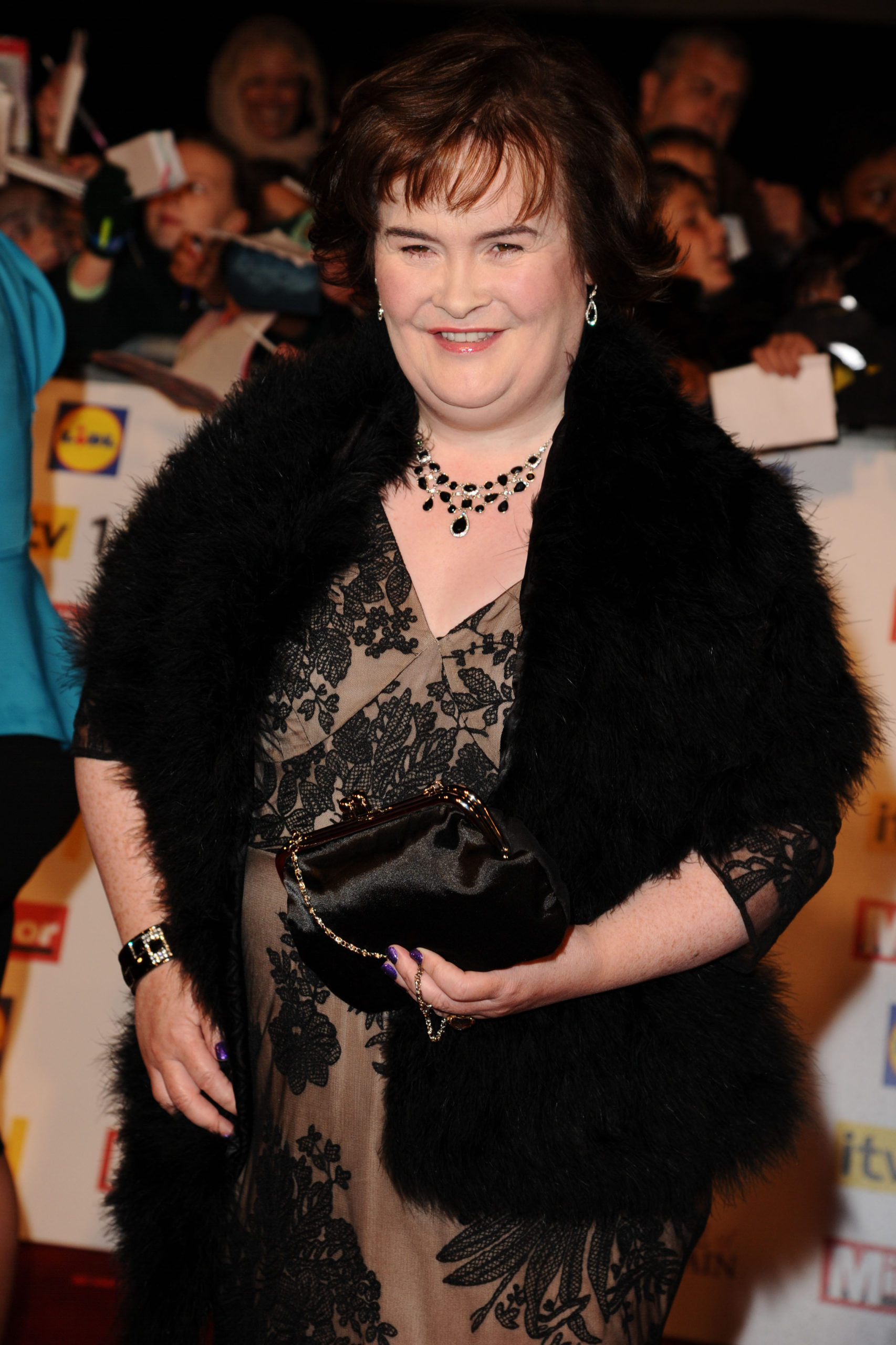 ”It’s best to be grounded and with your roots. It keeps you grounded and prevents you from saying things maybe you shouldn’t say,” she told OK!.

Susan Boyle was born on April 1, 1961. Her parents – Patrick Boyle, a miner, WWII veteran, and singer, and Bridget, a shorthand typist – were both immigrants from County Donegal, Ireland. Boyle grew up as the youngest of four brothers and six sisters.

The family lived in a council house in West Lothian, Scotland. Still to this day, Susan lives in that house.

She could have done anything, gone anywhere, bought a mansion in Beverly Hills, but instead, she returned to her childhood home, a four-bedroom ex-council house in Blackburn, Scotland, bought it, and turned it into the home of her dreams.

In a tour of her newly decorated abode, which she’s called home for 60 years now, she reveals her stunning new piano room which is the first thing you see when you enter her home.

She joked about her piano room as she said she’d only just started having lessons.

“That’s a giggle for a start because I can’t even do scales,” she joked.

The newly renovated kitchen used to be small and sparse with a table in the center near the oven which she said made it hazardous, but the renovation gives her a lot more space and many updates. It even has a framed photo of Susan meeting Pope Francis.

Her living room is bright and homey and full of pictures of her family. Susan is the youngest child of 7 brothers and sisters so originally her house occupied 9 people. It must feel a lot roomier now.

As you move through the home, you see her career documented in various framed awards and accolades along with many cute animal ornaments, a testament to her gentle nature and down-to-earth personality.

Upstairs Susan shows us what used to be the room she once shared with her two sisters which then became hers after her sisters left home. She recalls the record player that used to sit in the corner and how she was a huge fan of The Osmonds.

Her father died in the 1990s by which time her brothers and sisters had all left home. Susan stayed at home and cared for her elderly mother until her death in 2007 so the household’s precious memories for the superstar.

“Some people seem surprised that I choose to stay in my family home. Why shouldn’t I? I feel Mum is still here and there are so many good memories … I’ve spent most of my life in this house and I won’t move now, because I feel it’s part of my new history,” she said.

Susan has always been open about the fact that she wants to meet the love of her life and find a long-term partner. That person will of course move into her house – because Susan is not leaving.

While SuBo is patiently waiting to meet ”Mr Right”, there is something else that has been bothering her for a while. Susan has always wanted to be a mother and have children of her own.

”I’ve never had any of my own, that’s my biggest regret, but I love kids. They’re good fun to be with,” she told The Sun.

As a 60-year-old woman, time is not exactly on her side. But Susan has opened up on perhaps adopting or becoming a foster parent for children who need a safe and loving home.

“I’ve a lovely house, why not share it?” she said.

Susan’s home reminds us all that despite her overnight stardom she’s still an everyday person who chooses to live the quiet life in the only home she’s ever known.