Suzanne Somers has been married to Alan Hamel for 45 years, and their happiness is only growing.
They have a family of 18.
Before Alan, she survived a divorce and lost her home in a fire.

Suzanne Somers is an actress famous for her role in the 70s sitcom, “Three’s Company,” before she ventured into creating clean beauty products when she launched her brand, Suzanne Organics.

The actress, who was once married to Bruce Somers for three years, is currently happily married to her husband of 45 years, former game show host, Alan Hamel. 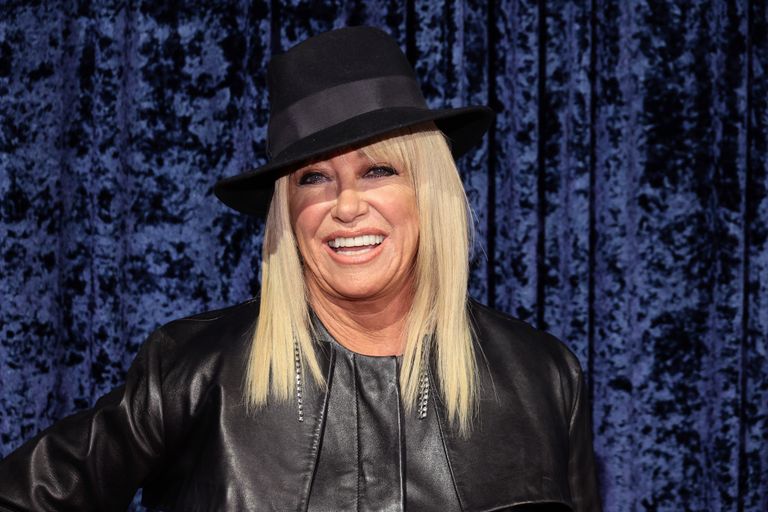 Decades into their marriage, Hamel and Somers were faced with a difficult situation when they returned from a day in town and found their Malibu home destroyed by the wildfires in California.

Despite how shocking this was, Somers still found positivity in the situation. She appreciated that no one in her family died and believed that surviving the incident would bring great lessons.

Suzanne Somers and Alan Hamel Struggled to Blend Their Families

Somers and Hamel met on the show, “The Anniversary Game” where the actress worked as a prize model. They described their encounter as love at first sight.

The couple married in 1977 after living together for ten years. They continue to have a loving relationship, but things were not always rosy. When it was time for them to blend their families at the beginning of their marriage, Somers confessed that the integration was “stepfamily hell.”

The health enthusiast has one son with her first husband and Hamel has two children from his previous union with Marilyn Hamel. Somers revealed that blending families and divorcing was a new phenomenon then, so there were few conversations on how to transition smoothly. 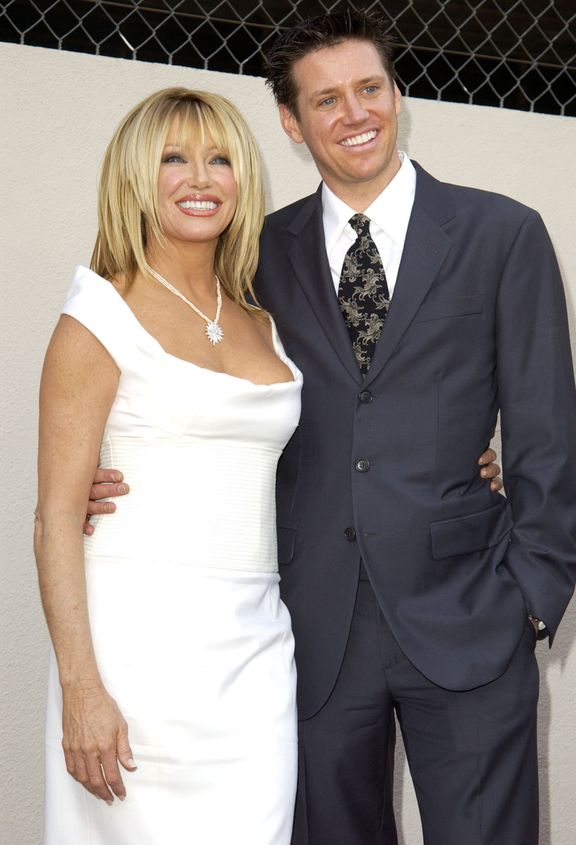 The actress confessed that her parenting style clashed with Hamel’s. She explained, “I had a set of rules—no feet on the furniture, don’t borrow our clothes without asking, knock before entering — and Alan didn’t.”

Somers also said that the kids carried a lot of anger and acted out, but their ex-spouses’ influence only worsened the situation in their homes.

The couple realized they had to work together to bring peace into their house, so things started to improve when Somers and Hamel became a united front. The couple knew that healing took time, but with patience and therapy, they could introspect and find what was “holding them back.”

Somers and Hamel were happy to have overcome this obstacle. Even though the actress said she “marveled” at how successfully they connected their family, she understood that no family was perfect and she did her best to make her marriage work.

Sommers and Hamel dated for ten years and have been married for 45, but their marriage still feels like it is in its honeymoon phase. According to the actress, the secret to keeping the spark alive is giving each other attention; something she said most couples tend to neglect.

But for the couple, it comes naturally. Somers admitted, “I love to hug him and rub his hair. He tells me I’m beautiful all the time, and we hold hands while we sleep. It’s the most beautiful part of my life.”

The actress added that they sometimes even hold hands all night. But another way the couple keeps their marriage thriving is with constant date nights.

Somers revealed that every day is date night. Some days, they meet at a nearby bar, have a strong drink, and dance. On the nights spent at home, she will make a nice dinner paired with cocktails, and they would dance around the house.

Somers spends a typical Sunday in her vegetable garden, but her favorite room in her house is the dining room, where her family of 18 gets to sit around the table, share conversations, and enjoy food.

The couple learned the kind of life they wanted in their older years. After spending most of their time going on back-to-back trips and attending multiple speaking engagements, they realized they preferred quiet nights together.

Somers also shocked people when she revealed that she and her husband have sex twice a day. In later interviews, the actress said she wanted to show people that it was possible to experience that kind of intimacy in the later stages of a relationship.

Somers and Hamel also said that their lasting youthfulness comes from their organic diet, supplements, and yoga to help them get rid of stress. The couple’s intimacy also comes from how they constantly affirm each other. Even though Somers’ body has changed over the years, her husband tells her how perfect it is every day, which matters to her.

Somers and Hamel are now grandparents of six ranging from 12 to 23 years old. What the actress loves most about being a grandmother is the innocent love she shares with them because “kids don’t know blood.”

After years of clashing, Somers is proud of how connected her blended family is, and seeing them all gathered together feels like her greatest achievement.

Now that Somers and Hamel have been together for almost half a century, she was asked if there was anything she wished she had known earlier in her marriage.

The “Three’s Company” alum said there was no recipe for a perfect marriage because she and Hamel would “fight like dogs” at the beginning of their relationship.

But once they tied the knot, they faced the challenges of building a business together and blending families, which brought more lessons. However, they always loved each other and never gave up, and 50 years later, they were happier than ever.