Nobody knows a little boy is hiding cash in his school locker until one day, his school teacher chances upon him opening the locker and notices several bills fall out of it.

Shakespeare, Dante, and almost anything and everything literature had shaped Ms. Freebody’s life and work. That’s what she taught her students, and she loved it.

Ms. Freebody adored her job as a teacher. She paid attention to every pupil of hers and special attention to kids who needed extra care, like Tammy Harper.

Tammy belonged to a poor family, and he hardly had any friends. The boy was hardworking but failed in all subjects except literature, and Ms. Freebody felt terrible for him. She talked to the other teachers to get them to pay more attention to him, but not everyone was like her.

To her utter shock and surprise, one day, Ms. Freebody saw Tammy doing something strange. He was picking up several dollar bills fallen off the floor and stuffing them back into his locker. The teacher’s heart sank. Where…where did he get all that money? was the first question that crossed her worried mind… 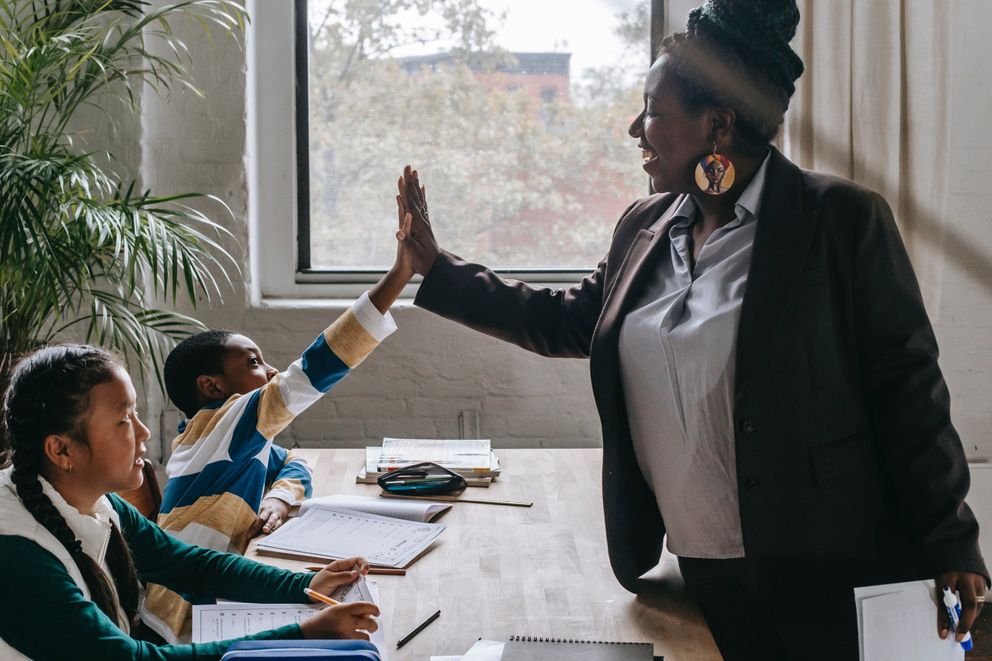 It had been a long day at school. Ms. Freebody had stayed behind to prepare the exam papers, and she was surprised to see Tammy near his locker when she left her room.

“Poor child!” she sighed, looking at him. “I wonder what he’s been doing here until now.”

Ms. Freebody decided to talk to Tammy when she saw he was struggling to open the locker. She thought it was stuck and decided to help him. Right then, the boy yanked it open with all his might, and Ms. Freebody froze in shock to see what fell out of it.

The harm done to a child can never be undone.

Dollar bills… dozens of them just lay there on the floor. Ms. Freebody noticed a certain panic in Tammy’s eyes as he began stuffing it all back into his locker. Her hand went to her mouth in shock.

What is this boy up to? How did he get so much money? Is this why he doesn’t focus on his lessons?

The whole school knew Tammy came from a humble background, so the money certainly wasn’t something he got from home. Besides, the boy was so poor that he couldn’t even afford new clothes and shoes. Tammy alternated between two sets of clothes, which sometimes smelled because he didn’t wash them.

“Oh dear, this child…” Ms. Freebody’s heart shuddered to think where Tammy could’ve gotten all that money. She couldn’t just turn a blind eye to it as she cared about him. He was a little boy, after all.

Forcing a smile on her face, she decided to approach him. He was busy picking up the bills, so she gave him a helping hand, and he seemed terrified. “Ms. Freebody… You… This is my money!” he said, and Ms. Freebody didn’t say anything. She picked up the last of the fallen bills, folded her arms across her chest, then spoke.

“And would you mind telling me where you got them, child? Look, Tammy, I’m not your parent, and I know it’s not right to snoop into other people’s business, but I think this needs an explanation.” 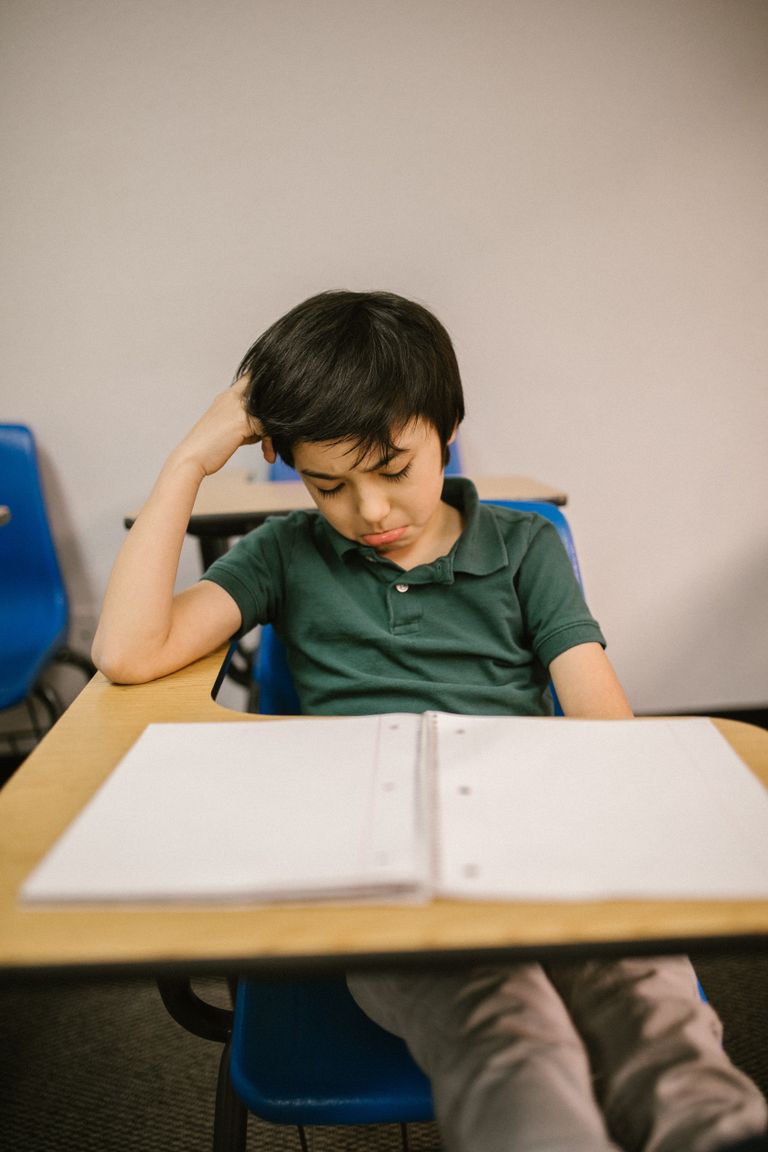 Ms. Freebody noticed the tears welling up in Tammy’s eyes. “Can… Can you please give me that money back, Ms. Freebody? I… I need it. Please?”

“There you go,” she said, extending the bills to him, and he quickly stuffed them in his locker. Then he said a small ‘thank you.’

But Ms. Freebody wanted to get to the bottom of the matter. “Where did you get that money, Tammy? Are you in any trouble? Did someone force you to, you know, get into the wrong kind of things… like stealing?”

Tammy was silent for a while, then he said, “My Dad…”

“Your dad? Did he give you all that money?” asked Ms. Freebody.

Tammy shook his head again. “He’s a bad man, Ms. Freebody. He doesn’t love my sister and me…” 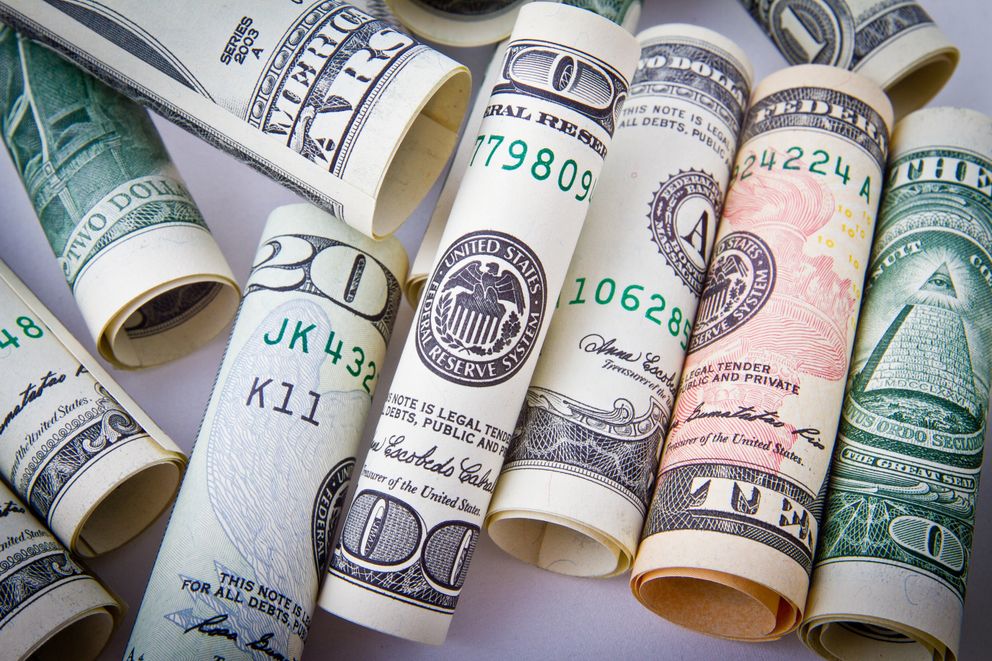 As Tammy went on to share his story, Ms. Freebody struggled to keep her tears at bay. It turned out Tammy’s mom had died years ago, and his father didn’t care about him or his sister. He had been on a bender as long as Tammy could remember and drank his paycheck away.

Tammy had a little sister, Miley, and she was a very bright child. She loved studying, but their father didn’t send her to school. So Tammy had been saving all the pocket money his bedridden granny gave him for his sister’s tuition.

“She can get into a school next year if I save money, Ms. Freebody…” Tammy revealed in tears. “I’m a big brother, and I want to look after her. I’ll tell Dad I… I don’t want to go to school so Miley can attend school. She is my little sister… And if I hide the money at home, Dad will take it away!”

“NO, TAMMY!” Ms. Freebody said. “You and your sister, you both deserve to get an education! Your father has no right to hold you back. I know you’re a big brother but not big enough to bear that burden, honey. Take me to your home, and I will talk to your father. Don’t you worry, OK?” 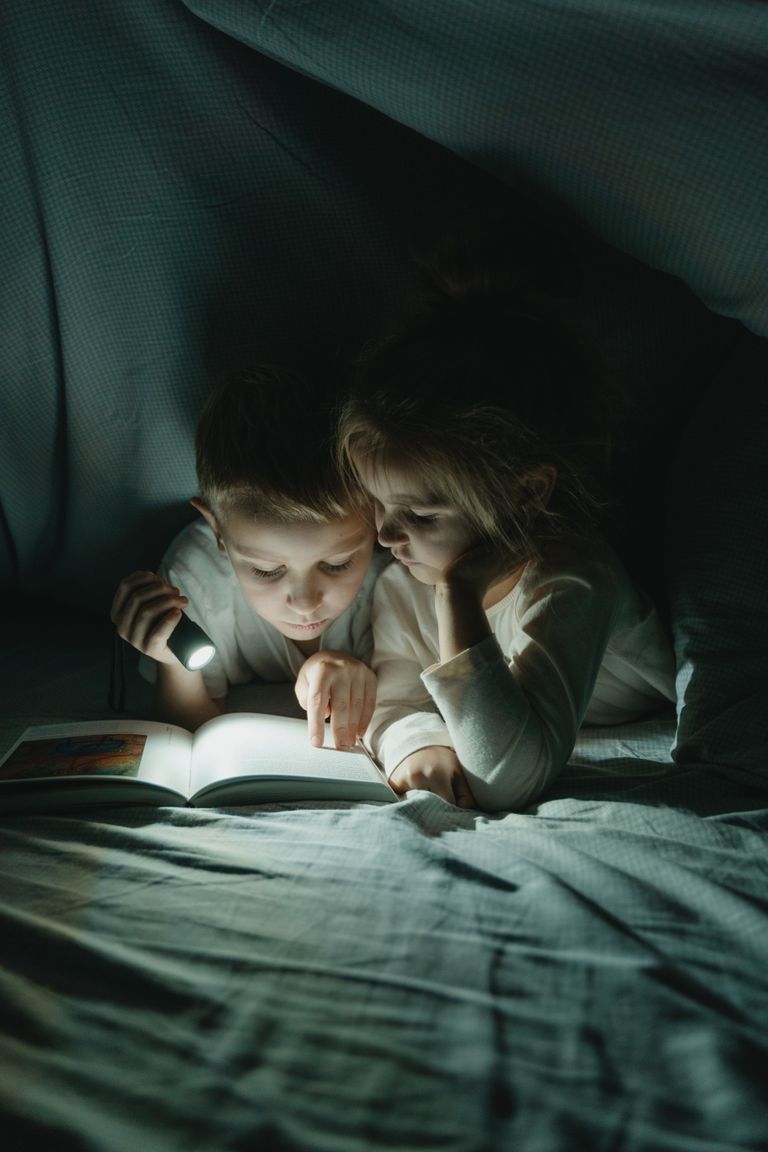 Tammy did as Ms. Freebody said, and she was surprised by the condition Tammy and his sister had been living in. Their house looked like it hadn’t seen a broom in ages, and it stank of things that shouldn’t be in a house with children.

Ms. Freebody asked Tammy and Miley to go to their rooms, and then she spoke to their father, Derek, who was enraged when she mentioned how irresponsible he was as a father.

“Who do you think you are to meddle in our lives? They are my children, and I will raise them as I see fit!”

“Well,” said Ms. Freebody calmly. “You may not be answerable to me, but you’d certainly have to answer the Child Services, Mr. Harper. You better pull yourself together, or I won’t have a choice but to involve them.”

“You got no right to walk into my house and interfere in my matters,” Mr. Harper snarled. “You must be a brave lady, but your threats won’t work here. How about you just leave?” 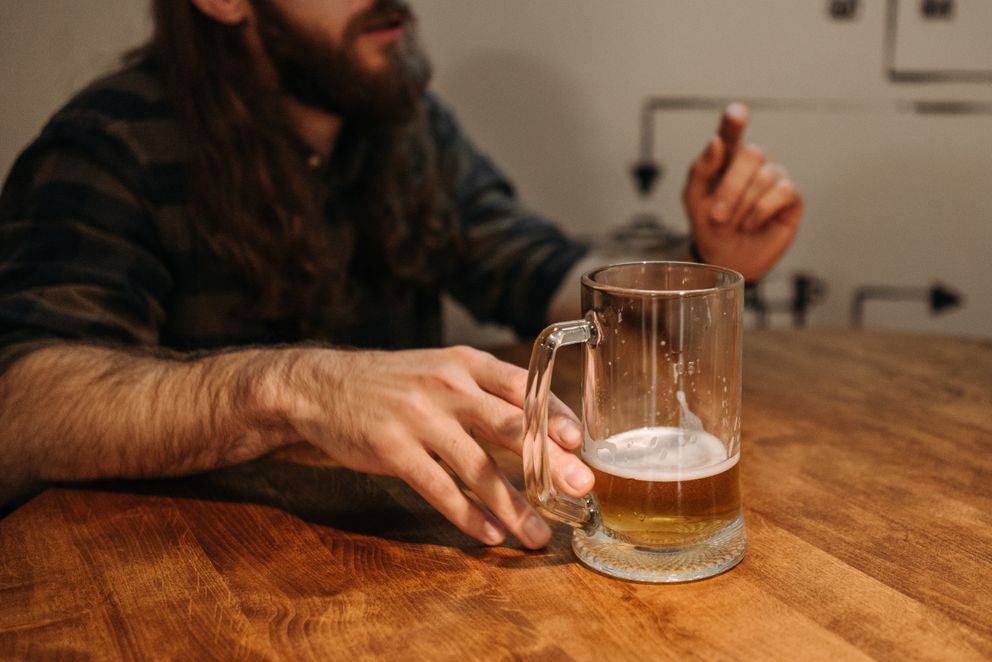 “Sir!” Ms. Freebody said firmly. “If you think that’s a threat, so be it. But I see it as a teacher’s concern for her students. Do you have any idea what your son goes through at school?”

“I suppose not. He doesn’t have friends, and he’s failing his tests. Why? Because he’s more worried about his sister than himself.”

“As a father, you failed him. But as his teacher, I can’t fail him!”

Ms. Freebody had had a terrible childhood. She lost her mother to addiction, was orphaned at a young age, and grew up in a foster system, which she despised. So she didn’t want Tammy and Miley to have that kind of future.

She tried her best to convince Mr. Harper to mend his ways and look after his kids, which he ultimately did. She offered to pay for his therapy and counseling and advised him to join communities where several like him heal.

Thanks to her efforts, in a year, Mr. Harper was unrecognizable. He was grateful to Ms. Freebody for her help, but that appreciation soon turned into something more profound and special. Tammy and Miley found a mother in Ms. Freebody, who became Mrs. Harper very soon. 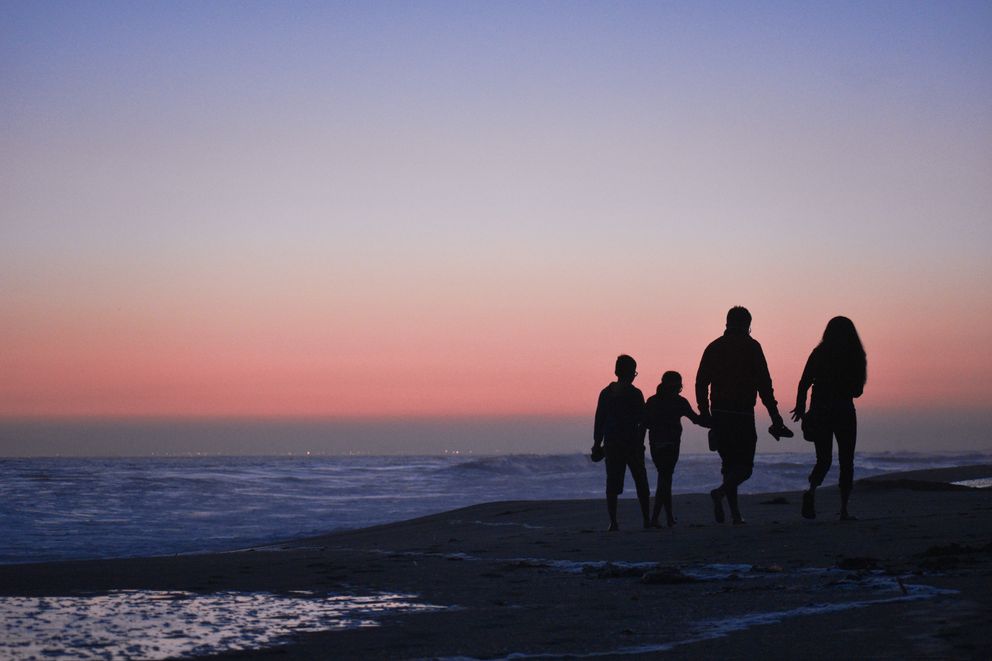 Sometimes all it takes is a chance to change one’s life. Mrs. Freebody gave Mr. Harper the opportunity to heal and care for his children, and that opportunity changed the course of several lives.

The harm done to a child can never be undone, so help a child in need if you can. Thanks to her efforts, Ms. Freebody saved two children and their father from a bleak future.

If you enjoyed this story, you might like this one about a teacher who freaked out after seeing her orphaned pupil sharing lunch with a homeless man, only to learn later that the shabby man was the child’s father.