Teen Lends Jacket to Old Lady Curling in the Cold, Next Day Girl Finds Ring & Note in Its Pocket — Story of the Day

14-year-old Zoe helps an old lady on a cold day. Her act of kindness unexpectedly opens up doors to self-healing.

When Zoe was a little girl, her parents would pretend to fight over her.

“Who’s your favorite, mama or papa?”

Zoe’s answer never changed. She would prepare herself, knowing that her answer would cause a tickle attack from her parents. “Grandma!” she screamed and burst into uncontrollable laughter.

Years later, the pillow fights between her mama and papa had slowly turned to bitter silence and bottled-up resentment. 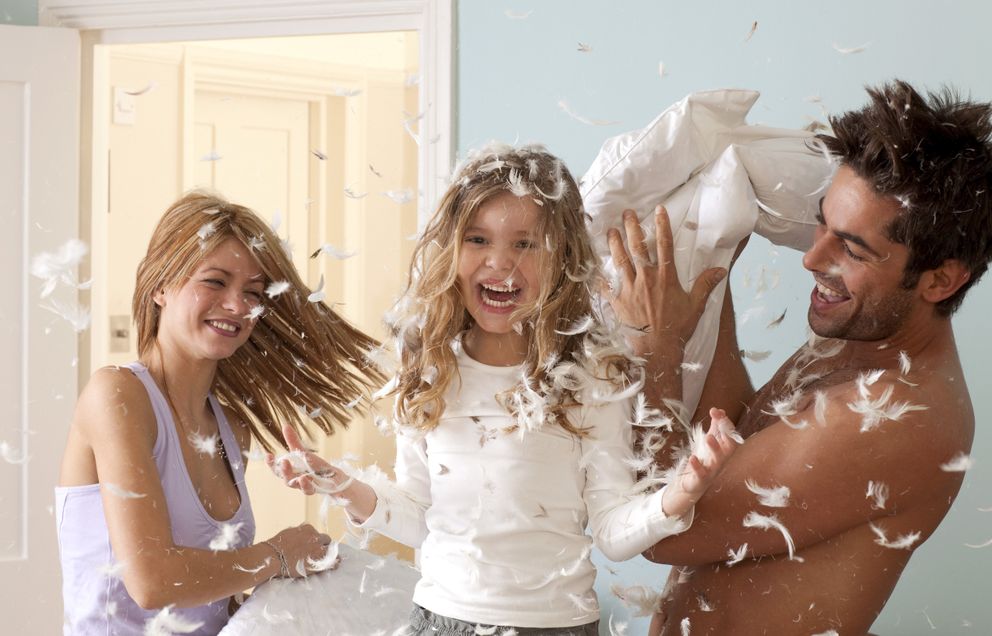 Zoe was away from it all, learning how to be a tough yet kind young woman from her grandmother. Edna may have only had a tiny house on a farm, but to her granddaughter who visited every weekend, it was heaven.

While other grandparents would read fairy tales to their granddaughters, Edna would teach her little Zo-Zo to feed the cattle and clean the sheds. Zoe learned how to bargain, sell produce, and improve profits at the Sunday market. By twelve years of age, Zo-Zo could run the market stall by herself.

Zoe thought she had the best of both worlds. She lived with her parents in the city during the week, and on weekends, she spent time with her grandmother in the beautiful countryside.

Until that single week in which both worlds came crashing down like dominoes. Zoe still remembers how her parents had sat her down on the same couch where the family would cuddle and watch movies together.

“Zoe, I know this will come as a big shock to you, my dear. But your father and I have been unhappy for a while, and we have decided to get divorced.” 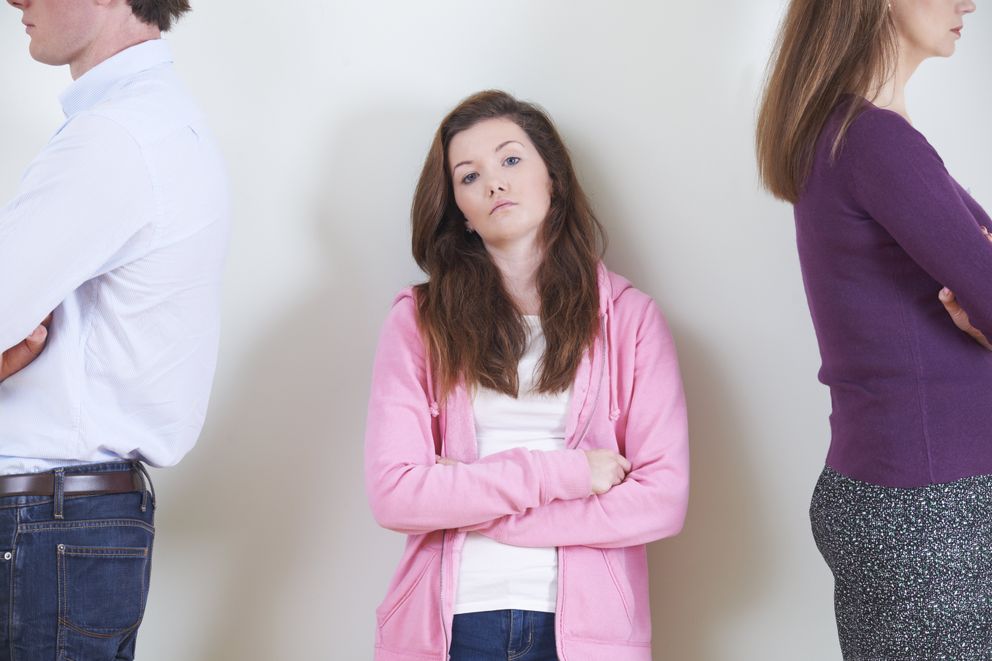 With every sentence her mother spoke, Zoe’s heart sunk deeper. Meanwhile, her father was quiet, barely able to make eye contact with her.

That’s when he received that devastating phone call. Zoe could still remember how his father’s face turned pale, and he stared blankly at the floor for a few seconds before breaking into tears.

Her father had collapsed into his wife’s arms and cried: “That was Uncle Gary…Mama is gone!”

Edna was gone. Zoe’s favorite person, her teacher of strength and kindness, her best friend, had waved her final goodbye.

Grief connects us all.

‘All while my parents were too busy trying to break up!’ Zoe thought.

The rest of that fateful week was a blur to Zoe. The funeral, the last breakfast together with her parents as a family, had all seemed meaningless to her.

Zoe became aloof and angry for the rest of the year. She expressed her grief through every essay, drawing, or letter-writing assignment at school. To her, it was a medium of relief. But to her teachers, the darkness of her thoughts was concerning.

In the last month alone, Zoe’s mother, Beth, had been called to school two times. It looked like today was going to be the third time.

It had been exactly a year since the day of Edna’s demise. Beth had packed lunches, lit a candle in front of Edna’s smiling portrait in the living room, and was waiting at the door for Zoe.

“Maybe today she’ll talk to me,” Beth thought as she saw Zoe put on her backpack, ready to leave the house. 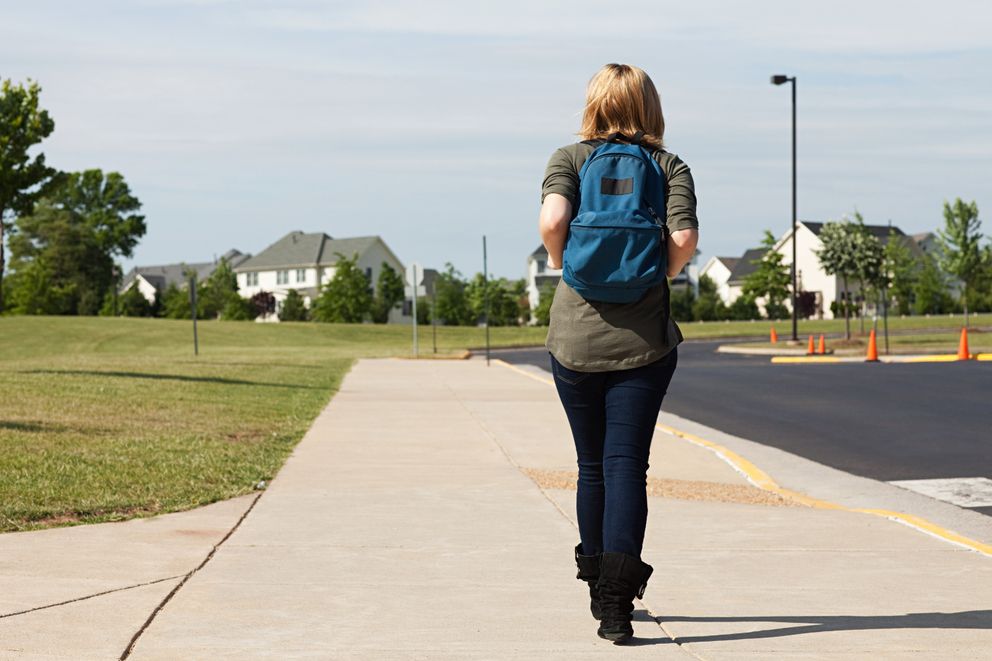 The mother and daughter usually shared a quiet and awkward car ride to Zoe’s school every morning. But today, Zoe had other plans.

“I’ll be taking the bus to school today,” she mumbled under her breath and walked briskly past her mother without looking her in the eyes.

Before Beth could say anything, Zoe was gone.

It wasn’t that Zoe didn’t love her mother; she just needed time and space to think.

As she reached the neighborhood bus stop, her heart skipped a beat. It was as if her grandmother was sitting on the bench, curled up, and trying to hold her arms and legs from shaking in the brutal cold.

She couldn’t help but approach the old lady. “Are you alright, Ma’am?” 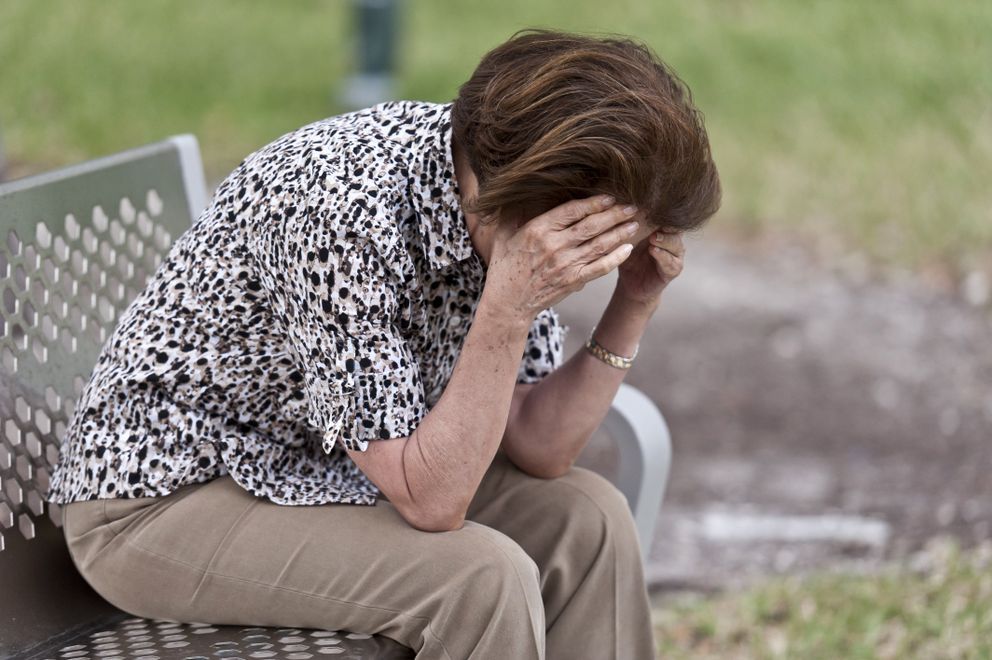 Zoe threw a spiteful glance at onlookers at the bus stop. ‘How could they just ignore an old woman struggling before their eyes!’

Without a second thought, she took off her jacket and helped the woman wear it. Luckily, she had a sweater on underneath that kept her warm.

“Thank you, thank you, young lady!”

“Do you have somewhere to go?” Zoe asked, helping the woman stand steady.

“My home on Hoover Street! Silly me, I missed the bus, and the next one won’t arrive until late afternoon. I just want to go home.”

“Hoover Street is just a few blocks away from here. I can walk you there if that’s okay.”

“You would do that for me?” The woman gave a surprised look, squinting her eyes to see the girl through her blurry vision.

“Sure, I can take you. It IS a school day, but my teachers will probably summon my mother to school anyway.”

“You sound like a delightful student!” the old woman said, making Zoe chuckle. 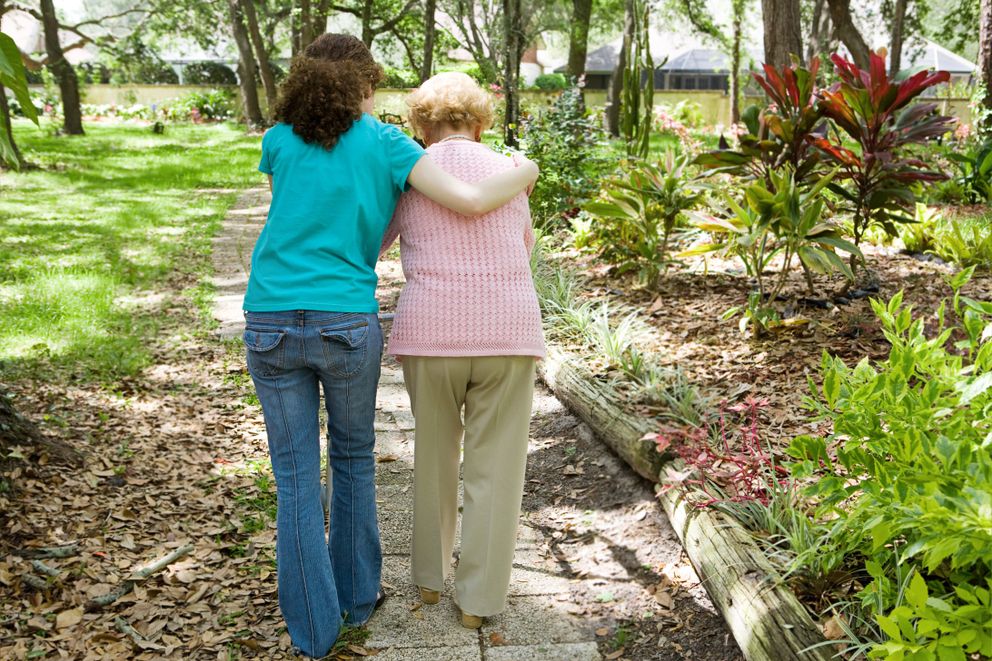 It was a slow 20-minute walk to the woman’s house. “Shame on me if I let you go without a nice cup of hot cocoa!” the woman said.

Over the refreshing beverage and homemade rose cookies, Zoe had a heartfelt conversation with the woman, Deandra. Old repressed pain started crawling out of the corners of her mind, and Zoe finally broke down crying in the arms of her new confidant.

“I feel like Edna and I would’ve been great friends!” Deandra said, as she consoled Zoe.

The soulful afternoon was drawing to an end. When Deandra hugged Zoe to say thank her one last time, Zoe stayed in the embrace for several seconds before letting go.

The following day, Zoe walked to her bus stop. She zipped up her jacket, and as usual, she slid her hands into both pockets.

‘What’s that?’ she thought, as she felt a small box and a folded paper in her left pocket. 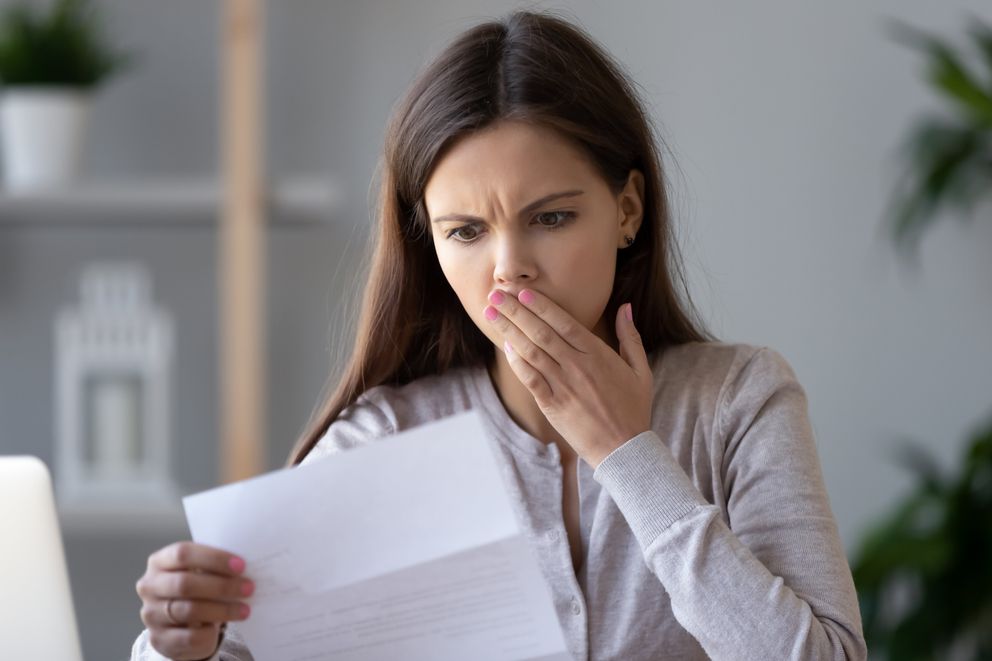 It was a tiny velvet box with a sparkling emerald ring inside it. Zoe stopped in shock and quickly opened the note, wanting to make sense of how the box got there:

Thank you for showing me kindness. Your grandmother would be proud. I know your pain, and I feel the relief you felt today, too.

Just like I reminded you of the grandmother you lost, you reminded me of my dear Susanne, the daughter I lost. This is her ring, and I want you to have it.

Come by again soon; I will tell you all about her!

Zoe stood with the open box and letter in her hands, speechless. She took a few seconds to gather her thoughts and knew what she needed to do.

An hour later, Zoe and Beth were knocking at Deandra’s door.

“Zoe, I didn’t expect to see you again today! This must be your mother. Come on in!” 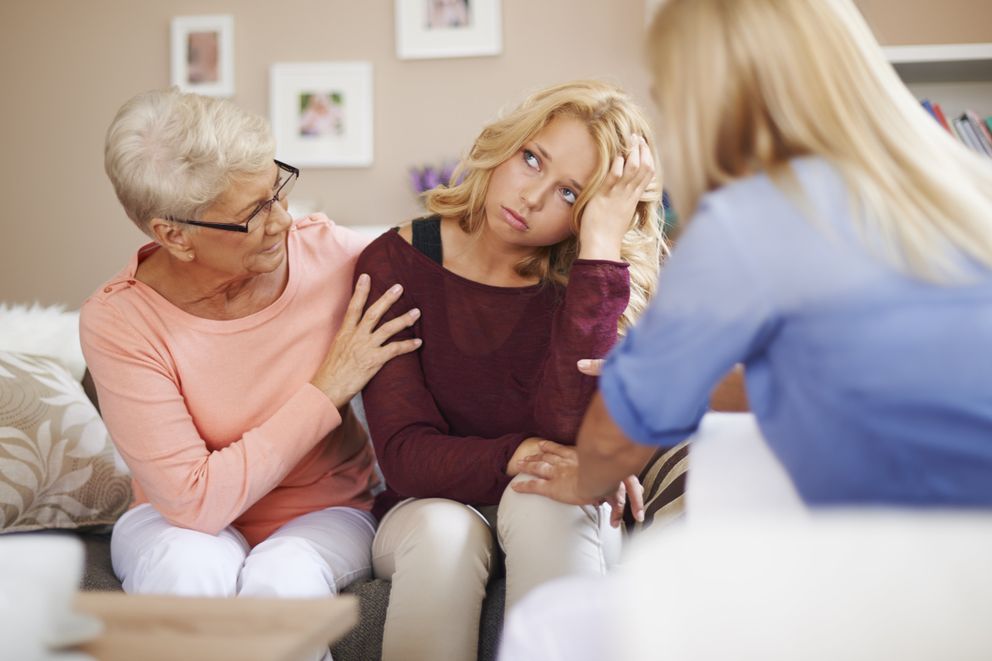 For the first time, Zoe embraced Beth and let herself grieve.

“You told me this beautiful ring belonged to your daughter’s hand. After her, it can only ever belong to yours,” Zoe said, placing the velvet box back in Deandra’s hands.

“I helped you out of kindness that my grandmother taught me. But in return, you gave me something better. You brought me closer to my mother. I cannot possibly ask for anything more.”

Grief connects us all. We all experience grief at some point. Going through it together can alleviate the pain a little bit. Zoe realized that and called her mother to heal together.
Always help elders whenever you can. The elderly have struggled in life more than anyone. Helping them out with random acts of kindness can make their final years worthwhile. Zoe did just that and was blessed with the opportunity of closure with her mother.