When a customer at an Indiana gas station tried to steal “several” four-packs of Red Bull energy drinks, the gas station clerk confronted him with a handgun. Forty-nine-year-old clerk Vincent Bibbs didn’t want to let the shoplifter go without a fight, so he drew his unlicensed handgun and confronted the man. Nevertheless, Bibbs shot the suspect in the face with the gun, which resulted in the death of the man.

Now, Bibbs has been arrested on a murder charge for what he did to the shoplifter. The Indianapolis Metro Police Department released a statement confirming that Bibbs was arrested on the charge. Bibbs first appeared in court on Tuesday and was scheduled for a pretrial conference in September. 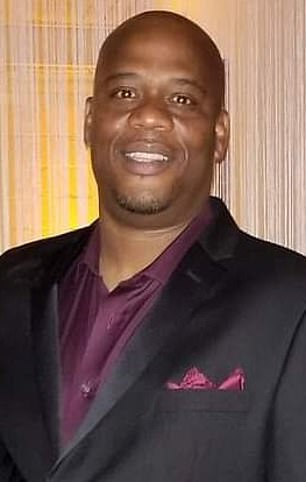 The victim was 49-year-old Damon McClain (above), an Army veteran. On a memorial page to him, friends and loved ones described him as having a “huge heart of gold.” His murder occurred at a Speedway at 4960 E 56th Street in Indianapolis. A witness watched Bibbs leave his post behind the counter to chase after a man who was trying to leave the gas station with “a big clear bag of something.”

One witness told police that they heard someone shouting “Hey, hey, hey!” and “just give it back” before a single shot was fired. After allegedly firing the bullet into the shoplifter’s face, Bibbs returned to his duties in the gas station and served two customers before he picked up the phone and called 911 for the victim.

When police interviewed Bibbs, he denied knowing anything about the shooting. He claimed not to have heard the gunshot and said he never had a gun. Police found the victim dead in the front seat of his car. He was pronounced dead at the scene at 11:35 pm. 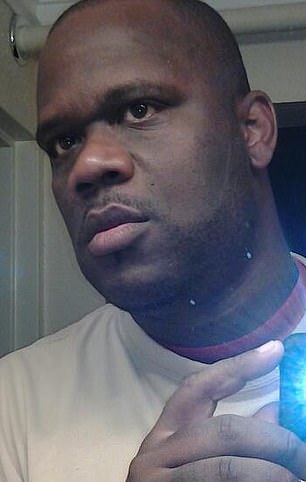 Near the dead man, police found a black 9mm handgun and a single shell casing, according to a Daily Mail report. They also found the stolen Red Bulls lying nearby.

When police confronted him with this evidence, Bibbs confessed that he “messed up by going outside” and then admitted that he did own the gun. He also said that he pointed the loaded weapon at the victim when it just “went off” in his face. 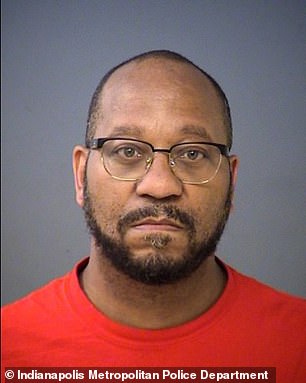 Bibbs (above) was arrested the morning after the shooting on a murder charge plus one count of carrying a handgun without a license.

The victim’s memorial site writes that Damon “ALWAYS had a story to tell, a prank to play or a challenge to execute. Damon was extremely intelligent and had a way of connecting with others. He had the ‘gift of gab’ and could hold a conversation with anyone about anything, whether it was a top dignitary official or someone down on their luck. Damon was engaging and had a commonsense way of making you look at things. He was an entertainer by nature. His laugh was infectious, and his goal was to meet at least one new friend a day.”

What do you think about the details of this case?