People can form unique ties with one another, and these bonds may even endure for a whole lifetime.

However, there is one that cannot be broken or matched by anyone: the bond between siblings. The invisible line that connects siblings is one-of-a-kind and irreplaceable, and the subjects of today’s piece are a perfect example of this. Nothing compares to the nobility of this brother’s sacrifice of his career for the sake of his sister’s future.

He gave up on his education to ensure one for his sister. 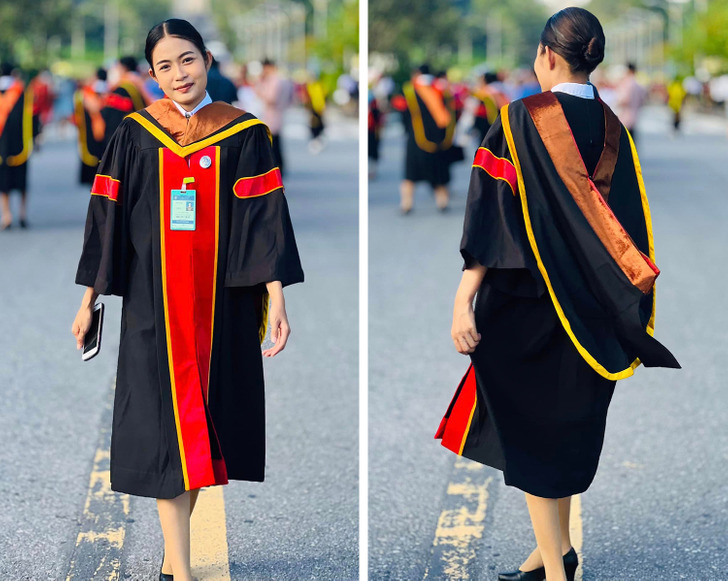 A 27-year-old Thai girl named Chanita uploaded pictures of her graduation on social media, and the post quickly gained popularity. Even while her pictures seem ordinary and unremarkable, the stories behind them could make you break out in tears.

As Chanita and her family are well aware, getting an education and continuing your studies to gain a degree is not a simple task. This lovely girl just graduated from Rajabhat University in the southern Thai province of Nakhon Sri Thammarat, although it was thought that she would do so in 2018. 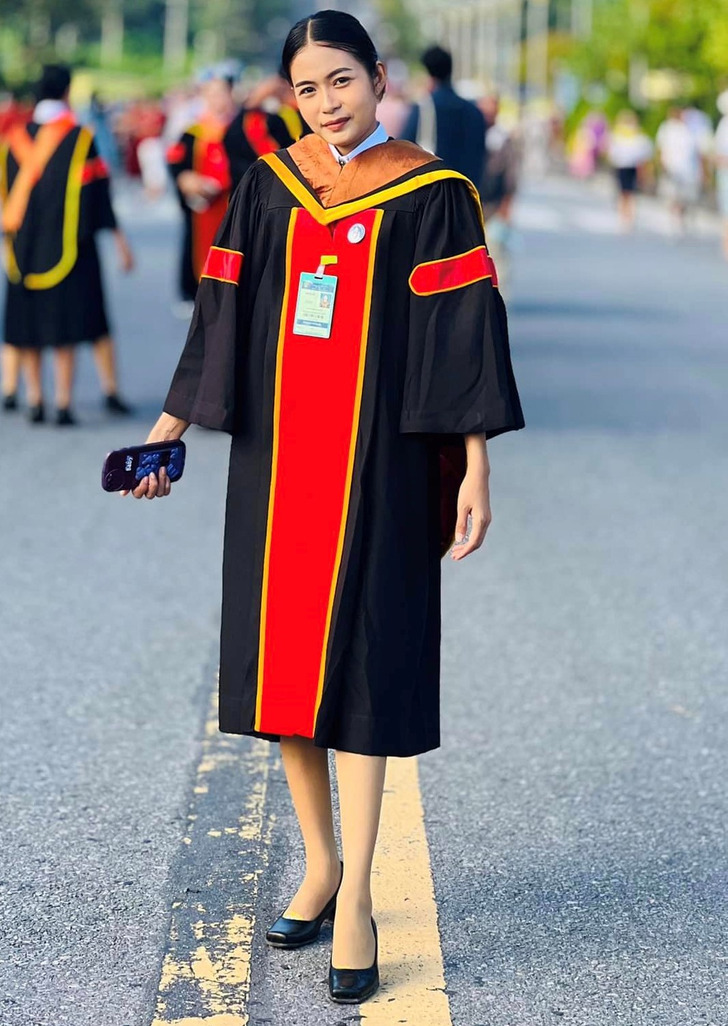 According to reports, Chanita’s graduation had been postponed for a variety of reasons, the most pressing of which was financial. The Thai girl comes from a low-income home, along with her older brother and mother, a low-wage worker who has made several sacrifices to guarantee her children have a typical, but respectable lifestyle 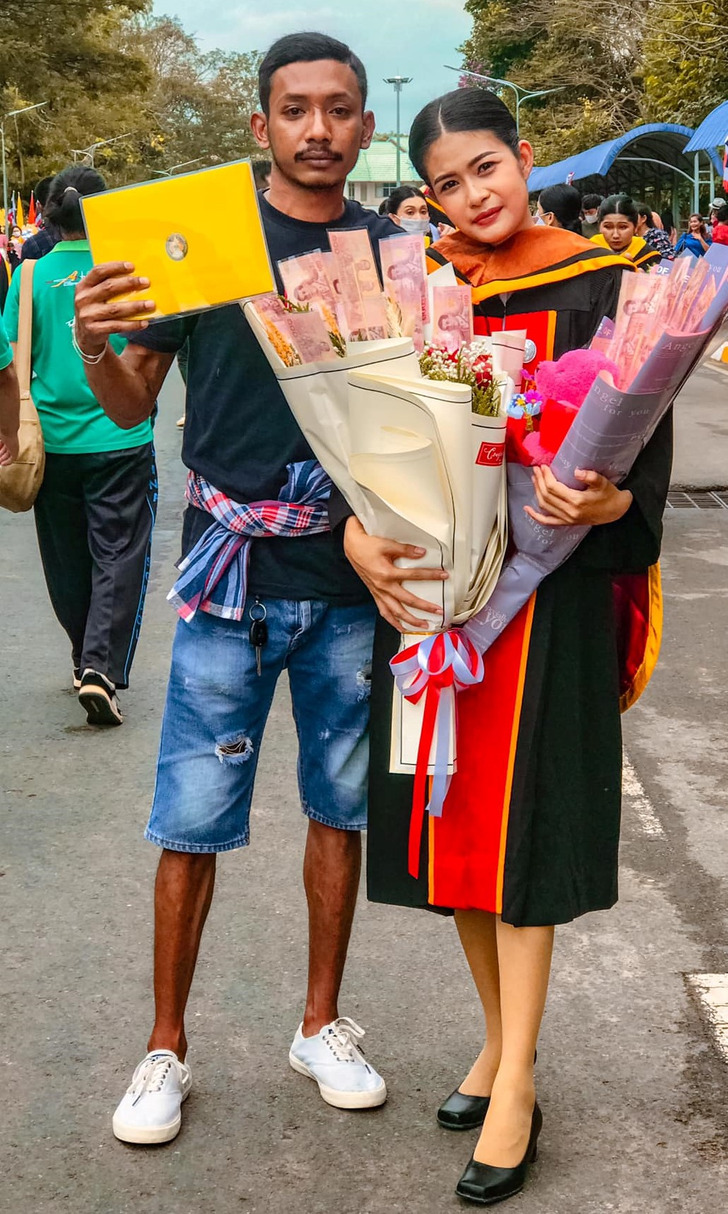 Education is a privilege rather than a natural right in families like Chanita’s. Because of this, when she enrolled in the school of public administration, her family struggled to fund both of its children’s educational fees.

Thus, her brother made the decision to drop out of school in order to provide his sister with the greatest education possible while saving money. Chanita, on the other hand, was unaware of her brother’s sacrifice until much later in life, when she was the only one in the family to complete college, while he could not. This story was relayed to her shortly after she finished her studies when her mother informed her of the enormous sacrifice her brother had made.

She bows down to her brother to express her gratitude. 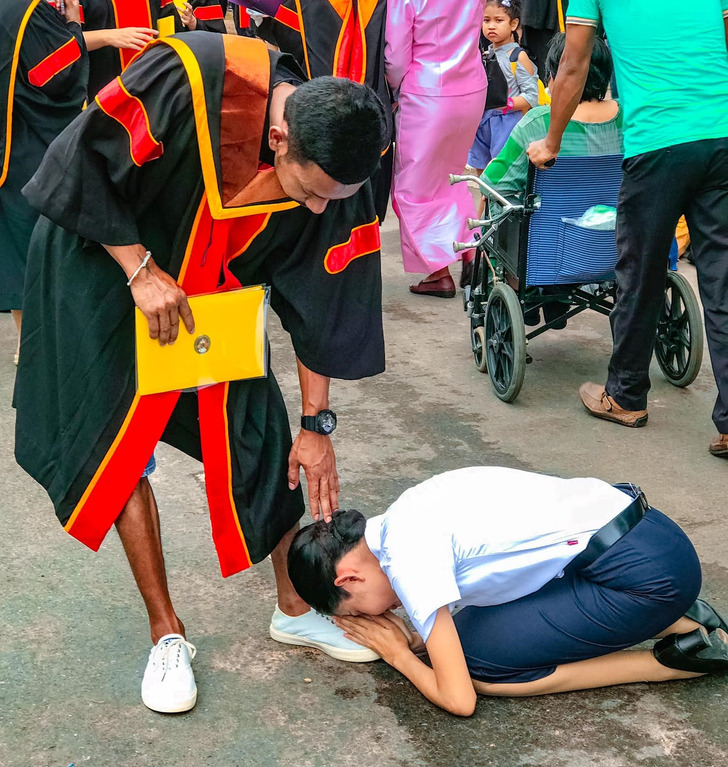 It could be difficult to convey your sincere gratitude to someone for making such a sacrifice for you under similar circumstances. This big exchange of expressions may seem overdone, yet the most important gestures are the simple but significant ones.

For siblings, apologies or gifts are superfluous, therefore Chanita considered showing her gratitude in a manner that is traditional in Thai culture. During her graduation, she did actually bow down in front of her older brother as a sign of gratitude and of the utmost respect for his sacrifice. In Thailand, making such a move is seen as an expression of reverence or gratitude. 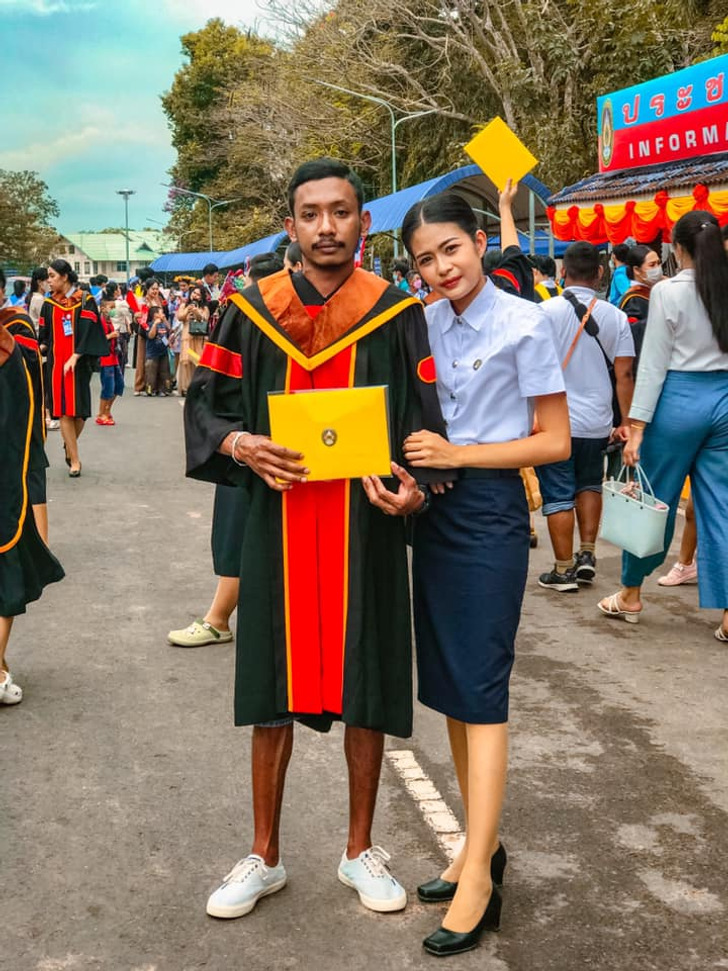 In the video, Chanita can be seen lending her brother her cap and gown. She most likely gave it to him in order to show him that her success is also a result of and thanks to him, thus, this graduation should be celebrated by all of them.

Chanita then bowed her head and knelt on her knees. This gesture is used to convey a deep respect for the other person and, in some cases, to request forgiveness or a pardon. Then we can see her older brother return her affectionate gesture by caressing the top of his sister’s head.

The power of this sacrifice touched the hearts of everyone. 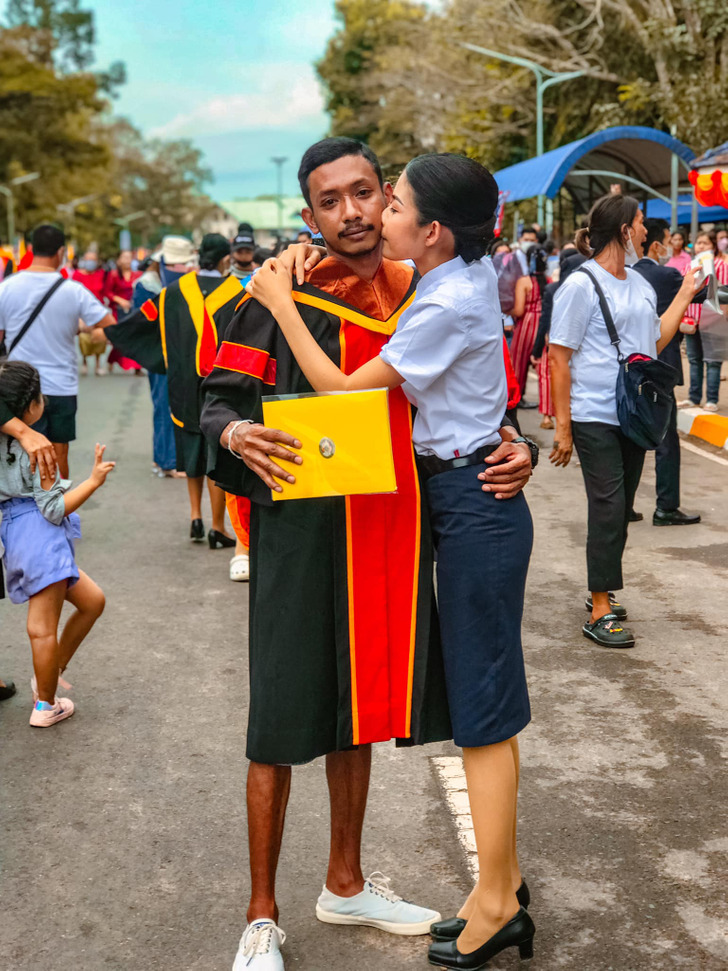 These stories can move anyone’s soul, especially those who share a close connection with their siblings. Family always comes first, and what her brother did for her proved how far a brother’s love can go.

When Chanita posted the video on social media with the caption, “Thank you to this fellow who sacrificed everything for his sister,” it instantly went viral. This shows how many people value this major deed and the significance of this relationship, because one thing is certain: your sibling will always have your back.

What is the most significant thing you have ever done for your sibling?