These are the 8 most annoying people of the year

Ah 2022, we’ll miss you. But we won’t miss the people on this list. Hopefully, the new year will push all of them to the sidelines where they can be replaced by new, equally annoying media monsters.

The rules for the list are easy – be in the media and be someone easily recognizable as annoying. Here are the winners (or losers):

Before he got married, Prince Harry had a name and a personality. Now, he’s just a sidekick to the Woman Who Would Be Princess. Meghan thought becoming royalty meant everyone would treat her like she got treated in Hollywood – with a mix of attention and worship. Turns out, she had to curtsy to the queen and Meghan demanded to be the center of her own universe. Now the press on both sides of the pond can’t stand her. Even The New York Times gave her new show this headline: “‘Harry & Meghan’ Has All the Intimacy of Instagram.” It’s shocking that Meghan is a career actress, and she can’t even act sincere. I wonder when Harry will notice.

The cast of “The View” has changed over the years, but both cast and content have just gotten worse. Recently, faux conservative Alyssa Farah Griffin went after the rest of the cast for their criticisms of her. She accused them of “toxic femininity.” She’s half right (which also describes her conservatism). The show is certainly toxic, but let’s call it what it is: toxic stupidity. The View is so bad, we should now call a collection of morons a “View” – like a flock of geese. A View of morons, which is what you get when you turn on the show.

You knew the Kardashians had to make some sort of an appearance. As a Kardashian ex- (Kim, pre-Pete Davidson), Ye counts. It takes a lot to unseat the Rev. Louis Farrakhan as the nation’s foremost anti-Semite, but Ye certainly tried. He’s gone from “death con 3” on “THE JEWISH PEOPLE” to claiming he “actually can’t be an antisemite.” (Wanna bet?) He keeps violating the Law of Holes: “if you find yourself in a hole, stop digging.” Ye still has free speech, but he’d help himself out by shutting up and listening. Please. 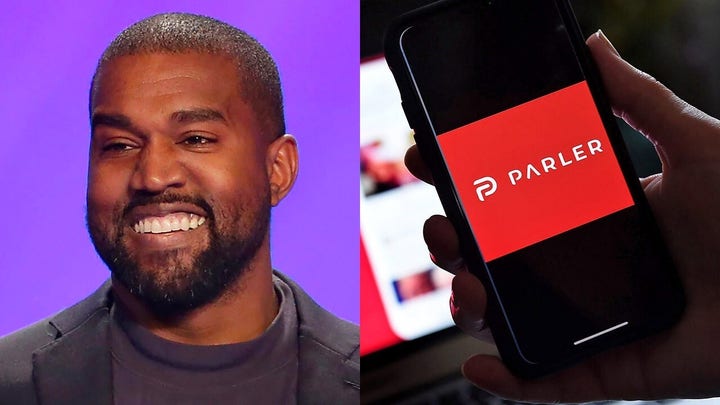 Remember him? He used to have a mildly popular show on CNN back in 2021. His loyalty to his brother got him caught up in a sex harassment scandal that (temporarily) crashed both careers. CNN reported, “Cuomo sought to use his connections in the press to help prepare Andrew Cuomo’s team as accusers started to make their stories public.” Chris did a poor Lazarus routine and sort of came back from the dead. Now, he labors in much-deserved obscurity at NewsNation – motto: When you’re No. 5, no one cares who you hire.

Stelter was one of the first on-air talents (Talent??) to be canned by the new CNN. (Meet the new dross, same as the old dross.) He used to anchor one of the most ridiculous shows on TV – so-called “Reliable Sources.” Now, he’s at the Harvard Kennedy School’s Shorenstein Center as a fellow. The left is great at paying off its people with jobs and book contracts. You probably remember Stelter for his hatred of conservatives, attacks on Donald Trump and suggesting Avenatti might be a good presidential candidate because the media loved him. Now Stelter’s doing panels and still tut-tutting conservative media. Welcome to well-deserved obscurity.

Imagine you’re a child actor and get to appear in movies based on some of the most popular books of all time. You become super famous and fabulously wealthy. But author J.K. Rowling dares to stand up for the traditional view of women. That was too much. The stars did their own transfiguration spell and morphed themselves from small children into rats. Daniel Radcliffe, Emma Watson, Rupert Grint, et al – proved to the world how woke they were. So they threw Rowling under the Hogwarts Express … but kept all their money. The actors and actresses who started as children still act like it.

If you want poster children of media bias, look no further than NBC’s disinfo duo. Collins even describes himself as covering the “dystopia beat.” He’s a one-man dystopia. Collins has repeatedly attacked conservatives and really went to war with Twitter CEO Elon Musk, mocking a journalist involved in Twitter files for doing “PR work for the richest person in the world. Humiliating sh–.” Collins was “temporarily suspended” from covering Musk on TV. Shocker. Zadrozny, who is just as bad at attacking the right, defended her coworker, saying, “In a war against truth, journalism can look like activism.” That sure sounds like a rationalization.

Davidson has dated more famously beautiful women than anyone since Sinatra. Ariana Grande, Kate Beckinsale, Kim Kardashian and Emily Ratajkowski, to name a few. Every single move he makes lands in the press as a result. He turns 30 in 2023. Davidson, who has no apparent acting or comedic talent, is proof that some group – Freemasons, Illuminati, mimes, someone – controls the world. Or maybe it’s just Pete himself. Forget “The Matrix,” this is Pete Davidson’s dream world. He better pray he never wakes up. The rest of us hope he just gets a job where he’ll be ignored. I hear CNN has some openings.