Following his and Katie Holmes’ divorce, Cruise became estranged from his daughter, Suri, and the pair were last photographed together in 2012. Holmes raised their daughter as a hard worker with a strong personality. Recently, fans praised her for her incredibly beautiful voice in her mother’s movie.

“First Daughter” actress Katie Holmes has raised her daughter, Suri Cruise, single-handedly for the past ten years since her painful divorce from her ex-husband, “Top Gun” star Tom Cruise.

Speaking to Instyle in 2020, Holmes revealed that her biggest goal was to nurture Suri’s individuality and to bring her up as a strong, confident, and able human. She praised her daughter, noting that Suri was focused and a hard worker. 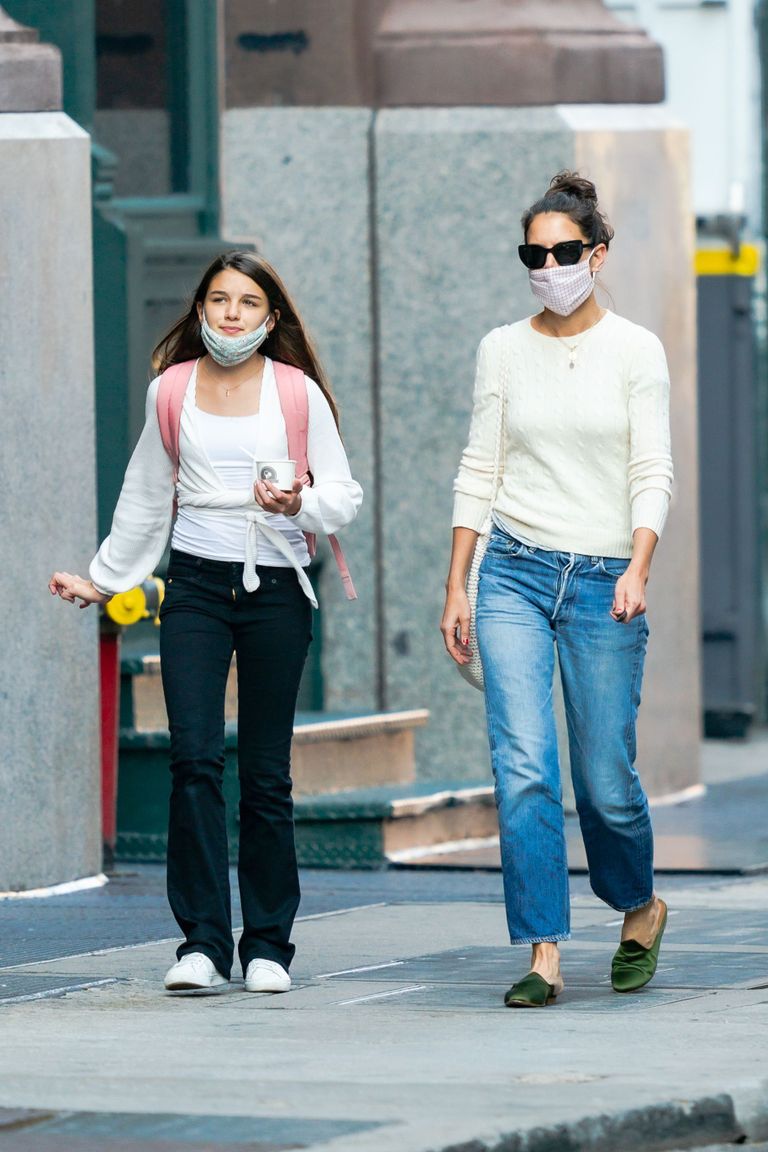 The 16-year-old has also developed a strong personality. Holmes considered her pretty special since she was a little girl, and the actress could not be prouder of the person her daughter has become.

The actress began raising her daughter alone after her quick divorce from Cruise. Even though Holmes never fully admitted it, Cruise answered in the affirmative when questioned whether Holmes left their marriage because she wanted to protect their daughter from his controversial religion. 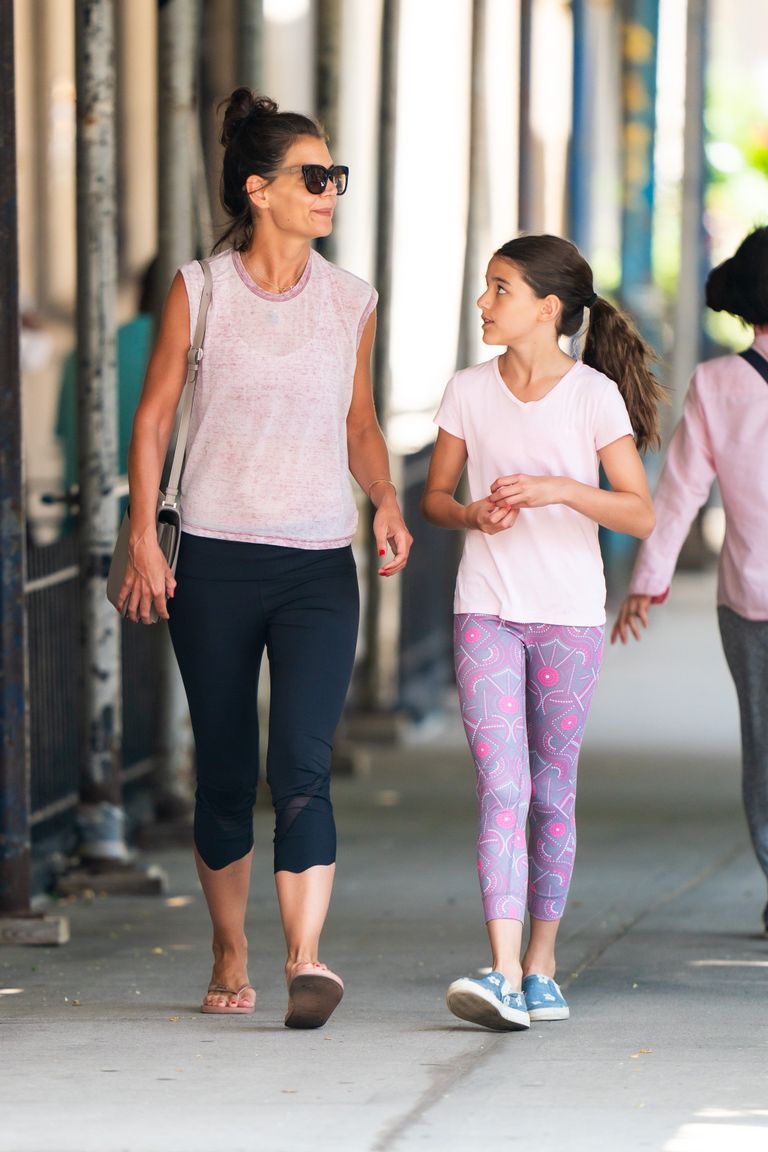 However, he also noted there were other aspects of the divorce besides his involvement in the Church of Scientology. Following their divorce in 2012, they reached a custody agreement that allowed Cruise to see his daughter for ten days every month. However, it appears he has not made that happen in the last decade.

According to sources, Cruise and his daughter, who has numerous resemblances to her parents, have been estranged for years. Reports say that the last time the two saw each other was in 2012 when they were photographed together during a visit to Disneyland.

A source opened up to Instyle, saying that Cruise chose not to see his daughter as she no longer subscribes to Scientology. They added, as People reports:

“Every person is allowed to see their child if they wanted to. He chooses not to because she is not a Scientologist.”

Suri Is Talented and a Hardworker

Despite Suri growing up without seeing her dad, Holmes has ensured to raise her to become purposeful and hardworking, and her efforts have been paying off. Suri made her singing debut on the big screen in “Alone Together,” a movie written and directed by her mother and in which Holmes also stars as June.

Suri sings the cover of Frank Sinatra’s “Blue Moon” in the 2022 film, about two strangers embroiled in bad relationships who wind up in the same upstate New York Airbnb.

Asked how she chose her daughter to do the vocals, Holmes disclosed that Suri was very talented, and when searching for someone with strong vocals to do the part, choosing her daughter was a no-brainer. 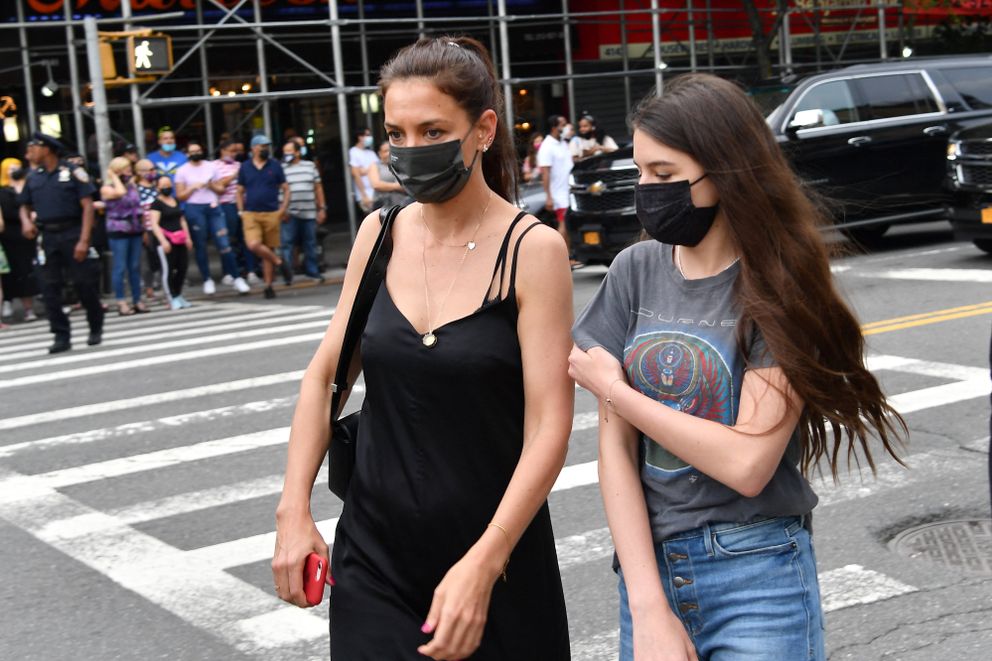 The actress revealed that she had been looking for the highest talent level, and her daughter had fit the bill. The actress said, during her sit down with Instyle:

“She’s very talented. She said she would do it, and she recorded it, and I let her do her thing. That’s the way I direct in general. ‘This is what I think we all want, and then go do your thing.’”

Fans Are in Awe and Praised Suri for Her Incredible Voice

Suri may be talented in more ways than one, but her most notable resemblance to her mother — besides the uncanny looks — is her strong voice. After “Alone Together” was released, fans could not help but notice how much she sounded like her mother.

Her angelic voice matches her mother’s soft, sweet, and soothing tones, and she has proven to have star power. Reacting to a YouTube video by one Alex R, fans pointed out that she might land herself a career in music with a voice as angelic as hers was.

One fan, @Sally Smith, said she was glad that Suri had sung in the opening credits of the movie and that she had shown such incredible honor to the song.

“She avoided the contemporary pitfalls of many who burden songs with countless scales sung throughout the song. Her voice sounded lovely and well trained, where it was not necessary to over-perform! It was a total pleasure to listen to a celebrity’s child who, after doing her homework, owns the spotlight! Bravo!” Smith added.

Another fan @Crystal Cove shared that she could not stop playing the trailer if only to listen to the song one more time. “She sounds so wonderful and has so much control in her voice. I’m so impressed.” She wrote.

As the comments kept trickling in, one could not help but notice how impressed fans were with Suri, with one @Maidels Marie praising her voice for being “crystal clear” and “pitch perfect.” “I wasn’t expecting much [but] it was a really enjoyable performance. I hope we hear more from her.” She said.

A fan, @David Thomas, noted how lovely Suri’s voice was. He, however, could not help but wonder how Cruise could hear his daughter sing as well and still not want to see her. He revealed how shocked he was that the actor chose his church over his little girl.

@Meemee Zong thought Suri’s voice was beautiful and predicted that she would have a successful singing career in the future if that is the path she chose to take, while another fan, @MaMaCass, noted how her voice resembled Holmes’ saying:

“You can hear Katie’s voice in her daughter’s singing.”

Other fans noted how Suri had taken after her parents and sounded just as well as they both did. “Wow! She got [her] talent from her mom and dad. Very good.” said @Tina Belair. Another fan seconded that thought, saying: “Wow! Her dad, Tom, can sing incredibly, as well!”

Impressed by Suri’s voice, another fan, Cotton Candy Sandi, reacted by comparing it with that of singer, actress, and activist Doris Day, who began her career as a big band singer in 1939 and achieved commercial success in 1945. Sandi was also in awe that Suri chose to do the song against the Billie Holiday orchestration.