Despite the fact even after 35 years, they love to hold hands and laugh together

Tom Hanks is always ready to protect her from bothersome fans

As they celebrate 35 years of marriage, Tom Hanks and Rita Wilson are shining examples of true love and devotion. However, their decades-long marriage has not been without its adversities, including a battle with cancer.

Tom Hanks made a name for himself with his iconic performances in critically acclaimed films such as “Forrest Gump,” “Saving Private Ryan,” “Sleepless in Seattle,” and “Road to Perdition.” 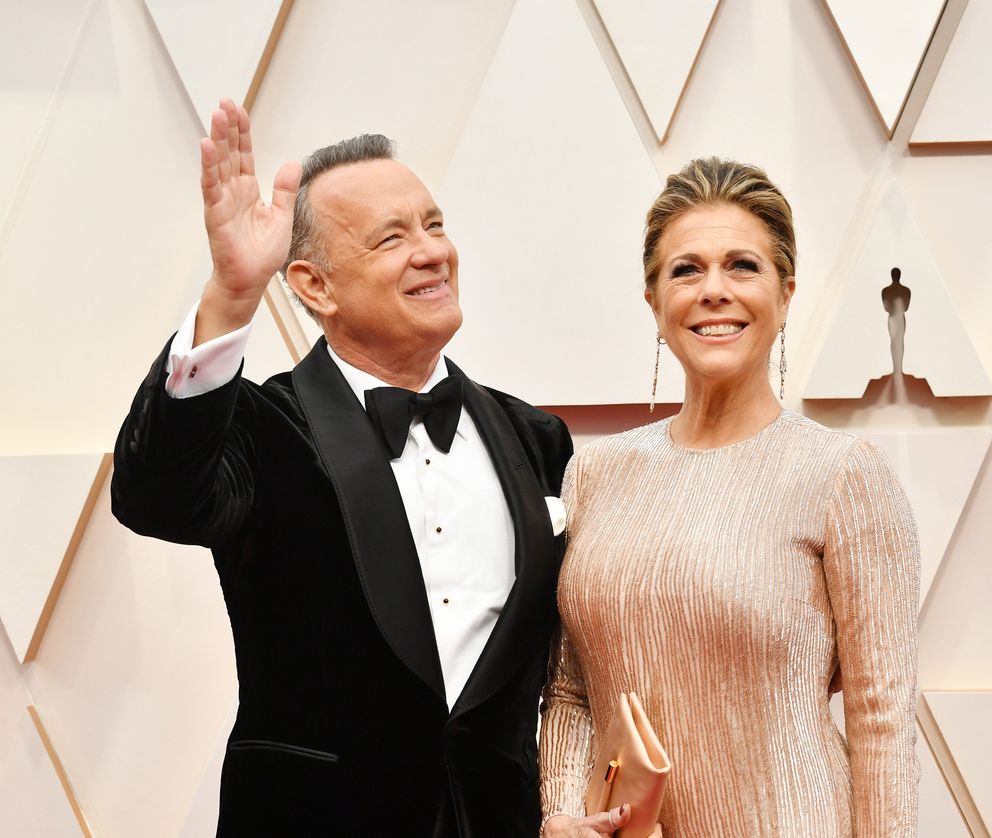 Rita Wilson, an accomplished actress, singer, and producer, first met Hanks in 1981. At the time, he was still married to his college sweetheart, Samantha Lewes.

The California-born actor and Wilson went public with their relationship in 1986 and tied the knot. They welcomed two children, appeared in one film together, and been each other’s dates on the red carpet many times.

Overcoming Cancer Together as a Couple

It all began on the set of the ABC sitcom “Bosom Buddies,” where Hanks and Wilson first crossed paths. Hanks appeared in the series for two seasons, while Wilson only graced the screen for one episode.

Although they had short-lived appearances in the classic series, Hanks and Wilson instantly became friends who loved to laugh together. Wilson recalled Hanks’ fun personality in a 2020 “The Kelly Clarkson Show” interview:

“He makes me laugh all the time. He’s a great storyteller.” 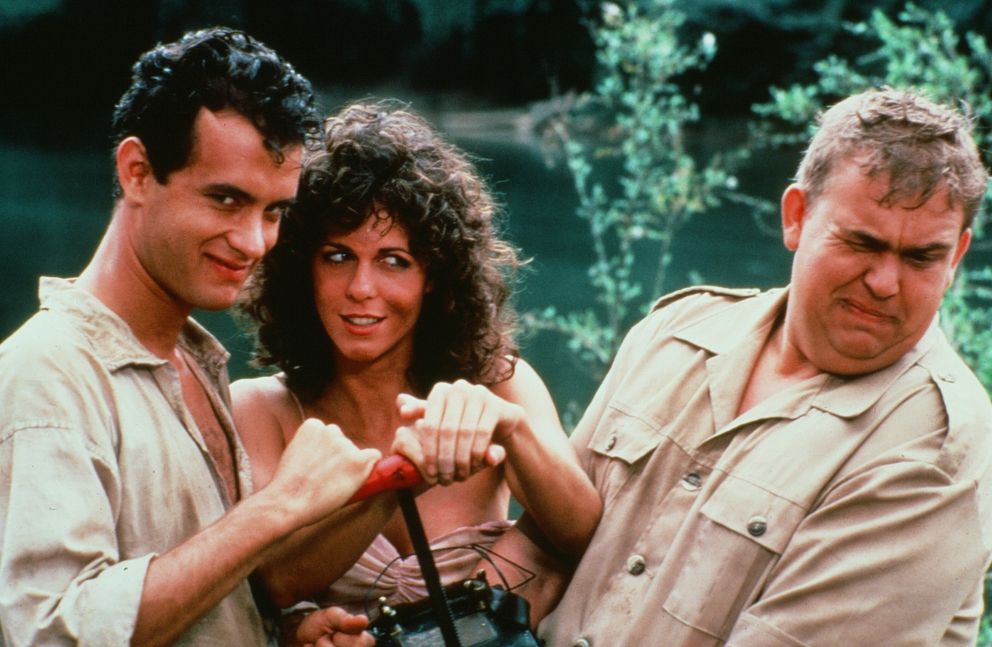 Years passed, and fate brought them together again on the set of the 1985 film “Volunteers.” This time, they played lovers, and Hanks couldn’t deny their instant chemistry.

Their friendship eventually turned into a romance. In 1986, Hanks and Wilson went to the movie “Three Amigos” premiere and debuted on the red carpet as an official couple. 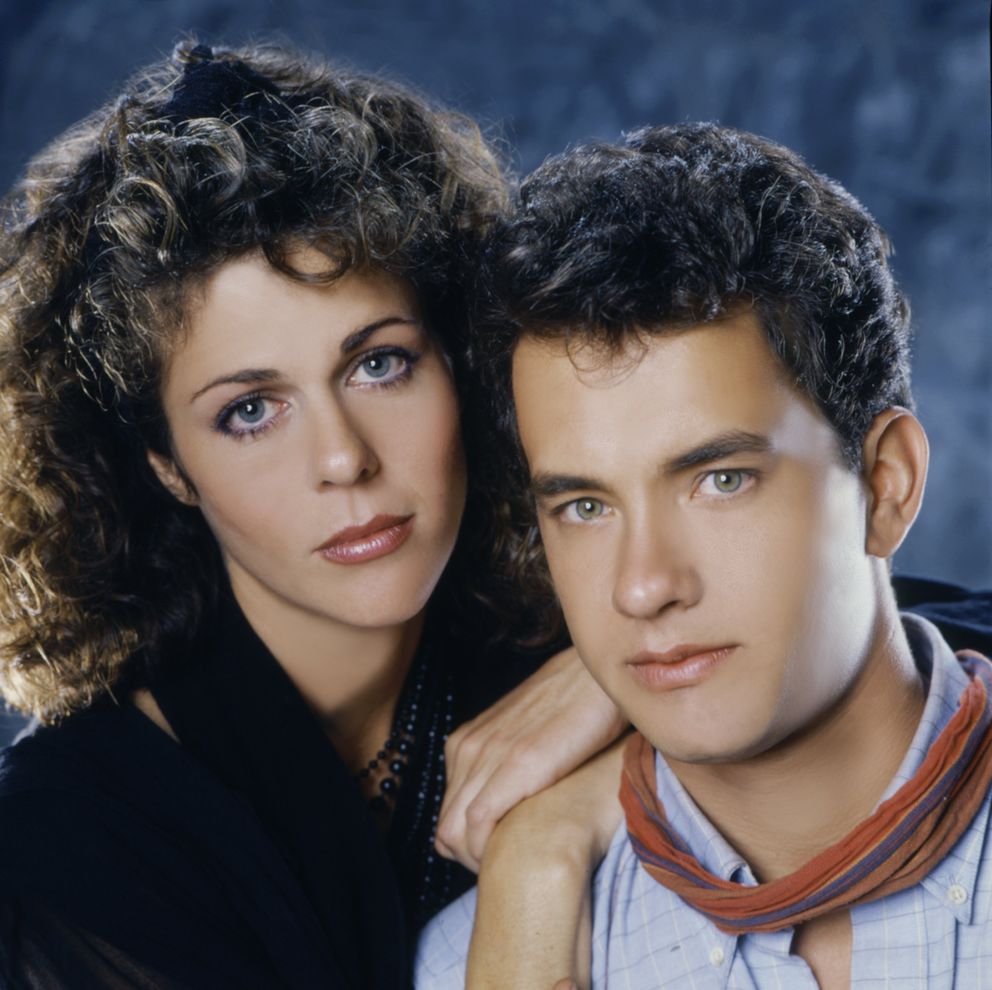 Even though Hanks and his first and late wife, Lewes, filed for divorce in 1987, they had already separated before the acclaimed actor and Wilson started dating.

Hanks and Wilson eventually tied the knot in April 1988, in which she iconically donned a non-traditional, short-length wedding dress. The couple then began their own family. 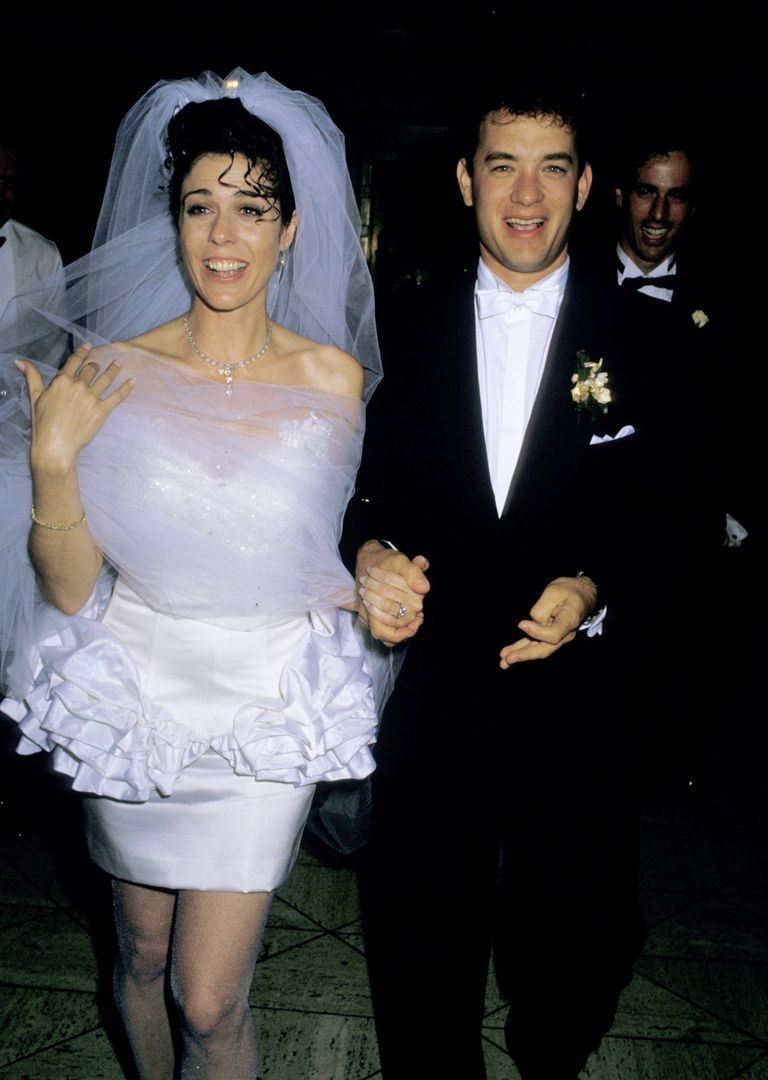 Hanks and Wilson’s children have pursued careers in the entertainment industry. Chester is a rapper and an accomplished actor, while Truman enjoys working behind the camera. 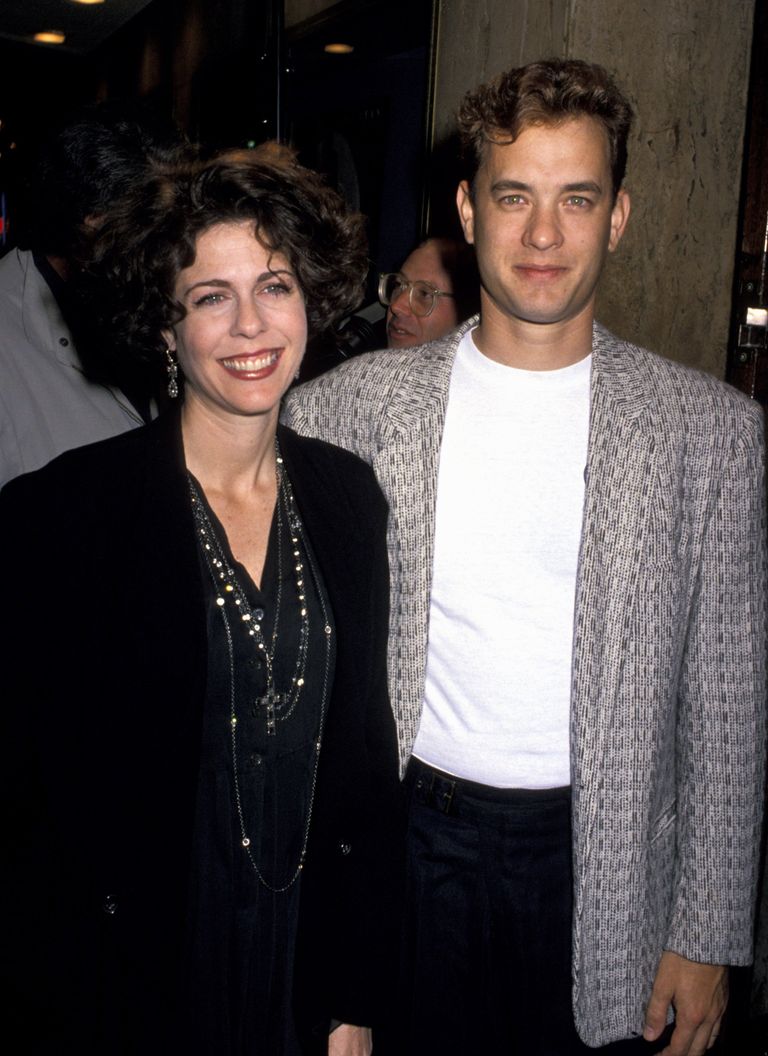 Chet appeared in several television shows such as “Empire,” “Curb Your Enthusiasm,” and “Shameless.” He has acting credits in films such as “Fantastic Four,” and “Indiana Jones and the Kingdom of the Crystal Skull.”

He even starred in the movie “Greyhound” with his father. Meanwhile, Truman has worked in the camera and electrical departments of the films “Black Widow” and “Wrath of Man,” as well as the film version of the musical “West Side Story.”

Chet appeared in several television shows such as “Empire,” “Curb Your Enthusiasm,” and “Shameless.” He has acting credits in films such as “Fantastic Four,” and “Indiana Jones and the Kingdom of the Crystal Skull.”

He even starred in the movie “Greyhound” with his father. Meanwhile, Truman has worked in the camera and electrical departments of the films “Black Widow” and “Wrath of Man,” as well as the film version of the musical “West Side Story.” 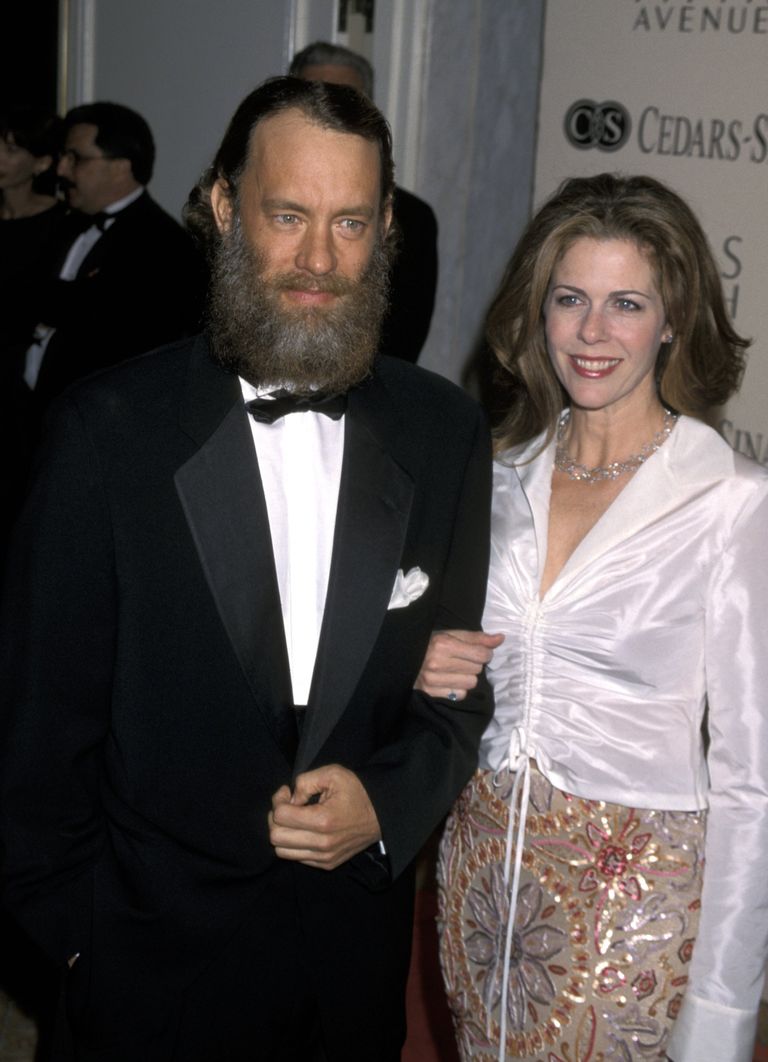 The achievements of Hanks and Wilson’s children mirrored the success of their marriage. Nevertheless, the celebrated actor and Wilson’s partnership was no different from that of any other couple.

Hanks acknowledged that luck played a role in finding each other but emphasized that their relationship was not the fantasy portrayed in films and noted that marriage could be challenging at times. 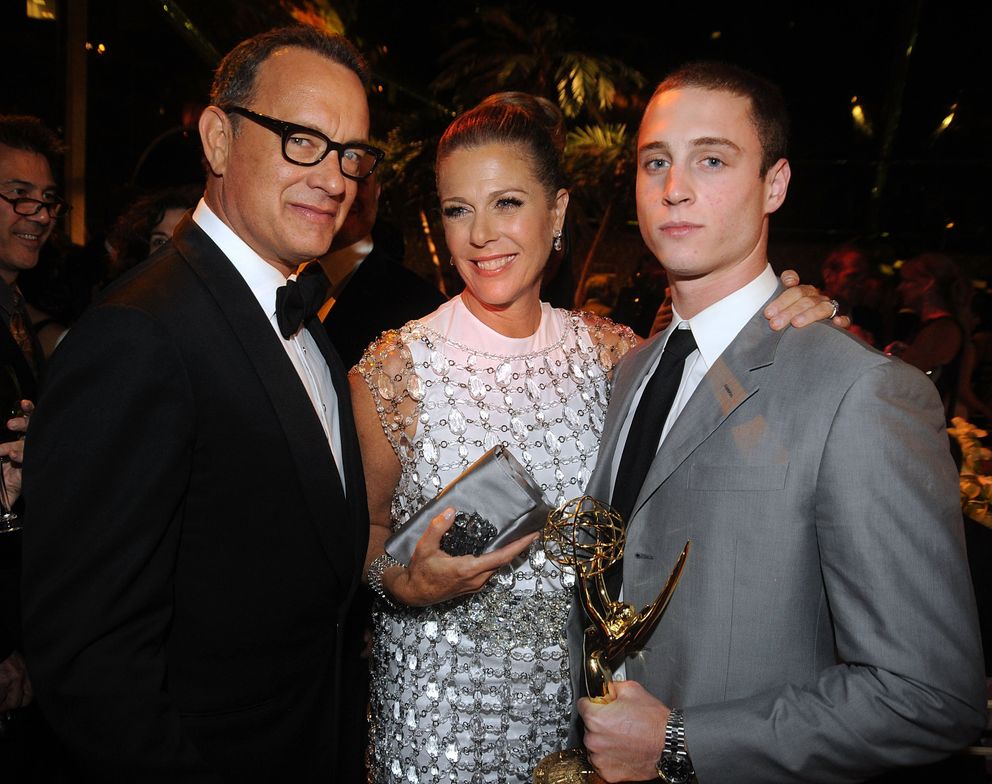 The father of two explained that the success of his relationship with his wife was because of timing, personal growth, and a willingness to have a deep connection. Hank said:

“But we both know that no matter what, we’ll be with each other — and we’ll get through it.”

The couple faced a difficult time in their relationship when Wilson was diagnosed with breast cancer. In April 2015, Wilson revealed that she had undergone a double mastectomy and reconstruction surgery following her cancer diagnosis. 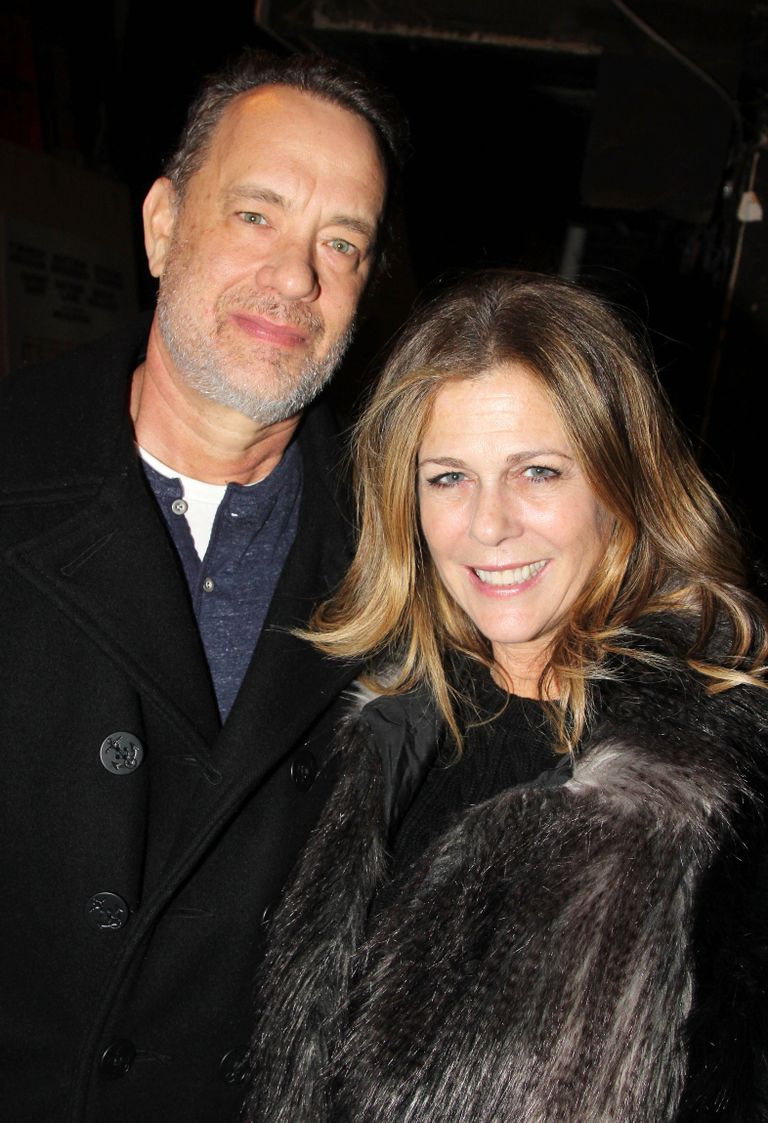 Wilson found out she had cancer at the same time she would star in the stage production of “Fish in the Dark.” Due to her condition, she temporarily stepped away from the show to focus on her recovery.

She was initially worried about how Hanks would respond to her condition but was grateful when he stepped up to care for her. She was “blown away” by Hanks’ actions and called him a “supportive husband.” 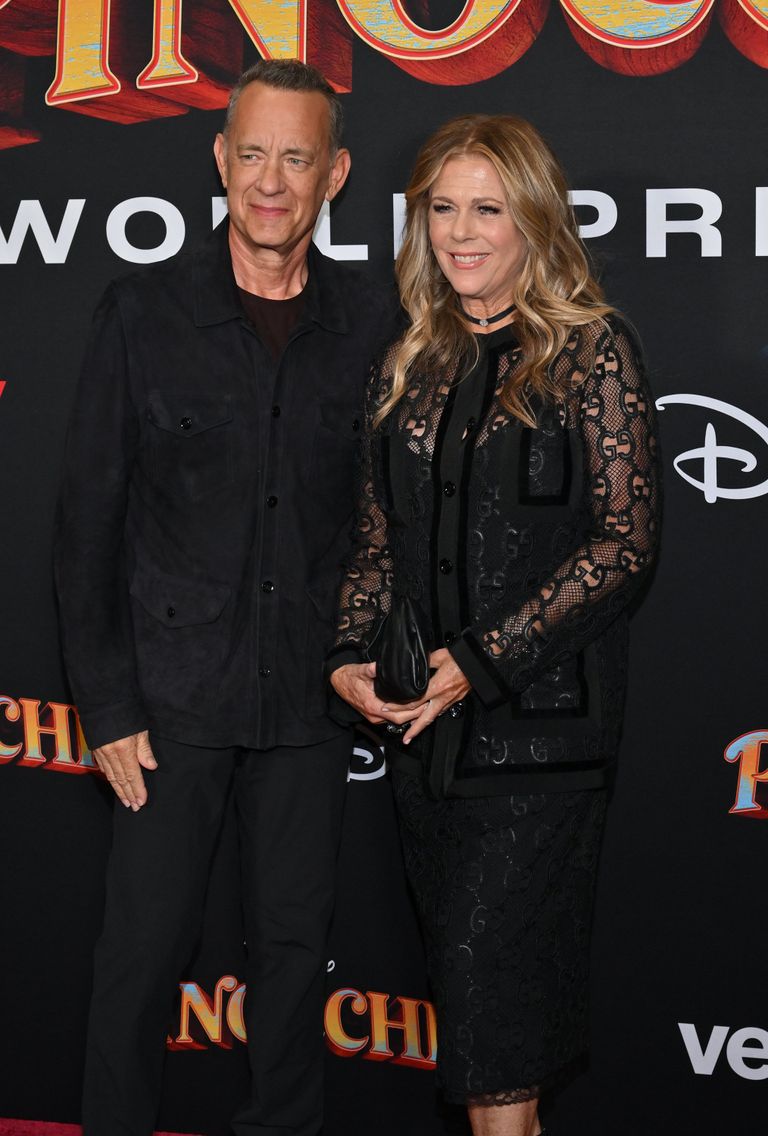 Wilson’s supportive friends, family, and the medical team played a crucial role in her healing journey. She also expressed gratitude for the breast cancer treatment and reconstruction, which enabled her to receive immediate care.

In May 2022, Wilson successfully defeated cancer and resumed her Broadway performance. She then shared a heartfelt message on Twitter to Hanks during their 27th wedding anniversary. She tweeted that her husband is her “soul mate, the love of my life, my best friend, my heart.”

After all these years together, they continue to amaze people with their love. Hanks and Wilson share a sweet relationship and love to hold hands up to this day. In August 2022, they were seen heading for dinner in New York City dressed casually.

The couple appeared in a good mood as they held hands and took their time walking and going around the street. Despite Hanks’ hectic work schedule, Wilson seemed to enjoy her time with him.

Wilson spoke about their enduring marriage and revealed an important aspect of their relationship: “Not only do we love each other, we really like each other.”

Hanks showed his protective nature in a public incident that went viral on social media in June 2022. In the video, Hanks navigated through a crowd of bothersome fans trying to take selfies with him and his wife.

Unfortunately, Wilson stumbled due to the crowd, but Hanks quickly stepped in to protect her, showing his annoyance towards the crowd. He yelled at the group to stop and helped Wilson regain her footing.

Hanks and Wilson have always been there for each other in the highs and lows. When they both contracted COVID-19, they continued caring for each other, making their difficult situation more manageable.

After overcoming their health issues, the couple apparently has plans to have a celebration for their 35th anniversary, but neither Hanks nor Wilson have thoroughly discussed the details publicly.

Wilson played coy and said in a January 2023 ET interview that their plan remains a “big secret.” At the same time, Hanks chose to reminisce about their lavish 30th-anniversary celebration, calling it a “great party.”

Although they have yet to share the details of their 34th wedding anniversary, every day is a celebration of love for the couple. Wilson shared on Instagram some photos that sum up their happy marriage.

On their February 2022 snap, Wilson wished Hanks a Happy Valentine’s Day and wrote: “Always laughing with this guy.” In September that year, she shared a picture of them at a carnival, smiling as they rode in a Ferris wheel.

Hanks and Wilson’s love story is one for the ages. Despite the struggles, they emerged victorious. Hanks never stopped loving and protecting Wilson while she fought cancer; he was by her side the whole time.

Their unwavering love and support for one another is an example to all who look up to them. As their avid fans eagerly await, they hope for many more years of the couple’s happiness and love.