Twins Bring Rejected Baby from Street & Treat Her As Sister, Learn About Her $3M Legacy Year Later — Story of the Day

Twin boys discovered a stroller with a baby girl inside and brought her to their home. They were poor, but their parents decided to keep the baby. However, they never expected who would show up at their door later.

“Please, Mom. Please, Dad. She’s so sweet. We’ll do everything for her,” Jess – one of the twins – begged his parents, and his brother, Billy, nodded rapidly in agreement. The boys had been outside their home playing with their neighborhood friends when they saw a stroller, and a baby girl was inside.

They distracted her from crying, made her laugh, and they decided to bring her in when it looked like rain was coming. But it was a difficult situation. Their household didn’t have much money. Their father, Jackson, had gotten into an accident at work and had just started to receive disability benefits from the government. 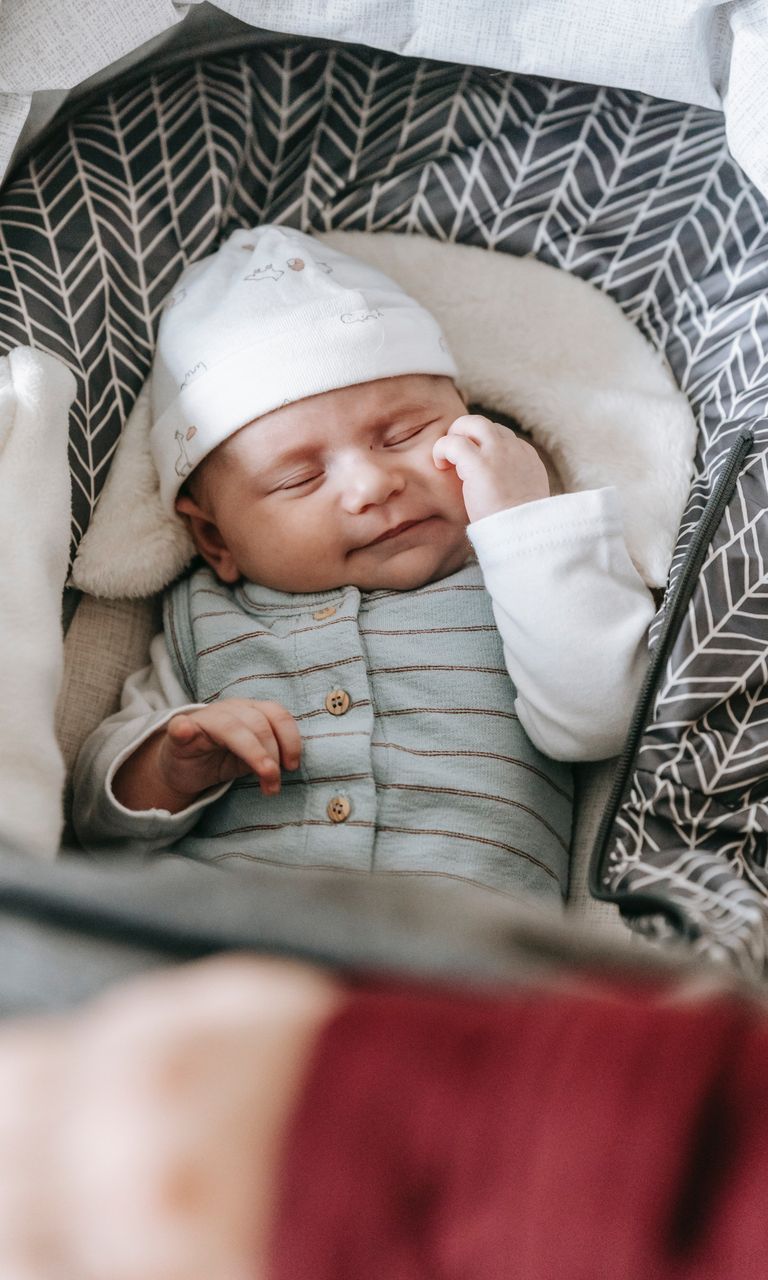 Meanwhile, their mother, Kiara – the only active breadwinner – worked as a maid on the other side of town because they lived in a more humble neighborhood in Ohio, away from the wealthiest and their mansions.

“Ma’am, what are you doing here?” Kiara asked, her eyebrows raised in shock.

Seeing their twin boys’ excitement for the baby made the parents hesitate. They wanted to call CPS and get the baby to safety, but the boys, who were usually mischievous and naughty, were so sweet. Neither wanted to crush their idea of having a little sister to care for.

“Please! Please! We won’t ever ask for anything expensive. Please!” Billy begged, his eyes wide and honest.

Finally, Kiara looked at her husband and shrugged. He smiled at her knowingly. “Well, guys. We can try to keep her, but we will have to call CPS if something happens. But we can do that tomorrow. Why don’t you guys help me clean up the kitchen a bit, so I can feed the baby and start dinner,” Kiara said, waiting for them to whine and grouch about chores. 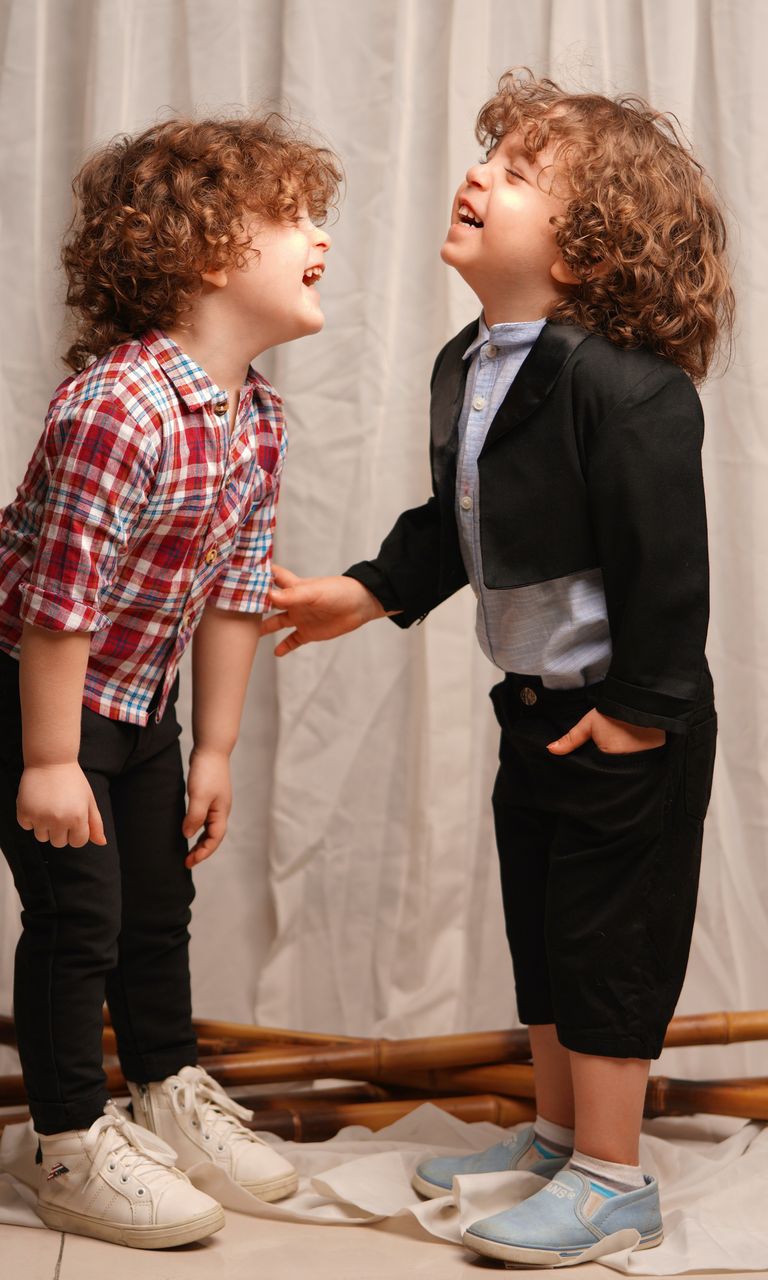 But the boys ran to help. They cleaned the kitchen as best as five-year-olds could and followed everything their parents said. It was a miracle, and Kiara started thinking that maybe this baby would be the best thing that had ever happened to them.

They had a great night, and although the baby cried several times, everyone in the house did their best. Kiara told the twins to go back to sleep, but they had promised to help, so they didn’t. She sighed at that, wondering how long their pleasant attitude would last. But still, it was a nice change.

The following morning, Kiara was about to call CPS when someone unexpected showed up at her doorstep. It was Mrs. Carino, one of the rich women Kiara worked for. She had the biggest house in the wealthiest neighborhood, and her family had more money than God. At least, that’s what it seemed like to ordinary people like her and Jackson.

“Ma’am, what are you doing here?” Kiara asked, her eyebrows raised in shock.

“You have to keep the baby!” the woman said desperately. “My husband…he’s gone. I don’t know what to do. I don’t want my baby to be sent to my parents or, worse, my awful sister. So, you have to keep her.”

“Wait. Wait. The baby girl my sons found is yours?” Kiara questioned, confused. Why didn’t I recognize that baby before? she wondered too.

“Yes! I left her near your house because I’ve seen how great you and your husband were with your kids. I want her to grow up surrounded by tons of love. Please, Kiara. Do this,” Mrs. Carino continued, but this time, she grabbed Kiara’s hands and squeezed tightly.

“I don’t understand. Why can’t you keep your baby?” 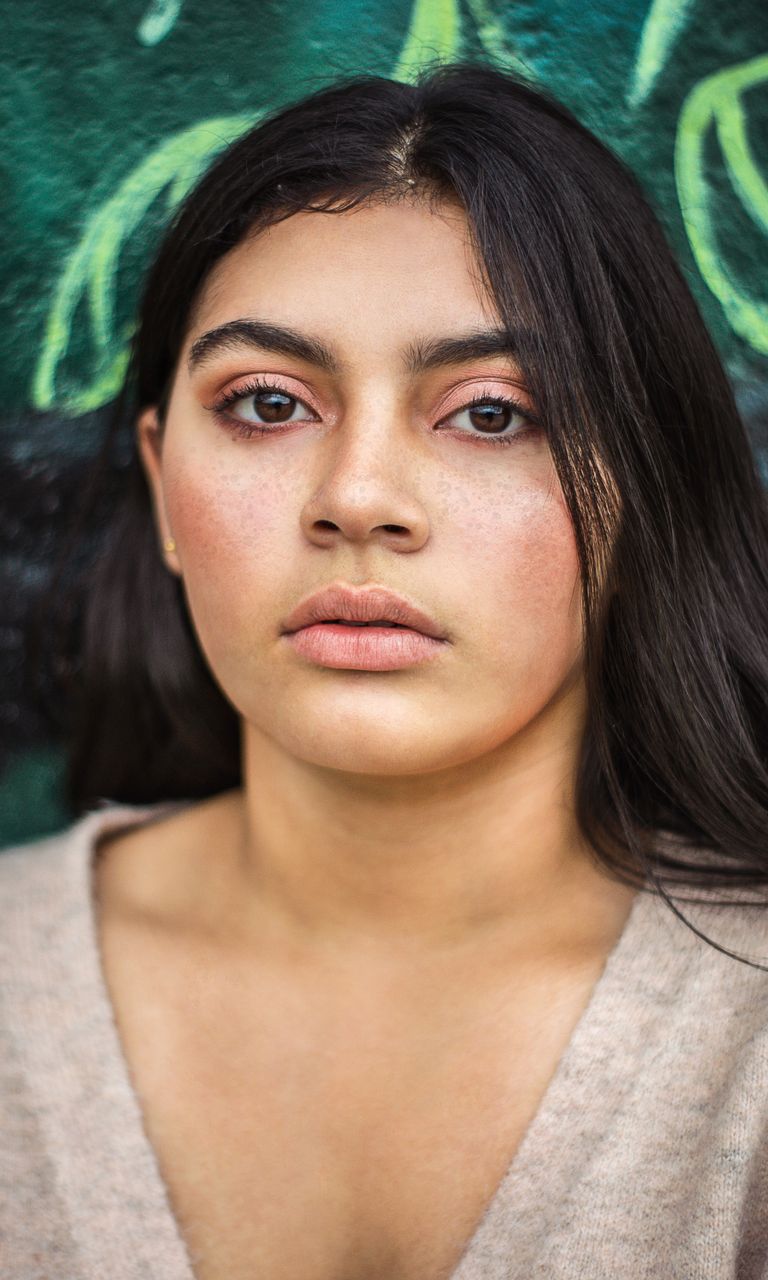 “Kiara, I don’t have long to live. I have cancer, and it’s bad. My husband found out and skipped on our child and me. He’s weak. I shouldn’t have married him. I knew he was like that. But I can’t let her be raised by my crazy parents or anyone in my awful family. You have to do it. Will you?” the distraught woman continued, refusing to let go of Kiara’s hands. “I didn’t show up myself yesterday because I wanted you to bond with her, and you kept her. You sheltered her. Please do this.”

“I mean…sure. We were going to call CPS to check, but we…I mean, our boys fell in love with the idea of a little sister,” Kiara said. Her mouth was down, her forehead wrinkled, and her hands were in pain from Mrs. Carino’s grip.

But the rich woman let her go. “Thank you! Thank you so much! I have to leave now. I don’t want anyone to know she’s here. But don’t worry. I’ll help. Just wait,” Mrs. Carino said and ran to her car as if something were chasing her. 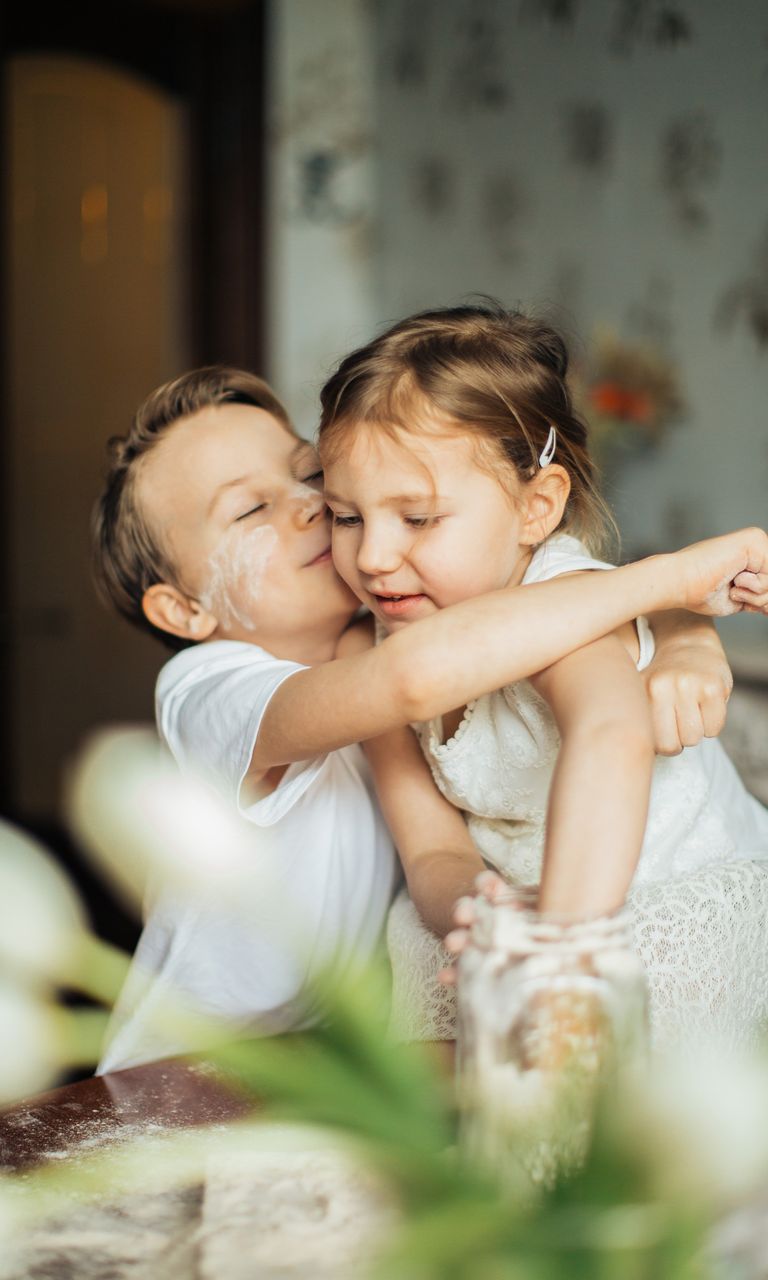 Kiara stood in her doorway, frozen in shock, and stared as her car disappeared. She went inside and told her husband everything.

“Well, I guess we’re keeping the baby, then. For sure,” Jackson commented. “I need to see how I can start working on something remotely and earn money.”

“Well, I think I’m losing Mrs. Carino, but Mrs. Gilmore wanted more help, so I can ask her for extra shifts. For now, you’ll be in charge of the kids. Can you handle it, dear?” she said and kissed his cheek.

They had the baby girl, Ella, for several months before a lawyer sent them a check and paperwork so they would become Ella’s legal guardians. Mrs. Carino had passed, and she gave them her money to raise the baby. It was a whopping $3 million legacy.

They didn’t know Mrs. Carino would be sending them money, but Kiara thought that was probably what she meant about helping them. They saved the money, worked hard, and eventually, Jackson found a job online after taking a few courses. 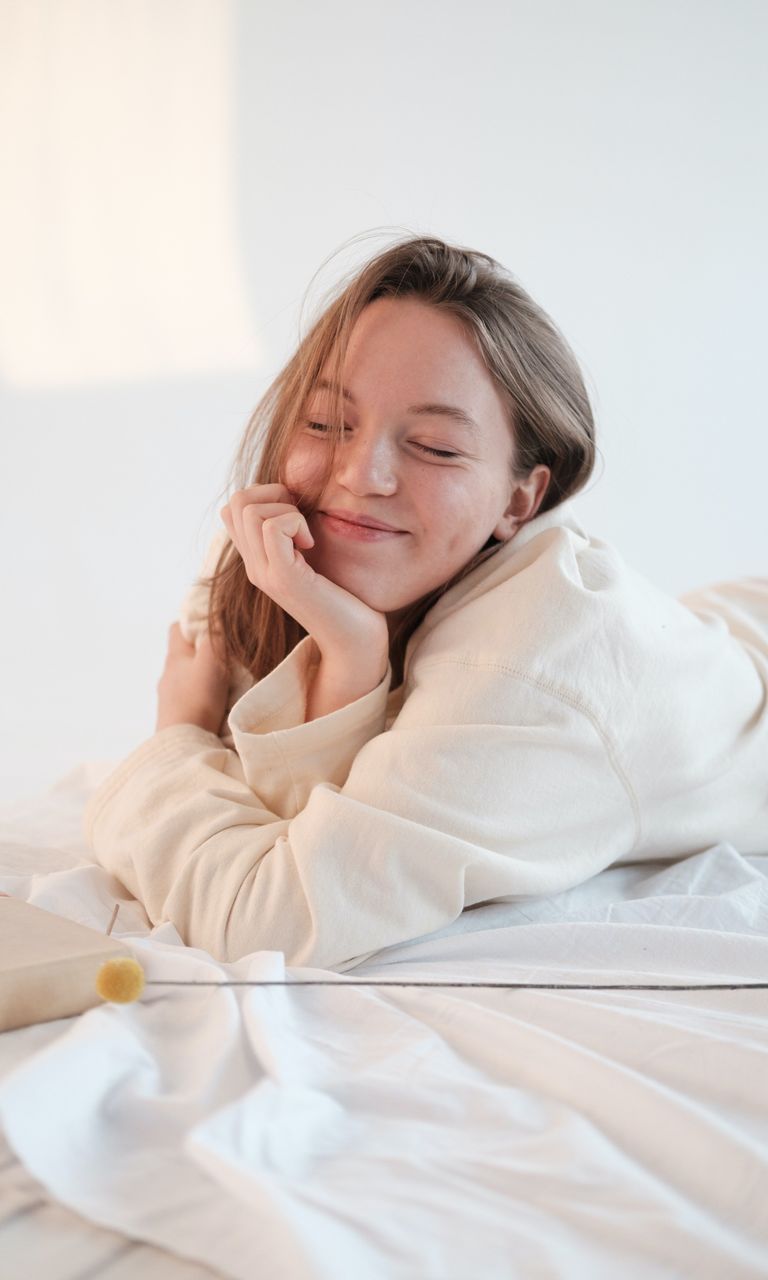 And the boys never broke their promise. They helped around the house, studied hard, played with their sister, and protected her as only big brothers could do. The money was kept exclusively for Ella’s needs, but when she turned 18, she divided it between the twins and her parents after hearing the entire story of how she ended up with them. The twins had taken her in, not caring about anything but keeping her safe. And although they were struggling, Kiara and Jackson welcomed her.

“You all deserve it. You’re my family. Simple as that,” she said, and Kiara smiled.

Sometimes, you’re rewarded for the kindness you give away. The twins and their family took in a little girl and received a tremendous amount of money.
Being rich doesn’t mean you’ll be better off. Although Kiara and her family didn’t know everything, there’s a reason why Mrs. Carino gave them her child instead of leaving her with her family. Therefore, money is not everything.