Pat Sajak, 75, the longtime host of America’s Game or Wheel of Fortune, has come under attack from the “woke” mob after he asked Vanna White, 65, a personal question. The question occurred during the Wednesday night episode and earned Sajak a bunch of groans from the Wheel of Fortune studio audience. However, people watching at home took his sexualized question the wrong way and proceeded to bash Sajak for harassing Vanna White while the pair were hosting the show.

The bizarre question came after contestant Ashley Fabian, a professional opera singer, won $67,410 in cash and prizes during her appearance on the show. Because the winner had been an opera singer, Sajak figured he would speak about opera with his co-host while the credits ran and the show wrapped up. 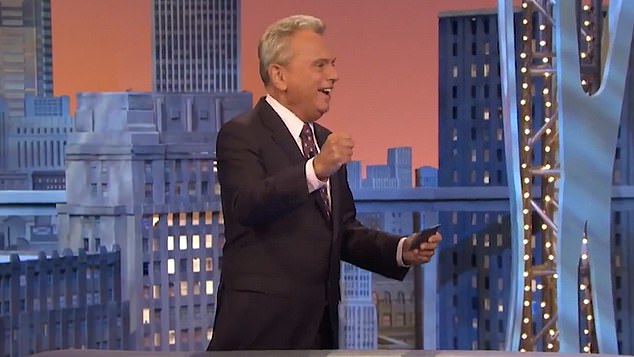 “Are you an opera buff at all?” Sajak asked White.

“Have you ever watched opera in the buff? I’m just curious,” Sajak followed up.

The studio audience reacted with a few laughs and a whole lot of groans.

White, who is always professional, maintained her smile while shutting Sajak down. She firmly told him “no” and used a tone that made it very clear to Sajak that he should not pursue the line of questioning anymore at all.

Social media erupted in a conversation about Sajak’s borderline harassing question on the TV show.

“I feel like I just witnessed a #metoo moment on Wheel of Fortune?” wrote one Twitter user.

“My wife and I looked at each other, and we were like, what did we just hear?” another contributed to the site.

“Did Pat Sajak just ask Vanna White if she watches the opera naked?” asked a third.

“Dude is trying to keep the thrill alive for this job any way he can. I’m amazed he hasn’t resorted to torturing contestants during the show,” said one more.

“I feel sorry for Vanna for having to stand there and smile through Pat’s ‘metoo’ comments. He thinks he’s funny, but he is totally inappropriate. Children watch this show and see this. He needs to go ASAP,” tweeted one former fan.

“Wheel of Fortune, someone please replace this man. Pat Sajak is absolutely inappropriate in asking Vanna White if she’s watched opera naked? Are you serious? Gross,” wrote an outraged fan.

“‘Have you ever watched opera in the buff?’ Pat Sajak (said) to Vanna White. When did this game show turn into Wheel of Fortune After Dark?” another critic wrote in.

One person felt that Sajak’s joke was hardly unique and that as a generation, Boomers are inappropriate.

“Boomers are the target audience for this program. They think the behavior is funny & completely acceptable. Wheel is out of touch with the younger audiences & their views,” one woman asserted.

“Not very appropriate and cringe? Yes…. Cancelable? No,” another wrote.