A night shift waitress decides to take time off to sit with a sad old man who was eating a slice of cake alone on his birthday. When the man left the restaurant, she discovered a $50,000 tip addressed to her, causing her to search for the man.

An elderly man entered a busy restaurant during dinner time and ordered just a piece of cake. “Will that be all, sir?” the waitress, who introduced herself as Annie, asked him.

“Yes, dear. It’s my birthday today, and my wife and I used to eat this cake together when she was still alive. I don’t want to break the tradition,” he smiled softly.

Annie was saddened by the old man’s response. “Happy birthday, sir!” she greeted him. “Will anybody else be joining you?” 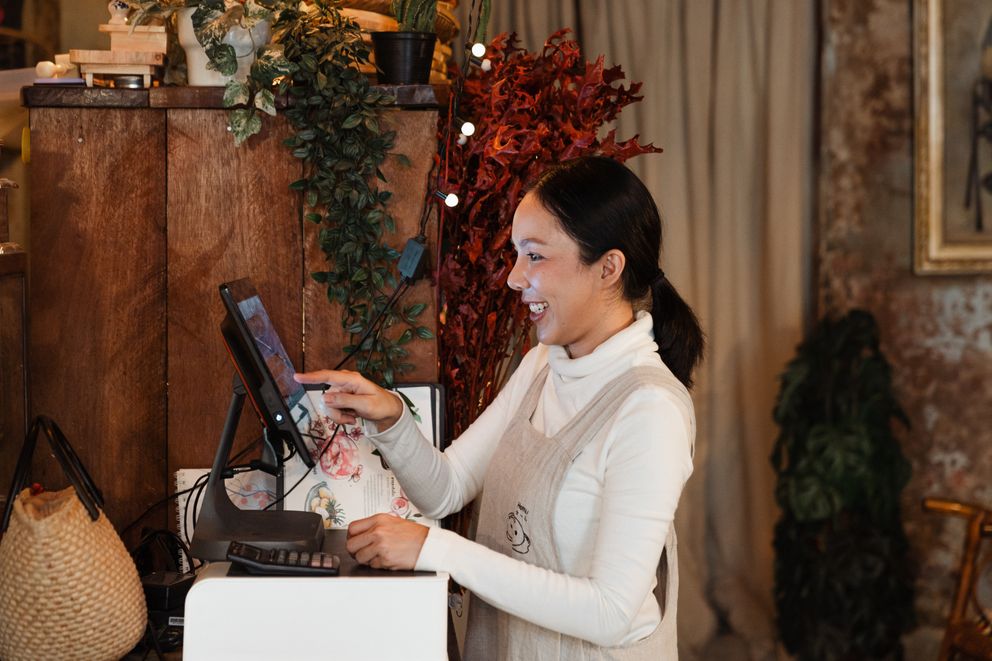 The man shook his head. “My only son James has not responded to any of my invitations for years. I guess it’s because his IT business has taken off and he no longer needs me. It’s been quite a lonely day, so I came here to be reminded of my wife’s love. This was her favorite restaurant.”

The waitress felt sorry for the old man and asked for his name. She wanted to make sure the man got a whole cake with a dedication written on it.

“My name is Dean,” the old man replied.

“Dean, I’ll be right back with your cake. Give me a minute,” she smiled, rushing to the kitchen to request a whole chocolate cake from the pastry chef. 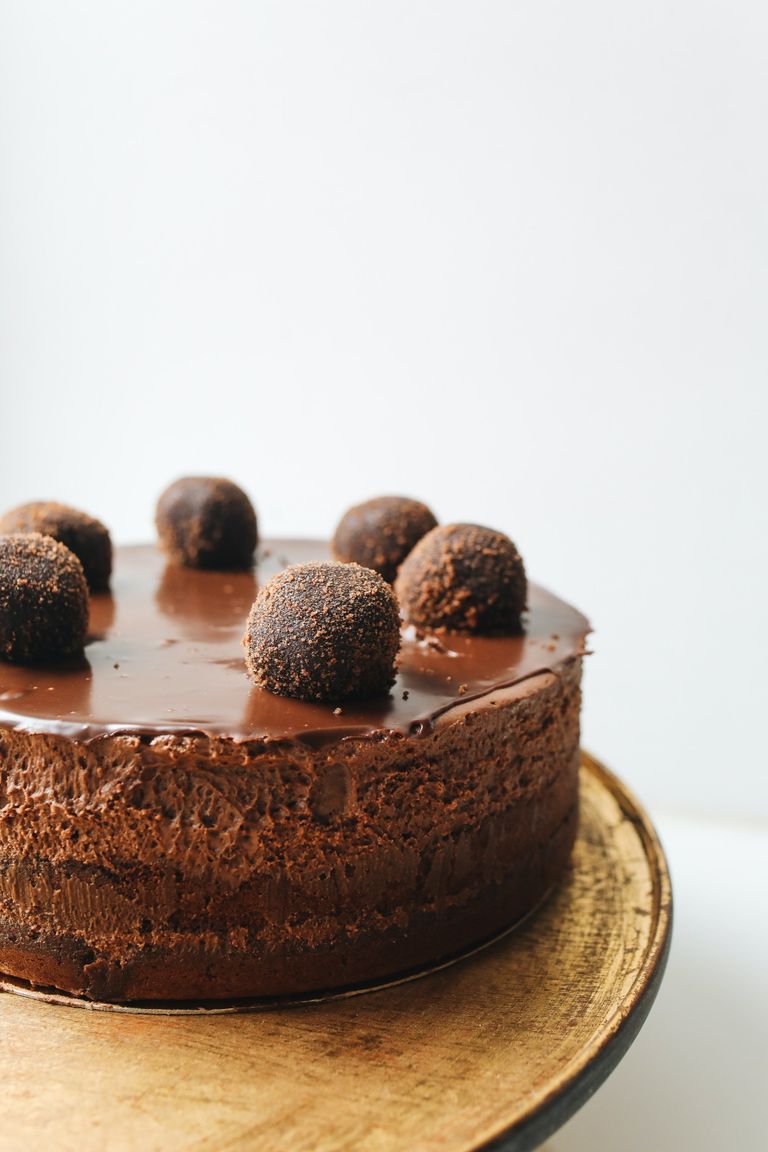 When the cake was ready, Annie invited the rest of the restaurant staff to join her in singing for Dean. They sang the “Happy Birthday” song, and Dean’s eyes lit up when they did.

He savored the moment, listening to the staff sing him the tune. He had the biggest smile on his face, and he couldn’t stop saying thank you.

“Happy birthday, Dean,” Annie said, placing the cake right in front of him. “Make a wish!”

As Dean closed his eyes to make a wish, Annie sat on the chair in front of him. She told him she’d keep him company because she believed no one deserved to be alone on their birthday.

“Thank you, Annie,” Dean said with watery eyes. “I haven’t had anyone else sing me a happy birthday before, except my wife. It’s been quite difficult without her here, and because of you, I can somehow feel her presence with me. Thank you.” 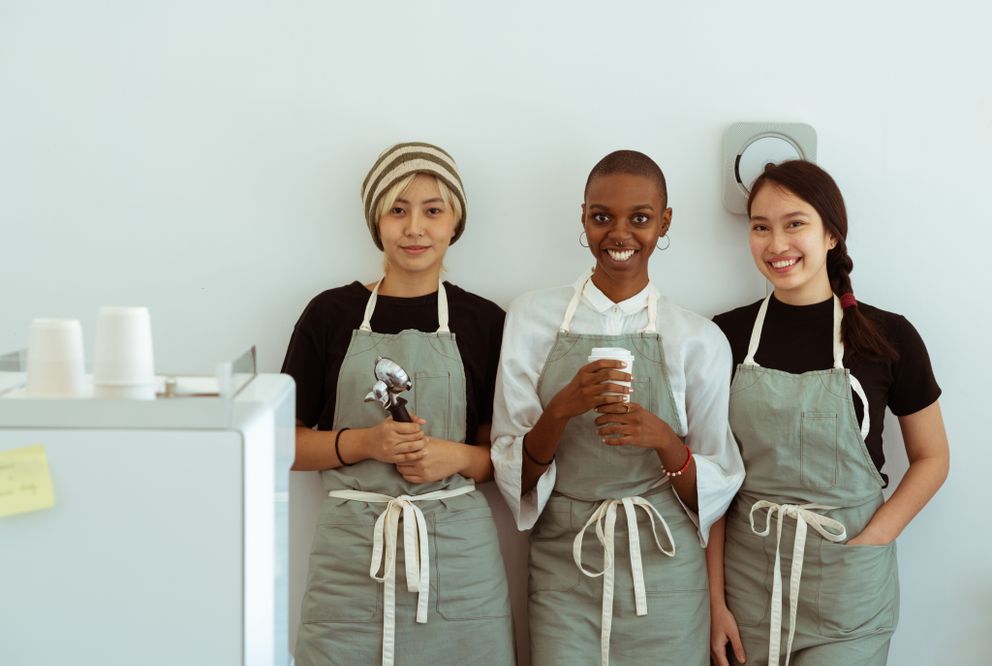 Annie smiled and watched Dean enjoy the chocolate cake they gave him. “My wife loved this cake. We used to have it on every special occasion,” he shared.

“That’s so nice to hear. This is our best-selling cake, and I’m happy it made you and your wife so happy. Today, it’s on the house,” Annie said.

Annie was not well off, but she felt a sudden urge to do something kind for someone else that day. She decided she would pay for the cake herself, even if it meant bringing home a little less of her paycheck.

“Oh, that is not necessary, dear,” Dean refused. “I will pay for the cake.”

“No, sir, it’s on the house,” Annie insisted. “Don’t worry about it and have a happy birthday.” She smiled before standing up to hug Dean. 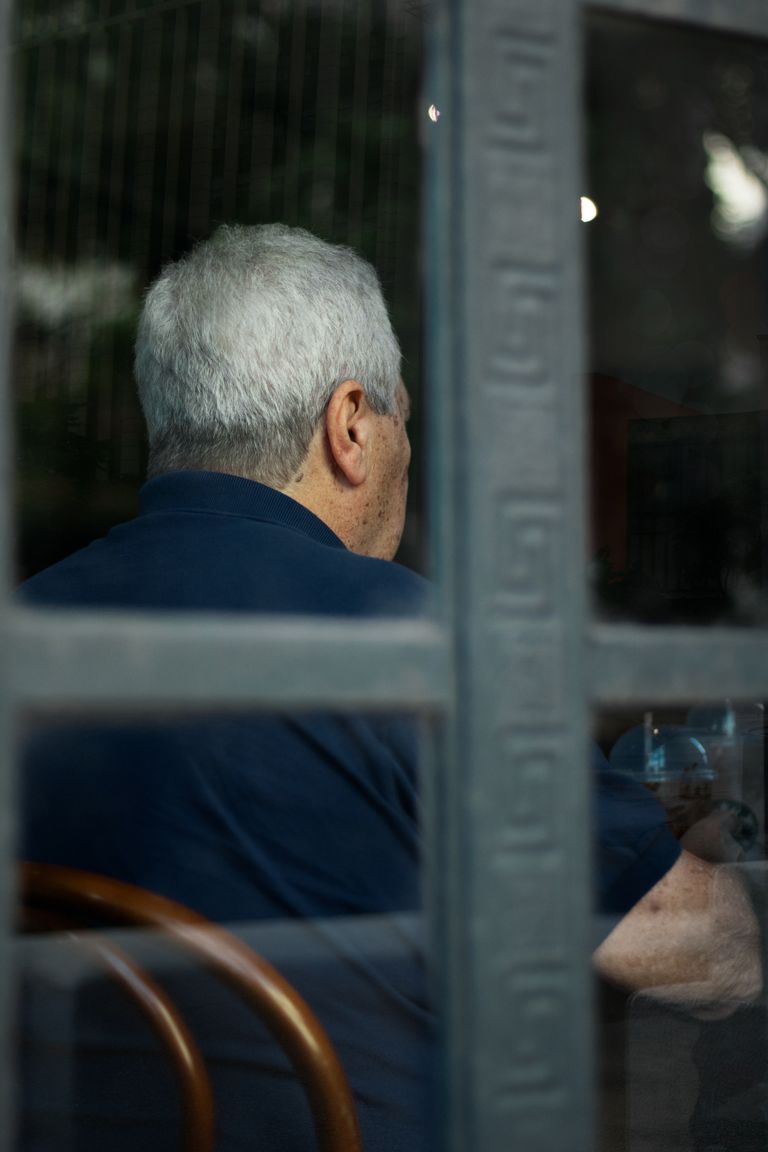 “I have to get back to work now, sir, but if you need anything, please just call me and I’ll be right at your table,” Annie told him. Dean nodded and took another dig at his cake.

When Dean finished, he asked for a takeout box for the rest of the cake. And before leaving, he thanked Annie again and waved goodbye.

While Annie was cleaning up the man’s table, her eyes widened in shock. She found a check for $50,000 under his empty plate! There was a note written on the napkin beside it, which read: “Thank you for giving me a wonderful birthday. This is my tip and my thanks to you.”

Annie couldn’t believe it. Although she needed the money to help pay her bills as a single mother of two, she could not bear to accept it.

She tried to run outside, but Dean was nowhere to be found. Then she remembered what he said about his son James’ IT business, so she searched for it. 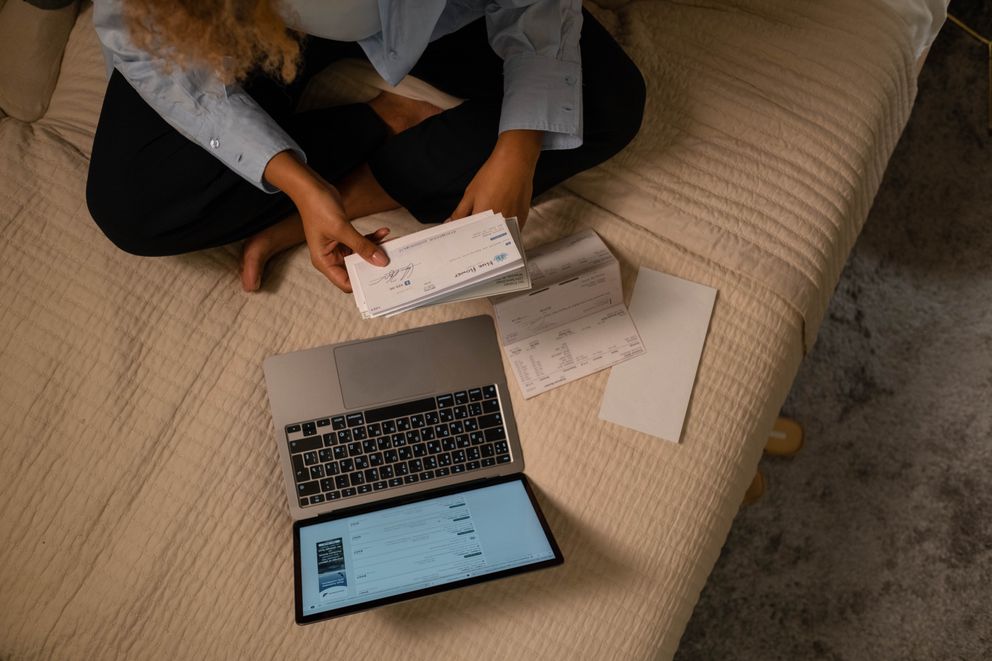 Annie ended up calling several IT companies in their state, hoping it would lead her to one owned by a man named “James.” After over 30 attempts, she finally found a man who fit the description.

“Sir, your kind father gave me a fifty thousand-dollar tip after I gave him a free cake on his birthday. I would like to return the money to him,” Annie revealed.

Upon hearing “fifty thousand dollars,” James was suddenly interested in what Annie had to say. “I’ll be right there, and we can go to my father together,” he said before putting down the phone.

After a short thirty minutes, James arrived at the restaurant. “Thank you for being so kind to my father,” he told Annie. “He must have started to feel sentimental again, which is why he suddenly tried to give you such a large amount of money.”

When they arrived at Dean’s place, he was very surprised yet happy to see his son. “James, you finally visited!” he said, rushing in for a hug. “I thought you had forgotten my birthday.”

“Dad, I’m here because Annie contacted me. She said you gave her a fifty thousand tip. Why did you do that? It’s a good thing she wants to return it. I could’ve used that money instead. Don’t you want to help your son?” 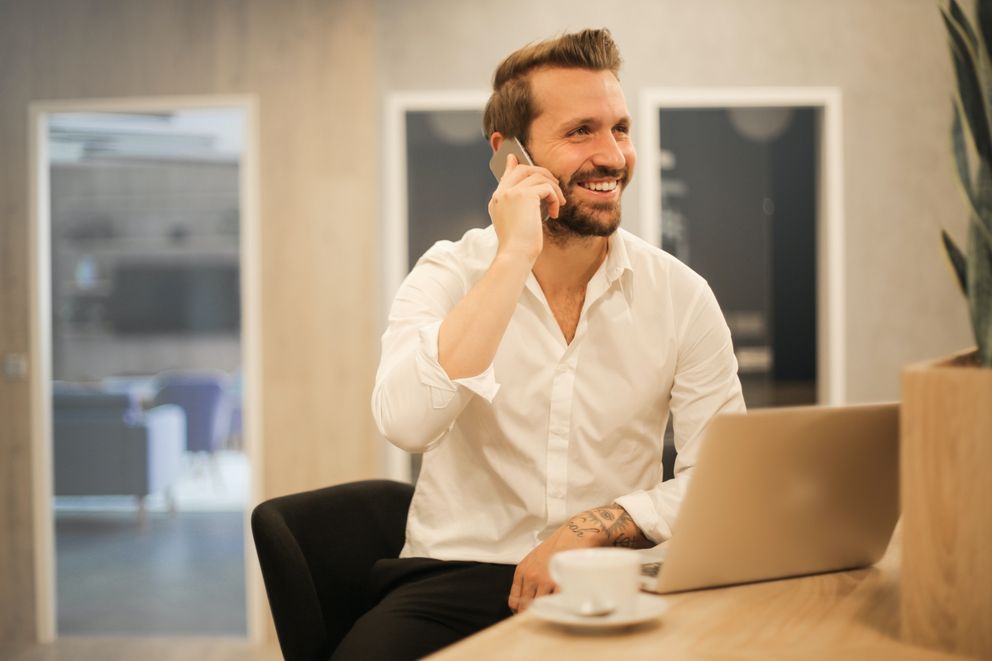 Dean was furious upon hearing this. “And here I was thinking you had finally decided to spend some time with me. Yet you’re here for money? The last time I saw you, I gave you a million dollars to start your company. Now, you’re trying to get the fifty thousand tip I gave somebody? How dare you!” he scolded his son.

“My company is about to go bankrupt! This fifty thousand could really turn things back around for me! Don’t you want to help your son? What kind of father are you?!” James shot back.

“I think the right question is, ‘What kind of son are YOU?’ You only come to me every time you need money. Where were you when your mother died? And where were you every holiday that your mom and I spent together, without you? I am under no obligation to help someone who has no interest in being in my life!” Dean said angrily. 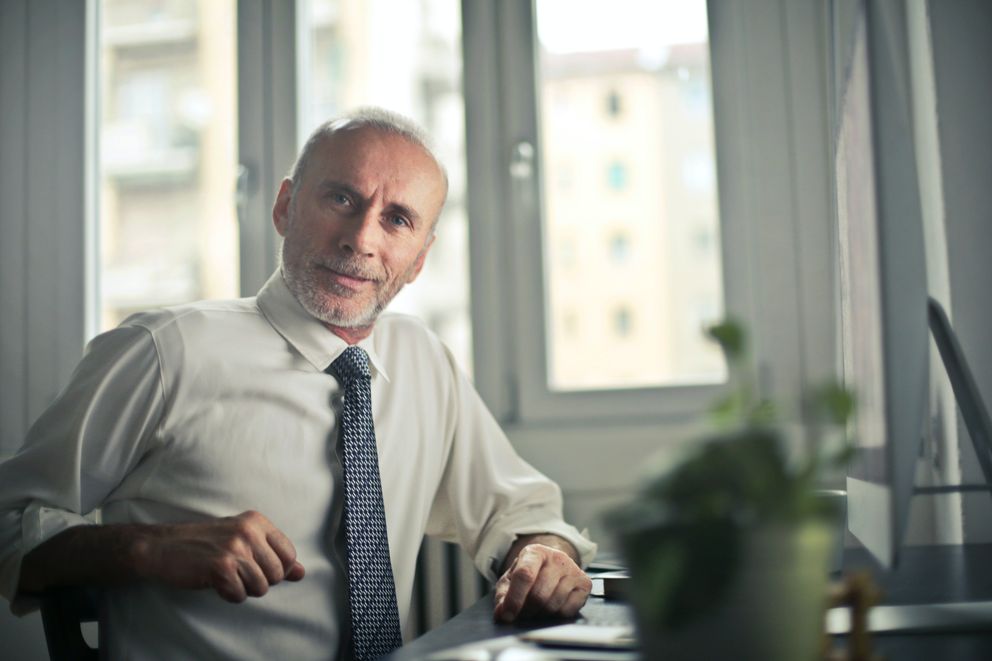 The old man kicked James out of his house and asked him never to come back if he had no plans of being in his life. And when James left, he turned to Annie. “I’m sorry you had to see all of that.”

Annie shook her head. “I’m sorry that your son treated you that way, sir. That’s no way to treat your own father,” she told him.

Dean shrugged. “I don’t know what my wife and I did wrong. He was such a kind boy. Money must have changed him. But look… that money, it’s yours. I am not going to take it back,” he told Annie.

“I can’t possibly accept this, sir,” Annie insisted. “This is way too much.”

“That night at the restaurant, Annie, that was the first time I’ve smiled genuinely since my wife’s death. That wasn’t the first night I’ve seen you, too. Every time my wife and I visited, you were always so kind and welcoming towards us, and I’m never going to forget that,” he explained. 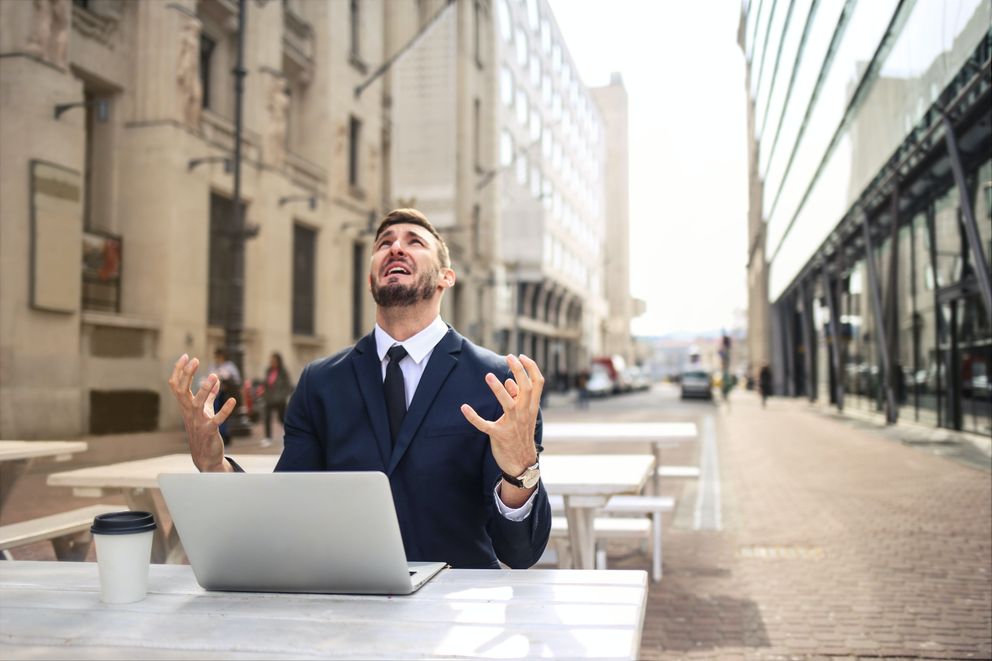 Annie felt guilty that she had not noticed Dean and his wife before. She always just saw her work as something to earn money from, but now, Dean gave it a whole other meaning after making her realize that their customers actually noticed their efforts to give them good service.

That night, Annie and Dean had dinner together, and there she explained that she was a single mother to two children. “I’ve been struggling with the bills recently because everything has gotten more expensive,” she admitted. “This money is heaven-sent, and I don’t deserve it, sir. I’m ashamed to accept it.”

Dean shook his head. “There is nothing to be ashamed of. Please, think of it as a gift to your children. Don’t worry about it,” he assured Annie.

“I would like for you to meet my kids. Would you be so kind to come to the restaurant tomorrow? I will treat you and the kids to lunch,” Annie offered.

Dean couldn’t help but smile. “I would love that. Thank you, Annie.” 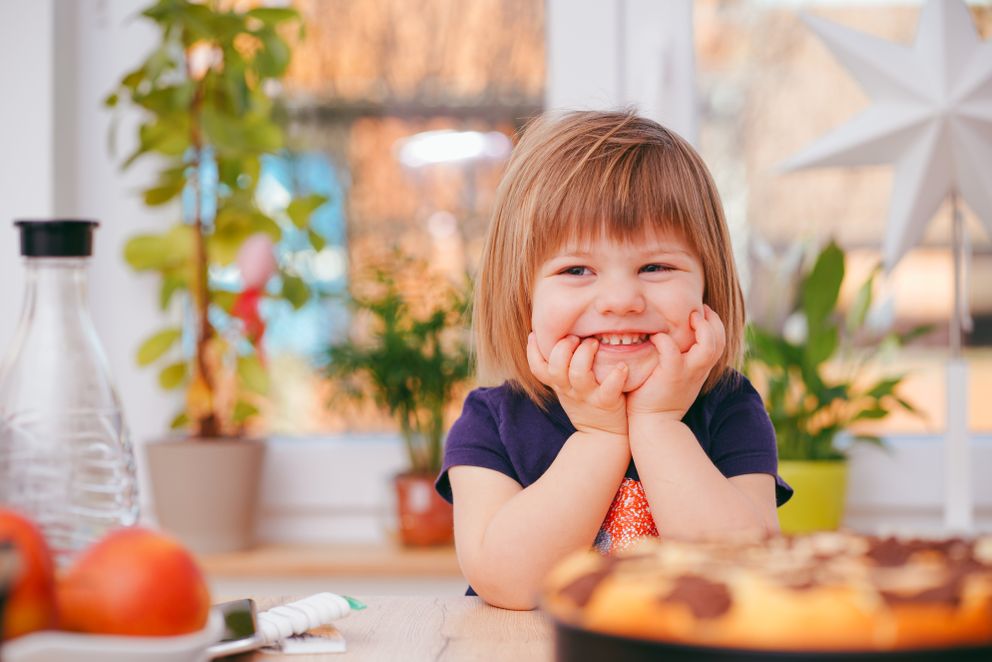 The following day, Dean happily made his way to the restaurant. He had not interacted with kids in a long while, so he was looking forward to meeting Annie’s.

When he got there, Annie introduced her to her two kids, Leon, 8, and Ara, 4. The two of them hugged Dean and called him “grandpa” in an instant. It melted his heart and made him extremely happy.

That afternoon, while Annie worked, Dean sat with her children. They exchanged stories, and he fed them their meals. By the end of the day, they were inseparable.

“Mom, are we going to see Grandpa Dean again tomorrow?” Leon asked his mom before they headed home. “I told him I’d show him my artwork!”

Annie smiled at Dean apologetically, not wanting to overstep. However, he quickly replied, “I would love to see you two again! Same time tomorrow?” 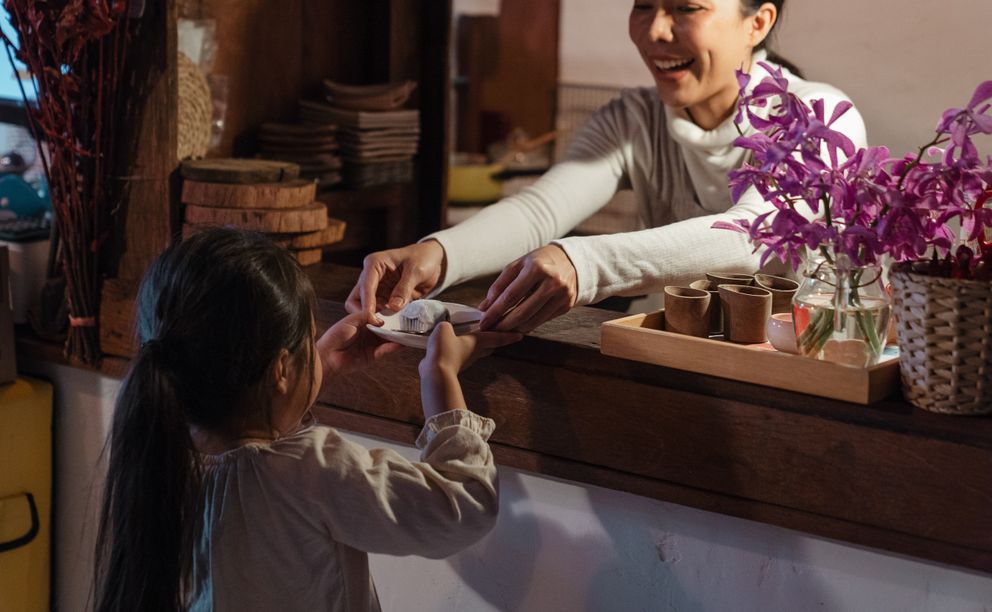 Annie laughed and shook her head. “You can see Grandpa Dean as much as you want,” she told her kids. “BUT! It has to be up to him. You can’t be bothering him when he doesn’t want to be bothered.”

Dean smiled. “That’s nonsense. You’ll never be a bother to me. We can play as much as you want,” he told the kids.

Little did Annie know, that day was the beginning of a beautiful friendship between Dean, herself, and her children. They became very close and thought of one another as family.

Until the end of Dean’s life, he never had to feel alone, nor did he feel unloved ever again. He celebrated every birthday, every Thanksgiving, and every Christmas with Annie, Leon, and Ara, who all loved him dearly and treated him like family.

“Thank you for being there for me,” Dean told them during his final moments. He had fallen ill. “You never left my side, even during these trying times.”

“We love you, Grandpa Dean. You are family to us. Please never forget that,” Leon said as he and Ara embraced their Grandpa Dean one last time.

People recognize and appreciate your efforts when you do your job well. Annie always made sure to do her job as a waitress well. She didn’t realize it, but she left a mark on some of the people she served, including Dean and his late wife.

Don’t abuse people’s kindness towards you. James believed his father would always be there to give him money whenever he needed it, only for him to realize that his dad had enough of his abusive ways.