Walmart Worker, 82, Can Finally Retire Thanks to a Stranger Who Raised Over $100K, and His Life Story Gave Us Goosebumps

After a certain age, every person deserves to retire if they want to, but, unfortunately, not everyone is lucky enough to have that option. And at the age of 82, Butch Marion was still working about 30 hours per week to support himself. However, thanks to a stranger’s big heart and kindness, Mr. Marion is finally able to rest after having worked for 71 years of his life.

The coincidence that transformed his life 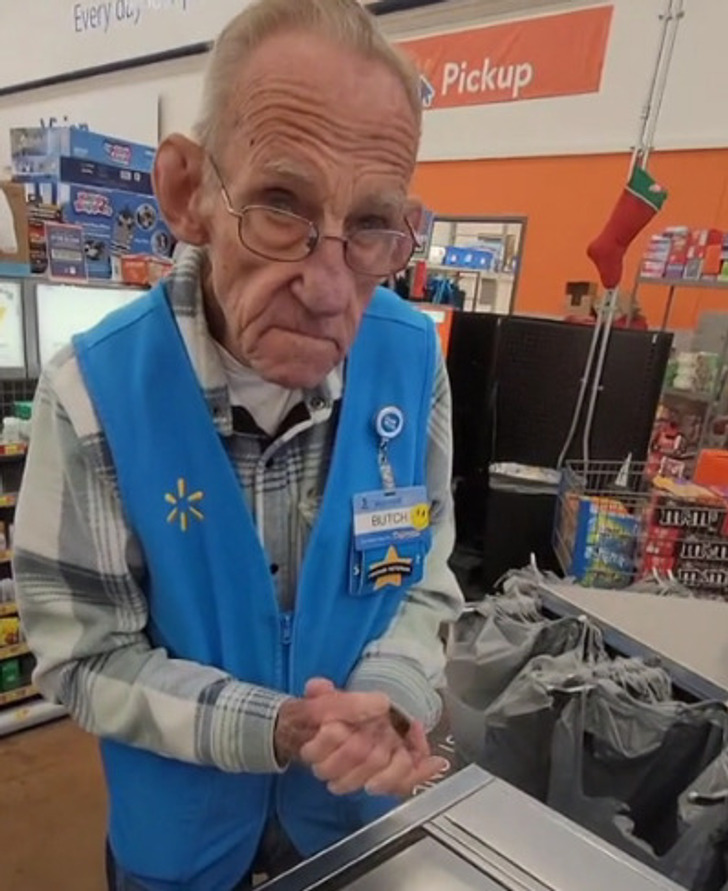 53-year-old Rory McCarty met 82-year-old Butch Marion when he stopped at Walmart to buy a couple of packs of batteries, but little did he know, this would be the start of a life-changing event for the old man. In fact, when Rory saw how advanced in age his cashier was, he was determined to do something to change his reality.

On December 17, Rory posted a video on TikTok of him telling Butch about another elderly working lady for whom online users were able to raise money. He then told the man, ’’Now imagine that someone raised that kind of money for you!’’ And thanks to this video, people were able to discover the old man, and they definitely sympathized with him.

So when Rory decided to set up a GoFundMe for this elderly cashier, online users were very generous and many people wanted to help and support the hardworking man. And in just 2 days, they were able to raise $108,000 for Butch. 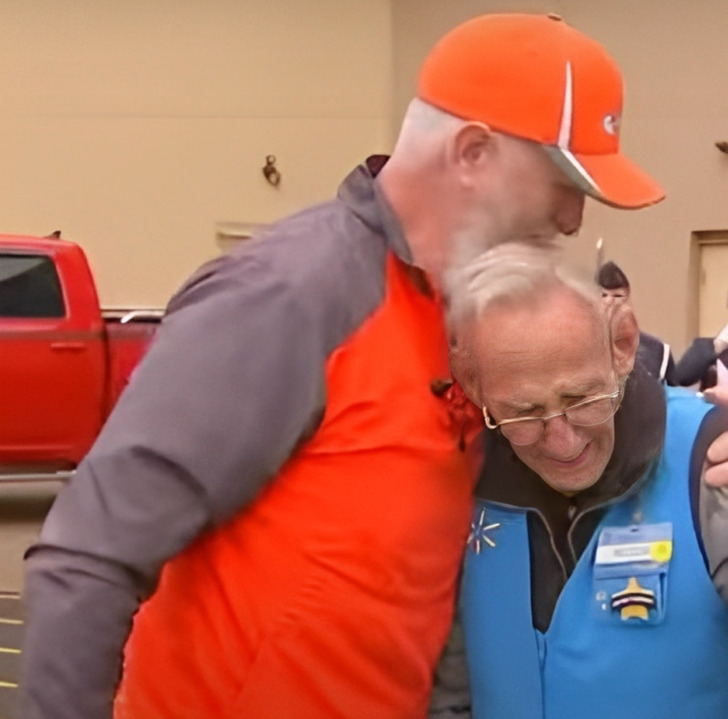 So on December 18, Rory went back to Walmart to give him the wonderful news. He waited for Marion in the parking lot and presented him with the check. Mr. Marion didn’t believe his eyes and asked, ’’This is real? How did I get so lucky?’’ Rory said, ’’I love you, man,” and Marion replied, “I love you too.”

The hardworking cashier also thanked the nearly 4,500 people who donated, saying, “Thank you very much from the bottom of my heart, and I mean that sincerely. You’ve just made me overjoyed.’’ He even described this happy event as a ’’Christmas miracle.’’

A lifetime of hard work 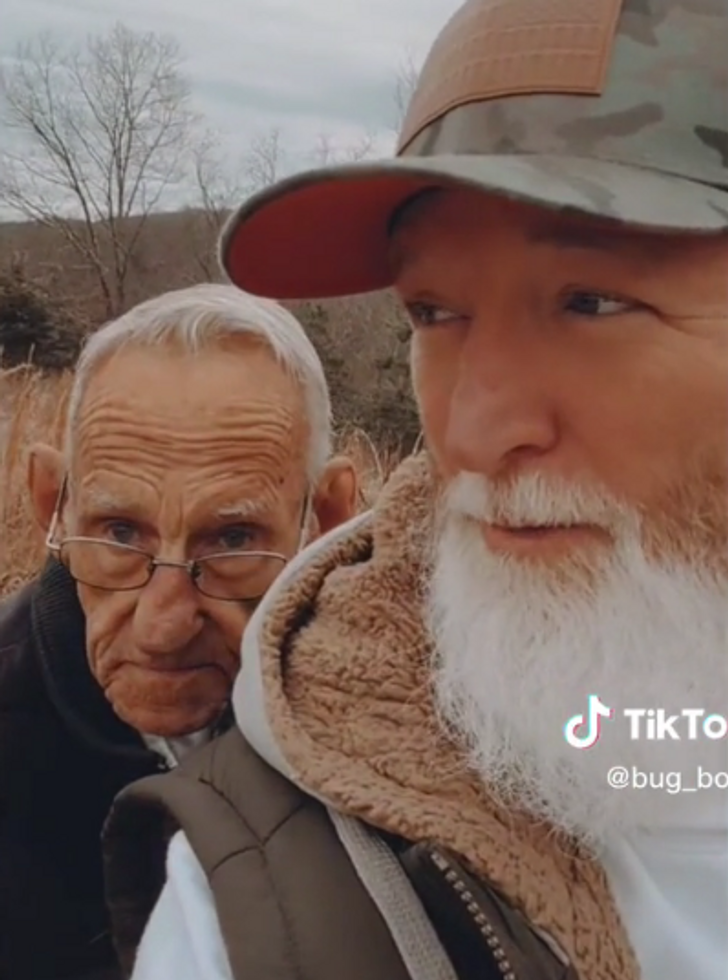 At 82, Butch truly deserved to retire and get some rest. The old man explained that he started work at age 11. 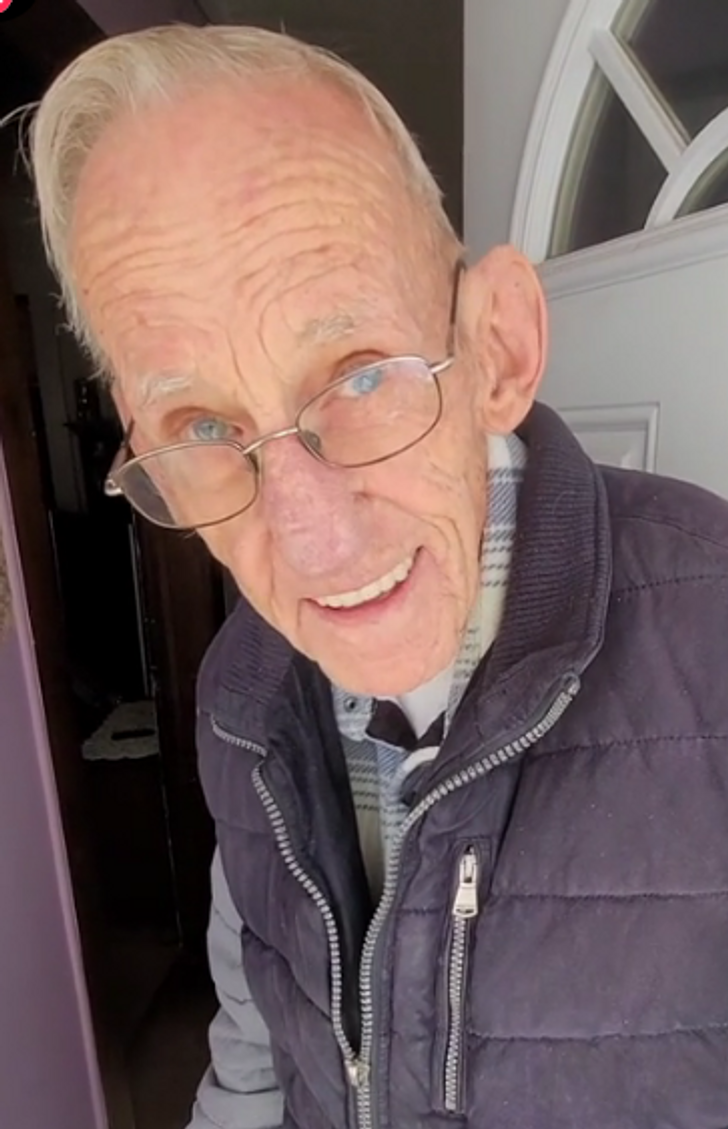 Thanks to the generosity and support of Rory and all the people who raised money for him, Butch feels like “a new man” and even expressed his joy by saying that he feels like a “bird out of a cage.”

Butch explained that he will use the money to pay off bills, do some work around his house, and visit his daughters and grandchildren whom he hasn’t hugged in years.

Do you often do good deeds? What was the most surprising and kind act that you received from a stranger?