‘We are so excited’ : Woman who helped with war efforts during WWII celebrates 100th birthday

VIDOR, Texas — Family and friends of a woman who helped with war efforts during World War II gathered to celebrate a party that was a century in the making.

Wanda Godeaux celebrated her 100th birthday on Saturday. A party for her was held at the Our Lady of Lourdes Catholic Church in Vidor.

“There were 24 table, and everyone one of them was full, so we are really excited,” Crawford said.

Godeaux was born in Orange and spent most of her life in the Golden Triangle. One of the exceptions being when she went to San Diego to support World War II efforts.

Crawford said during World War II, Godeaux was a Rosie the Riveter. She helped to build planes for the war effort.

“She won’t tell you what kind of plane,” Crawford said. “She’ll say it was a big silver plane.” 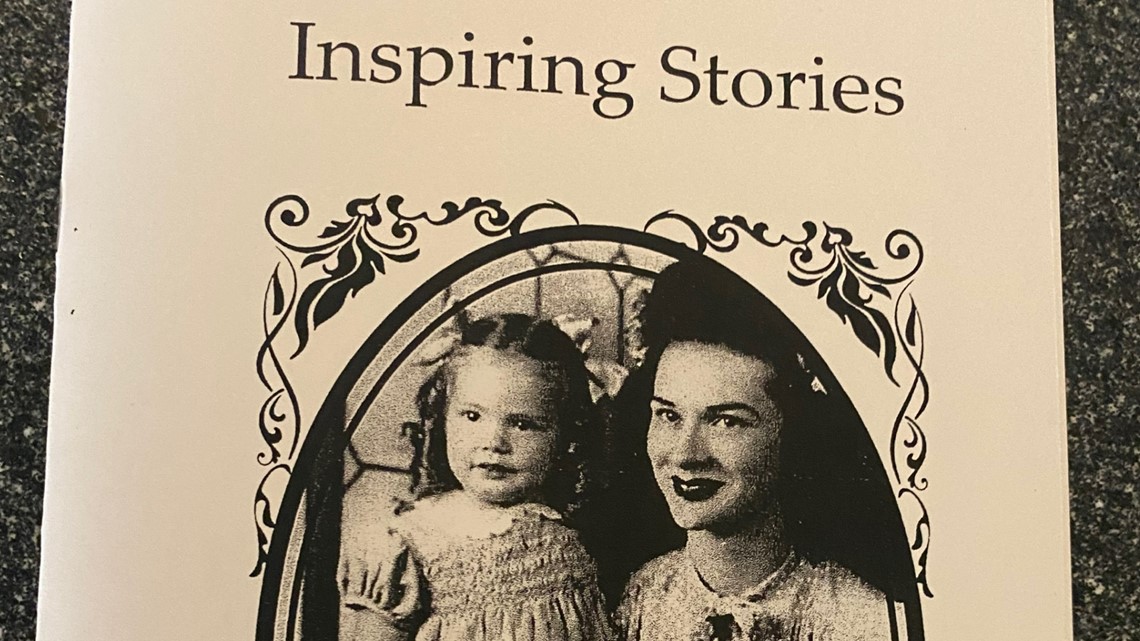 Godeaux wrote a memoir about the war, her travels, and the Great Depression. That memoir was accepted into the Stark Museum of Art in Orange.

That doll will be accepted into the Heritage History Museum in Orange.

Godeaux worked as a daycare teacher in Vidor for many years and was an active member of Our Lady of Lourdes Catholic Church in Vidor. Crawford describes her grandmother as a sweet and good person.

“She is the most positive person I have ever known,” Crawford said. “She is the kind of person that she prays and gives everything to God, and she believes God is going to take care of her.”

Just like her favorite song, Godeaux makes it through life one day at a time.

“She is always telling us to be giant, to believe that we can do it,” Crawford said. “That has worked for her.”

Godeaux’s family has a great deal of love and respect for her. They take turns taking care of her to show their appreciation.

“Our goal is to never put her in a nursing home,” Crawford said.

Godeaux raised six children in Vidor. Her husband died 19 years ago, and some of his family drove in from Dallas to help her celebrate the milestone that comes once in a lifetime. 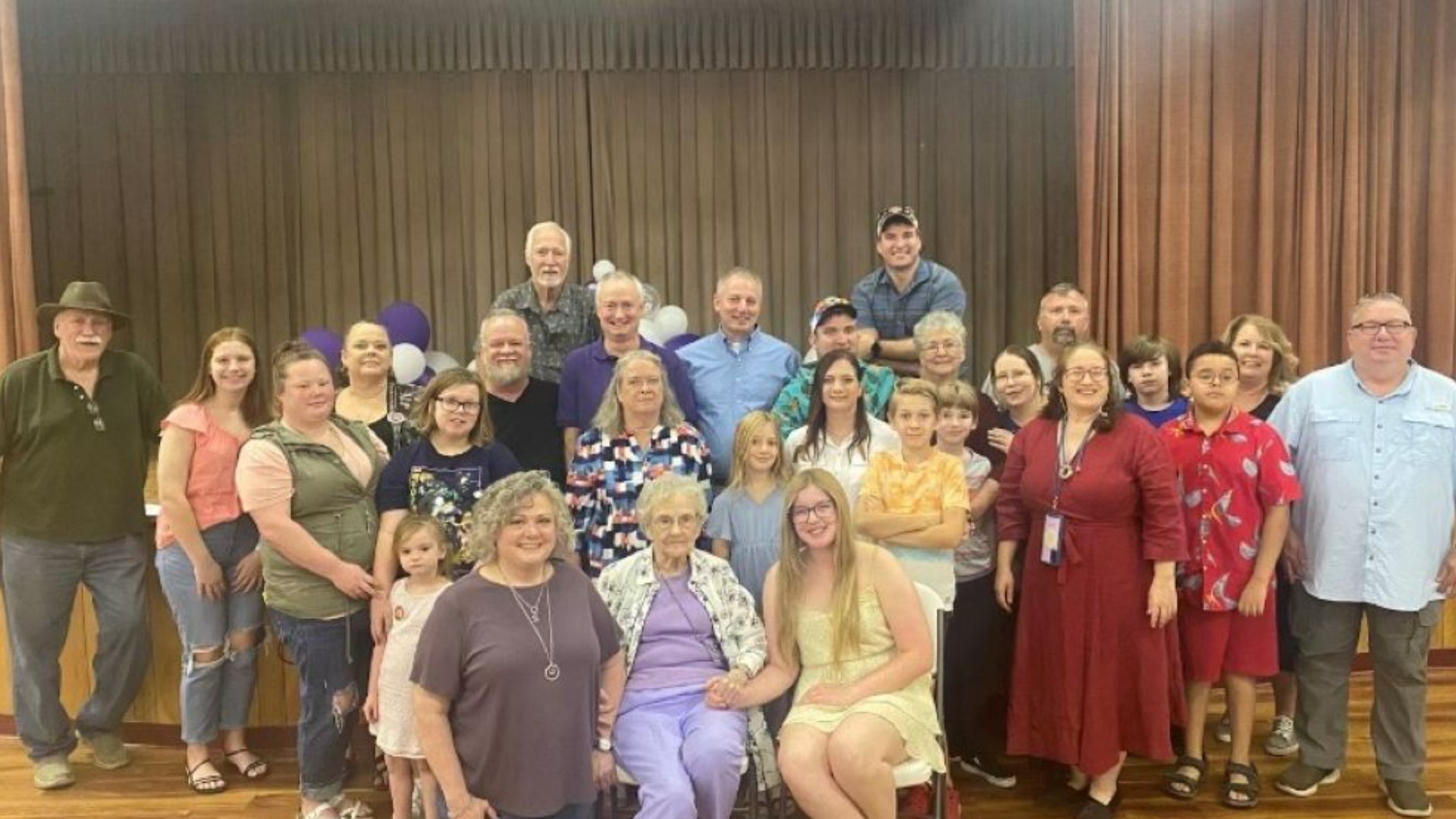 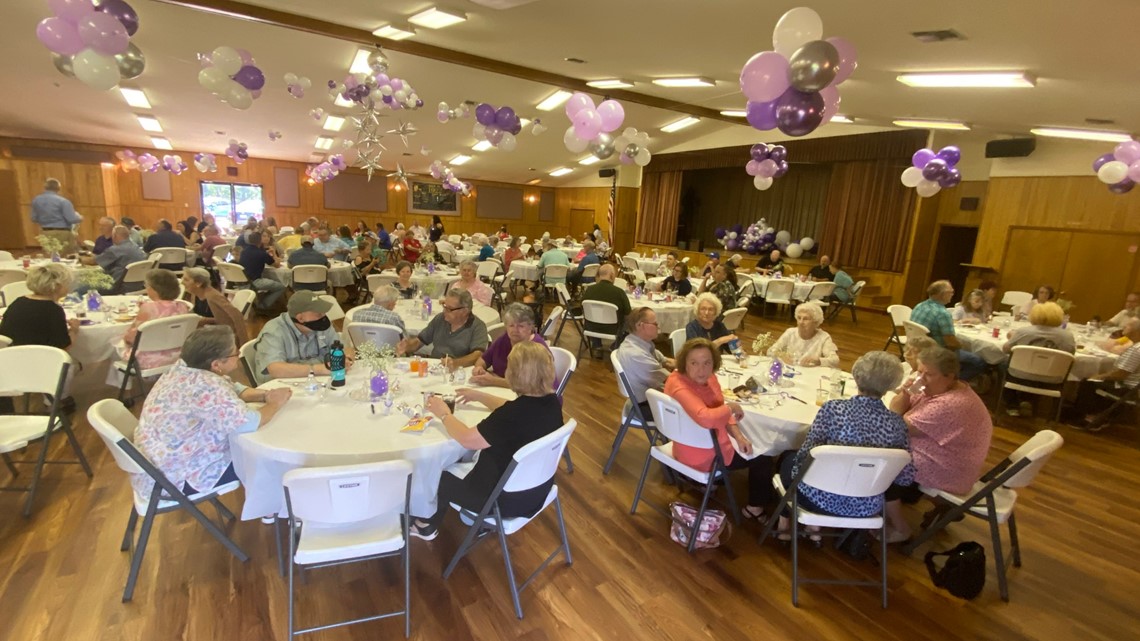 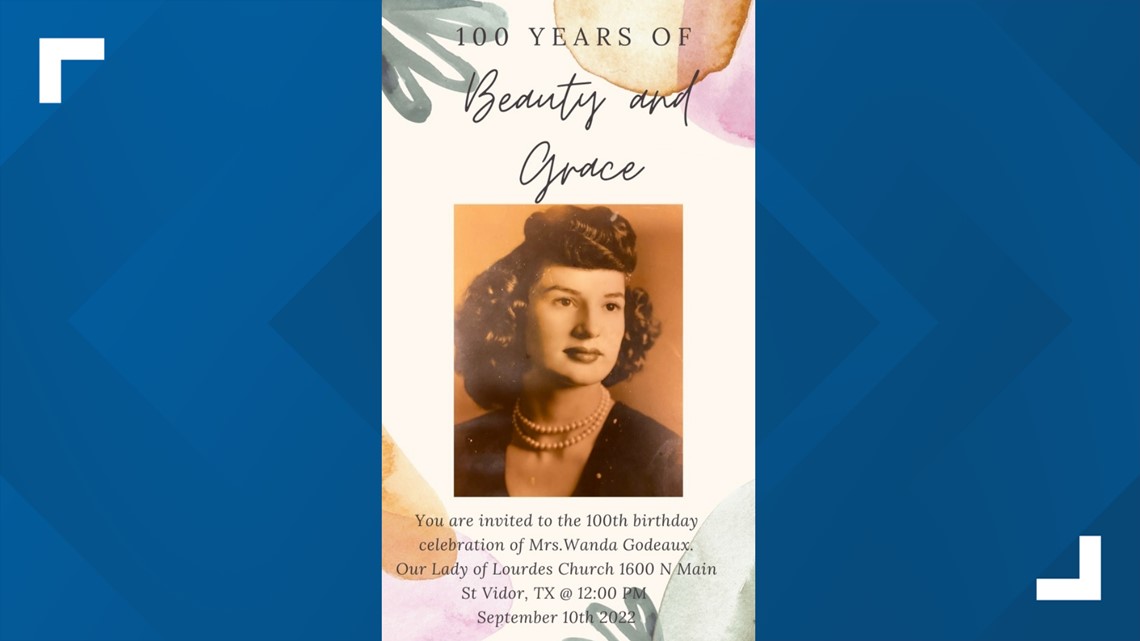 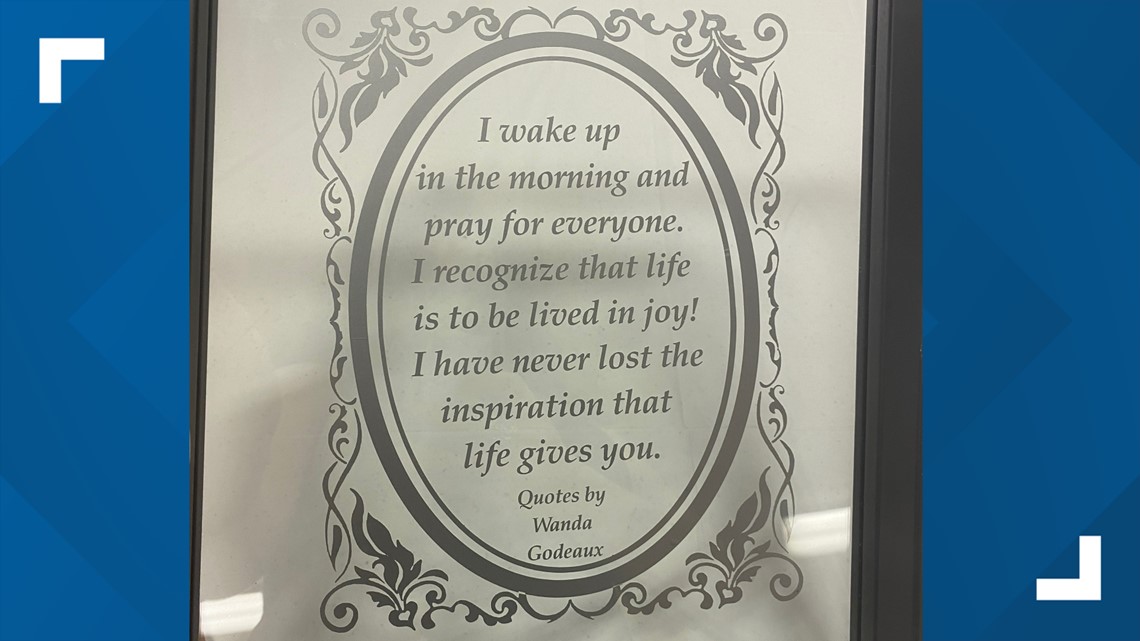 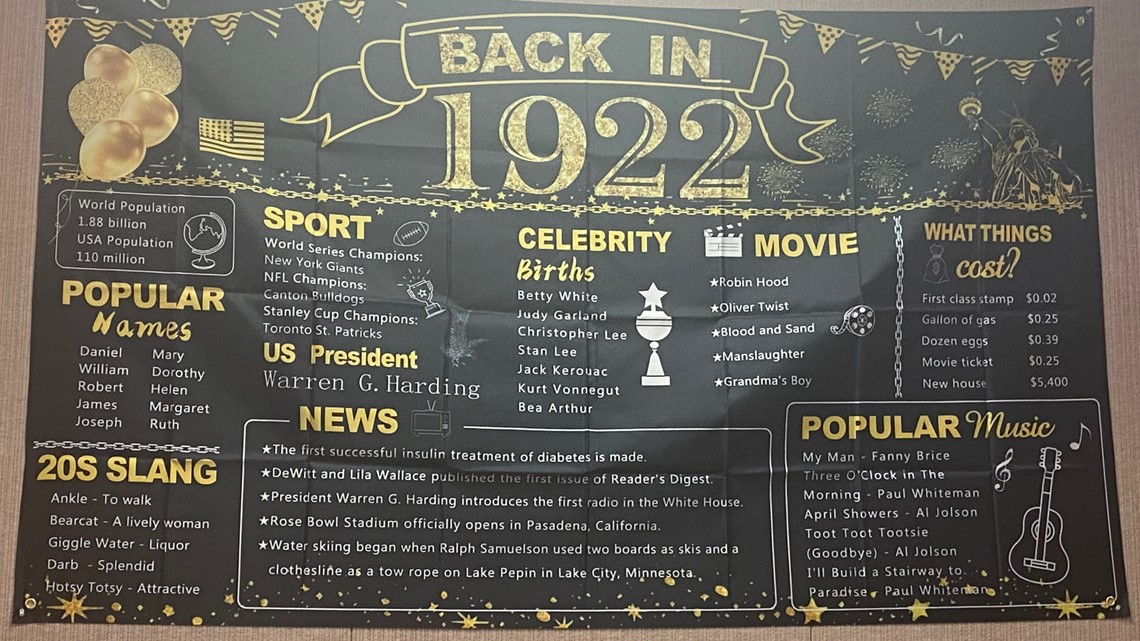