When I Found Out Why There Were A Dozen PVC Pipes Stuck In The Ground, My Heart Broke

Texas has become a barren landscape of desolation and death since the migration crisis began under then-President Trump. Now, a TikTok user has created a video on the Chinese-created social media platform to depict the death that has met many undocumented migrants who have tried to cross from Mexico into the United States of America, seeking a better life under democracy and capitalism.

The dozens of sunken graves in Eagle Pass, Texas, show just how many migrants have passed away during the dangerous crossing from Mexico into the United States. Maverick County Cemetery went above and beyond what was expected of them by marking the graves of the unknown migrants with makeshift crosses constructed from plastic PVC pipes. They have also placed makeshift cards at the bottom of each gravesite, marking it as the resting place of “John Doe” and “Jane Doe,” depending on whether the victim was male or female. 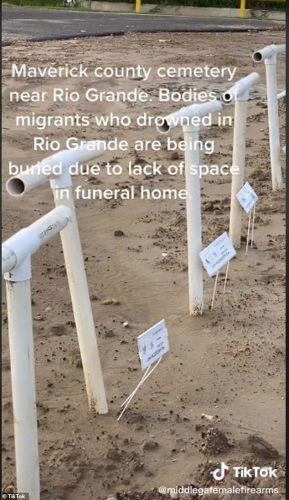 In the viral TikTok video, which has accumulated more than 200,000 views, the user of the Chinese-media company claims that the gravesites belong to undocumented migrants who died trying to cross the Rio Grande into the state of Texas. 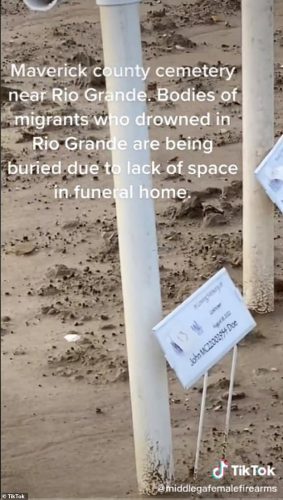 Locals in Eagle Pass are more familiar with the death that has been brought to their local community. They said that the gravesites first began appearing back in August and at least one of the burial sites belongs to a child that was only a baby.

In the TikTok video, the user of the Chinese media claims that Webb County Medical Examiner’s Office is at capacity and the funeral homes in Maverick County and Eagle Pass, Texas, are overwhelmed with the number of dead people appearing at their doors that they have to turn away undocumented migrants and simply bury them in gravesites marked with PVC crosses. 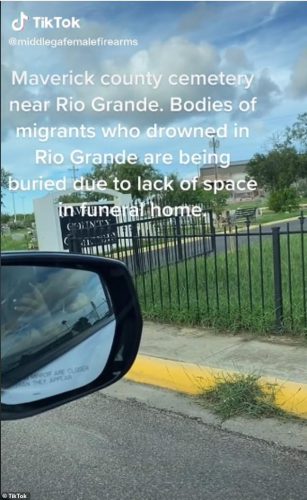 The number of migrants dying during their illegal crossing into the United States has skyrocketed this year under President Biden. Back in June, dozens of migrants passed away after getting stuck inside a tractor-trailer truck that was stopped at the border. The temperatures inside the truck reached a fever pitch, and the migrants hiding inside perished from the extreme heat. 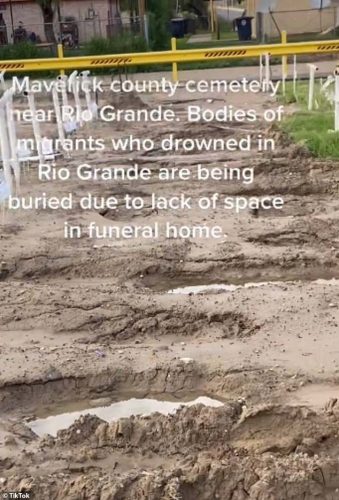 Cemetery workers have plans to replace the PVC crosses with metal ones. Maverick County Judge David Saucedo said that a local individual contributed money toward the crosses for the graves of the unknown migrants who died trying to cross the Rio Grande.

“I believe it’s a humanitarian thing,” the judge said.

What do you think about this makeshift cemetery in Eagle Pass, Texas? Do border agents need more support during the migration crisis?