Widowed Dad Helps Poor Woman at Grocery, Notices She Is a Carbon Copy of His Late Wife – Short Story

A widowed dad helps a poor woman who can’t pay for her stuff at a grocery store and is frozen in place when she faces him. She’s a carbon copy of his late wife.

Life is full of unexpected twists and turns. It surprises us when we least expect it and leaves some scars that even time can’t heal. That’s exactly what Pierce went through when he helped a poor woman at the grocery.

It was a bright, sunny morning when Pierce and his daughter, Layla, were shopping for their monthly supplies at Molly’s Supermarket in Ohio. Three months had passed since Pierce’s wife Amanda’s death, and the daughter-dad duo was gradually returning to normalcy.

But when they least expected things to go wrong, something happened that turned their lives upside down. Life made them cross paths with a young woman who was a vivid image of Amanda… 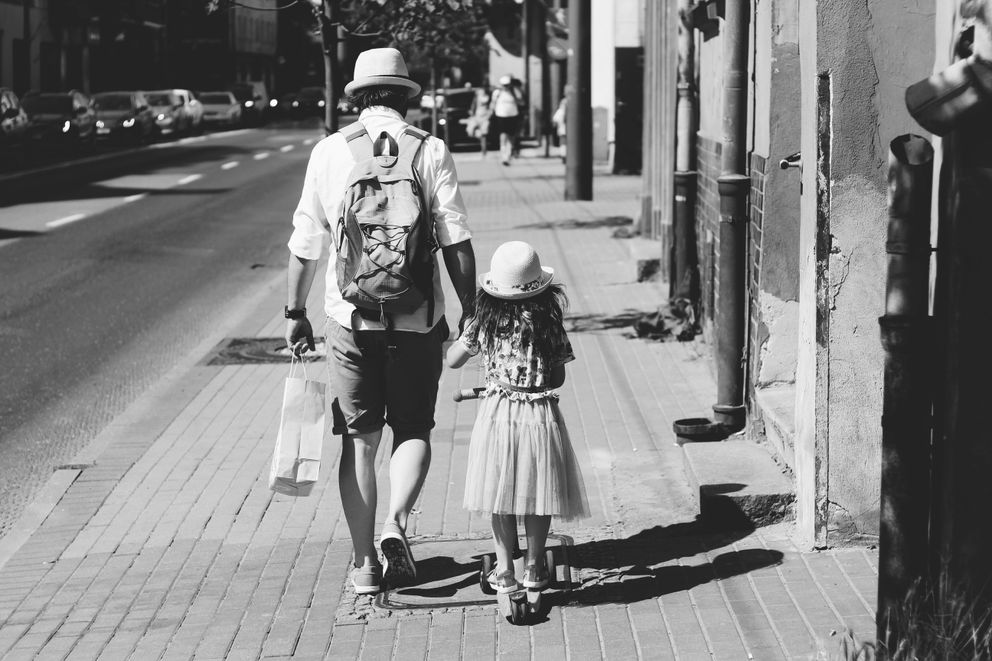 Amanda and Pierce had been together since their twenties, and their married life was bliss. Never once did Pierce suspect his wife of infidelity or having a family outside marriage. They had a perfect life, their perfect family, and their perfect little daughter, 6-year-old Layla. What could possibly go wrong?

But things started going south for Pierce after Amanda died. He was left alone to care for Layla, which was like walking barefoot on burning coal. He knew nothing about raising a girl all alone but had no thoughts of finding a better half as he had closed his heart to love.

“Strangely enough, you look like a younger version of my late wife, and I can’t get myself to believe it. Did you know her?”

As Pierce filled his cart with the monthly supplies and headed to the cashier’s, Layla came running to him with a huge box of chocolates. “Daddy, can we add this too?”

Pierce checked the price of the chocolates, and it was a touch expensive, but he didn’t have the heart to refuse Layla. “Sure, honey. Let’s get them billed. Come on!” 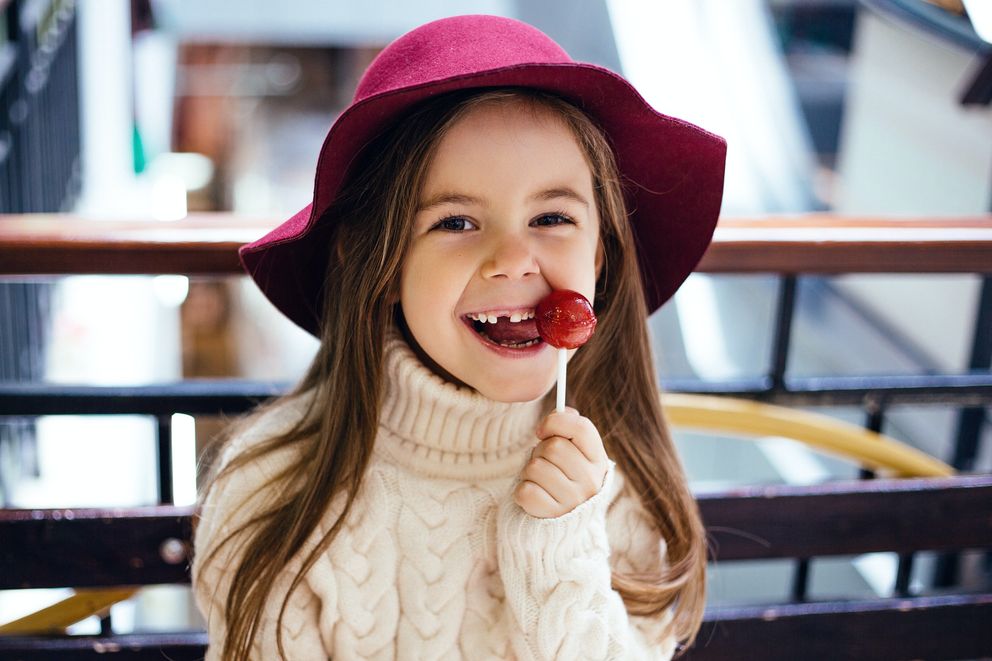 He scooped Layla in his arms and joined the queue in front of the cashier, awaiting their turn.

Soon after, he heard some whispers from the front of the line and peered out to see a thin girl dressed in rags getting grilled by the cashier and other customers waiting to settle their accounts.

“If you don’t have the money, get the hell out of here! Don’t hold the line! Move!” the cashier yelled, and the young woman’s eyes filled with tears.

Pierce had already spent more money than his wallet would allow, but when he saw the girl in need, his heart went out to her, and he decided to help her.

“Excuse me, ma’am. I’ll cover for her,” he said, handing his credit card to the cashier. “Please get her everything she needs.”

The woman had purchased so little that it would not even be enough for one person. There was a packet of inexpensive crackers, a small bottle of orange juice, and a loaf of bread in her shopping cart.

Pierce felt really bad for the young woman, so he grabbed a few more groceries from the shelves and asked the cashier to ring them up as well. The woman, whose face was obscured with untidy locks, turned to face Pierce to thank him, tears in her eyes. But as their gazes met, Pierce was frozen in shock.

“Mommy? Daddy, that’s mommy!” Layla shouted, and Pierce couldn’t believe his eyes. The woman was a vivid image of his late wife, Amanda.

She smiled faintly as she patted Layla on the head. “You must be mistaken, sweetie. I am not your mommy. Thank you for helping me, sir. I will never forget your kindness. I don’t have enough money to pay you back, but I can offer you my services for free. I used to be a teacher before I lost my job…” 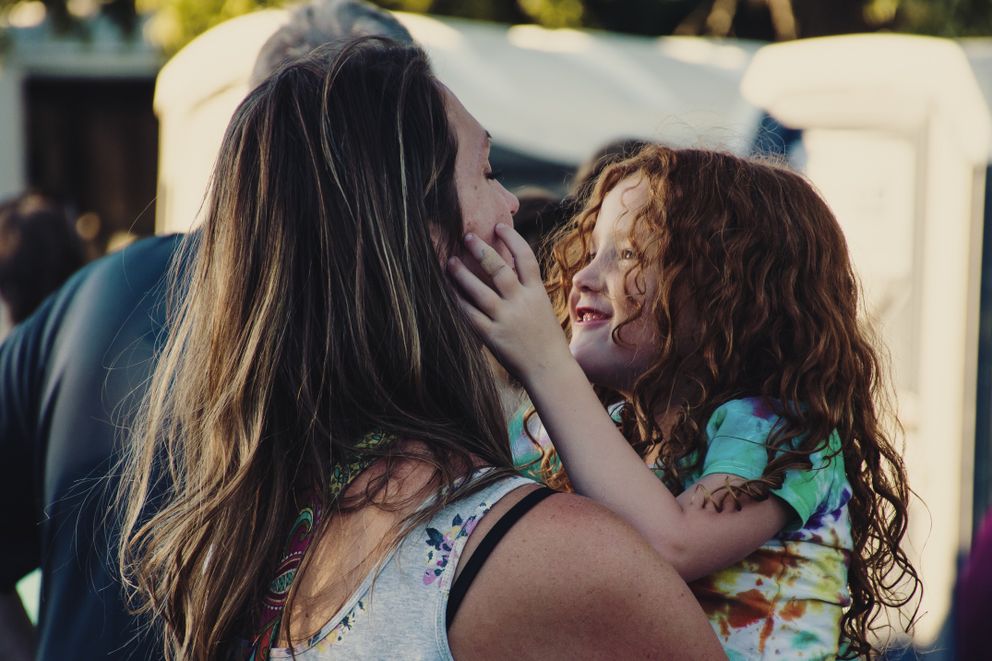 She handed Pierce a card with her address and phone number, but Pierce was so shocked that he couldn’t say anything. He accepted the card and nodded briefly as she walked out of the store with her purchases.

“This has to be all wrong. It’s my mind playing tricks on me!” Pierce told himself repeatedly as he saw her walk away. But deep down, he knew it wasn’t all in his head. If it were, Layla would have never reacted like that upon seeing the woman.

That night at home, Pierce sat alone for a long time, debating if he should get in touch with her. Was it possible Amanda had hidden something from him? Was he so much in love with her that he couldn’t see the obvious?

Pierce felt like his head was going to explode from all the questions he had, and he wanted answers. So he took Layla to the woman’s address for a demo class the next day. 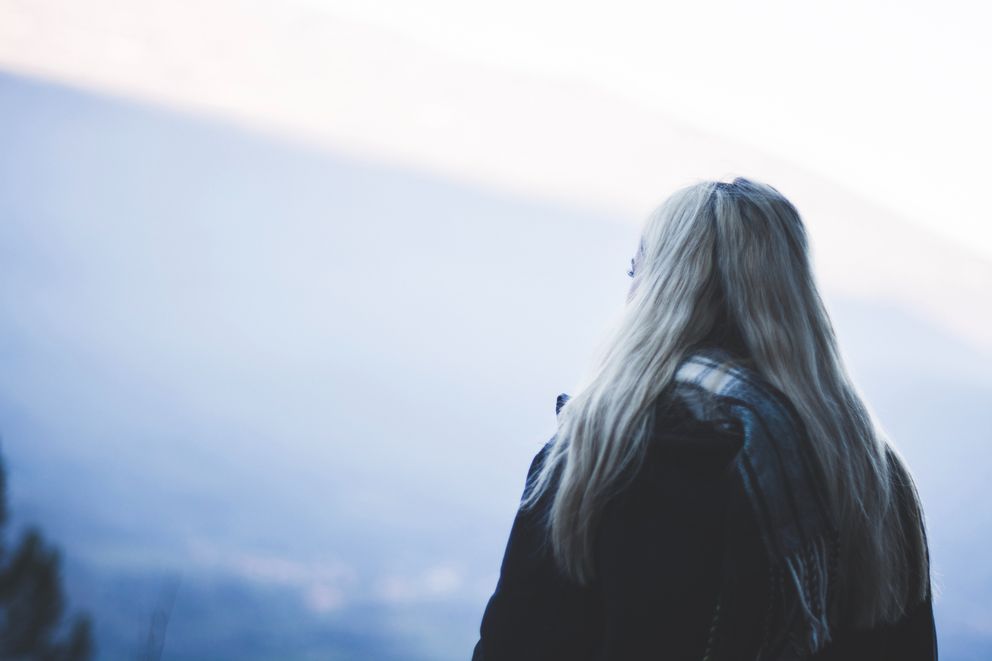 While the woman, Alice, taught Layla, Pierce sat far from them and watched her explain the subject to Layla. The way she spoke was nothing close to Amanda, but her face…how could she possibly look so similar to Amanda?

As Pierce was lost in his thoughts, Alice suddenly looked up at him. “Are you alright, sir? Do you need something? I see you’ve been staring at me for quite a while,” she pinpointed, and Pierce shifted uneasily in his seat.

Then an awkward silence followed before Pierce finally summoned the courage to confront her. He pulled a picture from his wallet and placed it on her table. “Strangely enough, you look like a younger version of my late wife, and I can’t get myself to believe it. She looked exactly like you in her 20s. Did you know her?” 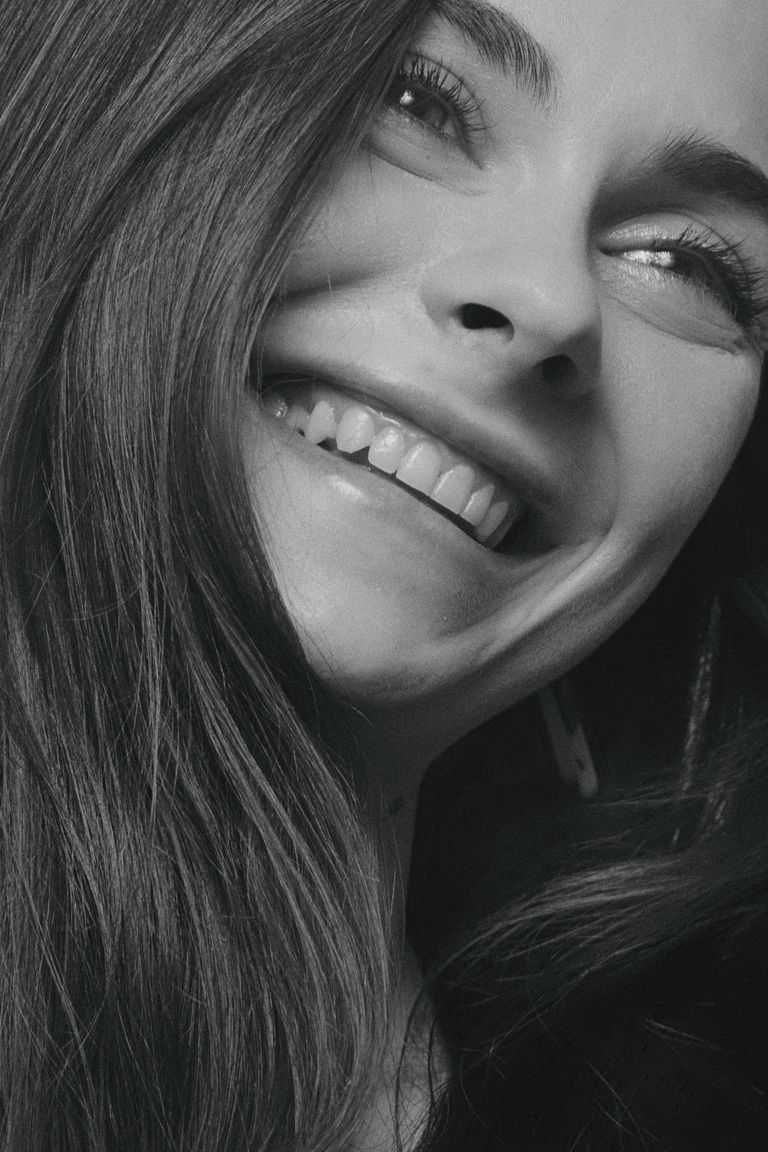 Upon seeing the picture, Alice’s eyes welled up. With trembling hands, she picked up the image, and her tears didn’t stop falling. “Mom? So she – she married you?”

“She gave birth to me when she was 16,” said Alice. “My dad left her before I was born, and in retaliation, she left me in an orphanage. I’ve been trying to find her, and now you’re telling me she’s no longer alive?”

“Are you out of your mind, girl?” Pierce lashed out at her, unable to take it all in. “Don’t even try to sell me lies! Amanda never told me anything about you!”

“That IS the truth, sir,” she said. “Just wait here. I need to show you something….” 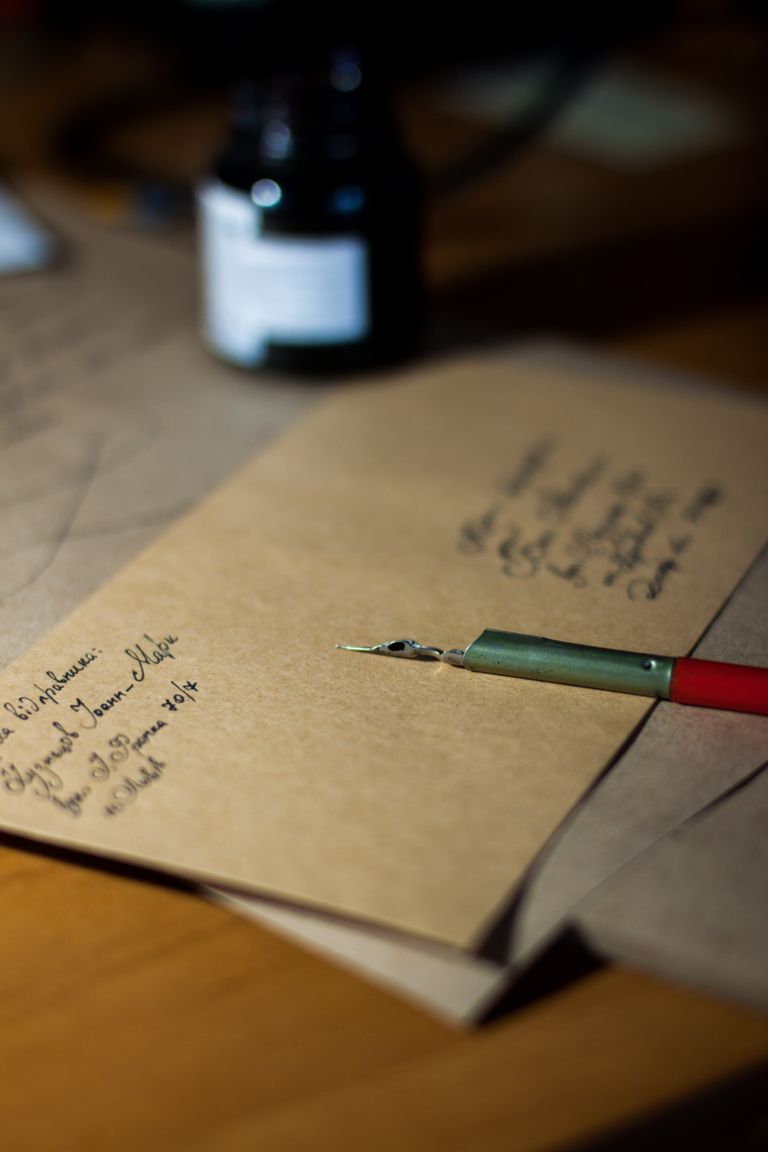 Alice returned with a pile of paperwork from the orphanage and retrieved a letter Amanda had left her. Pierce recognized the handwriting in the letter, and his world came crashing down around him.

“When Layla called me mom yesterday, it should have hit me. How could I miss it?” Alice sighed. “It’s terrible I never got to meet her. I was ready to forgive her if she accepted me.”

Pierce couldn’t believe it. The Amanda he loved kept the truth from him all her life. Why? Did she fear their relationship would crumble? Did she not trust him enough? And how could she give up on her child like that?

Pierce never expected life would plunge him into such a mess, but he knew in this situation, Alice was nowhere to be blamed. She’d already lost enough in life, and she deserved to have a family. 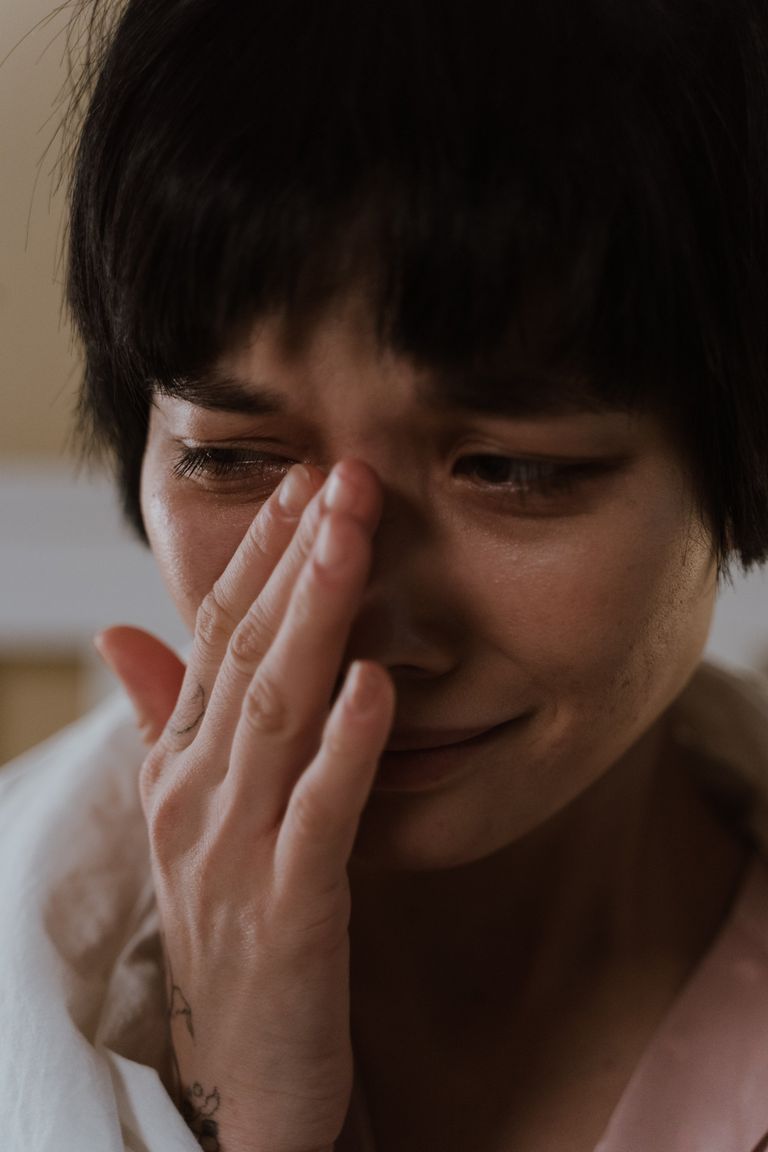 Keeping his heartbreak aside, he made her an offer. “I don’t care how or why Amanda did it, but I feel horrible that you’ve never known the love of a family, so I’m making you an offer today. Do you want to live with us, Alice? I am ready to adopt you.”

Alice looked at him, in tears. “Sir…”

“Dad,” he corrected her. “I’d appreciate it if you called me dad.”

Alice nodded with tears in her eyes, and she decided to start over as part of Pierce and Layla’s family. Meanwhile, little Layla was just wondering why her daddy and new teacher were crying.

“Why are you both so sad? Why is Alice going to live with us, daddy?” she asked innocently.

“Because she’s your sister, honey,” Pierce replied. “A sister that should have been found long ago….” 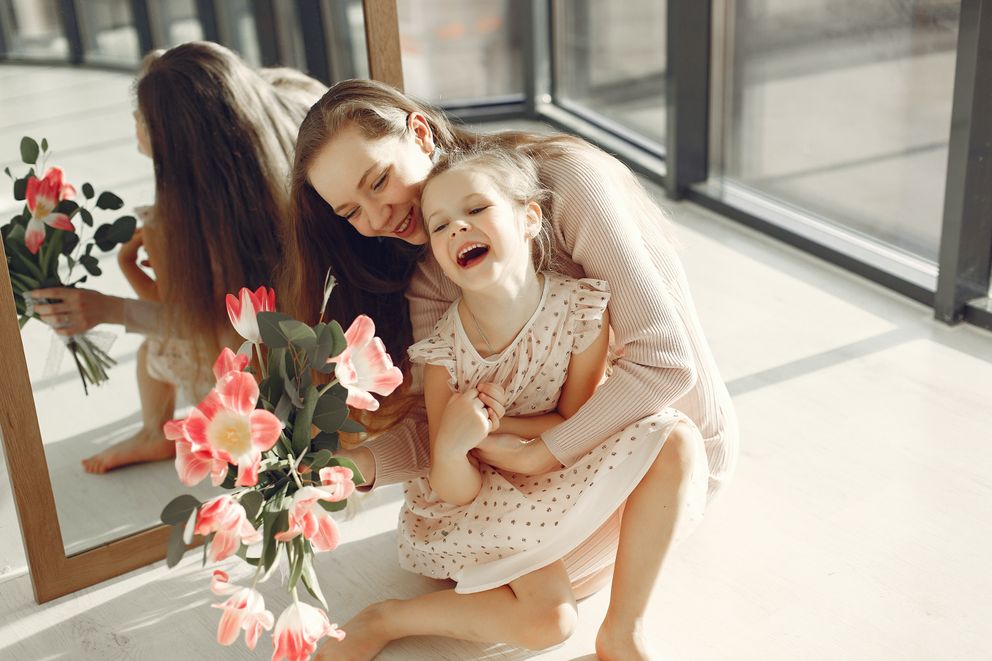 Sometimes, accidental encounters can lead to beautiful beginnings. Alice, who was abandoned by his birth parents, found a new family in Pierce and Layla. It all happened due to an unexpected encounter at a grocery, and Alice finally got the happy life she deserved.

Always help someone in need; you never know how it’ll turn your life around. When Pierce saw Alice wasn’t able to pay for her groceries, he stepped in to help her. That incident changed his life in a way he’d never expected.

If you enjoyed this story, you might like this one about a woman who mourned the loss of her daughter at the same spot daily and met her carbon copy there one day.