Widowed Postman and Dad of 3 Is about to Be Fired for Tardiness, Gets Promoted Instead — Story of the Day

Patrick struggled with tardiness at work after his wife’s death. He could barely make ends meet after cutting down hours to watch his children. But one day, he saw a little girl through a window, and something terrible was happening, so he rushed in and did something remarkable.

“You can’t be late all the time, Mr. Taylor. I’ve been patient, but it’s becoming an issue. This might not seem like the most urgent job in the world, but we’ve already accommodated you enough,” Patrick heard his boss, Mr. Finnegan, tell him in a reluctant voice, and he didn’t have any excuse.

Once again, he arrived late for work because getting his three children out of the house in the morning was so hard. Moreover, Mr. Finnegan was right. After Patrick’s wife died, they had accommodated him enough in the past few months. They allowed him to serve a part-time position as a postman, although they didn’t usually do that. 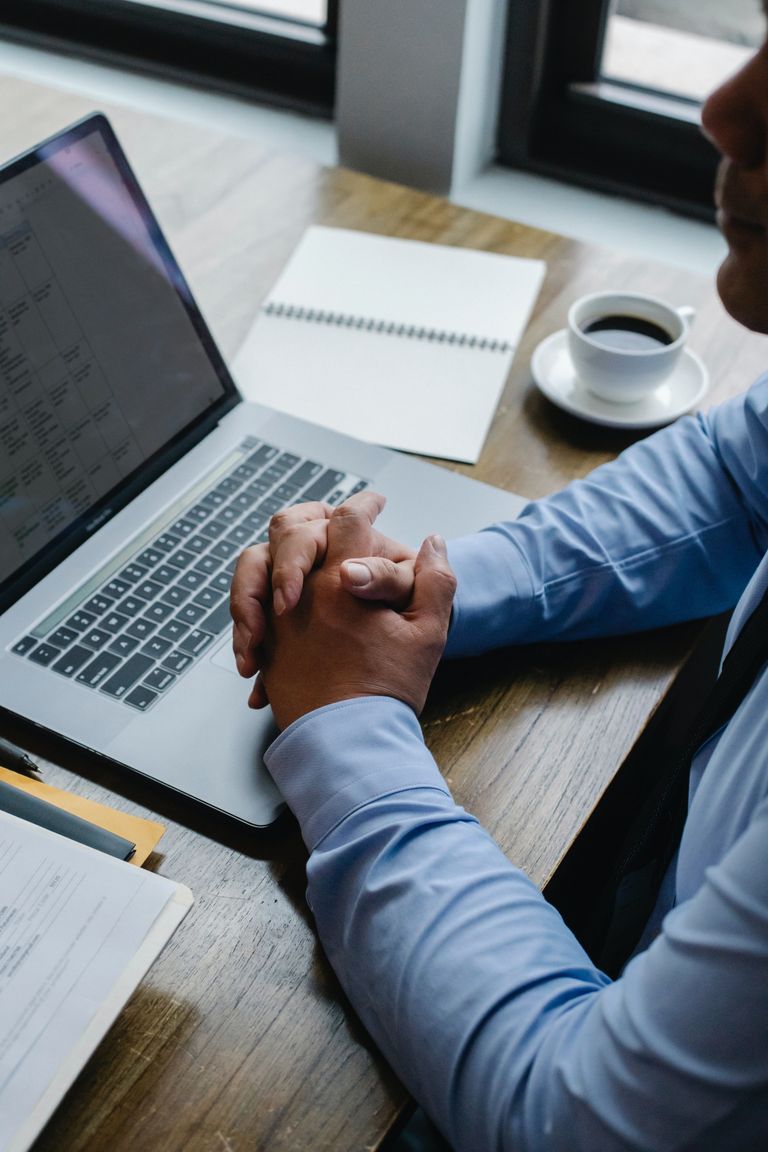 However, it was the only way Patrick could continue working because his eldest child, Kyle, was eleven, and he couldn’t possibly watch his siblings all the time. Therefore, he took the scolding from his boss and assured him he would do better.

“What’s going on here? Get away from my daughter!” she yelled, getting close to her daughter and shielding her.
“I’ll do the best I can, Mr. Finnegan. We’re still adjusting,” he stated, ashamed of himself for the excuse.

“I know. I know. And I know everyone adores you here and in the neighborhoods where you deliver the mail, so I’m going to pardon this again. But there won’t be any more chances. If it happens again, I’m going to be forced to fire you,” his boss warned gently. He was a lovely man, and Patrick truly appreciated it. He loved his job and he also adored the people he served in his routes through Montrose, Houston.

Most had become familiar faces to him, but meeting someone new and chatting for a bit during work was always wonderful. People also adored him because he was the best at his job, even if the last few months had been rocky for him in many ways. He never had a problem delivering letters and packages. He never made mistakes. Maybe that was why Mr. Finnegan gave so many opportunities.

But as Patrick sorted through his load for the day, grabbing his bag and checking packages, he knew this might be his last chance. And losing this job would implode their family even more. He got on his delivery truck and started driving while thinking of possible solutions to his tardiness. 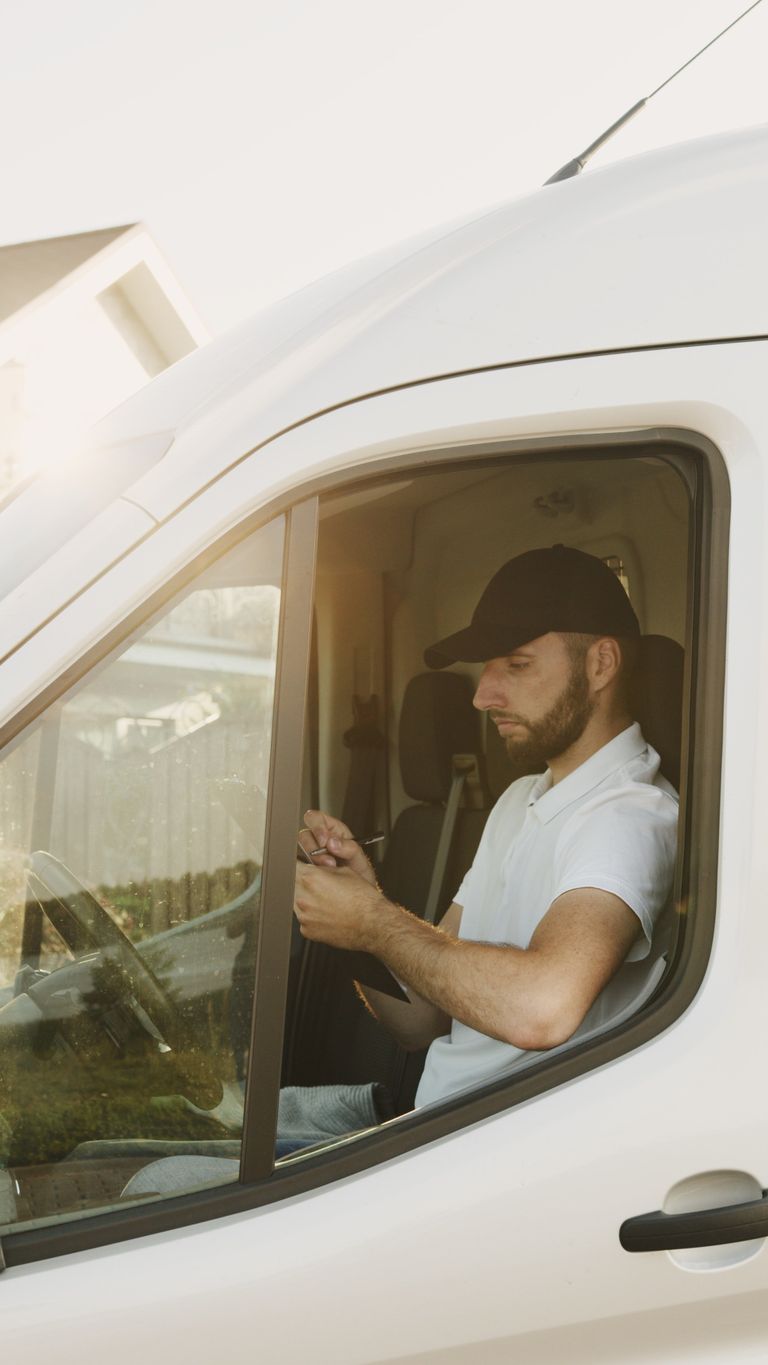 He needed to talk to his kids and get them up earlier, and maybe Kyle would be willing to step up and help in more ways. It pained him to have to rely on his child, but it was the only way he might keep food on their table.

At last, he arrived at his destination and forgot about his issues for the day, focusing only on the present and what he had to do.

At some point, he reached a cute house he had been to many times before, but Patrick knew the old owners had moved out. Someone he hadn’t met had obviously moved in, and they had ordered a bunch of stuff. He started unloading and putting things on their doorstep when he spotted a little girl through the side window.

Patrick waved, thinking the girl just wanted to say hello. But he was wrong. The child had wide, panicked eyes, and he watched in horror as she started coughing, raising a hand to her throat.

“Jesus!” he yelled and threw the mail on the floor. He rang the doorbell like a maniac, and his fist pounded on the door with such force that it seemed like the house was shaking. But no one was responding, and Patrick saw through the window how the girl started to turn blue. He had no time to call 911 or anyone else. 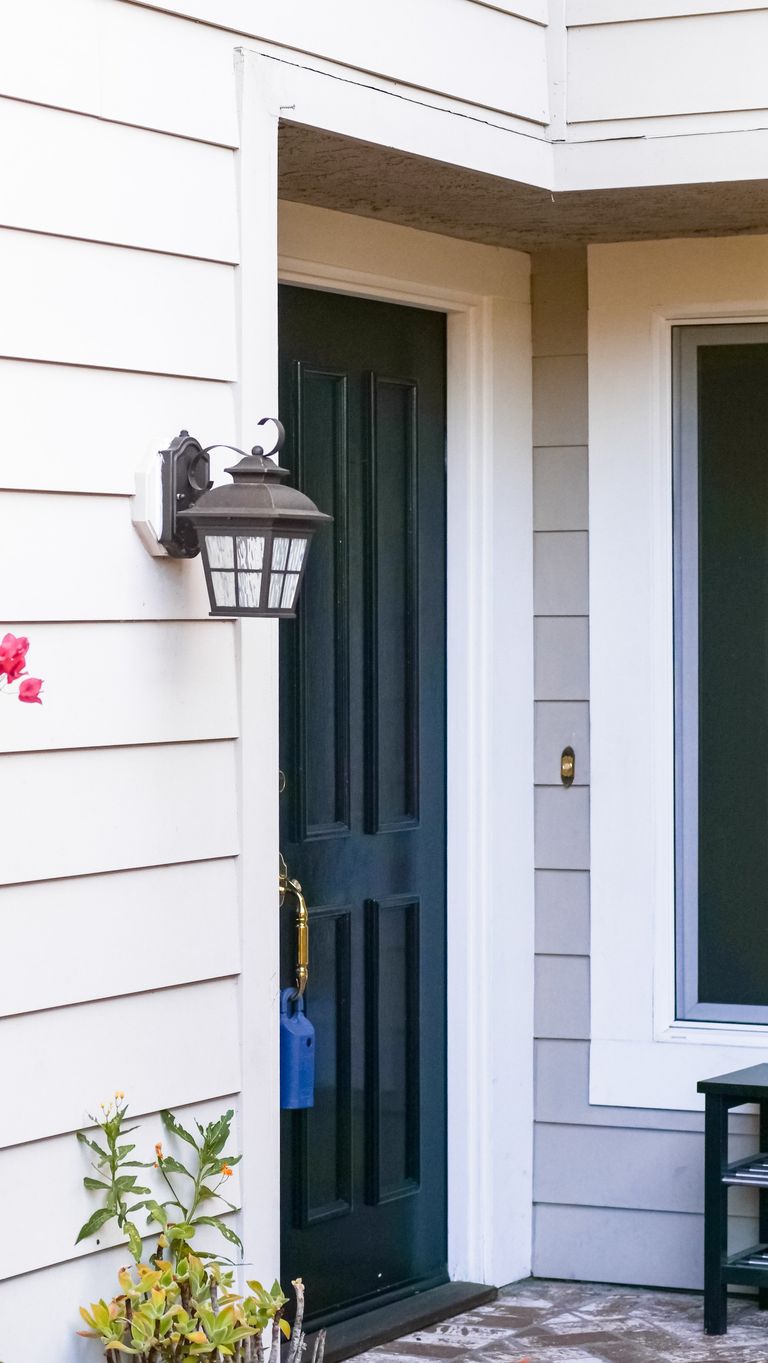 He raised his leg and used his big boot to kick the door as powerfully as possible. Finally, the hinges gave in, and the door swung open.

Luckily, his late wife had signed them up for first aid lessons when they had their first child because she had read it was a good idea. They had taught him the Heimlich maneuver in the course.

Patrick grabbed the little girl, applied the maneuver, and luckily, she spit out a chunk of cookies from her throat. The girl coughed, and her color returned, so he let go, grabbed her arms, and stared directly at her face.

The child nodded and spoke in a scratchy voice, “Yes. Thank you.”

Suddenly, they heard a voice. A woman had appeared from the hallway. She was wrapped in a bathrobe and her hair was twisted up with a towel. She looked at Patrick and her eyes widened in panic.

“What’s going on here? Get away from my daughter!” she yelled, getting close to her daughter and shielding her.

“Ma’am, ma’am! Calm down. Your child was choking on something. I knocked many times before she started turning blue,” Patrick explained with his arms raised in defense. 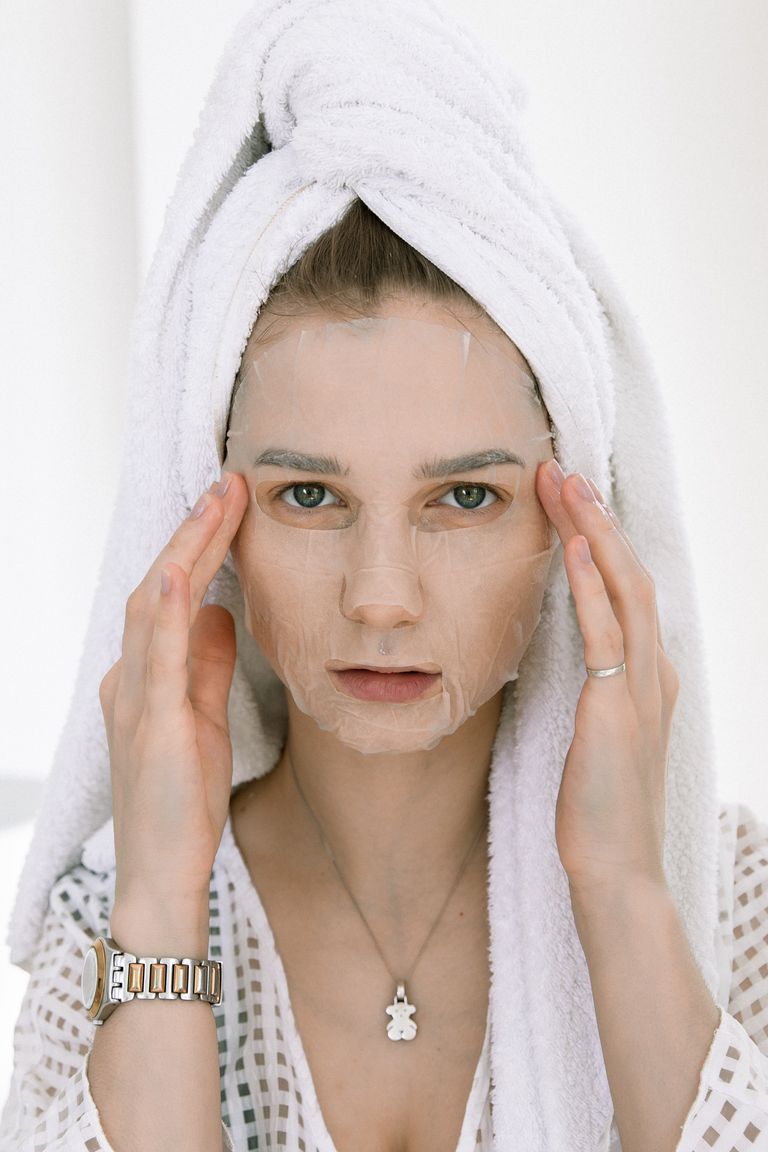 The woman was still in shock, but she turned to the little girl who was nodding along. “Mommy, I couldn’t breathe, and he saved me!”

Then the woman looked at the chunk of food on the floor, believing the whole ordeal. “Oh my god! I thought I was taking a quick bath, but I fell asleep. Oh my god! Thank you, sir. Thank you so much! What would’ve happened without you? Jesus!” she stated, kneeling and hugging her daughter tightly.

“It’s not a problem, ma’am. But I would call a doctor just to get a check-up. I’m Patrick, by the way. I was delivering your mail,” he explained, relieved that the woman believed him.

“I can’t thank you enough, Patrick. I’m Melissa, and we just moved here. I thought I could leave Kelly for a little while. But I should’ve kept the cookies away from her,” she said, still not letting go of her daughter. 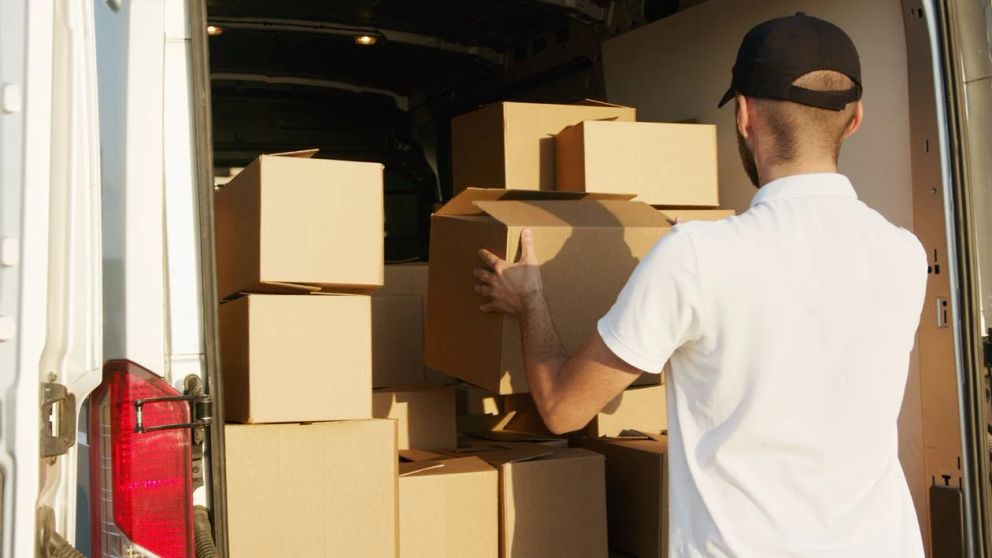 “Well, good. If you ever need anything else, I’m usually around,” Patrick stated and left as he needed to continue on his route.

Melissa and Kelly waved from the door as he drove off, and he felt amazing after saving the young child from a terrible fate.

His hours finished quickly after that, and he returned to the headquarters to leave the truck for the day. But surprisingly, Mr. Finnegan ran up to him and enveloped him in a huge hug.

“Sir, what’s going on?” Patrick wondered, his arms stiff at his sides in confusion.

“You just saved my niece! Melissa is my brother’s wife. She called hoping to find more information about you so she could send you a gift! Thank you! I love that child with all my heart, and you saved her!” Mr. Finnegan said gratefully.

To Patrick’s shock, his boss was almost crying in his arms, so at last, he returned the hug. “I only did what I could, sir,” he said, patting his boss’s back. 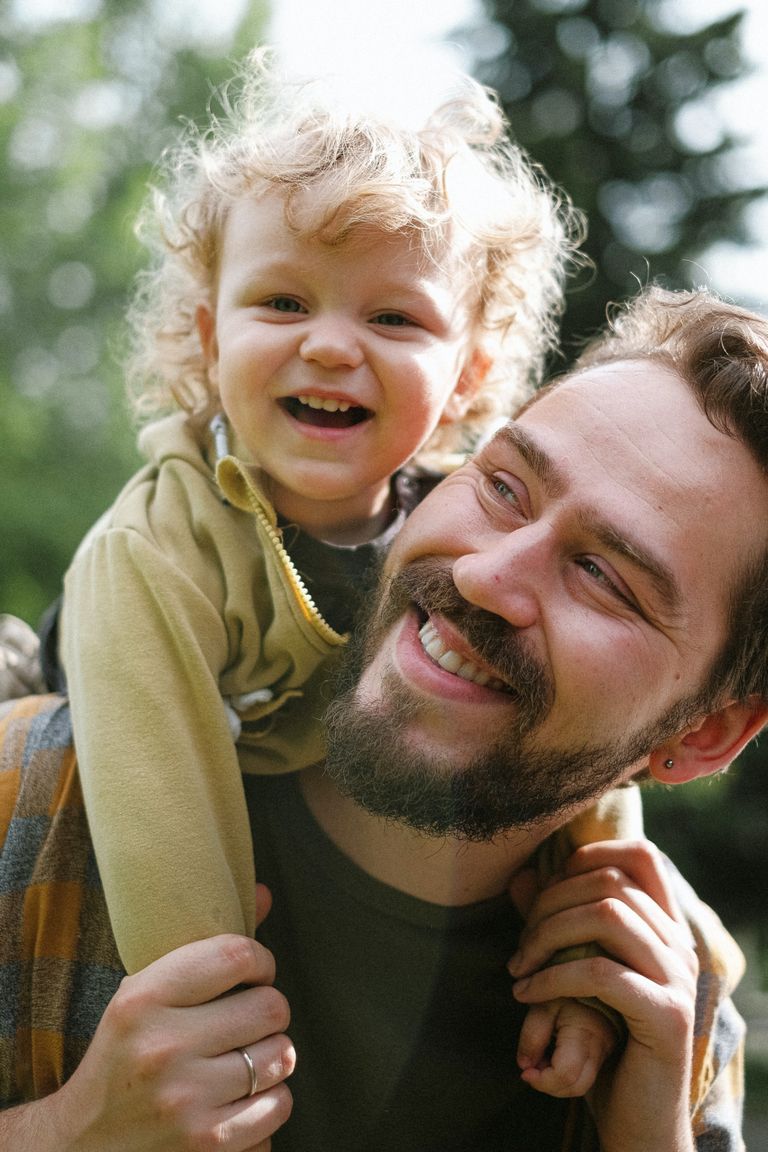 “No, you did everything! And listen, I’m going to promote you. Better pay and better hours. I know I was harsh this morning, but honestly, it’s because I need work here instead of out there. So, what do you say?” Mr. Finnegan offered with a big smile.

Patrick raised his eyebrows and accepted the offer immediately. With his new salary, he managed to hire a nanny for a few hours after school, so he could work without worrying about his children. And despite the loss of his wife, he and the kids settled into a new normal and their lives were steady.

It’s always a good idea to learn about first aid including CPR and Heimlich when you have children. Patrick was able to help the little girl out because he had learned these maneuvers for his own kids.

A good boss will understand that their employees have issues too. Mr. Finnegan did everything he could for Patrick because he knew the man was struggling to take care of his family. Instead of firing Patrick for his tardiness, Mr. Finnegan gave him a promotion to help ease his burden and to say thank you for saving his niece.