After the Queen’s death, there was a family dinner at Balmoral that Meghan was not invited to.

Prince Harry and Prince William reunited after the grandmother passed away despite their feud.

At Balmoral, two dinners were hosted. One was for King Charles III and his heir, Prince William, while the other was for the rest of the family.

Queen Elizabeth II passed away on September 8, 2022, immediately making her son King Charles III. However, as she passed away, there was tension in the family.

As the family rushed to be by Queen Elizabeth II’s side after she was placed under medical supervision on the morning of September 8, one family member was missing from the reunion. 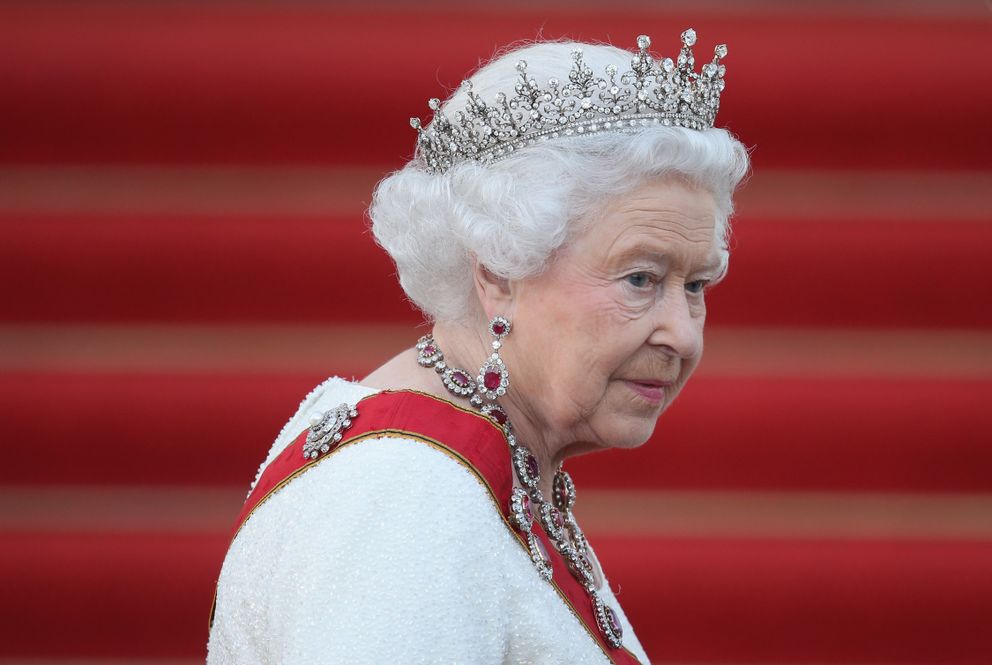 “Express UK” claims that Prince Harry was told by his father not to bring his wife with him when he came to say goodbye to his grandmother. Other family members, such as Prince William and the Queen’s children, were there.

It was initially reported that Prince Harry and Meghan Markle would arrive at Balmoral together. However, “Express UK” alleged that King Charles III advised Prince Harry against bringing Meghan, saying:

“Charles told Harry that it wasn’t right or appropriate for Meghan to be in Balmoral at such a deeply sad time.” 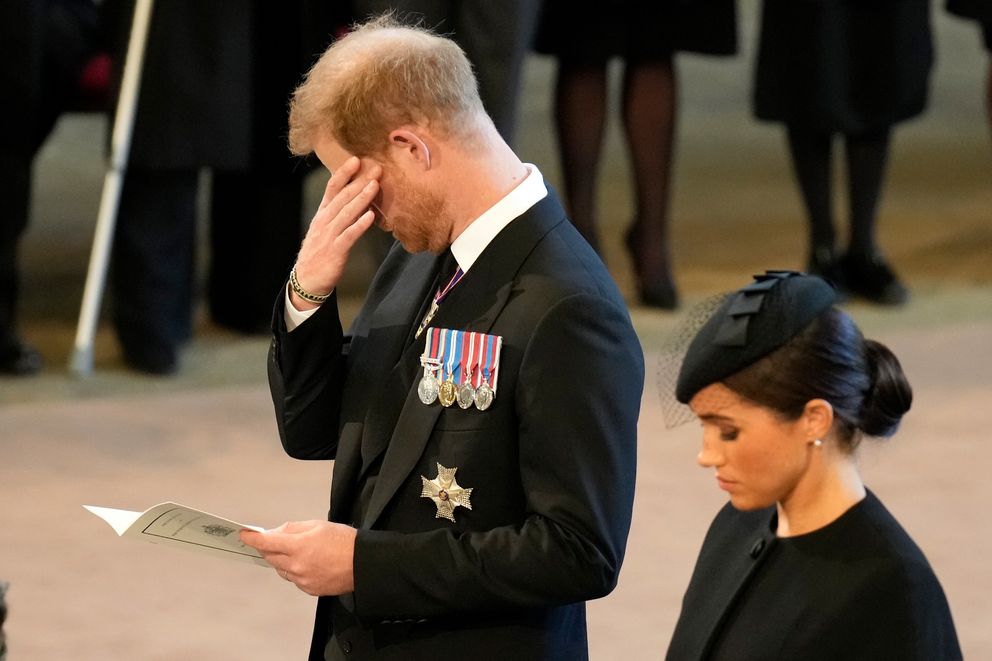 King Charles III is claimed to have told his son that his brother, Prince William, would also not be joined by his wife, Princess Kate. King Charles III told Prince Harry that the gathering was limited to close family.

“Page Six” alleged that the conflict could have been produced by the bombshell interview that Meghan did days before the Queen’s death, in which she mentioned that Prince Harry had lost contact with his father after he and Meghan quit The Firm. 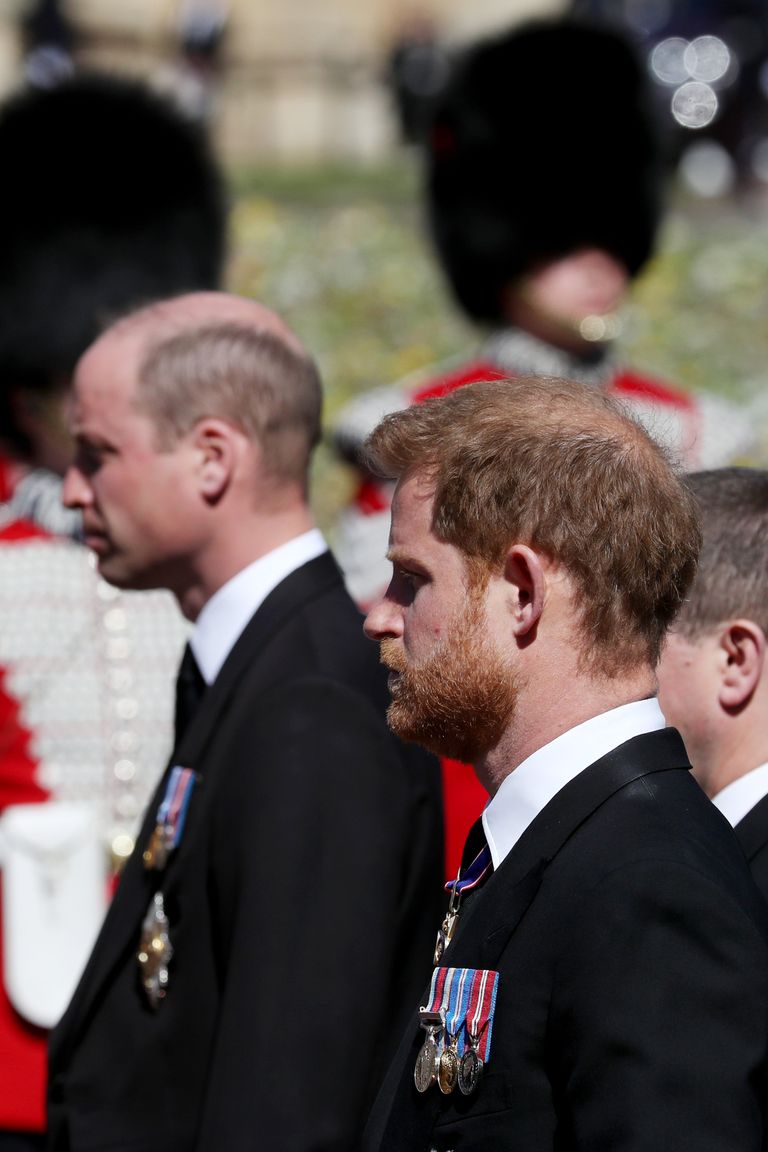 “The Sun” claimed that the decision to exclude Prince Harry was made hours before the Queen’s death as the family was concerned that he might reveal the details of the dinner in his upcoming book.

The Princes Put Their Differences Aside

After leaving The Firm, it was understood that Meghan and Prince Harry drifted away from royal family members. One relationship that took particular strain was the one between Prince William and Prince Harry. 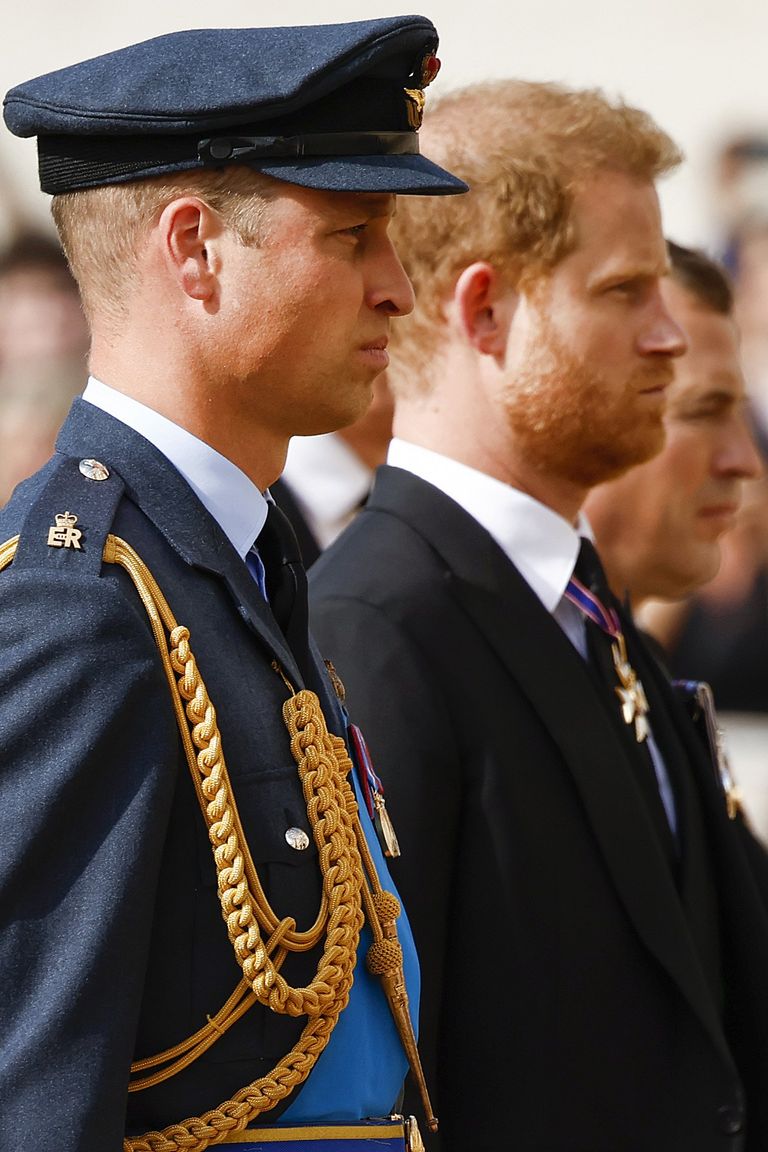 However, after their grandmother died, the now heir to the British throne, Prince William, extended an olive branch to his brother. He invited Meghan and Prince Harry to attend a walkabout with him, and Princess Kate says, “The New York Post”.

They planned to walk around Windsor Castle and look at all the tributes left for the Queen by fans, reports “The Guardian.” They then planned to talk a little bit to the crowds before going to attend to other royal business.

However, as “The Times” claims, the truce was not something that came about quickly, and the brothers took a long time to decide the right decision for each of them and their wives. 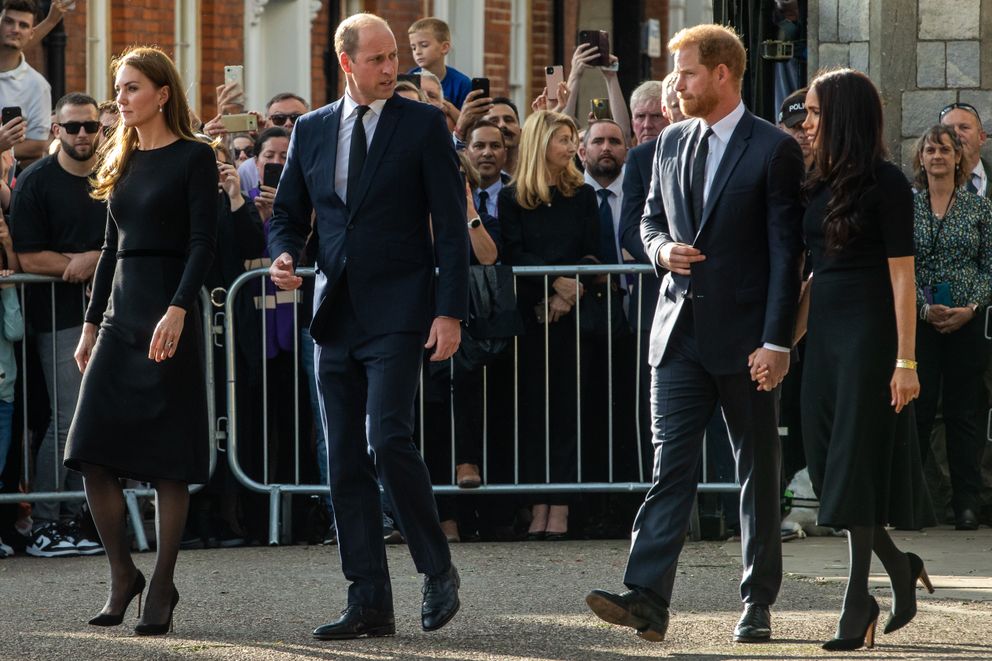 The publication alleged that the brothers were in extensive negotiations about the event, which led to the entire thing beginning 45 minutes later than it was initially planned.

After much deliberation, they settled on exactly what and how they would do things at the walkabout. However, there was a visible air of tension between Princess Kate and Meghan Markle at the event. 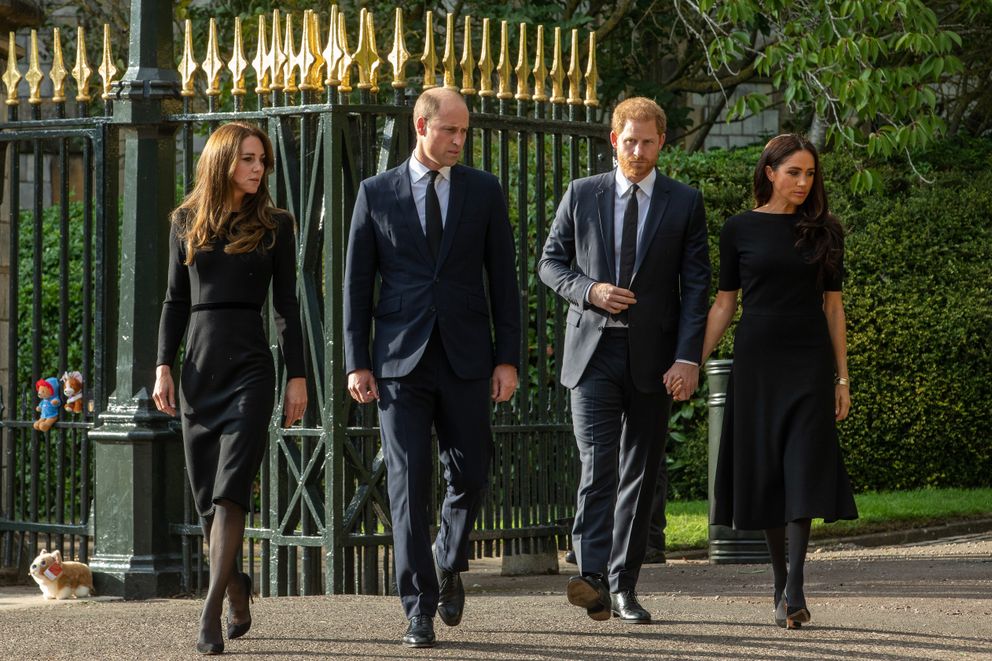 Many fans noticed that Princess Kate barely acknowledged Meghan and that Meghan was not as confident as she usually was, leading people to wonder what was going on between the two of them.

Despite tension building over the last two years with Prince Harry and Meghan leaving The Firm, the brothers have made an effort to reconcile after their grandmother passed away, which has pleased fans. 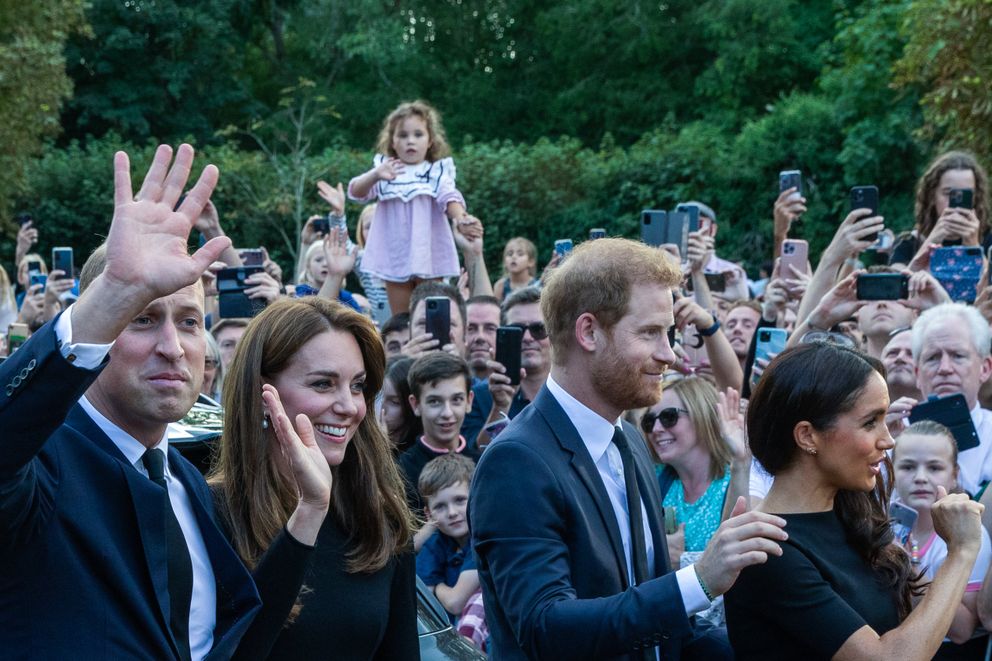 “The Fab Four,” as Princes William and Harry and their wives were known, have displayed unity many times since the Queen’s death and continue to do so as royal proceedings go ahead.

The brothers have stepped out together a number of times since their grandmother’s passing and have given fans hope that there might be a genuine truce in the works.

Most recently, Prince William, Princess Kate, Prince Harry, and Meghan shared an intimate dinner after receiving the Queen’s coffin, reports “The Sun.” It was a gathering of only family, with no pictures released. 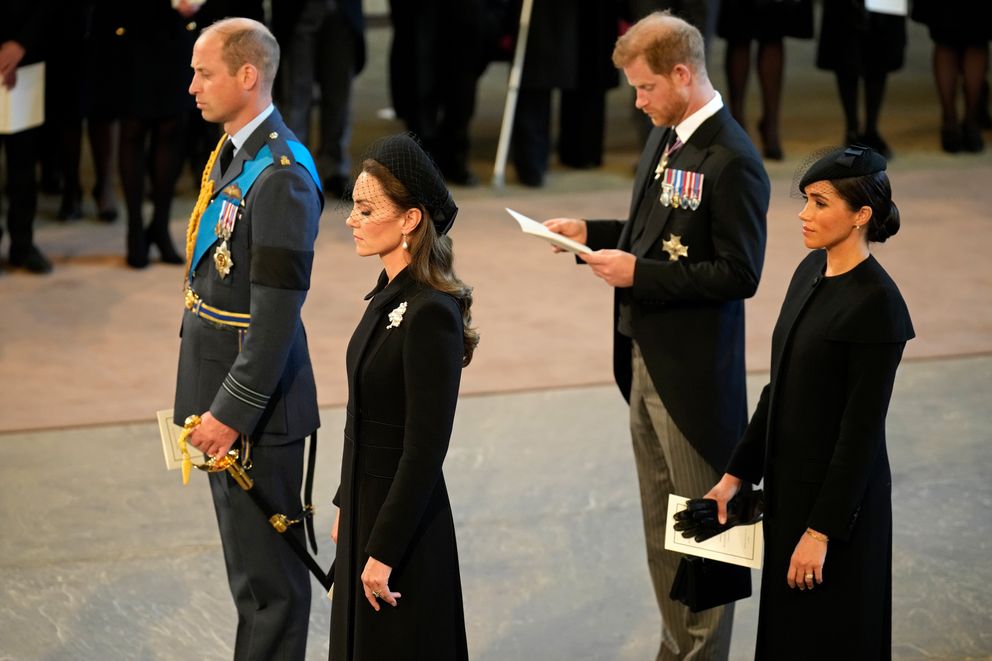 Unlike many other royal engagements since the Queen passed away, this one was not covered by the press and gave the family time to simply be with one another and enjoy each other’s company.

“The Sun” claimed that the fact that the brothers were willing to sit down to an intimate dinner together is a good sign that they’re eager to set aside their differences to mourn their grandmother.

“Independent” confirmed that King Charles III and Queen Consort Camilla also attended the somber dinner. This meal had both brothers in attendance, unlike the meal at Balmoral on the day the Queen passed away. 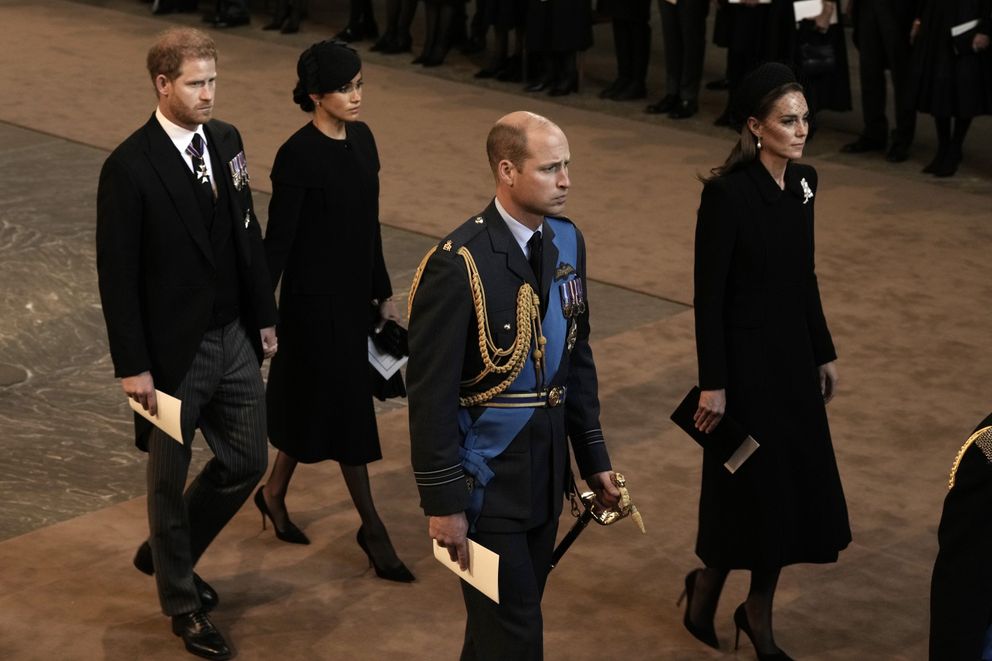 This meal was a gathering of close family, wives included and is a stark contrast to the division seen on September 8, when King Charles III and Queen Consort Camilla did not invite Prince Harry to dinner.

This dinner was held at Buckingham Palace and was the last night that the Queen spent in her London residence. She was driven through the gates past her fans in a hearse that she designed herself.

The brothers received the coffin and appeared emotional as they saw the coffin. “The Sun” mentioned that it was a reminder to them of having to bid their final farewells to their mother years ago. 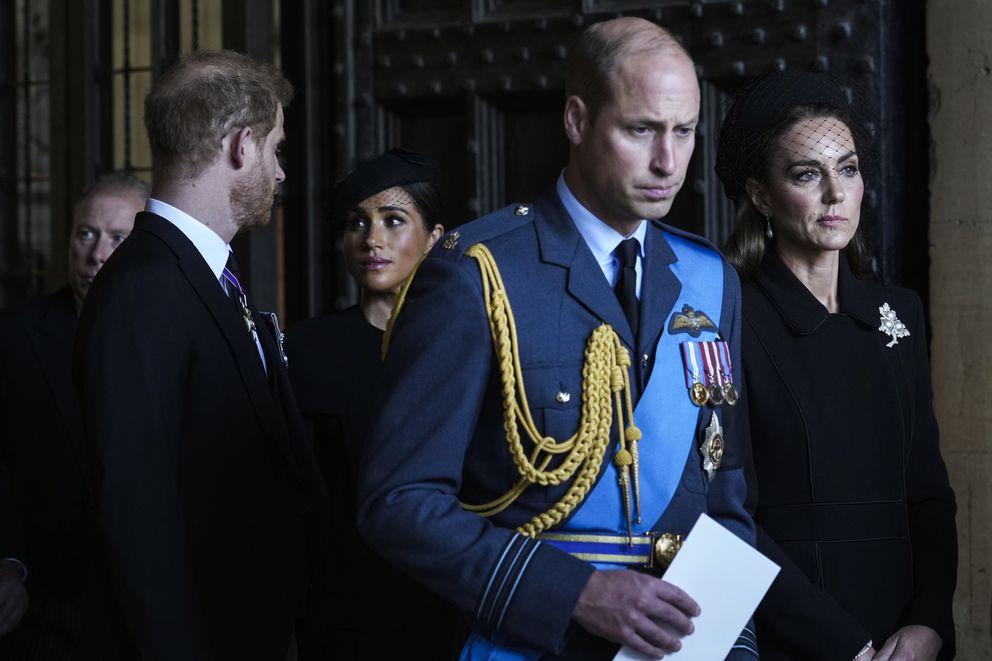 They then reunited with their wives to pay their respects to Queen Elizabeth II in prayer, which was done in a service to honor the late monarch.