When a school worker painted a New Testament Bible verse on a coworker’s parking spot, a Jewish employee at the Florida high school found it extremely “offensive.” As an instructional assistant, Marina Gentilesco works closely with students at the Wiregrass Ranch High School in Pasco County, Florida. However, her religion is not carefully considered by the school district which believes that the Christian teacher should be allowed to cover the parking lot with Bible verses if they want to do so although the verses are deemed offensive by people who are not Christians.

Marina Gentilesco explained that the Bible verse makes her angry every time she sees it because the person painted it on the parking lot without considering people who are not Christian. The controversial passage painted in the high school parking lot comes from the New Testament, Philippians 4:13, which states “I can do all things through Christ which strengthens me.” 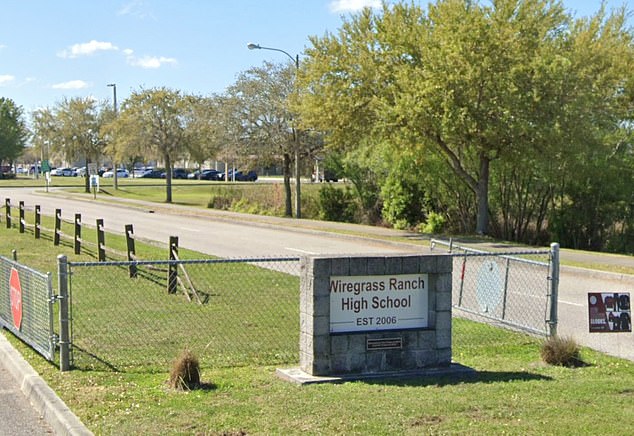 As a descendant of Holocaust survivors, Gentilesco takes personal offense to the painted Bible verse in the parking lot. She wished the person would change the verse to something that is inclusive of all religions and not just those in Florida who are Christian by faith. 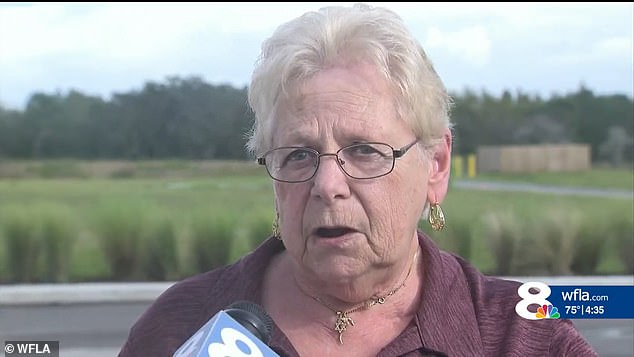 “I feel like it’s attacking me as a Jew,” Gentilesco told Fox 59. “It brings me to the verge of tears because it brings me back to the six million that perished because of our faith — because we’re Jews.”

The Jewish school employee does not believe that the phrase is offensive in all locations. She simply thinks it belongs in a church parking lot and not in a parking lot of a school in Florida.

“You put it on a state-funded property ‘I’m not okay with it,” she said. 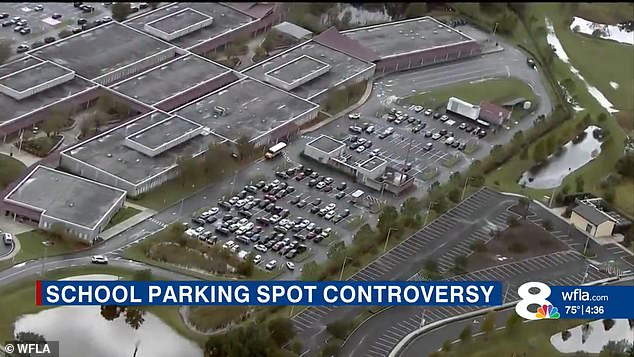 Gentilesco decided to report the verse. She went to the school principal who in turn went up to officials in the school district to see if the Bible verse could stay or if it had to go per the Jewish worker’s wishes.

Pasco County Schools, which is located in a heavily Christian part of Florida, reviewed the Jewish worker’s request and quickly denied her. They passed along their word that they would not be removing the Bible verse from the public school parking lot because they want the Christian teacher to be able to use the words to inspire other people to live in the light of Jesus Christ – even if they are Jewish by faith. 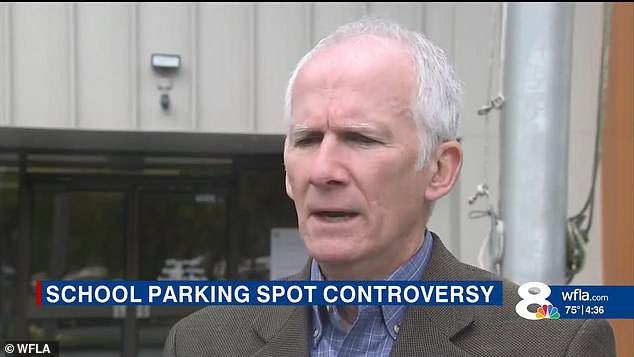 “It’s not a violation. This is personal expression,” explained Pasco County Schools Public Information Officer Stephen Hegarty. “There is no proselytizing going on. It’s not compelling students to do anything one way or the other.”

Hegarty also believes that the Bible verse in the parking lot is not connected to what children are learning in the school.

“’It has nothing to do with instruction. It’s just a teacher expressing themselves just like they might wear a crucifix on their shirt. Teachers and students are free to express themselves,” he said.